Many of us like to follow the trajectory of the actors we consider very talented, either because we love the way they play the roles, or because they look too good on the screen and we cannot avoid looking at them. Through this article, we will take the opportunity to remember Tom Hardy and his excellent performances in film and television.

A very talented thief named Cobb is dedicated to stealing money from the bank accounts of his victims while extracting from the depths of their minds the strangest secrets. It is a hazardous profession, but he is the best at it.

To return to his normal life, Cobb and his team must do the impossible by instilling an idea into the mind of one of its victims, instead of stealing it. If all goes well, it will be a perfect crime. But it is very dangerous, and everything can go wrong.

Batman is still missing due to events in Gotham eight years ago. But evil will not wait for him. A dangerous criminal named Bane decides to become a threat to the city, so Bruce Wayne will be forced to return.

Tom Hardy made an excellent interpretation of Bane, despite having his face covered at all times. Christopher Nolan explains that one of the reasons he completely covers Hardy's face in movies is because of his ability to act and express himself with his eyes.

A young boxer named Tommy Conlon returns home to prepare for a crucial tournament after being away for many years. He will be trained by his father, a former boxer with a severe drinking problem and a hideous character.

The tension in the family complicates the situation, but Tommy will look for a way to get ahead. It should be noted that Hardy trained a lot for the role of Conlon, gaining more than 12 kg of muscle mass to be able to interpret the image of the character correctly.

A post-apocalyptic film with Tom Hardy - the fourth in a series of cult films about Max Rockatanski. Max and other rebels flee the Citadel, escaping from the cruel tyrant of Undying Joe. Their path lies through the lifeless desert, but it will not be easy: Mercenaries will not let them leave calmly.

Hardy starred in the film. Mel Gibson, who played Max Rokatanski in the previous parts of the series, approved his candidacy and, as we see, was not mistaken about the talent of the actor. The film received six Oscar awards and four awards from the British Film Academy.

The hunter, Hugh Glass, who was seriously injured, was abandoned to die alone. But the hero was stronger than his companions though. He could survive even in the harsh winter of the Wild West, to take revenge on John Fitzgerald, who was the person who abandoned him.

This is the same film for which Leonardo DiCaprio finally received his Oscar. And Tom Hardy, who played the main antagonist, was nominated for the Best Supporting Actor Award but didn't win the statuette despite his incredible performance.

The film is based on real events that occurred at the beginning of World War II. The central theme of the story is the evacuation of hundreds of thousands of British, French and Belgian soldiers surrounded by Germans in the vicinity of Dunkirk.

The enemy is fast approaching, and with every minute, the chances of getting saved are getting smaller. Tom Hardy obtained a robust dramatic role when interpreting the British pilot Ferrieur, and this is another film in which they worship the capacity of the actor to express itself through his eyes. 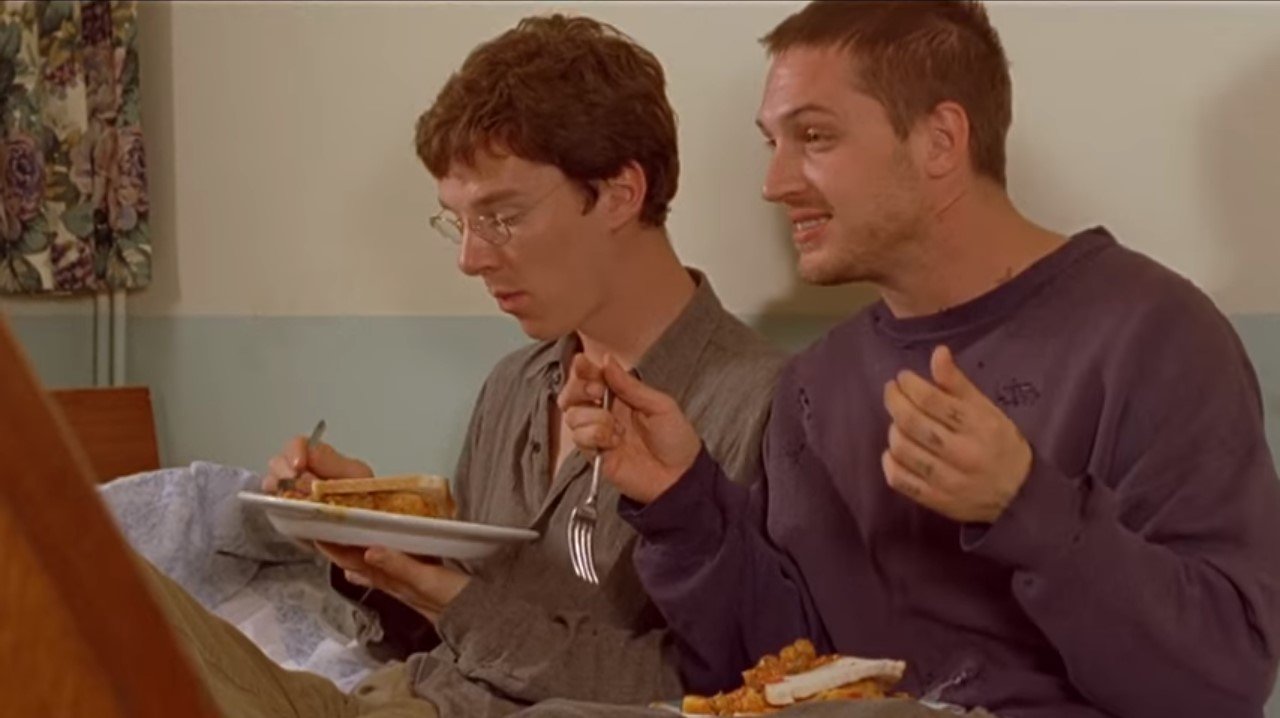 This film is about the story of Stewart Schorter, who was a disabled child and over the years became a sociopath, an alcoholic, and a criminal who lives on the streets of the city. The film was based on the book by Alexander Masters, a friend of Stuart.

It's a movie that is worth watching only because of Hardy's performance. The way in which he reflects the character of Stuart may not please all people, but it definitely makes you analyze it carefully to understand his past and the way in which he acted.

It is a thriller about the criminal world of London represented in the unmistakable style of Guy Ritchie. In the plot, we find a Russian oligarch and bandits who owe money to dangerous people, as well as a manufacturer of rock and roll that cause many problems.

In a city where nothing happens without the knowledge of the criminal authority of Lenny Cole, chaos reigns. Hardy doesn't appear too long on screen, and the image of his character doesn't look like any of his previous roles, but it's an interesting movie.

During the time of the Great Depression and the dry law, three brothers of the Bondurant family did what was necessary to enrich themselves with the illegal sale of alcohol. Jack was trying to impress a girl, Forrest is skeptical, and Howard is the one dealing with the corrupt police agents.

The movie is based on real events. The body of Forrest Bondurant, played by Tom Hardy, should have been thinner. However, the actor was preparing at that moment for his role as Bane in "The Dark Knight" and should maintain the necessary physique. 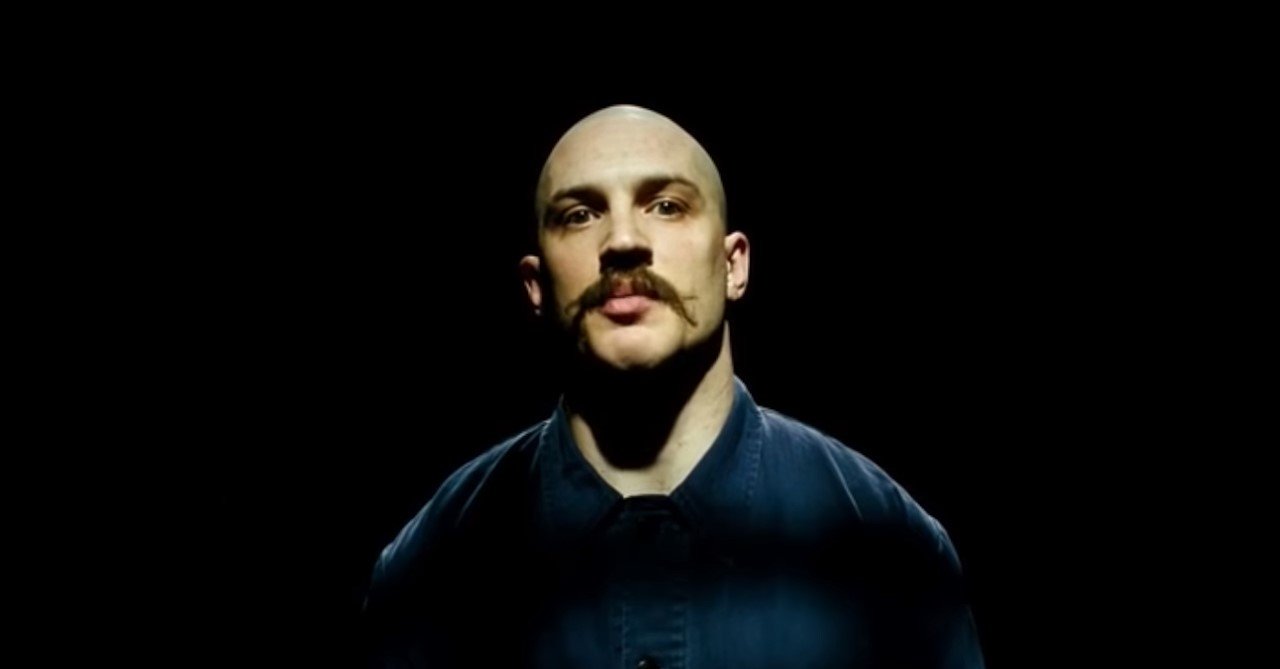 The story tells how, despite being born into a happy family, Michael Gordon Peterson became Charles Bronson, one of the most dangerous criminals in England, and spent in solitary confinement most of his life due to all his crimes.

During his preparation for the film, Hardy gained 19 Kg and even communicated directly with the real Bronson to understand the character a bit better. The actor's performance was praised by many people because of the real and strong emotions expressed.

George Smiley, a former British intelligence agent, is in charge of conducting a secret investigation with the purpose of exposing a Soviet spy who infiltrated the secret intelligence service to filter classified information to Russia.

The role of the charming MI6 agent, Rikki Tara, who is in charge of seducing the wife of the Soviet spy, was a coincidence. The general producer of the film noticed Hardy's resemblance to actor Robert Redford in his youth, so it seemed perfect. 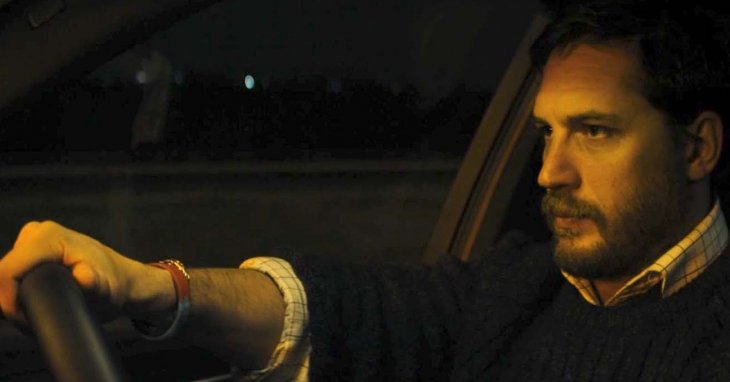 This is a one-camera-film about the experiences of an ordinary person: husband and father of two children. However, the night changes all his life because he has to break into another city for the birth of his illegitimate child and the consequences that will bring.

Tomorrow is an important day for him, but he will have to deal with inexperienced helpers, he is having a cold, is tormented by doubts, and he doesn't know how his wife will take the truth about his betrayal. It should be noted that Hardy is the only actor that appears on camera during the film.

Bob Saginowski works in a bar that criminals use to launder money for their misdeeds. In one of their shifts, the bar is stolen, and the police officers who direct the investigation begin to scrutinize the past of the business while the bosses want to recover their money.

Hardy plays the lead role so that we can enjoy his performance throughout the film. This character is changing rapidly throughout the film, and the actor brilliantly interpreted this transition by showing the emotions experienced by Saginowski.

This film takes place in the United Kingdom, around 1960. The twins, Reggie and Ronnie Cray, are essential figures among criminals because they are at the head of one of the biggest criminal gangs. However, nothing happens without leaving a trail, and the brothers are investigated by experienced detectives.

The film was based on the book " The Art of Cruelty: The Rise and Fall of the Twins Cray "written by John Pearson. Hardy was awarded the BIFA British Independent Film Award for Best Actor. Or rather, actors? Hardy played the two brothers during the film.

During the 1920s there is a war between the criminal clans of Birmingham. The Shelby family, who leads the gang "Peaky Blinders" is increasingly influenced by cruelty, but their life is poisoned by the police and its competitors. Hardy joined the 2nd season of this series.

James Kezaya Delaney, a long-time adventurer, returns to his native London after absenting himself for more than ten years. He wants to build his own business empire, but in order to do this, he first has to face the East India Company and the British government. Hardy played the leading role and was one of the directors. 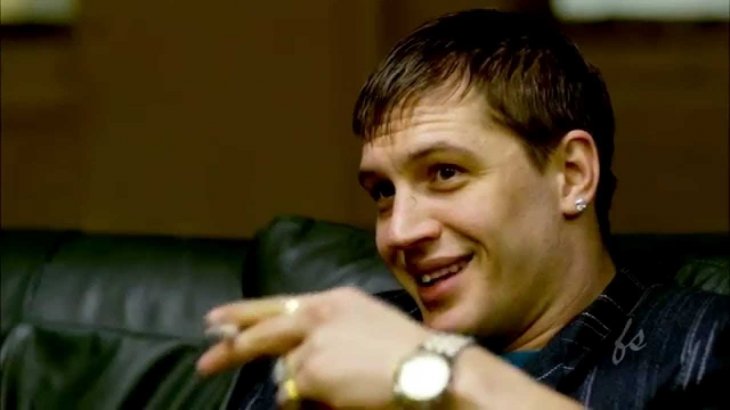 Freddy Jackson was in prison and took the opportunity to establish useful links with other criminals. When he was released from jail, he decided to take advantage of these links in his new crimes to take advantage of what he learned while being locked up but first, he will seek revenge for the betrayal. 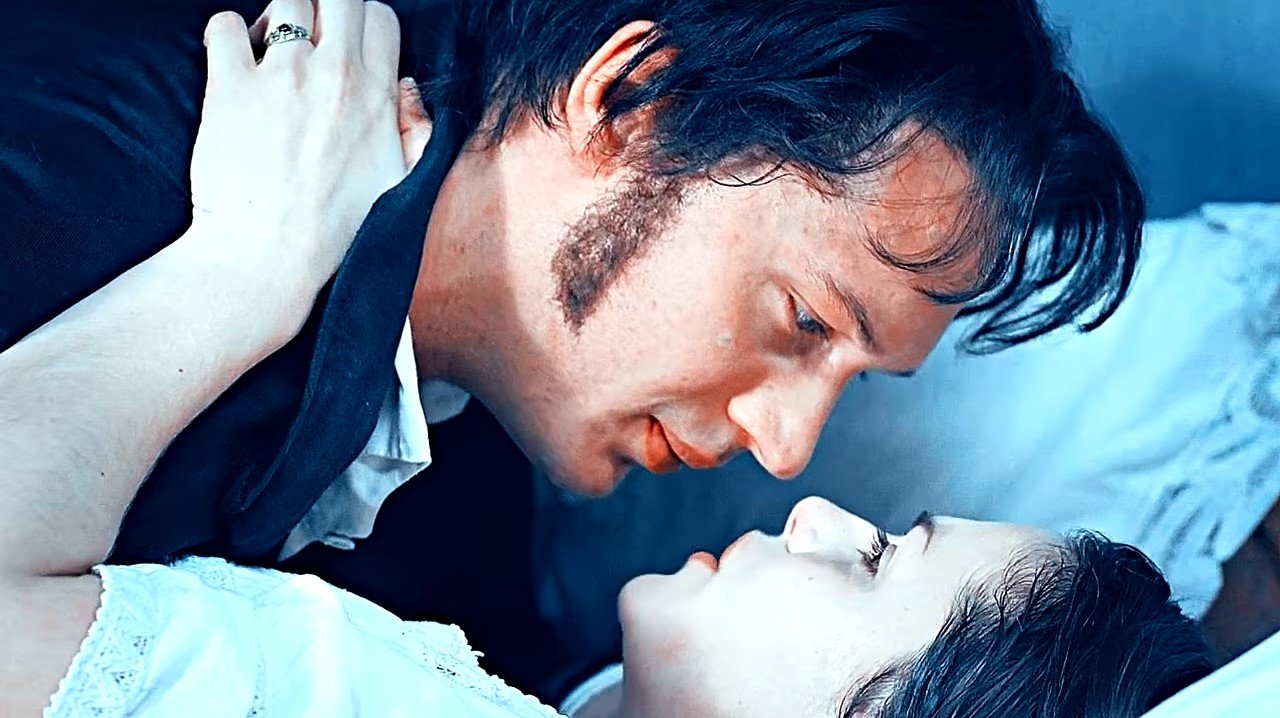 Wuthering Heights is the state where the family of Earnshaw lives. One day, Mr. Earnshaw brings home a boy named Heathcliff, who quickly becomes friends with Katherine, the daughter of the head of the family. The feelings of Katherine and Heathcliff become love, but their happiness will have many obstacles. 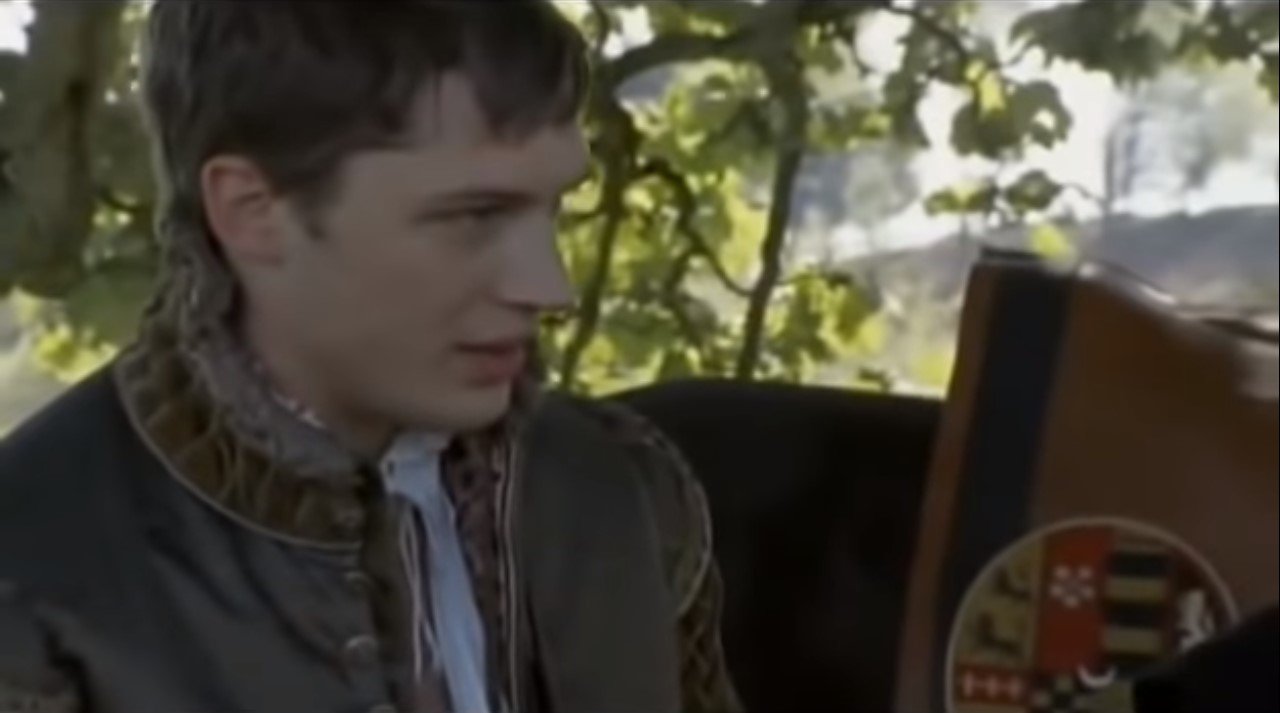 The mini-series tells the story of Queen Elizabeth and her personal life. It is not easy to govern the country, but trying to hide a romance with a loved one from childhood, Robert Dudley, who is already married to someone else, is even more difficult. Despite being a very different role for Hardy, it is worth seeing him with a suit of the sixteenth century. 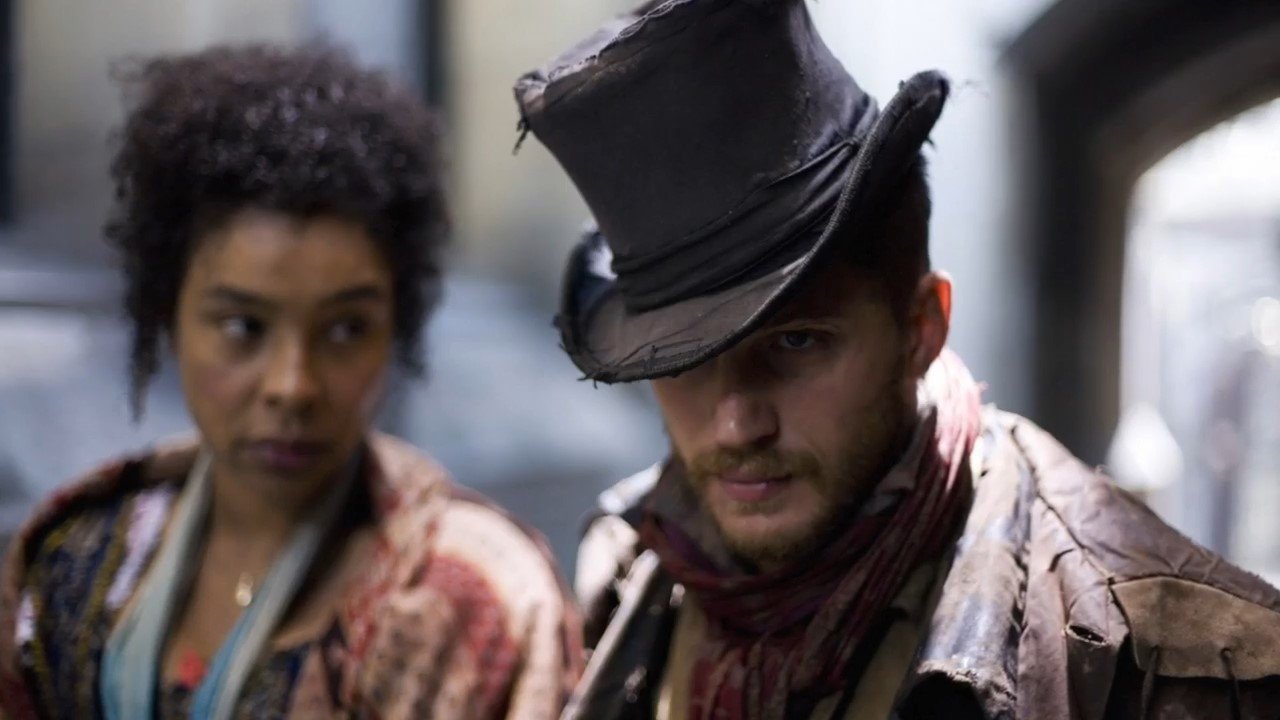 The orphan Oliver Twist has a problematic destiny because he is a child that gets caught in a variety of complicated and unpleasant situations. He becomes a victim of evil desires, but he retains his dignity and morals above all else. Tom Hardy brilliantly played the role of antagonist Bill Sykes.

The story and talent of this actor have been reflected year after year with each of the roles he has played. From comic characters to great heroes and tragic villains. Despite playing roles to which we are already accustomed, there are many other characters with whom Hardy has surprised us, either by the level of preparation necessary for it or by the way in which he managed to capture the essence of each of those stories.