‘Avengers: Endgame’ had a bunch of twists and turns that surprised even the most dedicated fans. And with all the theories that were floating around about possible new villains, along with some surprising character appearances in the movie, the end of the 'Infinity War' saga surely left everyone shocked. Let's take a look at everything the new sequel brought us, and all the theories that were made beforehand.

THE PLOT OF THE FILM

Basically, the remaining Avengers tried their best to undo Thanos’ snap and get back all the loved ones they lost. However, some fan theories explain that the villain of the next movie is not the Mad Titan, but someone ten times more fearsome. It could be an entity such as Galactus, the Living Tribunal or even the Celestials. However, this one particular notion points to Kronos, the ruler of Time in the Marvel Universe.

The first part of this idea says that the ‘Avengers: Endgame’ logo could describe the appearance of a new Jim Starlin for the MCU. The second part points to several behind-the-scenes pictures where Doctor Strange is with an unknown person with a CGI outfit, which means that there is a chance for Kronos. The accepted theory for the upcoming motion picture is that time travel will be the key. 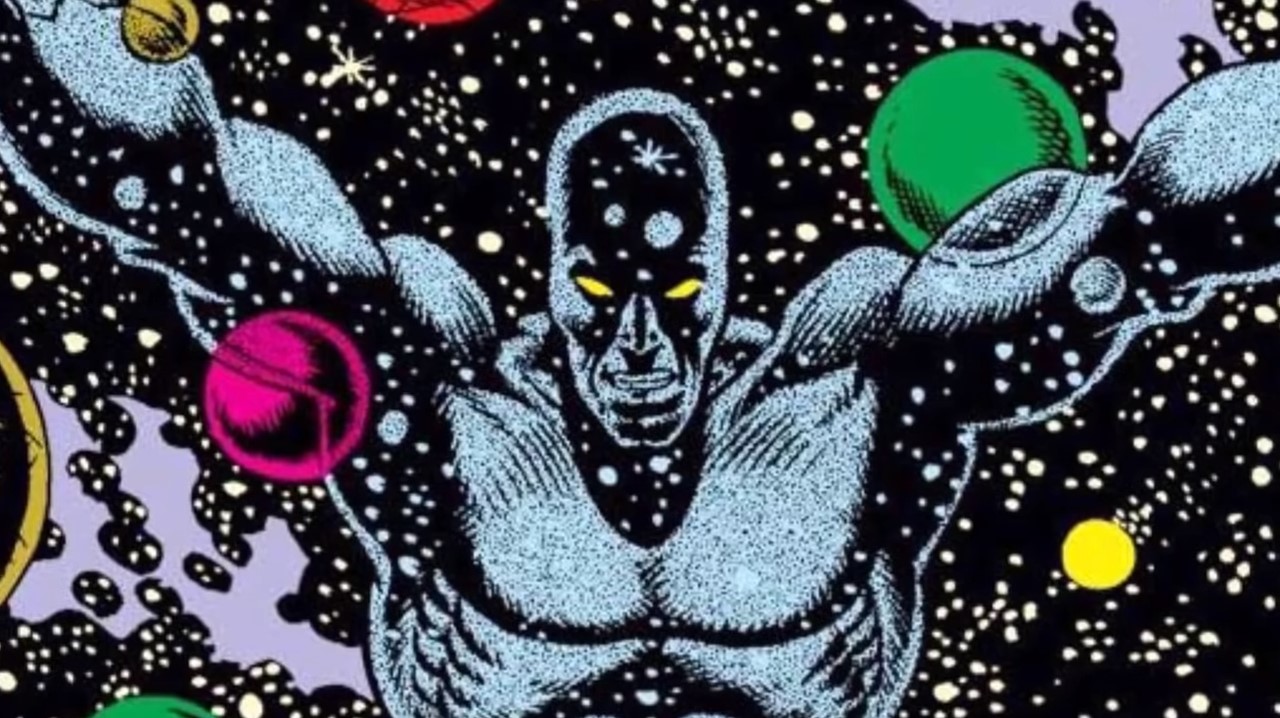 The Quantum Realm will be essential for it to happen. Kronos could be trapped inside the Quantum Realm and help the superheroes with their plan. He could have been imprisoned there ages ago to stop him from wreaking havoc on the current universe. However, the Avengers might release him from that plane of existence accidentally.

If so, Kronos might go crazy trying to find those that confined him there in the first place. There are several indications that something like this could happen, especially the fact that Jim Starlin will be getting more credits in this project. Starlin was responsible for making the Marvel Cosmic Universe into what it is today. He created the basis for Thanos, Gamora, and Drax as well as other characters in the cosmos.

Kronos is one of those characters and Thanos’ grandfather. Furthermore, he is an Eternal, and such characters will be introduced to the MCU soon. The idea for the film is that since the Mad Titan already completed his mission, he won’t be the main villain. Other villains were also slated to appear in the movie, but let’s take a look at several others that were included as well.

He is one of the main villains of the Hulk, and his personality in ‘The Incredible Hulk’ was very similar to the comic books. However, after gaining the seat of Secretary of State, he became a pest for the Avengers with the Sokovia Accords. During ‘Infinity War’, he wanted War Machine to arrest Captain America and the others, but they had bigger difficulties.

‘Iron Man 2’ is not the best film in the MCU, but Sam Rockwell’s Hammer was pretty great for fans. He is the anti-Tony Stark with the same attitude and arrogance but without the smarts. He was last seen during the ‘Hail to the King’ shot in ‘Iron Man 3’ when Trevor Slattery was locked up in the same prison.

It would be interesting to show what happened to the people that were locked up during the snap. Half the police guards are gone, and they might not be able to keep everyone in check. Vulture could have survived. He could also decide to start his crime operation once again, now that Spider-Man is gone and the rest of the Avengers are busy. 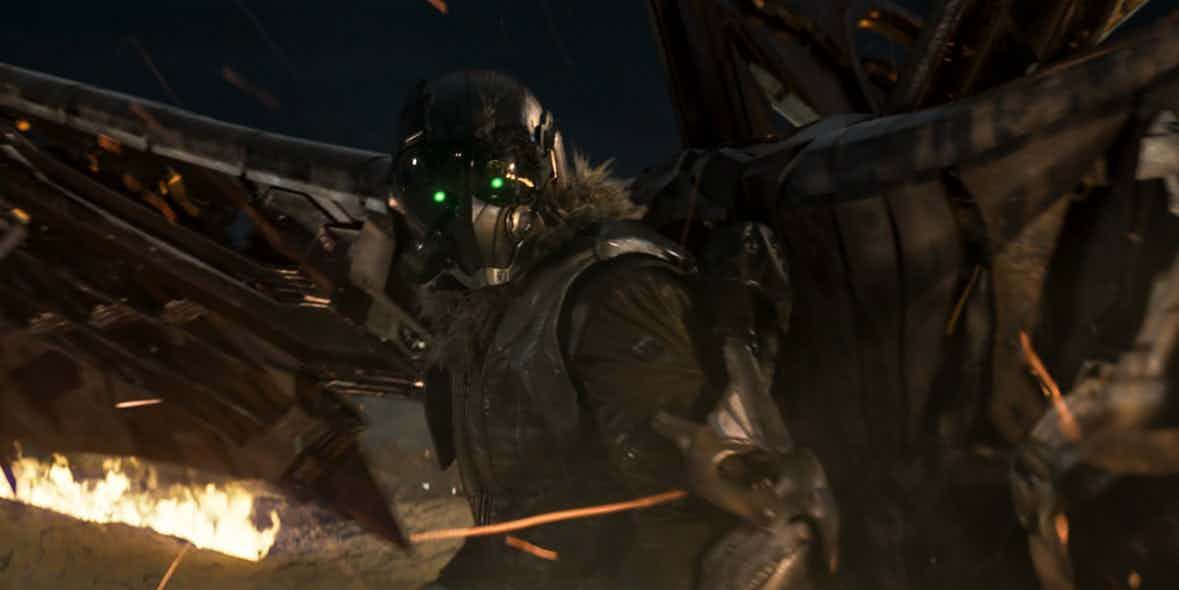 It’s definitely been refreshing that the Avengers no longer deal with HYDRA, but fans believed the organization could make a comeback during this dire hour. Villains like Crossbones could confirm the presence of the evil operation once again. They were last dealt with after it was discovered that they had infiltrated S.H.I.E.L.D.

Ronan, The Accuser, will come back for ‘Captain Marvel’, but that film is a prequel so that does not secure his place in the future of the MCU. While everyone hated him during ‘Guardians of the Galaxy’, no one can deny that the character is interesting.

Although it seemed that Hela died during ‘Thor: Ragnarok’, especially because she got her power from Asgard, fans believed there was a chance that she could return. She is the Goddess of Death, after all. Perhaps, Hela cannot be killed at all. Loki has faked his own death several times.

If you don't like this Hela wallpaper there could be Hel to pay. Play the Arenas to add her: https://t.co/QHe4P6RNBw pic.twitter.com/sNratndEFR

Surtur managed to bring forth Ragnarok, but what could the character be up to if he has fulfilled his destiny? He might even be dead, but fans theorized that there was a chance that he is still around.

#DidYouKnow The fire giant, Surtur, comes from the realm of Muspelheim and it has the ability to manipulate heat and flames. pic.twitter.com/T0fw76Ki6J

Fans believe that the Celestial could appear once again, and although he is a bit crazy, as a powerful force of the cosmos, he would've been angry about Thanos’ actions. There is a new novel about the Mad Titan that takes place in the universe of the MCU. In it, they talk about beings that Thanos fears, and the Celestials are part of that.

The Grandmaster of them all. #Thor vs. #Hulk #WorldSmileDay 😃 pic.twitter.com/pCXzYJqI3D

‘Civil War’ saw the Avengers fighting each other which was perfect for Thanos’ plan, and Zemo is the only other villain the MCU who achieved his goal. He might have been caught, but his plan was to destroy the Avengers. Furthermore, his actions helped that Mad Titan, and he might be glad about it.

Although Crossbones was killed during ‘Captain America: Civil War’, his return has been confirmed. It might be plausible if time travel is involved, but the theory was that he could also appear during a flashback. He was part of S.H.I.E.L.D. before his allegiance with HYDRA was revealed. 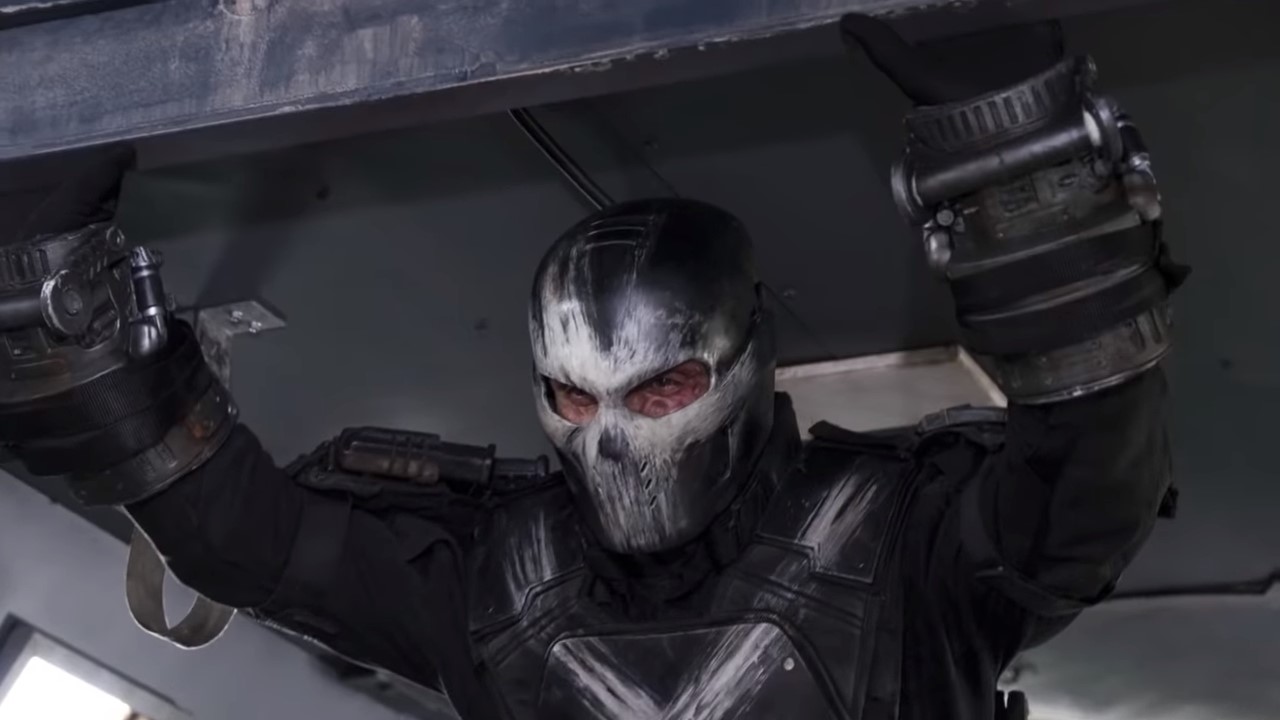 Thanos’ first appearance in the MCU also included a lackey called The Other, who told him that the Avengers were not to be messed with. He was killed by Ronan in ‘Guardians of the Galaxy’, but Ebony Maw seemed to fill his role during ‘Infinity War’. Fans also believed this might happen during a flashback, and that Marvel could tie it with Thanos that appeared in the last film.

His brief appearance during ‘Infinity War’ was an illusion created by the Mad Titan. Therefore, no one has any idea where the Celestial is at this point. He could be dead if he tried to stop Thanos from getting the Reality Stone. However, fans theorized that if the Avengers go back in time to try and collect the Infinity Stones before the Mad Titan, the Collector would definitely appear. 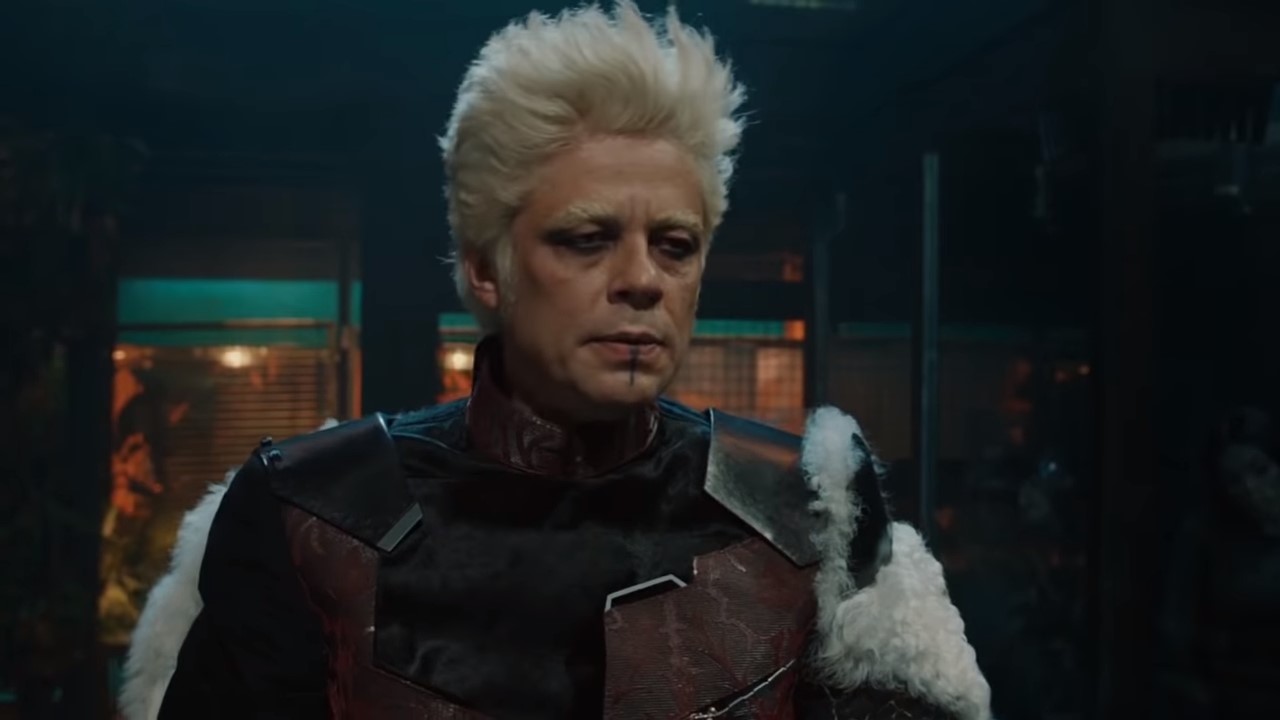 ‘Infinity War’ revealed the fate of Red Skull, who was trapped as a guide to the Soul Stone in Vormir. However, now that the stones have been gathered, Marvel fans thought his role could have changed. He might still be cursed, but with no gem on Vormir to keep, he could be free. If so, the idea was that he could go back to Earth and exact revenge. 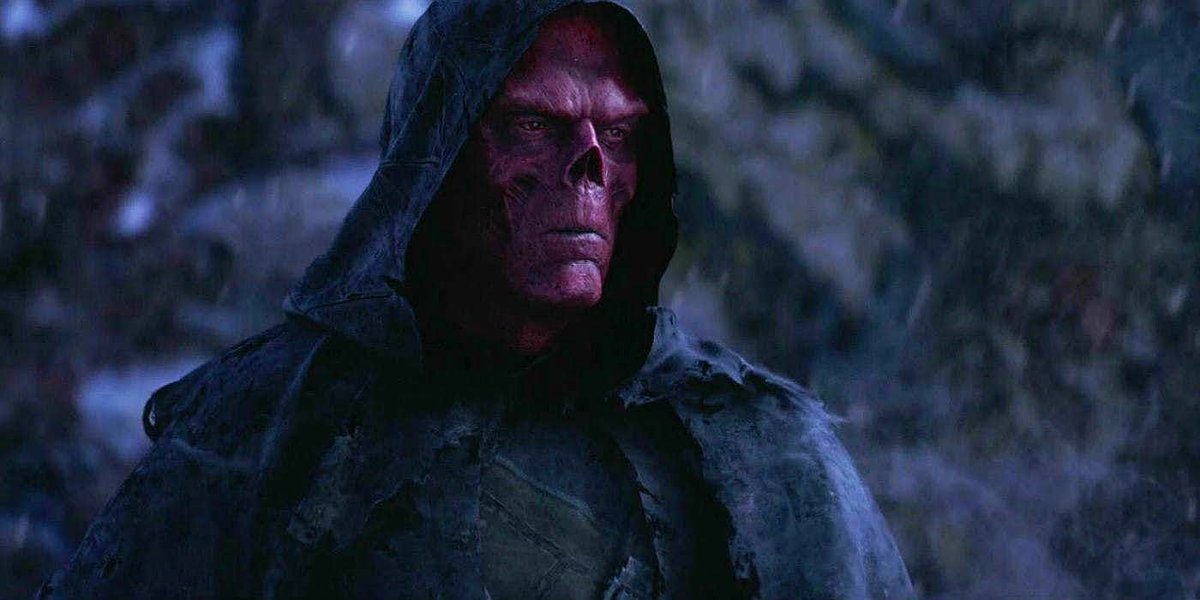 She might not be a villain anymore, but Nebula started that way in the films and the comics. That is what makes her story sadder. Nebula had recently fixed things with her sister, and now Gamora is dead while Thanos got what he always wanted and trained them to do all their lives. Many fans had hoped that she could be the one to end the Mad Titan’s life.

While Proxima Midnight was apparently killed after the Scarlet Witch threw alien machines on top of her, there is a chance that she might not be dead. Of course, blue blood spattered over Black Widow, but her death was not as explicit as the rest of the Black Order.

Let this Proxima Midnight wallpaper cast a shadow over your mobile device. Add her to your team by competing in Arenas now! https://t.co/QHe4P79p06 pic.twitter.com/ORhWI258pV

Marvel fans knew that Captain Marvel would have a pivotal role in ‘Avengers: Endgame’; they also believed that several villains from her origin would appear again. ‘Guardians of the Galaxy’ showed a lot about the Kree and ‘Agents of S.H.I.E.L.D.’ as well. The Kree will be prominent in ‘Captain Marvel.'

This alien race is extremely important in the Marvel universe, and since ‘Captain Marvel’ will take place in the 90s, the MCU could finally reveal that they have always been on Earth. Some theories stated that they could be disguised as Avengers, but most likely, they are government officials or other prominent figures. Finally showing the ‘Secret Invasion’ arc could take the MCU to the next level.

Ben Mendelsohn plays a Skrull in Captain Marvel. But who are the Skrulls and why are they so mean? We've got answers.https://t.co/RWyWaTgVns pic.twitter.com/W8T1WsLSHi

It wasn't confirmed beforehand, so fans theorized that the Chitauri would definitely appear. The Avengers returned to the Battle of New York, which obviously featured this alien race. 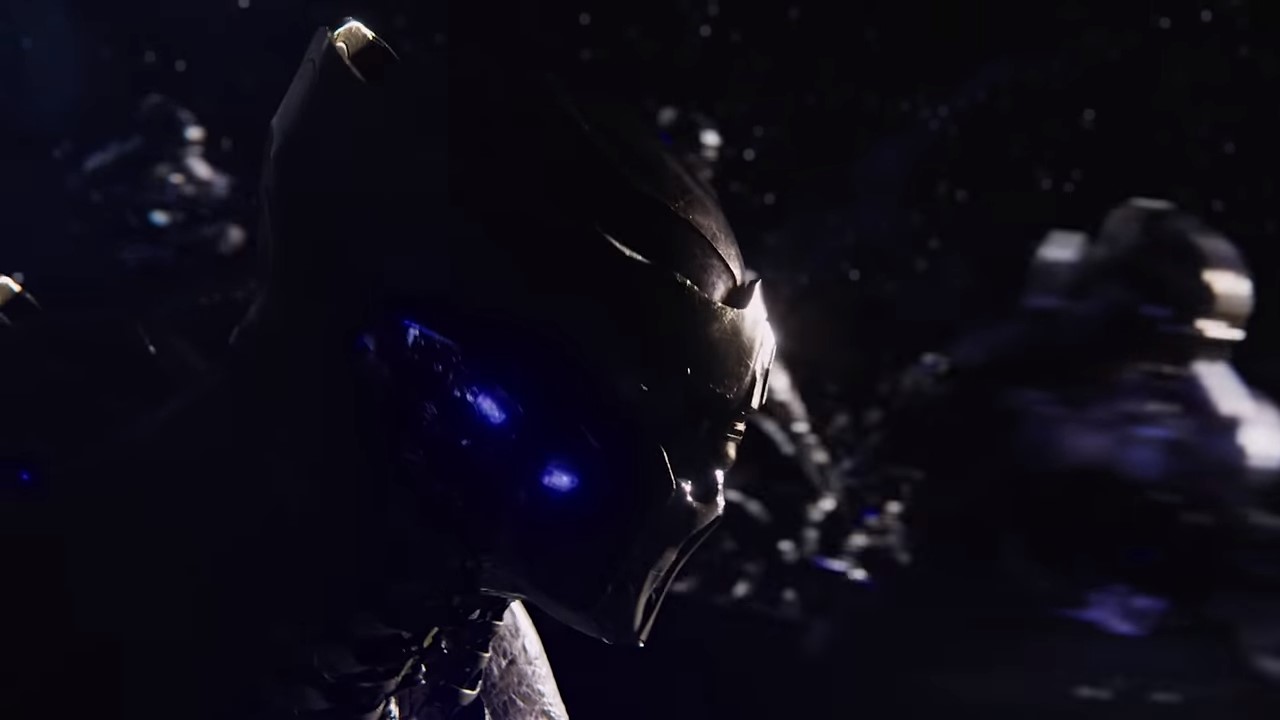 Loki was killed by Thanos at the beginning of ‘Infinity War’, and even the Russos stated that it was for real. However, fans believed that if the Avengers went back in time or changed the current universe thanks to the Quantum Realm, he would be back. 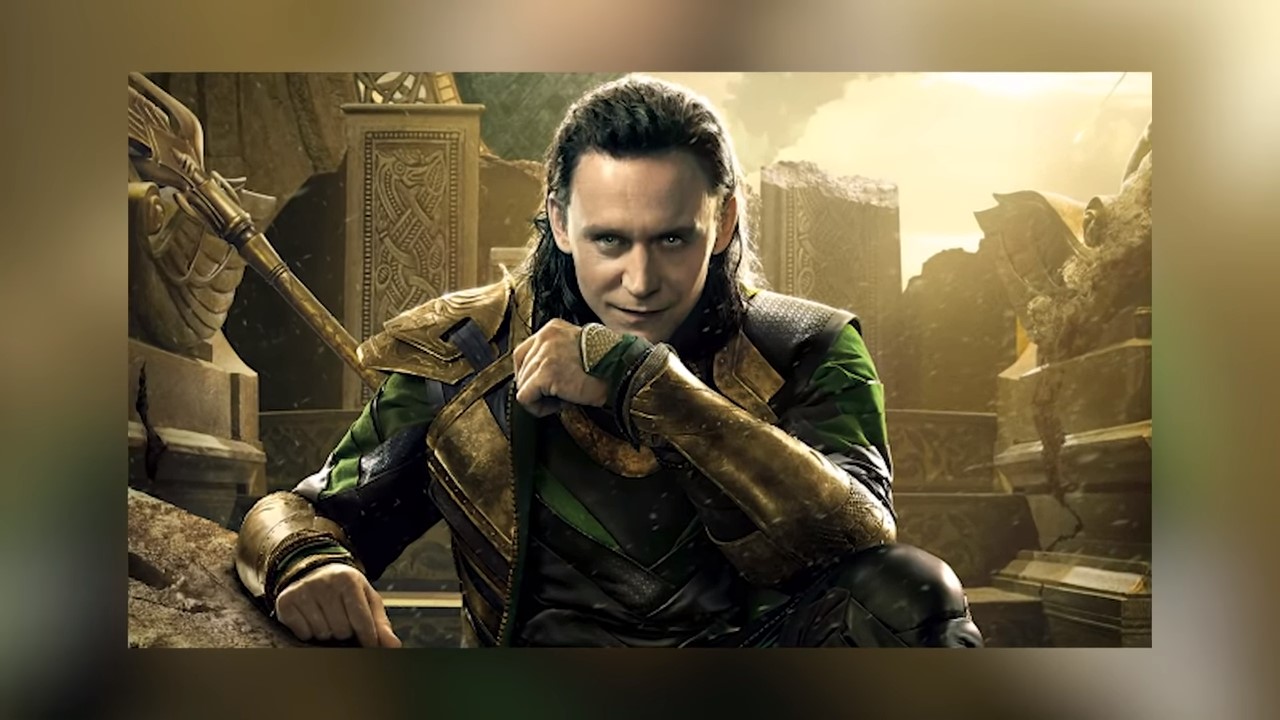 Let us know who do you think will be the next rival of Avengers? Leave your ideas in the comments sections and share this article with your other Marvel friends. See you next time!