Duggar Family Might Be Loosening Up Their Courtship Rules, Fans Spot the Changes

Most parents have dreams and expectations when it comes to their children, and some can be pretty strict, with rules and regulations for every aspect of their lives - especially where dating is concerned. For the steadfastly religious families, this can take on characteristics that may seem extreme to outsiders - like old-fashioned "courtship" rules, the women aren't allowed to wear pants, and must share every text message or phone call with their father! For the Duggar family that has 19 children, that's no easy task! Jim Bob and Michelle Duggar might be relaxing their rules about courtship, though. But what changed? Why now? Let's find out! People around the world met the Duggars when a show based on their family life aired on TLC in 2008. The title of the franchise was changed from 17 Kids and Counting to 19 Kids and Counting when the parents, Jim Bob and Michelle, had two more children. They also have 12 grandchildren! They believe a woman should have as many children as God will give her to spread Christian values around the globe. If you have been watching TLC's show Counting On, you're likely familiar with the Duggar family's conservative values and fundamental Christian faith. Many religions and cultures prefer women and men to dress modestly and refrain from exposing sensitive body parts. Duggar women are believed to be a source of temptation and should be cautioned, especially in the way they dress. The only fashion Duggar women know is that of long skirts, and birth control pills are taboo. Women are compelled to abide by these rules wherever they go.

Their religious culture says wives must obey their husbands in every situation. On no account may women be rude or argue with their husbands. To top it off, whenever the husband is ready to be intimate with his wife, the woman must abide - even if she is tired. Michelle Duggar teaches her daughters to always be available when their husbands call. The Duggar daughters are also confined to the home until their father allows them to get married. Then their husbands become the rule-makers. They also have to obey their male siblings.

The Duggars prefer to home-school their children, and the girls are not allowed to go to college - simply cook, clean, and make babies. The conservative parents keep their kids away from education, claiming that university professors brainwash children. They also aren't allowed contact with unmarried mothers. They also participate in a process called chaperoned courtship. It's dating with one purpose: courtship is a path toward marriage, and it comes with some serious rules of its own. Jill Duggar explained in 2014 on 19 Kids & Counting that "the main difference between courting and dating is setting boundaries for yourself so that you don't cross over those." First, the potential suitor must approach Jim Bob to express his interest in the girl.

Then, they can spend time together as long as at least one chaperone is supervising. They can never be alone. Michelle said that things get heated as a couple grows closer; therefore, there is no hand-holding, only "godly side hugs," and absolutely no kissing. Even after couples are engaged, they cannot kiss. They can hold hands at that stage, though! All other physical contact is reserved for their wedding day. As Michelle and Jim Bob's eldest child, Josh was the first to experience the rules of courtship.

When he was courting Anna, they didn't spend a second by themselves. Sadly, things did not work out between them. Jessa and Ben Seewald followed similar rules during their courtship, only sharing their first kiss after they became husband and wife. Jill Duggar had a similar experience with her now-husband Derick Dillard when they saw each other after being apart for two months, and Jana Duggar admitted to having had some "connections" in the past. According to CheatSheet, it appears that the Duggar patriarch is relaxing the ultra-strict approach to relationships. But what is the reason behind this tweak? According to forum users at Previously.tv, it could be because the rules don't work. After all, the purpose of courtship is to find the person with whom they'll spend the rest of their lives. They also don't allow divorce. But, the Duggars aren't strangers to failed relationships.

Josiah Duggar married Lauren Swanson, but before tying the knot, he courted Marjorie Jackson back in 2015. Close friends of the Duggars, the Bates family also experienced courtship failure when Nathan Bates ended a courtship with his York City-based friend. Zach Bates also had a previous courtship before meeting his current wife. 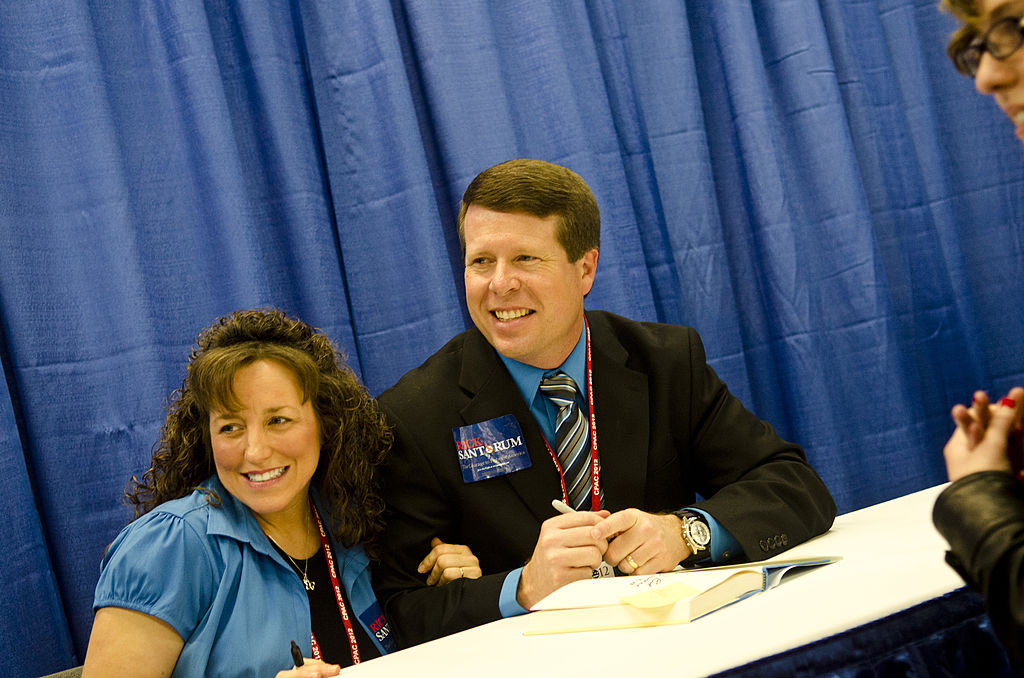 It seems even the Duggars break a few rules! John and Abbie were seen alone on many occasions, and, according to TV Showcase, were also more affectionate than the older siblings. They hugged and held hands before tying the knot, although they saved their first kiss for their big day.

They might set a precedent for those who come behind them. It's possible Jedidiah, Jason, Jackson, or Jeremiah might experience a bit more freedom than their elder siblings. Some of the Duggar women also revealed that they took birth control pills to keep them from getting pregnant unexpectedly. It’s not surprising that body piercing is frowned upon, so it was shocking when Jill Duggar showed up to an event wearing a nose ring. It's said she pierced her nose to help reduce the pain of childbirth. Jinger, Jessa, Jill, Joy-Anna, and Jana have been seen wearing pants in public. Josiah Duggar and his now-wife Lauren Swanson video-chatted unsupervised, AND he posted it to his own Instagram account, also a no-no. Jill also has had brushes with plagiarism! Her family loves her cooking, but several of the recipes she's posted on her blog aren't hers - she's even gone so far as to use photos from other food blogs!

In 2015, Jill and her husband, Derrick Dillard, ventured to El Salvador for a mission trip. Thehollywoodgossip.com claims the pair collected donations to help fund their excursion, but then they treated the work like a vacation after arriving. A few weeks into their El Salvadorian mission, they were removed due to "a lack of qualifications." Jill Duggar is a trained midwife, but she only helps certain people. Anna Duggar's sister Susanna could have used Jill's assistance when she gave birth to her baby. Unfortunately for Susanna, Jill wouldn't help because Susanna was not married. The Dailymail.com revealed that Jill was not in attendance solely because Susanna was single.

We love Cousin Amy! Amy is the daughter of Deanna, Jim Bob's sister, and her partner, Terry. Per scribol.com, Deanna and Terry welcomed Amy into the family before saying, "I Do." The couple married in 2006, twenty years after their daughter was born! According to scribol.com, Anna's older brother Daniel is estranged from the family. He and his wife caused a stir when they adopted a child rather than continue to try and conceive on their own. Anna's other brother Mike and sister Susanna, also removed themselves from their conservative family. Joy-Anna is a happy wife and mother. But, when she married, there were a lot of eyebrows being raised. Per the cheatsheet.com, Joy and her hubby, Austin, had a secret, rushed wedding because of an unexpected little person. They planned to wed in October of 2017 but moved their wedding date to May 26 of the same year, and a baby quickly followed. Matriarch Michelle Duggar is best known for two things: having a LOT of children and wearing old-fashioned, drab clothing. However, once upon a time, she was quite the hot ticket. According to OK! magazine, in her youth, Michelle was a cheerleader!

In 2015, In Touch Weekly revealed that Jessa and Ben Seewald were asking fans and followers to send them gift cards from retail chain-stores. Needless to say, people were that the reality stars would stoop to such levels. These lessons about Gothard were disturbing, but they’re even more frightening in light of Josh Duggar’s admission that he abused his younger sisters as a teen.

Although Josh Duggar ruined the reputation of his family, Jim Bob defended his soon. According to theclever.com, Jim Bob said, "[Josh] had gone in and just basically touched them over their clothes while they were sleeping… We talked to other parents and different ones since then, a lot of families have said that they've had similar things happen in their families." They sought guidance from “Lessons From Moral Failures in a Family,” which describes a hypothetical scenario in which parents discover that “an older brother was guilty of sexually abusing younger ones in his family.”

Once the child “repented,” he’s asked a series of questions—including “What teaching could have been given to each child to resist evil?” and “What factors in the home contributed to immodesty and temptation?” The book notes that “of the four listed consequences of sexual abuse, three concentrate on damage to public image.” ATI’s Counseling Seminar curriculum also includes a handout on “Counseling Sexual Abuse,” which examines the many ways that a victim could have brought abuse on him or herself by “defrauding” God: Did you dress immodestly? Were you, perhaps, associating with “evil” friends? You should consider whether you’re guilty and apologize to God.