The Night King Is A Stark, And We Found The Proof In The Books

The identity of the Night King is one of ‘Game of Thrones’ biggest mysteries. Some fans believe that there is a reason for his existence that will blow people’s minds during the final season, while others think that he is just a nameless zombie used to create the mythical world of ‘A Song of Ice and Fire’. However, there is some evidence which indicates that he could have been part of House Stark such as Old Nan’s words in season one. Let’s find out more!

While it is hard to tell between good and bad in the series as people often scheme and play games to achieve their goals, the Night King has clearly been painted as the main antagonist in Westeros. There is little information about him because of the mystery surrounding his life. He was created thousands of years ago by the Children of the Forest, who stabbed a human with Dragonglass.

Among his many abilities like raising the dead and turning them into wights, he can also transform human babies into White Walkers. However, there is no telling if the rest of the Walkers can do the same. It seems pretty clear that the White Walkers are more than intelligent, unlike the wights who are more similar to ‘Walking Dead’ zombies. 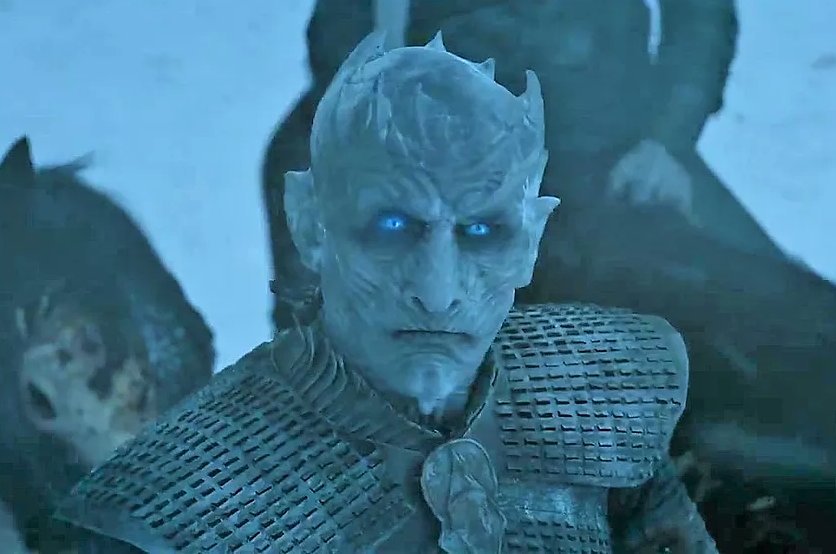 15. HIS IDENTITY IN THE BOOKS

As most fans know, the show changed a lot in comparison to the novels. Bran was taught that the Night King was the 13th Lord Commander of the Night’s Watch, and he was enticed by a female Other. She has not even been mentioned in the HBO program but is described as pale with blue eyes like the White Walkers.

The story goes on to say that they were intimate, and she stole his soul. Since then, the Night King became a horrible leader of the Night’s Watch, believing himself a king with her as his queen. The Starks and Joramun, the then-King Beyond the Wall, gather to stop his rule over the Wall. He fell after 13 years, and it was revealed he and the queen were sacrificing something to the Others. Also, his name was forbidden. 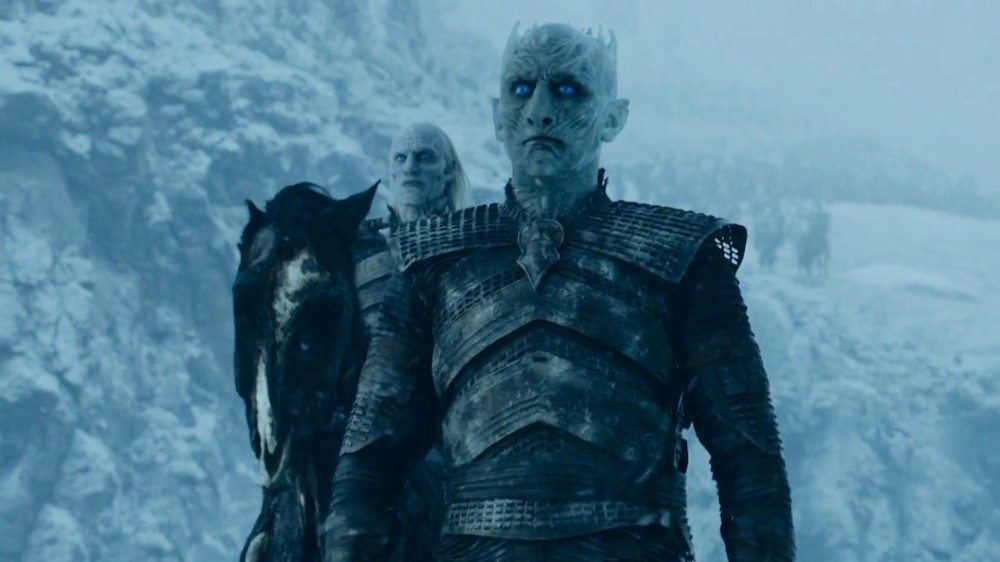 14. COULD THE NIGHT KING AND THE NIGHT'S KING BE THE SAME?

Some fans believed that the Night King from the show was the same character as the Night’s King from the books. After all, their stories date back to the ancient times of Westeros. But, author George R.R. Martin cleared things up on his LiveJournal, stating:

“As for the Night's King (the form I prefer), in the books, he is a legendary figure, akin to Lann the Clever and Brandon the Builder, and no more likely to have survived to the present day than they have.” Perhaps, the Night King on the show is a mixture of both and more characters from the novels. Furthermore, he could also be considered a combination of the Night’s King with a White Walker. 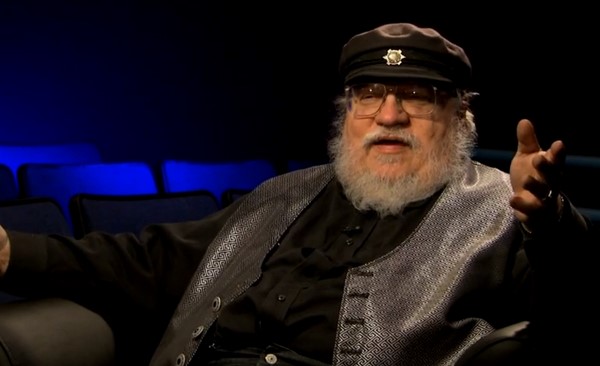 In the novels, Old Nan is almost infamous for the tales she regaled to the Stark children, and all of them were realistic. She told Bran about the Night’s King, and also talked about where he came from. “Some say he was a Bolton. Some say a Magnar out of Skagos, some say Umber, Flint, or Norrey. Some would have you think he was a Woodfoot, from them who ruled Bear Island before the ironmen came.”

“He never was. He was a Stark, the brother of the man who brought him down.” As if that wasn’t enough, Old Nan continued with: “He was a Stark of Winterfell, and who can say? Mayhaps his name was Brandon. Mayhaps he slept in this very bed in this very room.” Well, perhaps the theories about Bran developed from those words. 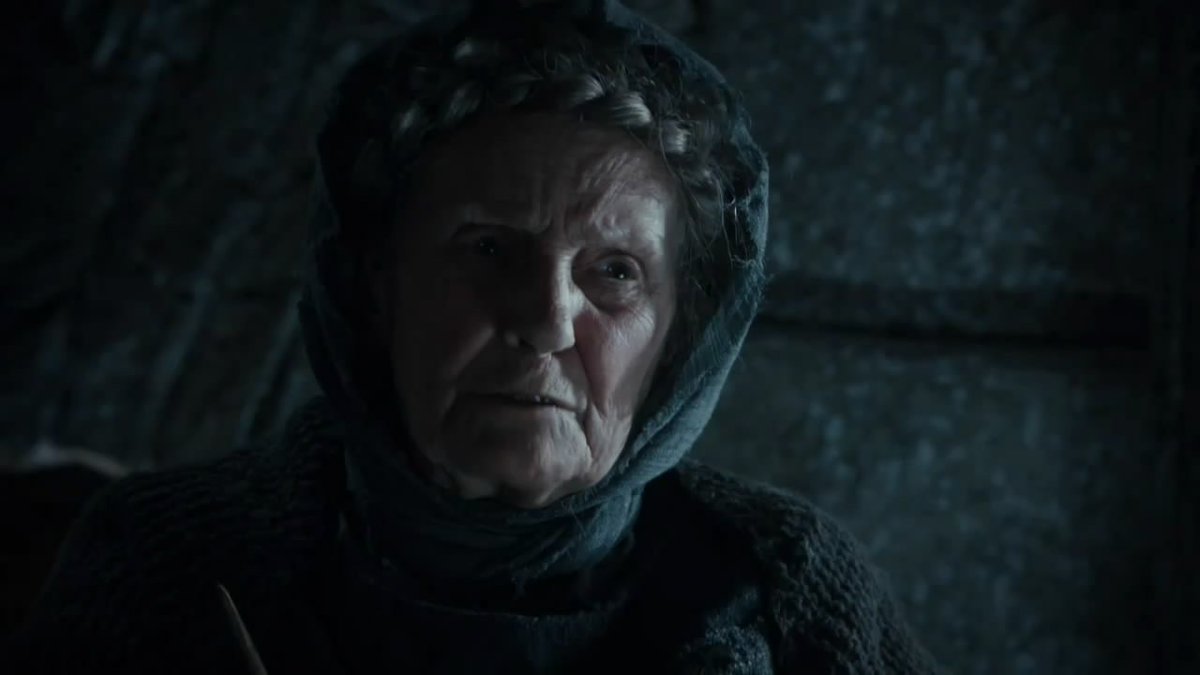 12. THE STARKS AND THE WHITE WALKERS ARE CONNECTED

Both the series and the novels have hinted at the similarities between the Starks and the White Walkers. The Starks are known as the Kings of Winterfell, while the Night King wears a crown made of ice. Furthermore, the Night King seems to be interested in Bran and Jon Snow because he always looks at them meaningfully.

According to Reddit user theDarkLordofMordor, the connection is more than just a hint. The books talk about the history of the Others, and they also reveal that many of them were Starks. The Night’s King was a Stark who had kids with an Other. It is possible that many Stark babies were turned into White Walkers just like Craster’s boys. 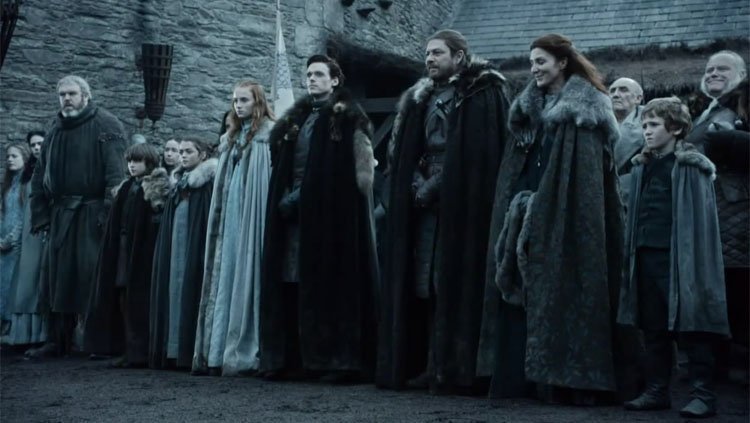 In the novels, there is a character that could be a half-Stark, half-Other, and his name is Ser Bartimus, who tells Davos the story of how White Harbor became part of the North. He said: “The White Knife froze hard, and even the firth was icing up. The winds came howling from the north and drove them slavers inside to huddle round their fires, and whilst they warmed themselves the new king come down on them.”

“Brandon Stark this was, Edrick Snowbeard’s great-grandson, him that men called Ice Eyes.” Those last two words fit Bran’s own eyes when he wargs. Some believe that he could be one of those Starks that is also part-White Walker. 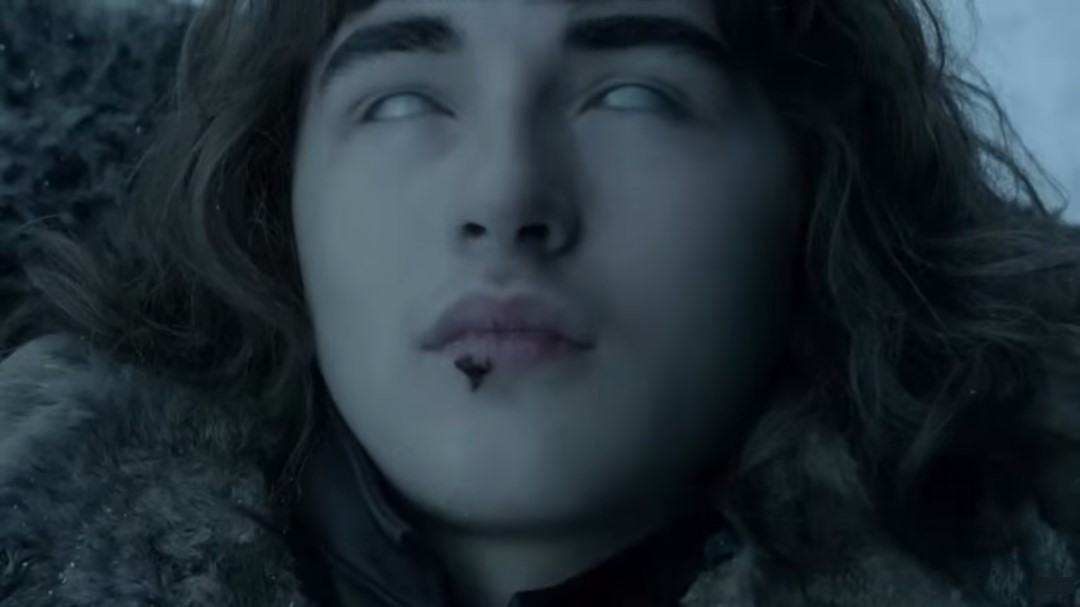 In the first book, Catelyn thinks about the phrase “Winter is Coming” and is clearly afraid of it. “The words gave her a chill, as they always did. The Stark words. Every noble house had its words. Family mottoes, touchstones, prayers of sorts, they boasted of honor and glory, promised loyalty and truth, swore faith and courage.”

“All but the Starks. Winter is coming, said the Stark words. Not for the first time, she reflected on what a strange people these northerners were.” This passage brings up an interesting point. House Stark could be the only one with a motto that doesn’t seem to be about their family. Unless it actually does. If the Starks are actually related to the White Walkers, it would fit. 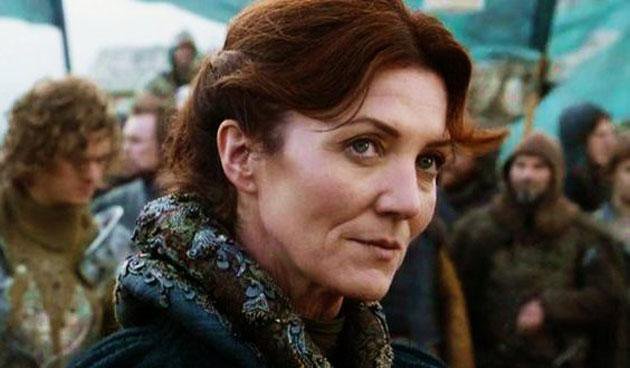 9. WARGING COULD BE THE REASON WHITE WALKERS CAME ABOUT

Reddit user HolyHerbert came up with a theory that could explain how the White Walkers became such a potent army. They were initially made by the Children of the Forest to battle against the First Men, and Dragonglass is both the key to make them and defeat them. However, they made a mistake by turning a human with the skill of warging. Warging could be the reason the Night King raise and control wights. 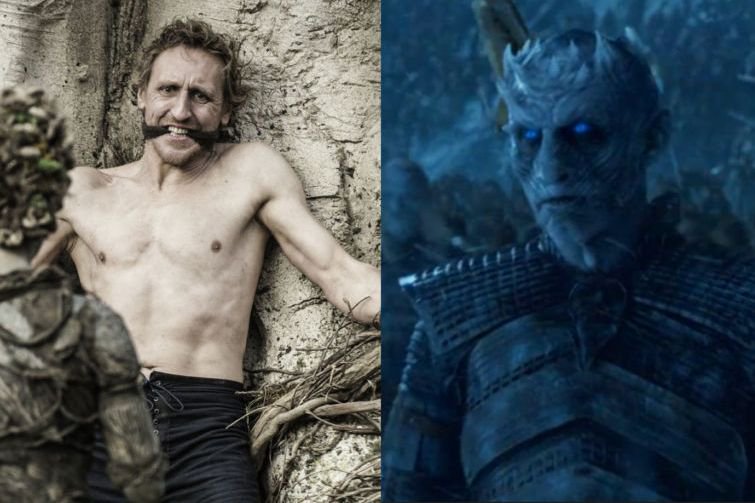 When Jon Snow met Ygritte in the novels and told her his name, she said, “An evil name.” Some readers think that she could have been talking about snow, and how it’s bitter and cold. However, Reddit user Velvale believes otherwise. The Night King might have been a Stark bastard as well, and it could also be Jon Snow. However, only the wildlings know about this information. 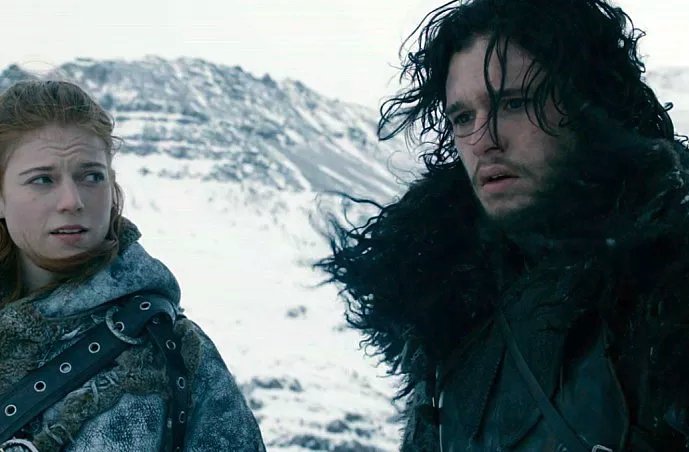 The crypt in Winterfell is huge, and there are many things that could be hidden under there. Furthermore, the books state that Jon Snow dreams about going to it. It could be because his mother is there, although he does not know it. On the other hand, there is a chance that the crypt holds the secret connection between the White Walkers and the Starks.

According to theDarkLordMorder, the mysteries might be impossible to dig up. The vault down there is said to be “cavernous”, and it has more than one level. But, some of it has collapsed as well. There is always a lot of history in burial places, and this one could hold a mind-blowing fact about the Starks. 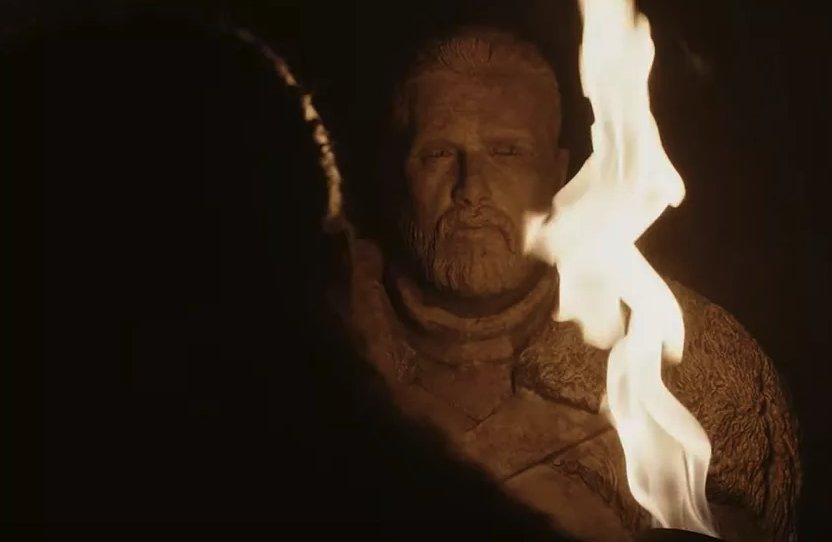 Reddit user c_forrester_throne has a theory about the Others, aka White Walkers, and the connection with the Starks. According to legend, the Long Night ended after a truce was made between the White Walkers and men, probably the Starks. However, some aspect of the pact was broken, which would explain why they have returned after so many years. It could have something to do with Night’s Watchmen going north of the wall. 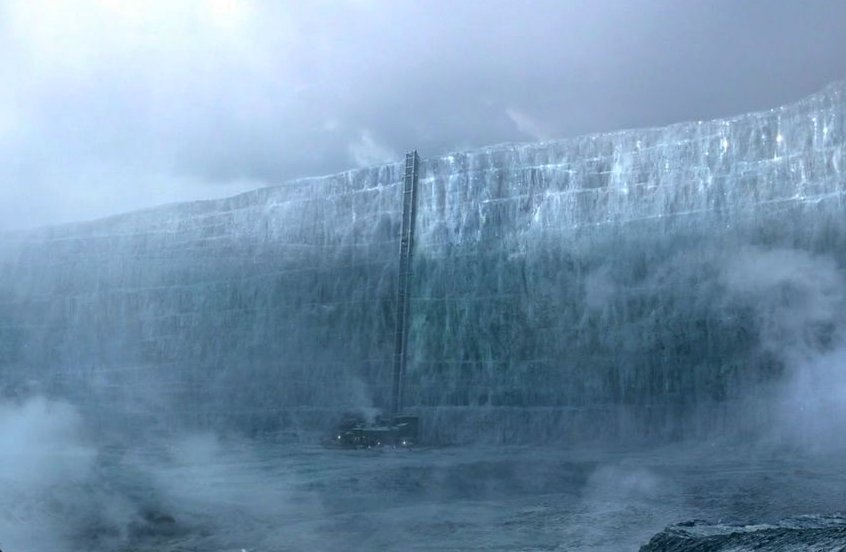 5. A STARK IN WINTERFELL

Another aspect of this theory is that the truce could have something to do with the phrase “there must always be a Stark in Winterfell.” If there is truly Stark blood within the White Walkers, then one of them could have gone north of the Wall to make the pact that ended the Long Night and involved a Stark protecting the northern city. It was maintained for years until Theon and Ramsay ran the Starks out of Winterfell. 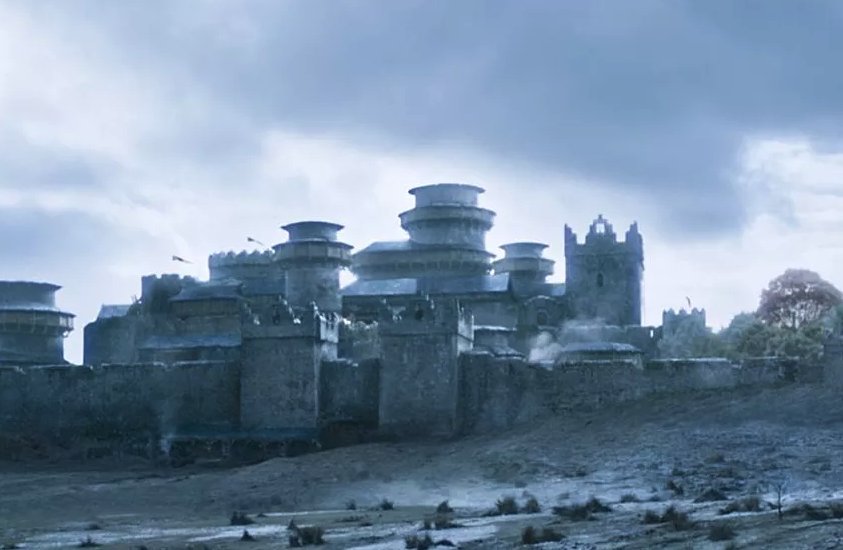 4. THE WHITE WALKERS COULD BE AVENGING THE STARKS

The Reddit user continues stating that the reason why the White Walkers are active once more is simply that their family, the Starks, has been threatened. The first White Walker sightings happened years before the events of ‘Game of Thrones’ when Rickard and Brandon Stark, Ned’s father and brother, were killed. Their army grew in response to everything that has happened since Robert asked Ned to be Hand of the King. 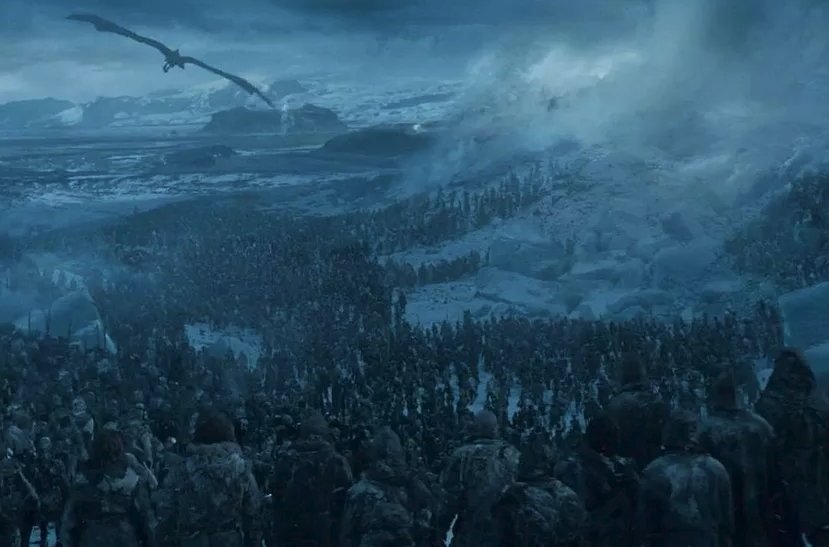 The tangible connection between the Night’s King and the Night King is the number 13. Reddit user FourOneFourTwoOne noted that the Night’s King was the 13th Lord Commander, and his rule over the Night’s Watch lasted 13 years. Meanwhile, the first time viewers saw the Night King he had other 12 White Walkers nearby to make it a total of 13. It does not seem like a coincidence. 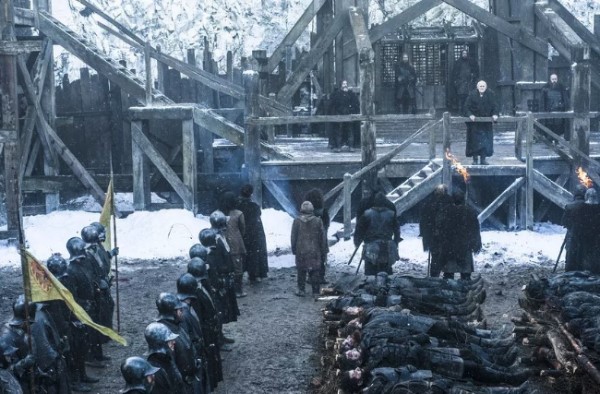 Read more: Ned Stark Have Fooled Us All? What Might Have Really Happened

Several things have hinted that The Last Hero, similar to Azor Ahai, was a Stark, and again, it involves the number 13. The Last Hero is said to have gone north of the Wall with 12 men to end the Long Night. The information about what happened in that meeting is scarce, but apparently, the Children of the Forest were part of it too.

The Last Hero parallels the Night King who, as mentioned earlier, was seen with 12 other White Walkers during his first appearance. Jon Snow was compared to the Last Hero after going with six companions and five unknown red shirts. This could be the key to ending the War for the Dawn. 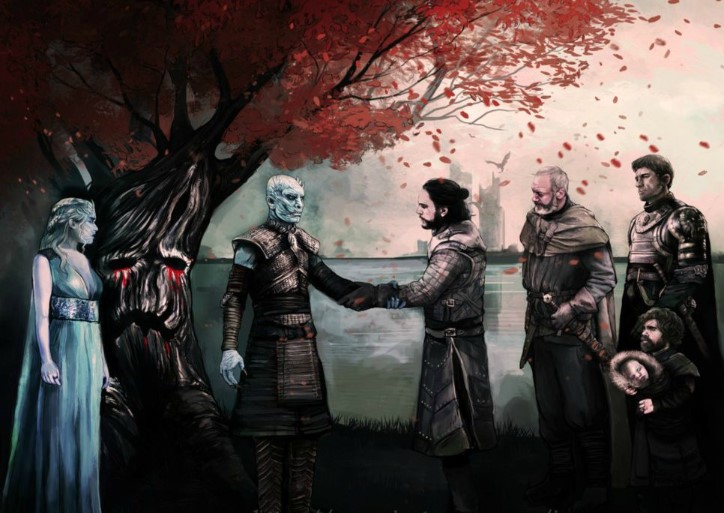 Read more: The Way "Game of Thrones" Actors Should Look According To The Book

One popular ‘Game of Thrones’ theory is that the Night King is not just a Stark, but Bran specifically. Some say it could be related to time-traveling as he does in his capacity as the Three-Eyed Raven. This is what happened to Hodor. In the end, Bran might decide to go to the past to stop the war and become a White Walker himself if he gets trapped in the mind of the Night King. It would be loop a time. 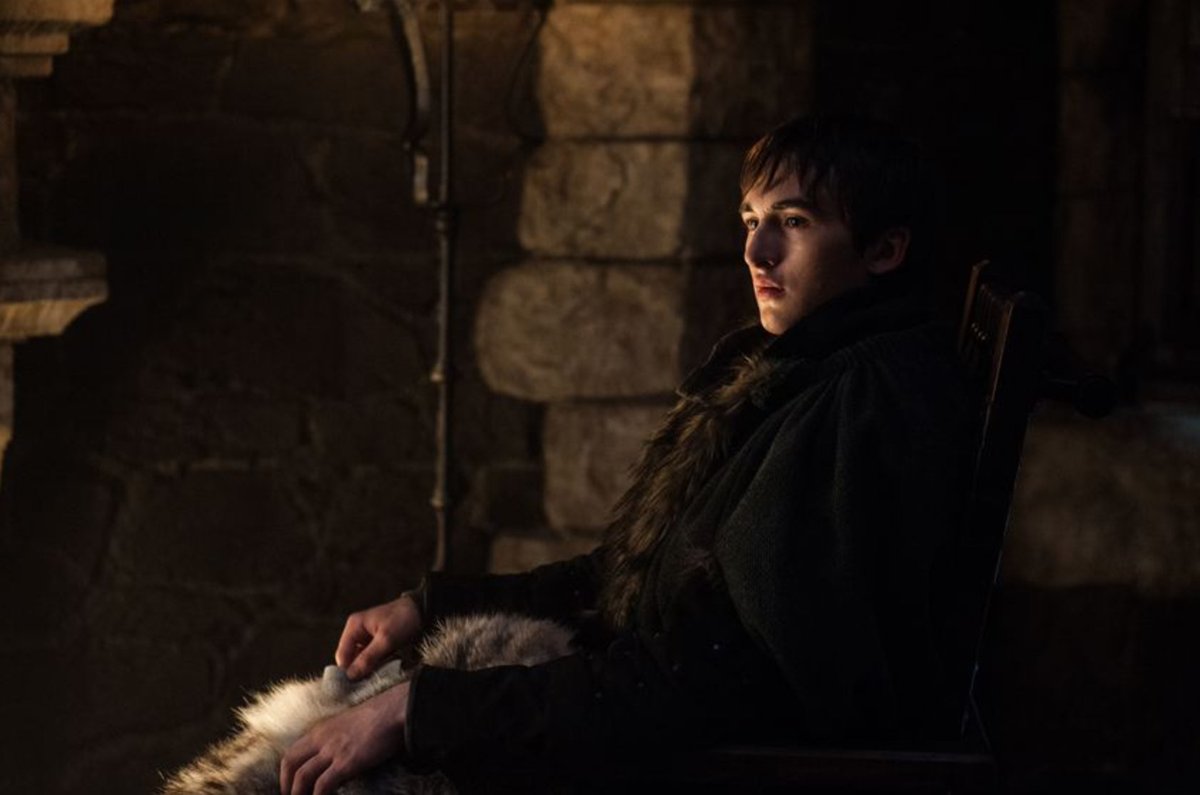 Many things indicate that the Starks have more than just a deep bond with the North. This might be it. Let us know what you think about the Starks and the White Walkers. If you liked this article, share with your friends who are looking forward to the premiere of season eight. See you next time!