Prince Charles is no stranger to clashes with his siblings, but the one that was most talked about over the years is his dispute with his brother, Prince Andrew. Many royal supporters have no idea as to how the feud got so bitter or even why it began in the first place.

Various reasons have been stated to be responsible for the ongoing rift between the Duke of Cornwall and the Duke of York. One is the disparity in age.

The Duke of York is continuing his visit to China this week where over the weekend His Royal Highness hosted #pitchatpalace China 3.0 and attended several engagements. The Duke of York is shown the latest in drone technology which enables people to capture images that were previously out of reach. The Duke of York also visited the Fuzhou Planning and Exhibition Hall in Fujian Province to learn more about the historic city, which was built in 202 BCE. At Fujian Normal University The Duke of York met University President, Professor Wang Changping. The University has a partnership with Huddersfield University, of which HRH is Chancellor. Follow @hrhthedukeofyork for more from the visit.

As we know, Prince Charles and Prince Andrew were born twelve years apart and so, naturally, many will blame their age difference as the reason why they never got along too well.

Another reason is that, it is believed that the Dukes were always jealous of one another. But, what could be the reason for jealousy? And why might things even get worse between the siblings? Read on, to find the answers.

WHY ARE THE SENIOR DUKES JEALOUS OF ONE ANOTHER?

It is widely believed that Prince Charles has always been jealous of the attention their mom, Queen Elizabeth II, paid to Andrew. And it is easy to believe this is true, after all, it has never been much of a secret among royal experts that Prince Andrew is the queen's favorite son.

Today The Prince of Wales visited local businesses and organisations in Cumbria. His Royal Highness met factory workers at Pirelli Tyres Ltd to celebrate their 50th anniversary; opened the brilliant new Windermere Jetty Museum of Boats, Steam & Stories following which tells the story of 200 years of boats, boating and boat-building in the Lake District; met volunteers for the Langdale Ambleside Mountain Rescue Team and visited the award-winning Hawkshead Relish Company. Thank you Cumbria for such a warm welcome! 📸 : Press Association

There has been jealousy on the Duke of York’s part as well, because Charles is, of course, the heir to the throne and up until Princes William and Harry were born, he was second in the line of succession to become king. Today, he is 8th, bumped back by not only Charles’ sons but also their kids.

PRINCE CHARLES WAS RAISED BY HIS NANNIES

When Prince Charles was born his mom was still Princess Elizabeth and while she was not yet a queen, she did have royal obligations to carry out and commitments to keep as did her husband. This implied that the couple traveled a lot and were not around much when Charles was young, so he was left in the care of nannies. Following her coronation in 1953, their schedules only became more demanding and the queen and Philip embarked on a six-month Commonwealth tour without Prince Charles and his sister, Anne.

Jonathan Dimbleby, who wrote the authorized biography of Prince Charles, cited the Prince of Wales as declaring that it was “inevitably the nursery staff” who raised him as they were ones who saw his important firsts.

Robert Lacey, a royal historian and advisor for Netflix’s The Crown, explained that Queen Elizabeth may not have seen anything wrong with her absence because that is how she was raised.

“She had been brought up in that style herself, after all, with her parents leaving her at home and entrusting her entire schooling to a governess and home tutors,” he told Town & Country.

HER MAJESTY SPENT MORE TIME WITH ANDREW AND EDWARD

After Anne, the queen and Prince Philip waited about a decade to have another baby and by that time the queen’s role as a monarch was no longer new. She understood precisely what was expected of her and was able to balance out her time between royal duties and spending time with Princes Andrew and Edward. 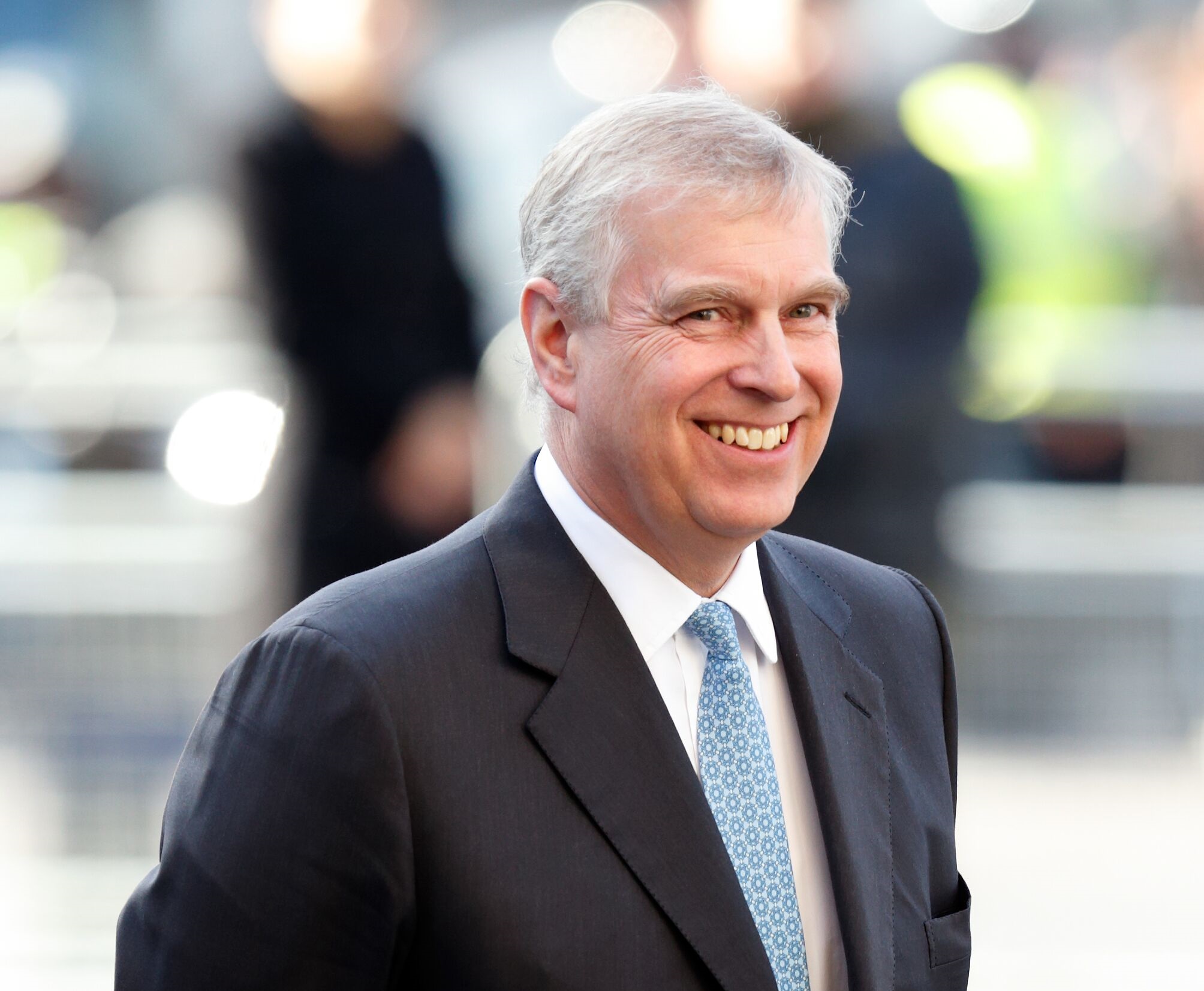 According to Lacey, Her Majesty would often be “cycling and chasing” her youngest kids through Buckingham Palace and once a week she would give Edward and Andrew’s nanny the night off.

So when it comes to how she really was as a parent, Robert noted that “Princess Anne and the Princes Andrew and Edward have all made public their disagreement with Charles in his criticism of the parenting they received.”

PRINCE CHARLES WOULD NOT LET ANDREW APPEAR AT A CELEBRATION

Things between the brothers really progressed from bad to worse when the Duke of Cornwall excluded Andrew and his daughters, Princesses Beatrice and Eugenie, from making an appearance with the royal household at a celebration in 2012.

According to the documentary 'The Royal Family at War', Prince Charles decreed that Andrew and his children not be present on the balcony at Queen Elizabeth II’s Diamond Jubilee celebration. In fact, the only members of the royal family who appeared on the balcony with the queen that day were Charles, Camilla Parker Bowles, Prince William, Kate Middleton, and Prince Harry.

“It was interesting because the Queen is only second monarch to have celebrated a Diamond Jubilee. The first being Queen Victoria, so you would expect to see the whole Royal Family on that balcony. It was a momentous occasion, but we didn’t,” royal reporter, Victoria Arbiter said.

“Prince Andrew was very upset. His nose was quite out of joint when he and the other siblings were not a part of that line-up. That’s not how Andrew wanted it to be. He wanted to be a part of those balcony appearances. He wants his daughters to be part of the royal family … and it has certainly led to a fallout.”

@hrhthedukeofyork Duke of York joins the Trooping the Colour preparations during the Changing of The Queen’s Life Guard at Horse Guards Parade this morning. HRH’s horse, Darby, was getting acclimatised to the sights and sounds ahead of Trooping the Colour in June. As Colonel of the Grenadier Guards, who this year will ‘Troop’ their Colour at The Queen’s Birthday Parade, The Duke will take the salute at the Colonel’s Review - which is the second rehearsal for Trooping the Colour.

Read More: Royal Family's Revelations About The 'Difficult Relationships' Of Charles And His Father.

PRINCE CHARLES’ FUTURE PLANS DON’T INCLUDE ANDREW AND HIS FAMILY

Many reports have asserted that when Charles becomes king, he intends to “slim down the monarchy,” implying that only he and his immediate family would be supported by taxpayers.

These reports got Andrew so worried that he wrote a letter to the queen asking that both Eugenie and Beatrice receive full-time royal responsibilities like their cousins, William and Harry.

“Prince Andrew thinks that when [Prince Philip] dies and the queen winds down, there should be a greater role for him and his girls,” royal expert Phil Dampier said. “Andrew is the father of the only to blood princesses of that generation and quite rightfully, he thinks Beatrice and Eugenie have quite a lot to offer.”

In an Investiture at #BuckinghamPalace Paul Zubier was also decorated with the George Medal which is awarded for acts of bravery after suffering injuries and attempting to save a woman’s life as she was being attacked by a man with a knife in Finland. Writer, broadcaster and Horticulturalist Monty Don also received an #OBE for services to Horticulture, broadcasting and charity. And Alex Mustard received an #MBE today for services to Underwater Photography. He took these incredible photos, winning several awards and he has presented his work to Her Majesty The Queen. 📷 PA Images

Nevertheless, if Charles doesn’t feel that way, then whenever he does ascend the throne, his brother and nieces may not have any role within the royal family. The long-standing rivalry between Prince Charles and Prince Andrew is well reported. Are we seeing the end of it anytime soon? Or do you think the sour relationship between the senior Dukes is beyond salvaging? Tell us in the comments section and don't forget to share this article with other fans of the royal family.