HBO came up with the screenplay of the historical description of the Chernobyl disaster, in which a nuclear power plant in northern Ukraine blew up. If the immediate crisis management hadn't been fast, and effective, it might've cleaned out Western Europe. HBO's mini-series about the accident merges history and drama with modulation to give a fantastic insight to viewers about the events.

Beautifully, Adam Higginbotham, the author of 'Midnight in Chernobyl,' a New York Times non-fiction best-seller shares his perspective with 'Inverse' about the HBO's series. He also answers a prominent question about the series.  Enjoy!

HIGGINBOTHAM'S VIEW ON THE SHOW

Higginbotham enjoyed, and liked the drama piece of 'Chernobyl.' He believes the production design is "extraordinary," and commends the effort of the production crew for accurately depicting the timeline, costumes, and settings. The HBO drama series maintained and featured some myths. Higginbotham thinks this is normal as it is only a TV show, and no one expected the level of precision necessary for a non-fiction book. 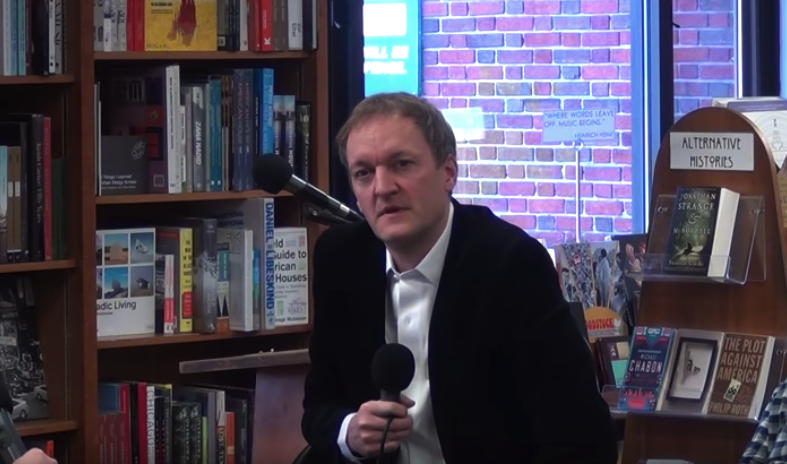 "In the three episodes I have seen, there's a lot of fictionalization and exaggeration for dramatic effect. A good deal of the work I did on the book was made necessary by the questionable veracity of some of the existing English-language accounts of the disaster, and the mythology that has developed around the accident over the last thirty years.

"In fact, I found that the true story was in many cases more unbelievable and frightening than the version presented in these old sources, which had often got things wrong or reiterated exaggerated hearsay and myth."

He also explained further that he was able to meet close friends and buddies of the real victims while developing some of his characters. Characters such as Scherbina and Legasov, to capture the true essence of the experience and what went down. 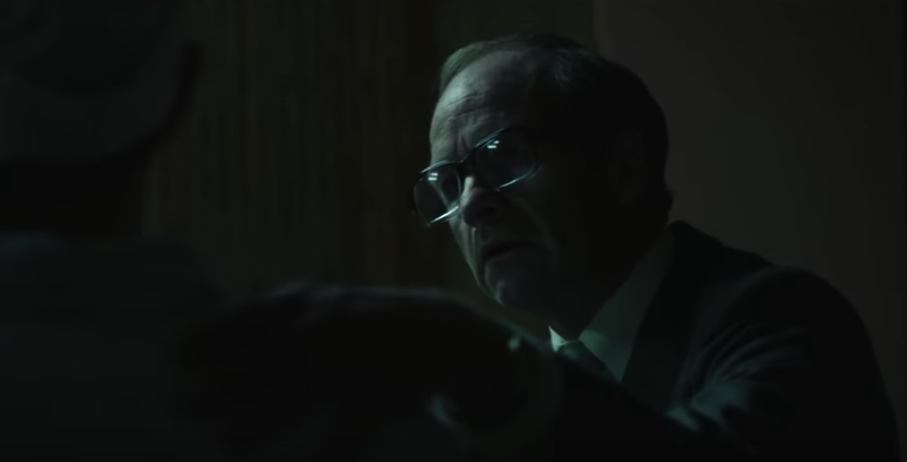 Higginbotham explained that Ulana's Character played by Emily Watson was essential in guiding viewers through stressful events. However, he is not sure if the character mirrors any scientist. He further pointed out that the nuclear scientist investigating the causes of the accidents were well aware ahead of the incident. Notably, two male reactor specialist from Moscow visited the site 36 hours after the incident had occurred and gave probable causes of the event.

THE MINERS, THE HELICOPTER CRASH AND GORBACHEV'S CONSENT

In response to the question about the miners, Higginbotham affirmed that none of the miners worked nude, instead, they were clothed. Also, when asked about the helicopter crash, Higginbotham explained that the crash recreated in the show, happened in early October long after the fire- fighting was completed. And the crash resulted from the aircraft rotor blades hitting one of the construction cables.

The book author also confirmed that Gorbachev didn't give endorsement to terminate the lives of the three men who needed to proceed into the radioactive plant to unlock a sluice barrier that let water out. He noted: "Not as far as I'm aware." 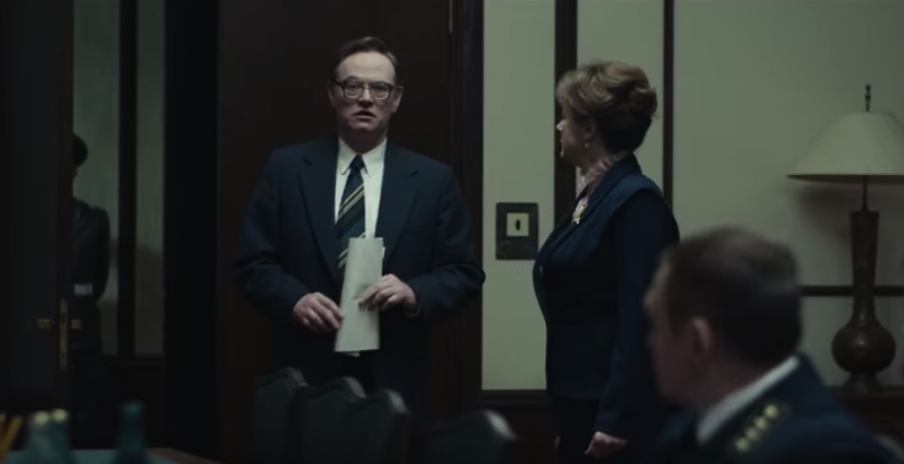 THE THREE MEN ON DUTY AND ANATOLY DYATLOV

Higginbotham explained that the three men were simply members of the plant staff who had the duties to be discharged concerning the power plant. Also, they had received instructions to open the valves. In reaction to Anatoly's unbearable yet compassionate nature, he explained that Dyatlov was a difficult person who was highly respected for his expertise, but he is also disliked for some of his manners.

Read More: Chornobyl Disaster: The Reasons And Long-Term Impacts Of The Worst Nuclear Accident In History

However, for Higginbotham, he sees him as more compassionate than Captain Bligh. He said the character's true self would unfold as the story proceeds. He further stated that the rationale behind writing 'A midnight In Chernobyl,' was to depict the real characters of the story as people who had the operation in events and not mere stereotypes. He said,

"More broadly, one of the chief reason I wrote Midnight In Chernobyl was to make sure that those involved in what happened emerged as real people who had agency in events, and were not simply the familiar stereotypes of Soviet life, adrift in a grey dystopia." 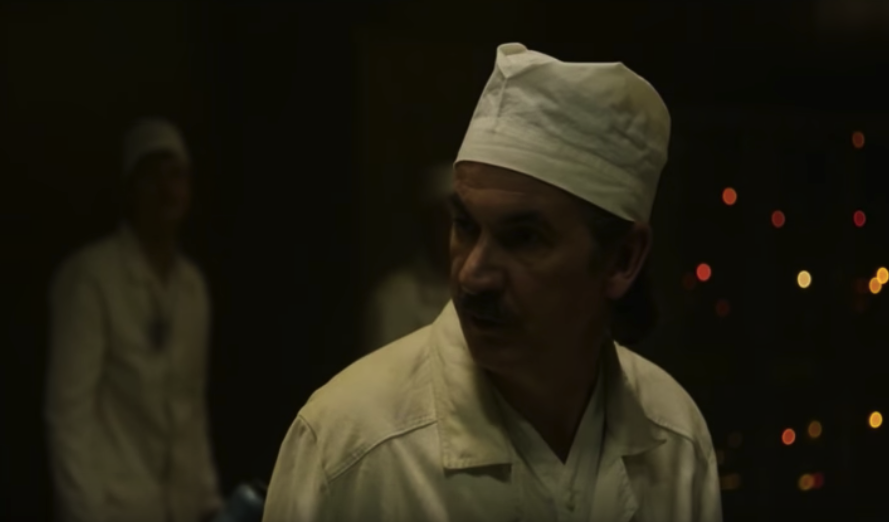 HBO'S 'CHERNOBYL' IS A HIT

The Chernobyl accident which happened on 25-26 April 1986 is one of the most tragic events in history. Over the years, many movies have tried to depict the exact things that went down at the Chernobyl Nuclear Power Plant, close to the Pripyat in northern Ukrainian SSR.

However, it seems HBO is doing great at describing the disaster. The new TV show has brought a fresh and unique perspective about the Chernobyl nuclear power plant accident, and the events that followed it. Writer Craig Mazin and director Johan Renck are doing a fantastic job.

Read More: Chernobyl: One Of The World’s Greatest Disasters Could Bring A Piece Of Paradise To The World

“You think the right question will get you the truth?” #ChernobylHBO episode 4 premieres tonight.

The HBO's mini five-part series, 'Chernobyl' is shown on Monday nights. Episode 4 kicked-off on Monday, May 27, 2019. We are glad writer Adam Higginbotham, the author of 'Midnight in Chernobyl' took time out to give his perspective on the HBO's series of Chernobyl disaster. And we believe HBO deserves a thumbs up for for the job. What do you about the show? Do you think it accurately depicts the Chernobyl event? Let us know in the comment. Share this article with friends who you think will find the 'Chernobyl' interesting.