Princess Diana's Tipping Point: The Moment She Was Done With The Royal Family

Prince Charles’s affair with Camilla, while he was married to Princess Diana, was one of the biggest scandals that rocked the reputation of the British Royal Family for ages. It continues to haunt them even till now. While many blame Prince Charles for treating the People’s Princess poorly, members of the royal family couldn’t help but think Princess Diana played a bigger role in bringing shame to their name, and this has resulted in a strained relationship, even until the moment of her death. 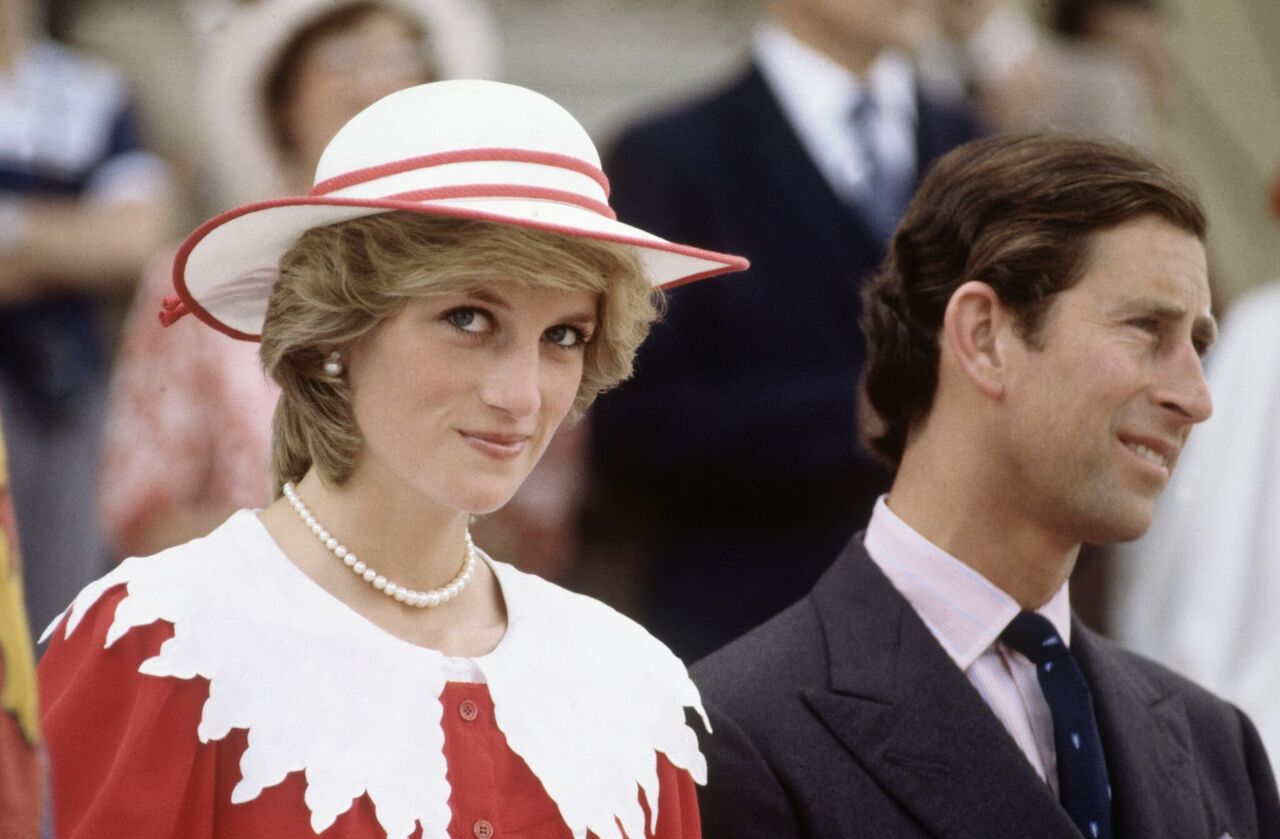 However, with all the drama the Princess of Wales faced at the hands of the British Royal Family, one can’t help but wonder; at what point did Princess Diana’s heart stray far away from the royals? Was it when she caught wind of the affair? Or when the Queen requested for the annulment of her and Charles’ marriage? 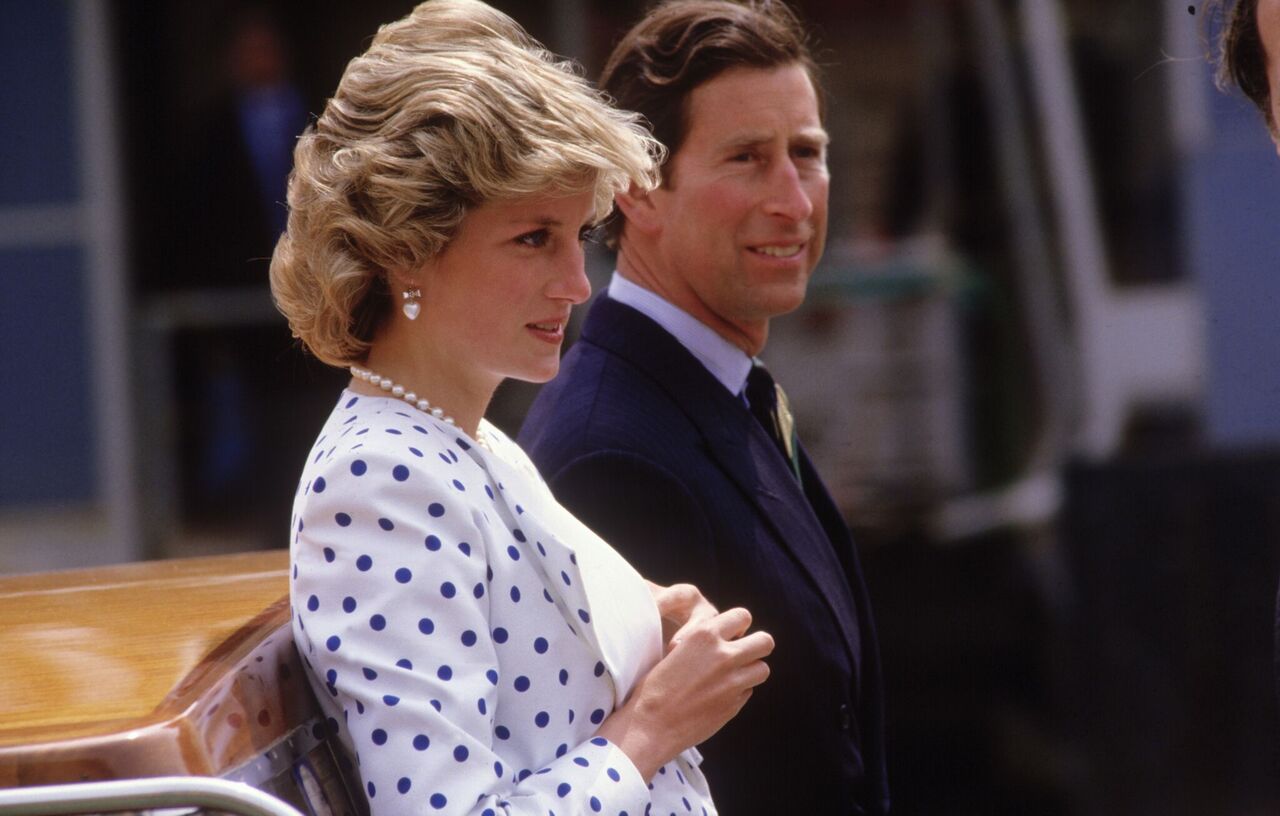 Princess Diana was a down-to-earth woman who was void of principles and restrictions. She would rather choose to connect with the public than keep to the rules of the book on being a Royal. She appeared to be free, and even though it’s been over two decades since she passed away, she is still deeply ingrained in the hearts of her loved ones, and fans around the world. 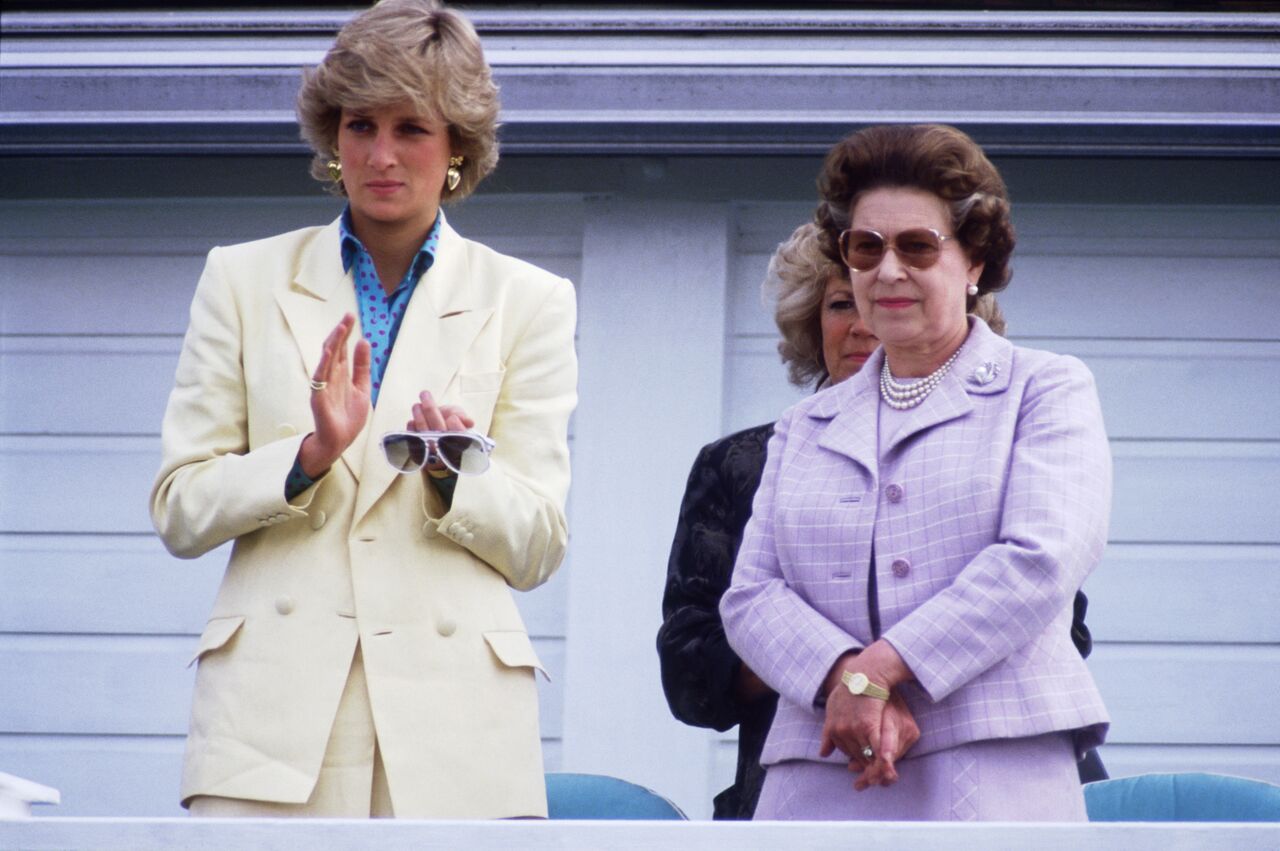 The Princess’s ability to strike friendship in public, answer and divulge information to the media, as well as appear friendly to anybody she came in contact with, made her be known worldwide as the “People’s Princess,” but not the Royal’s Princess. 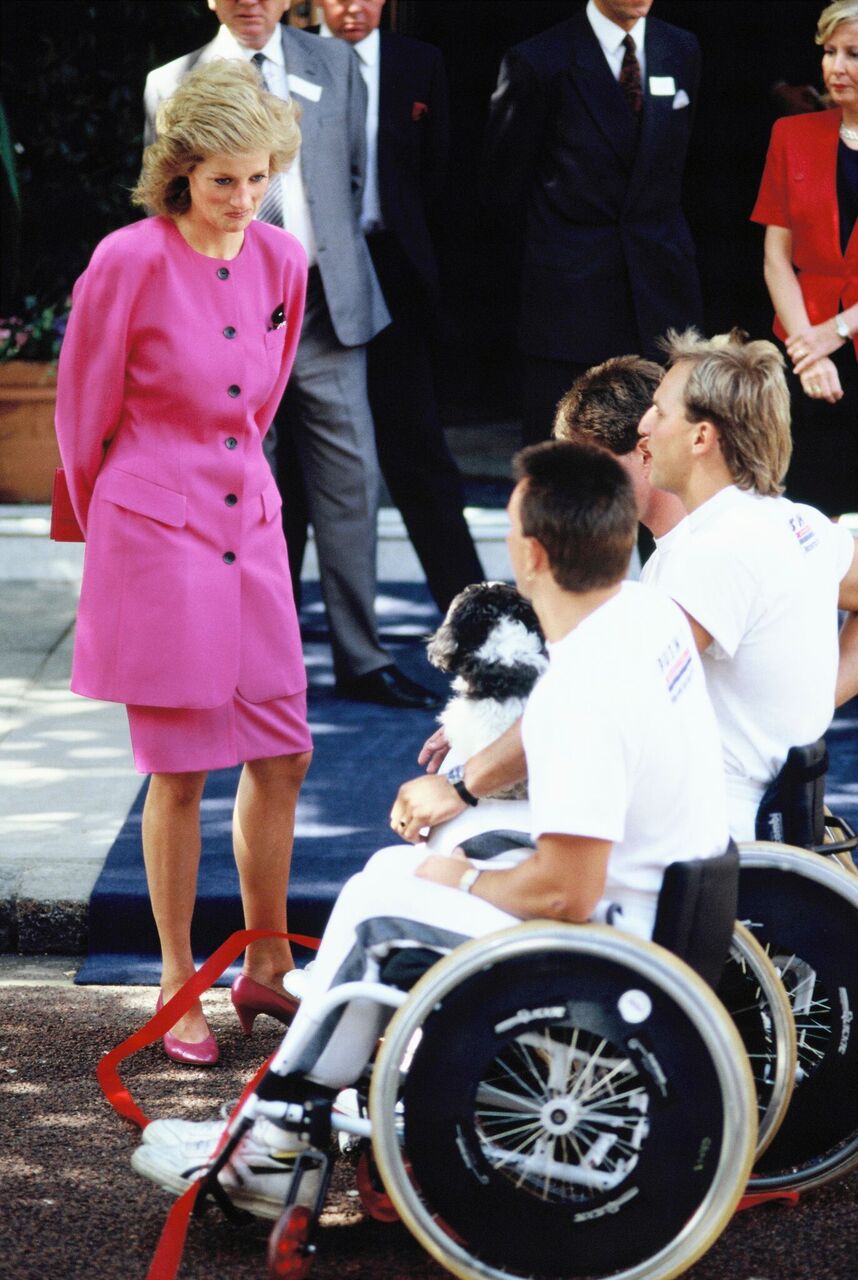 THE START OF PRINCESS DIANA’S PROBLEMS WITH THE ROYAL FAMILY

The whole world might have loved Diana, but the same could not be said for her husband, Prince Charles. They had what could be described as a rocky marriage, and the signs were evident right from the beginning.

During their engagement interview, the duo was asked about the credibility of their feelings towards one another, and their response was garnished in nonchalance. The Prince claimed he didn’t know what being in love meant while the Princess looked the other way. 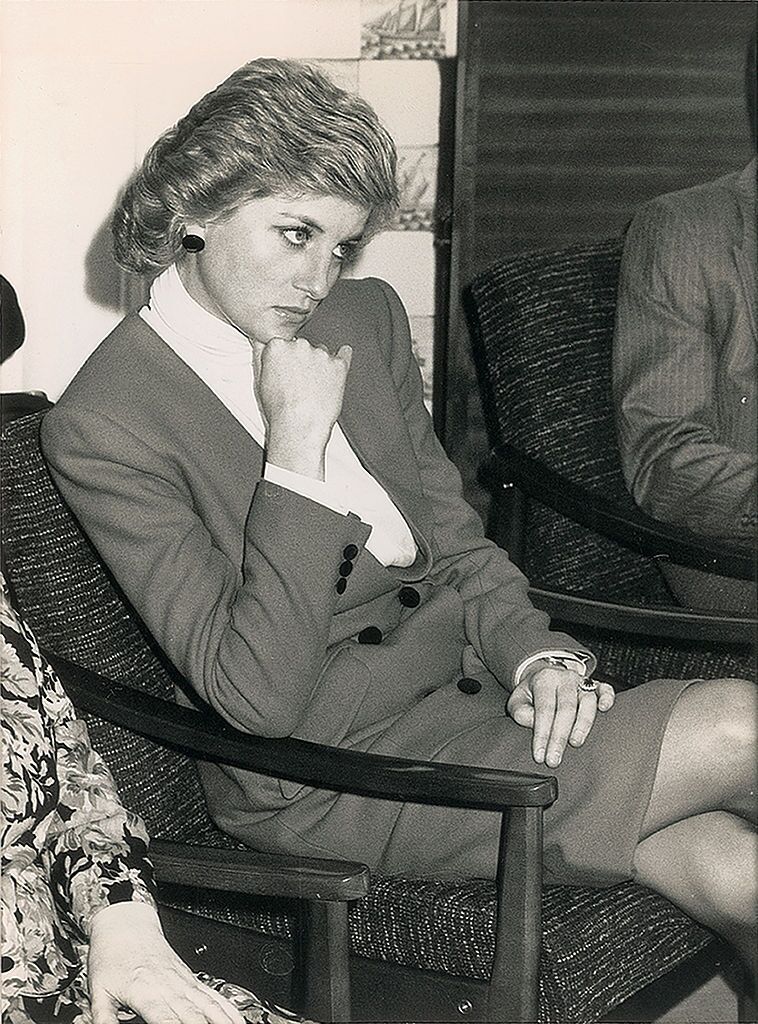 The Princess of Wales expressed her disappointment like the rest of the world when the news of her husband’s scandal became public. The Tampongate or Camillagate recording which glaringly signified the romantic involvement with the Prince and his mistress, Camilla Parker Bowles made the Princess sad. 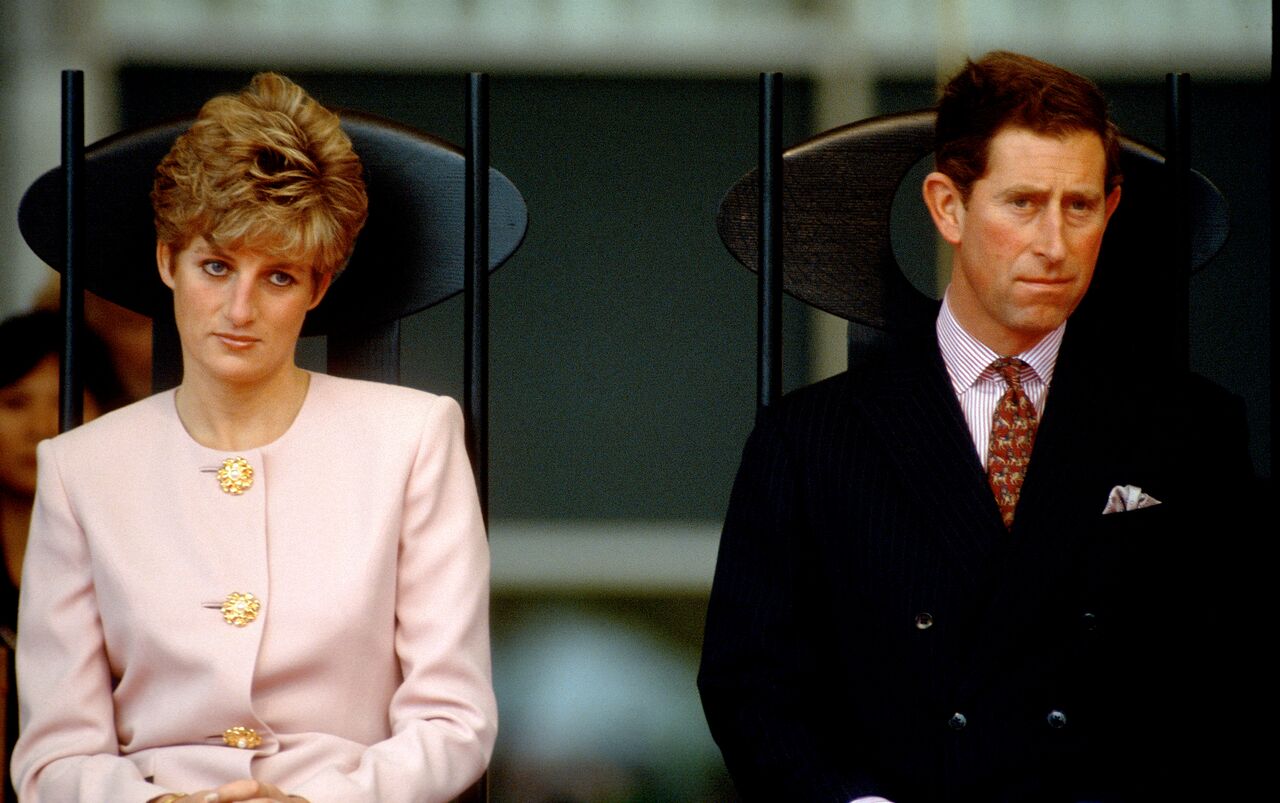 However, instead of keeping the entire affair under wraps, Diana decided to air the dirty laundry of her marriage, regardless of the consequences. In an interview with BBC’s Martin Bashir, the Princess confessed that she had always had an inkling of the whole thing and that her husband didn’t love her, as his heart was with another woman. She said:

“Well, there were three of us in the marriage, so it was a bit crowded.”

Princess Diana sought for ways to disengage and dissuade the two from continuing the affair; she even went as far as confronting Camilla about the incident.

With Diana being one of the most photographed women in the world, it was difficult for her to keep her life out of the public eye. However, it would seem that she bore too much in the interview with Martin Bashir. As though revealing the dirty secrets of her troubled marriage didn’t cause enough damage to the reputation of the royal family, Diana went on spill details about her health. 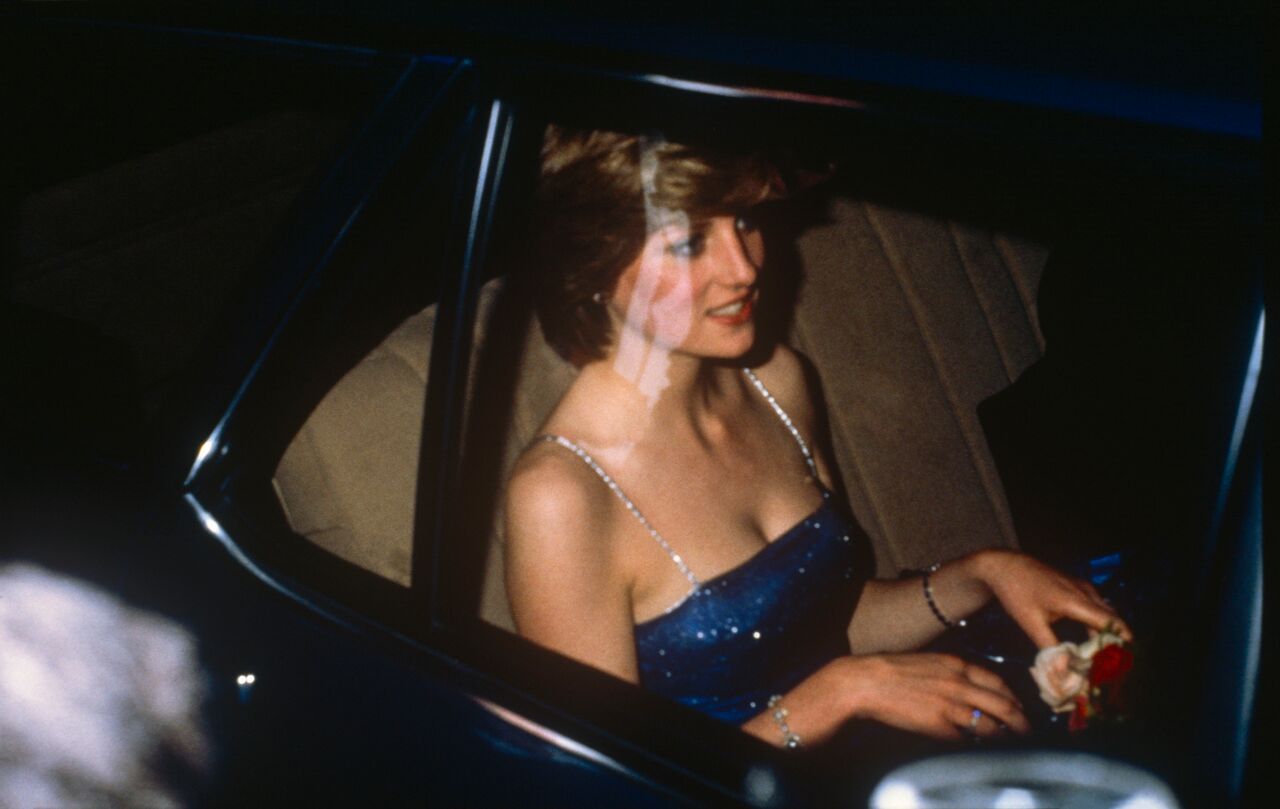 She spoke about her struggle with bulimia and how she constantly battled the thought of harming herself. Given that speaking so openly to the press was against royal protocols, it is believed this was the point where members of the Royal family, especially the Queen, had enough of Diana.

THE DAMAGING EFFECTS OF THE INTERVIEW

Diana’s single act had a ton of effects on her relationship with the royal family. First, Her Majesty felt outraged by the publicity of her affairs, and so she served the Princess a letter to divorce her son. According to the Princess’s butler, Paul Burrell, when the Princess got the message she was alarmed at the order. 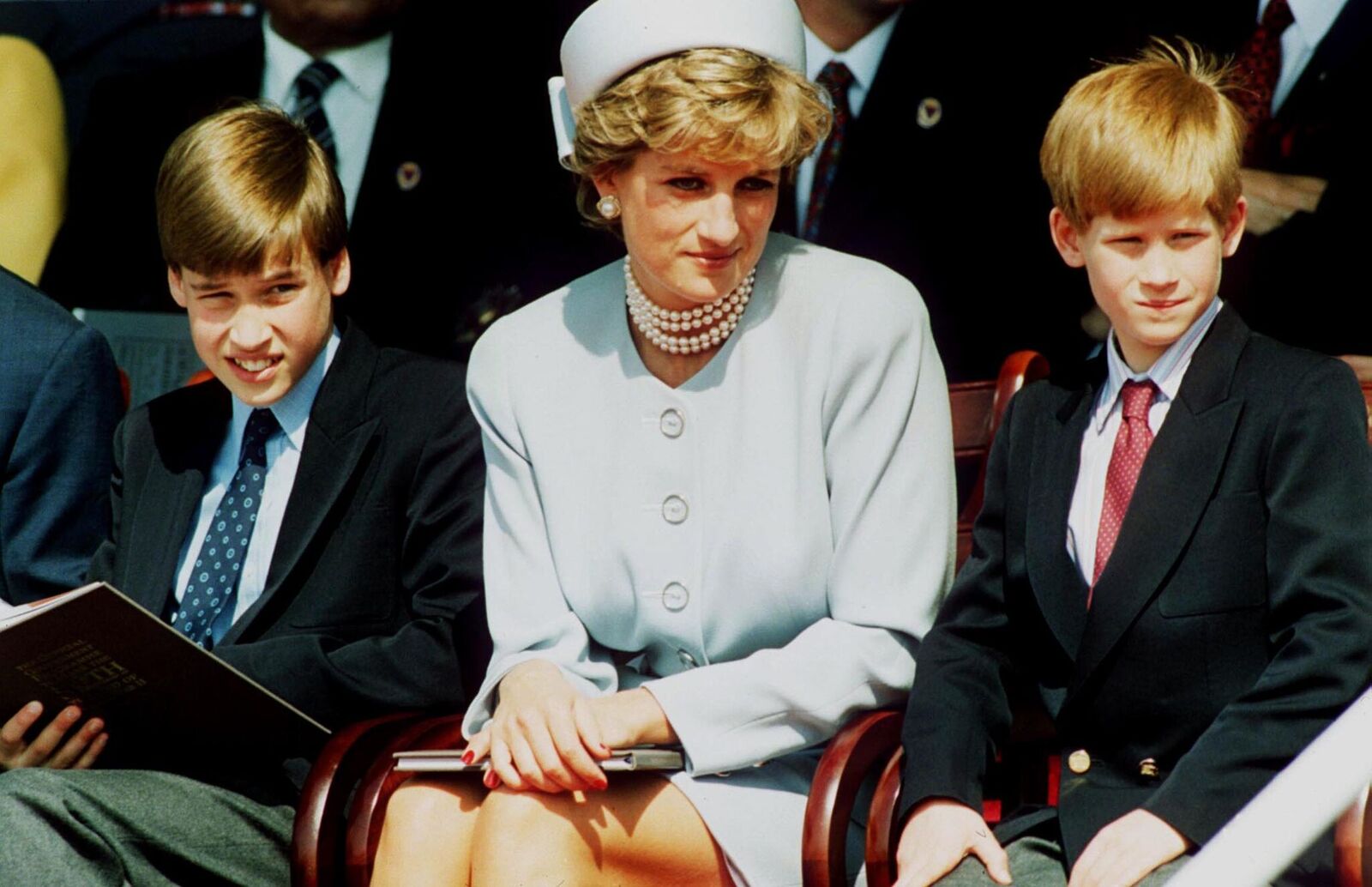 It appeared that she only wanted separation and not for her marriage to end in a divorce. But it seemed her interview had provoked the Monarch to go the extreme. Paul said:

“It was a letter with the royal crest of Windsor Castle, it was the queen’s hand, and her handwriting was ‘I have consulted with the Archbishop of Canterbury and with the prime minister and, of course, with Charles, and we have decided that the best course for you is divorce.'"

It was at this point that Diana’s heart strayed away from the royal family. It was reported that the People’s Princess responded to the letter by saying:

"That's rich! They get to decide whether I divorce." 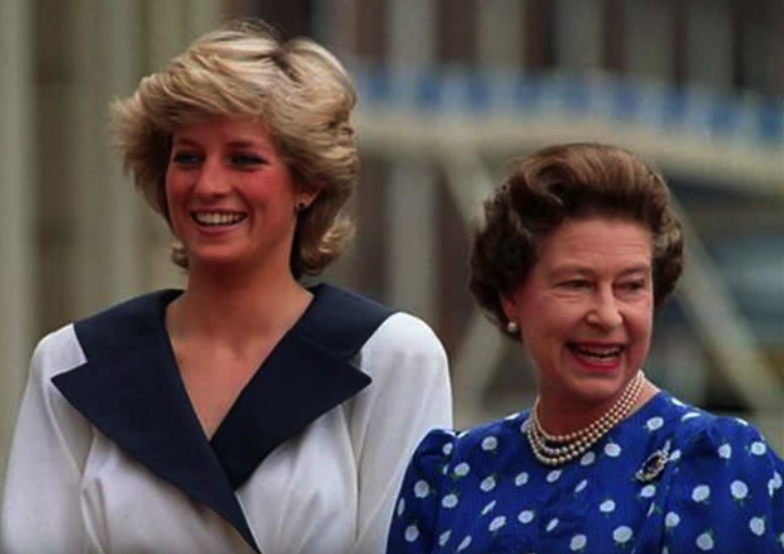 EVEN PRINCE WILLIAM WAS FURIOUS

The Queen was not the only one who fumed about the whole revelation as Prince William found it a bitter pill to swallow. A royal author, Katie Nicholl, revealed the friction that existed between mother and son after Princess Diana went public with her problems. She said:

“For him, the idea of playing out one's troubles and wearing one’s heart on one’s sleeve and bringing humiliation onto the royal family- well, that was a big no-no." 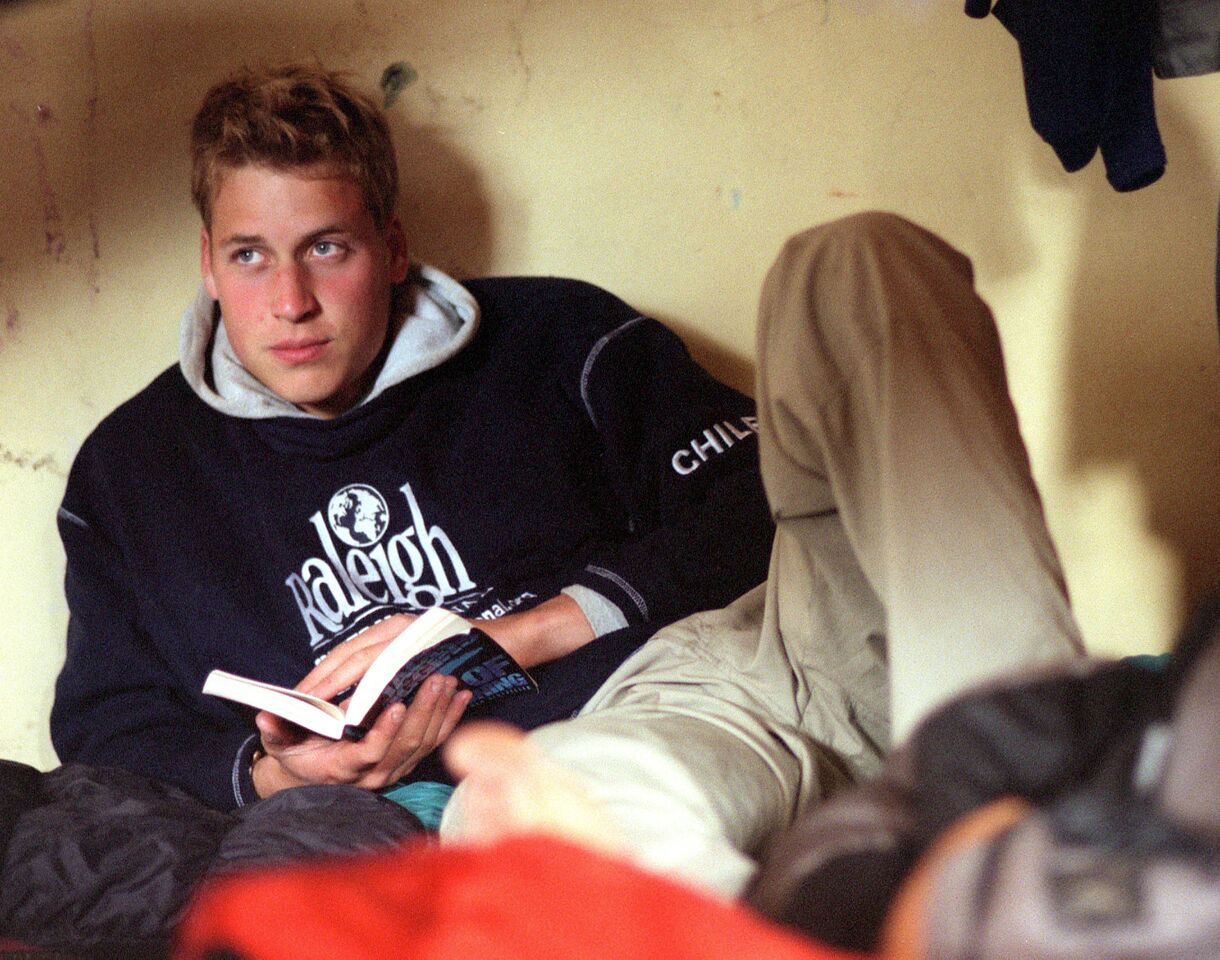 "He refused to speak with his mother for some days after that, and bare in mind how close they were; this was absolutely devastating for Diana."

The royal couple officially ended their union in 1996, but things were never the same with the royal family until her demise the following year. 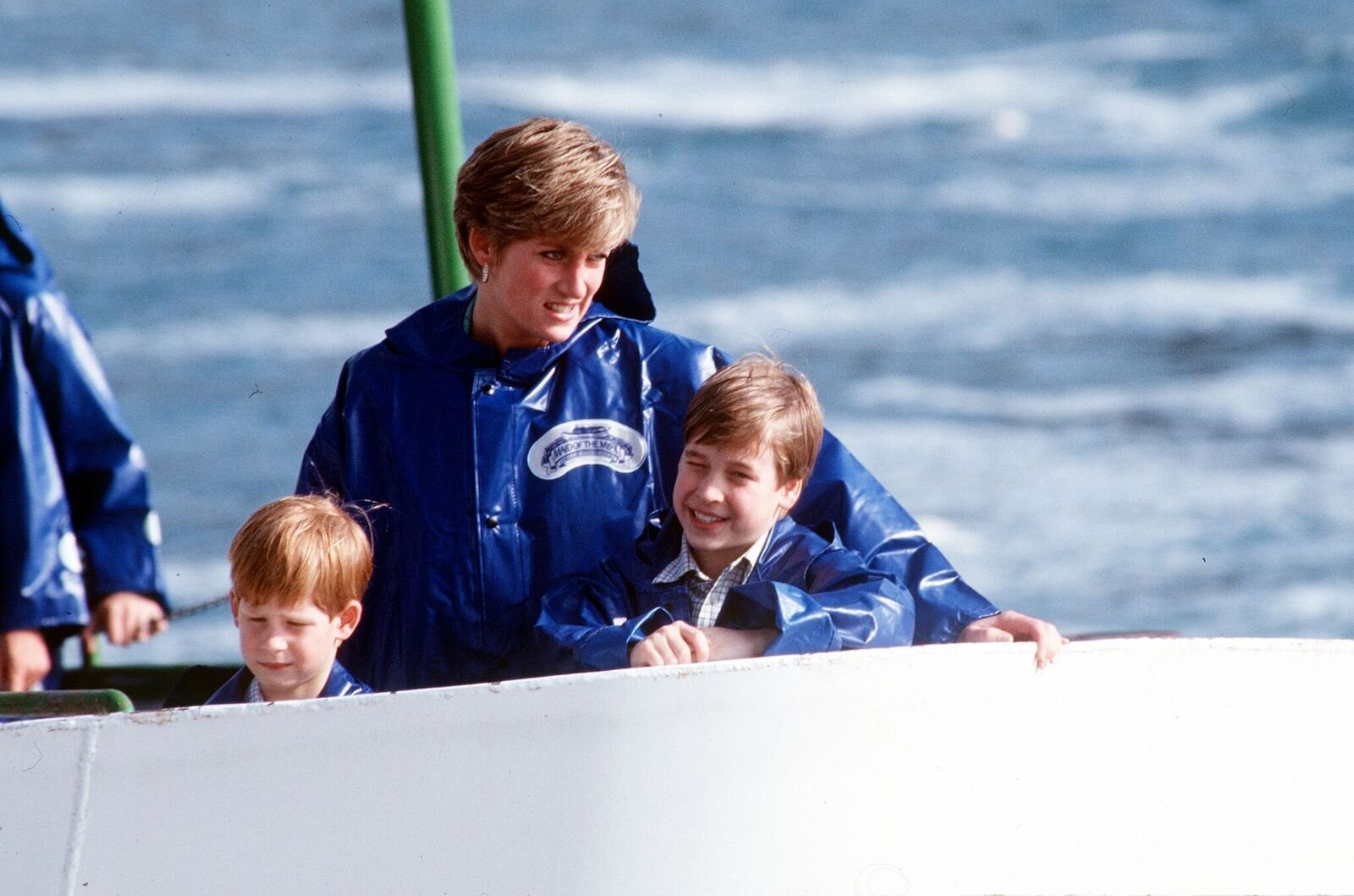 Princess Diana was human like the rest of us and made some mistakes in her lifetime. However, that never stopped the world from seeing her light. Regardless of what went down with her and the royal family, Princess Diana’s legacy still thrives. She was indeed a unique being who never failed to make people smile. Do you think the Queen overreacted by ordering Charles and Diana to divorce? Or do you believe the royal family wrongly treated Princess Diana? Let us know your thoughts in the comments section.

Get More Thrilling Articles On The Royal Family Here: