Billie Eilish is taking the music industry by storm, and she is just 17 years old. She started gaining followers on SoundCloud with the single ‘Ocean Eye’s, which she co-wrote with her brother, and for the last couple of her years, her rise to stardom has been incredible. 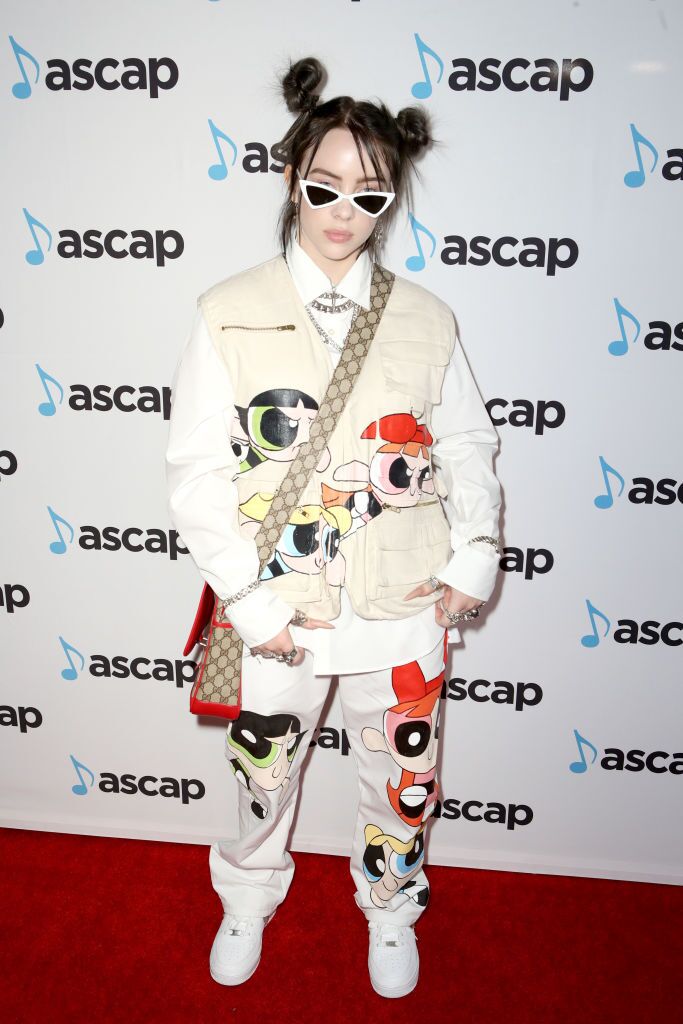 However, there are many things people still don’t know about this young artist like the reason she barely smiles in photos and a disease she lives with every day. Let’s find out more!

Did she have a happy childhood?

The singer grew up in a disorganized house surrounded by musical instruments and baby pictures, which might have been the perfect place to create songs in the first place. Her parents were artists themselves, and they named her Billie Eilish Pirate Baird O'Connell, and she was born on December 18, 2001. Many millennials might not even know who she is, but the world is surely watching her. 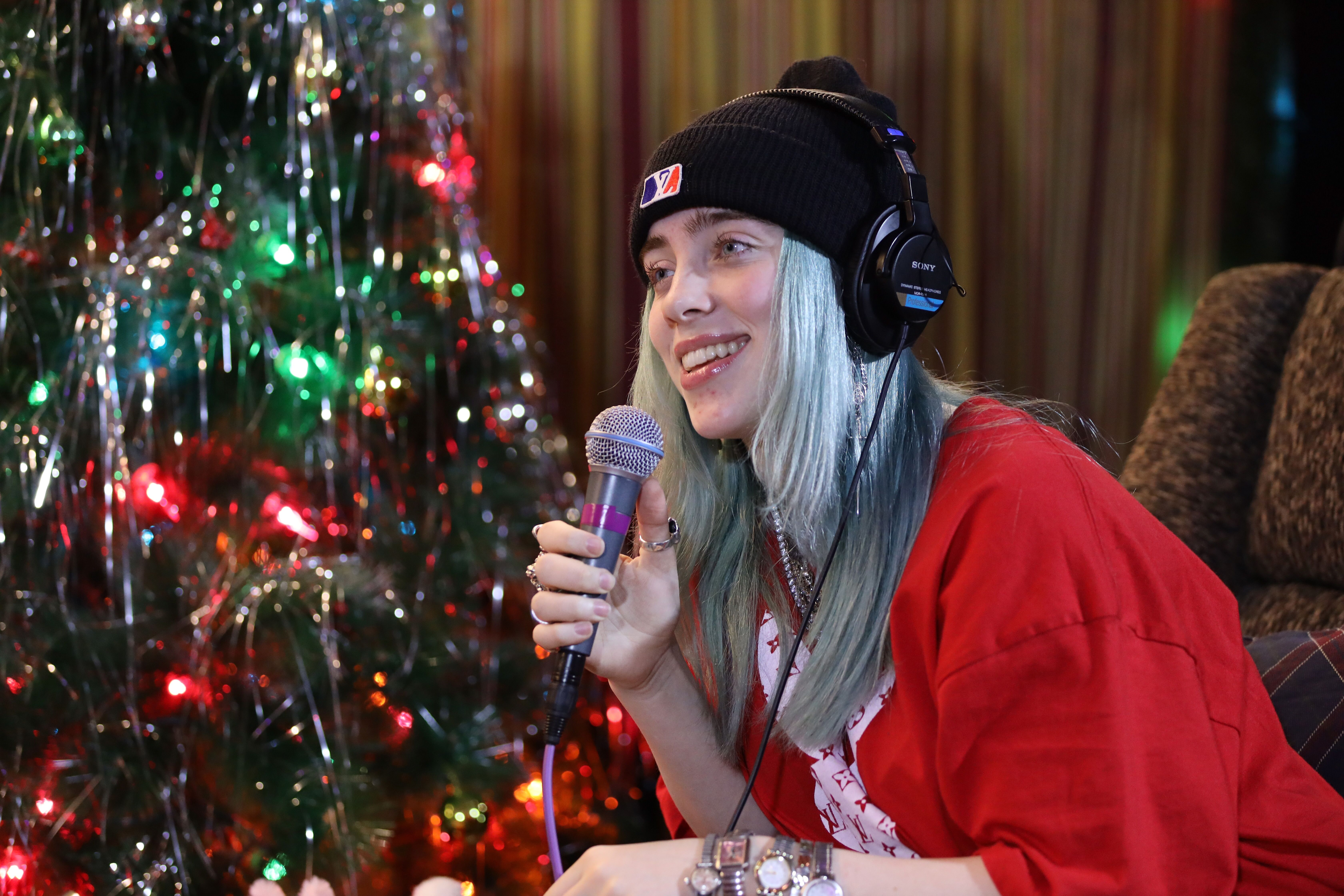 Her mother was also a songwriter, while her father played piano and the ukulele. Therefore, Billie was introduced to lots of different genres, bands, and musicians from an early age. Artists such as The Beatles, Avril Lavigne, My Chemical Romance, and Lana del Rey were some of her major influences, who definitely have shaped her style.

However, Billie doesn’t come from wealth. Her parents even slept in their living bedroom so that she and her brother, Finneas, had the two bedrooms. Additionally, the singer worked part-time at a ranch in exchange for horse riding lessons. Of course, the artistic part of her family helped her become who she is today, but her upbringing was different from other kids her age.

Their parents homeschooled both of them, and they wouldn’t leave their house much except for dancing lessons at the Los Angeles children’s chorus. While other kids were studying and having fun, Billie was writing her first song, ‘Finger’s Crossed’. She was just 12 at the time, and it was about an unlikely romance during a zombie apocalypse.

It was listened to more than a thousand times back then, which was astonishing for such a young age. However, Billie currently feels that her first song is “trash”. One of her greatest inspirations is her brother, Finneas, who has been making his own music and producing for a long time. He also performs with his band, and Billie decided to collaborate with him because of her admiration. Thus, ‘Ocean Eyes’ was written, changing her life.

What is the secret of her success?

Billie wouldn’t know at the time that ‘Ocean Eyes’ would bring her success. Finneas was tinkering with the song alongside his band, The Slightlys, but things were not coming out correctly. The young teen heard them working on it and knew that she could make it her own piece. Her brother once talked about writing that song to describe his own emotions but thought that a girl’s voice would be fit much better.

For the next two weeks, Billie worked on that song tirelessly, and she would go back to re-record parts until they were perfect to her. When it was finished, the siblings posted it on SoundCloud and wanted to send it to Billie’s dance teacher, hoping to make a choreography for it. However, they ended up with a standard dance video, and it was a huge hit.

They didn’t think it would any further than that because they assumed that those plays came from Billie’s famous friends’ reposts. But, all that happened four years ago, and Billie is currently defining a new era in the music industry. Since then, the singer launched her first EP, collaborated with major artists like Khalid in ‘Lovely,’ and her songs have been streamed millions of times on Spotify.

She was even invited to the ‘Ellen DeGeneres Show,’ where she performed in a tracksuit with her name printed. All that happened before she turned 17.

The other side of success 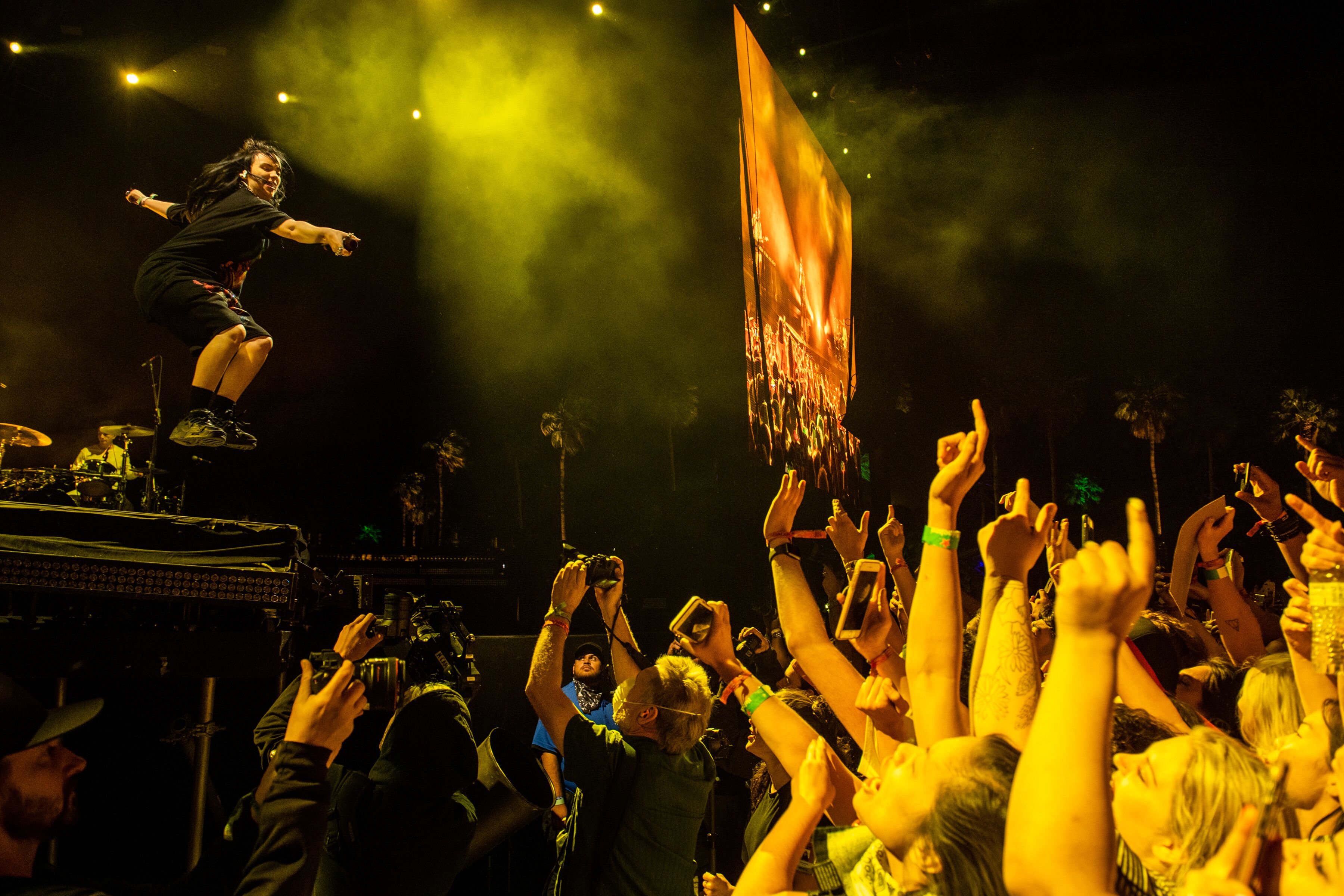 On stage, her performances are amazing, but when she gets off, things seem rather dark for the young singer. Billie apparently feels lonely and overwhelmed by the massive media attention. Therefore, the singer has come to hate weekends, when there is usually nothing to do. She doesn’t enjoy being left to overthink.

Interestingly, her brother, who has been working with her at producing and performing, has a totally normal life off the stage. He is not as recognized as his little sister, and Finneas recently moved out of his parent’s house to live with his girlfriend. 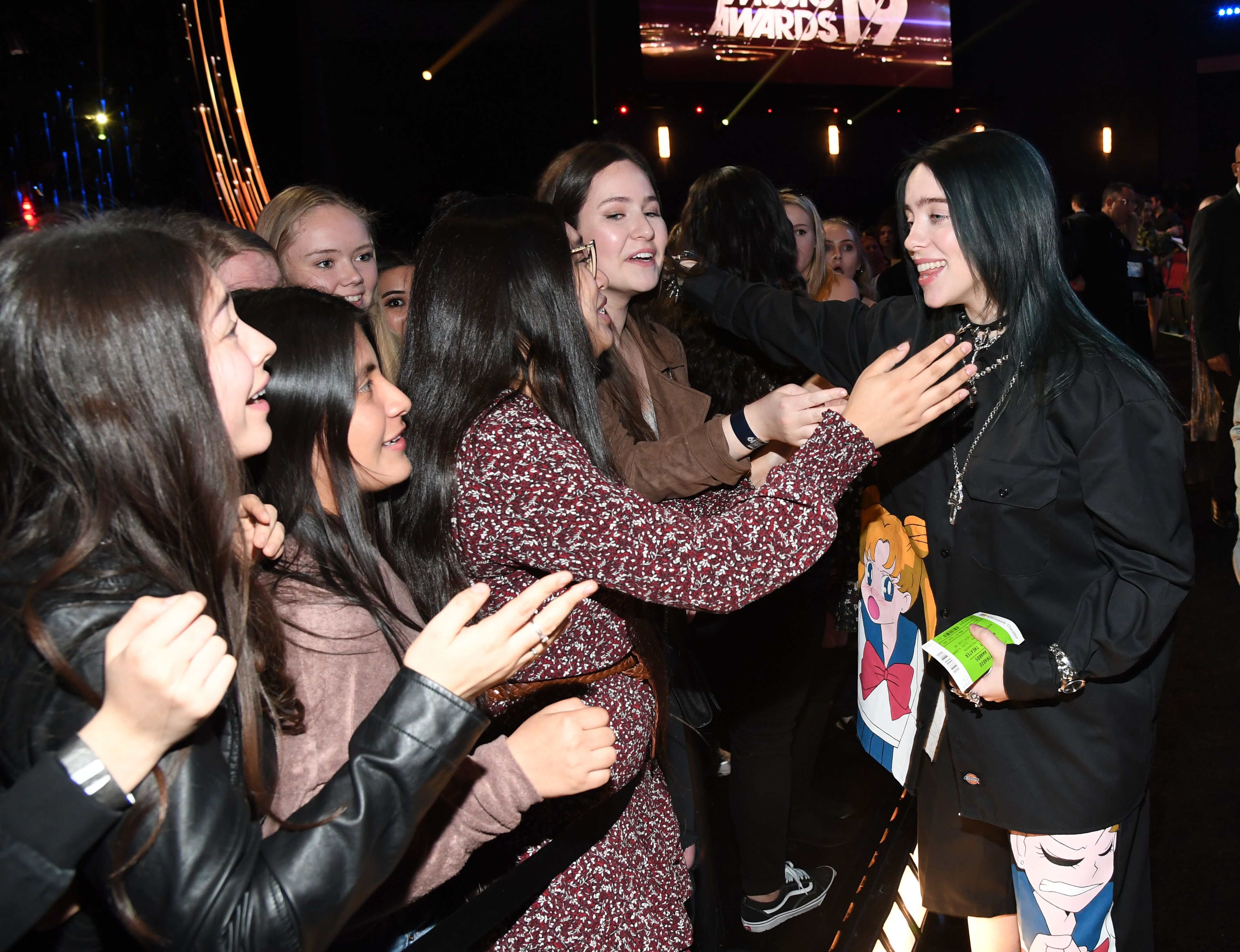 Her fans surround her everywhere she goes; so, Billie cannot have a normal life right now. Vanity Fair interviewed her when she was 15, and once again, the next year. Her Instagram gathered over 6 million followers almost overnight, and her career has gone from performing in front of 500 people to more than 40,000 in only one year. Right now, the singer has more than 20 million followers on Instagram.

Her newest album, ‘When We All Fall Asleep, Where Do We Go?’, rose to the top of streaming charts quickly, and her appearance at Coachella was more popular than some major artists who were headlining the show. On the other hand, Billie was glad that her success led to meeting Justin Bieber, who was her “first love,” at the music festival.

The singer has even said that she “would cry all the time just because he didn’t know she existed.” Bieber followed her on Instagram, revealing that he had seen a message she sent him years before. In it, she had wondered if they could talk.

Why some people judge the singer 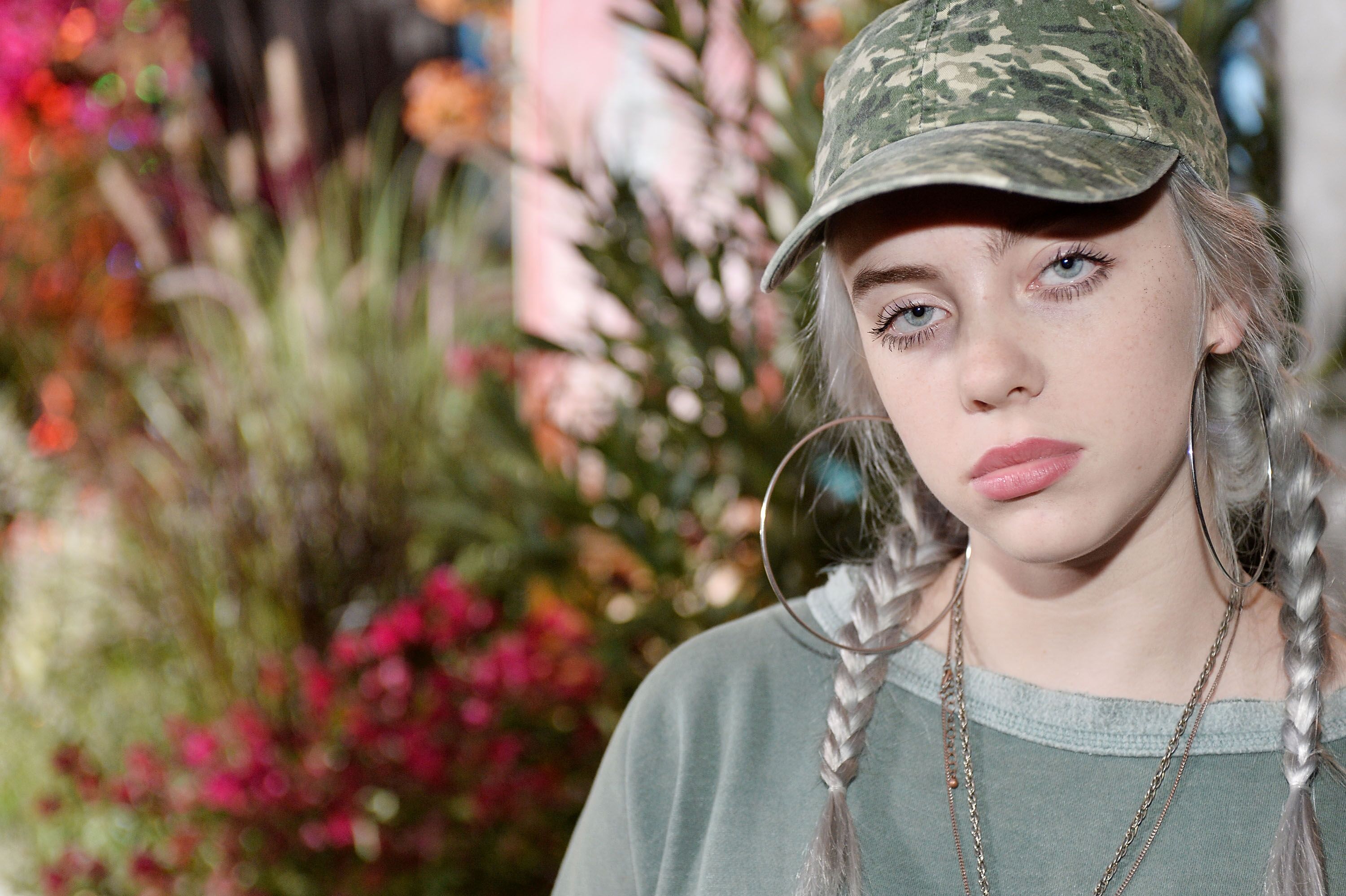 Her style, demeanor, and the topics of her songs can be pretty scary for some people, but young fans are loving them because of the openness. She sings about depression, fears, and mental issues, but her concerts are vibrant spectacles with just a bit of rebellious, punk-rock attitude. Her clothes are also a significant part of her image.

The singer never wears anything tight, as her fashion sense is more like a cyber-goth, anime fan. Like most teenagers, it seems like she wants to be noticed, but also, not bothered. 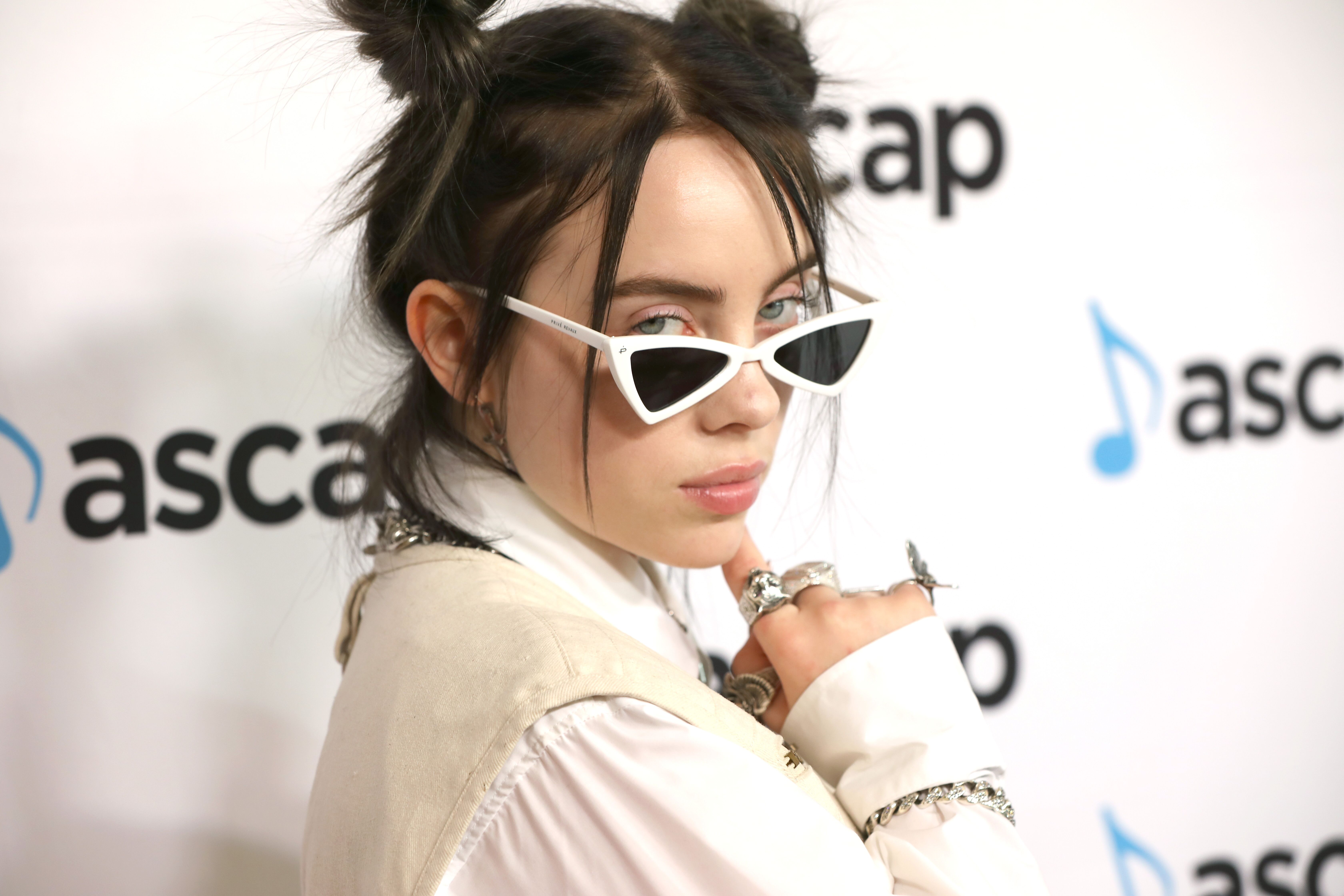 Her life is definitely not easy, as private information has leaked out all the time - such as her home address. Additionally, Billie faces criticism on a daily basis for absolutely everything she does, especially the fact that she doesn’t smile in pictures. The singer has talked about it, explaining that smiling makes her feel weak.

Another fact about her life that got out to the public was her problems with Tourette syndrome, mainly when someone made a video exposing her facial tics. Therefore, she opened up about her disorder,

“I’ve never mentioned it on the internet because nobody thinks I’m deadass. As well as the fact that I’ve never wanted people to think of Tourette syndrome every time they think of me.”

The singer also revealed that people hadn’t seen the worst side of her neurological disease because she can suppress most of it and has been dealing with it all her life. Sadly, the more she overpowers those tics, the worse they become later. Meanwhile, the performer is grateful that her episodes are not as bad as others who suffer from it.

Her attitude towards this condition endeared her even more with fans, especially those who are going through the same situation. She also suffers from depression, which has gotten worse with time. Her song, ‘I Don’t Want To Be You Anymore,’ talks about a girl who is loved by millions but loathes herself. The singer tried to explain why she feels a certain way or writes such sad songs, but it’s hard for her. Most people have no idea how to deal with those dark emotions, and it’s just out of their control.

That girl makes us laugh

Billie is almost the same age as Britney Spears was when she released ‘Baby, One More Time,’ and there are many milestones ahead that she can look forward to. Meanwhile, she and brother are still making music.

On a funny note, the singer recently learned that the Spice Girls were not a band created for the movie ‘Spice World’, but the other way around, since the film was made for them.

We hope she finds time to work on herself because she can inspire others who feel as deeply as she does. Let us know what you think about her. If you liked this article, share it with your friends who discovered ‘Ocean Eyes’ on SoundCloud back then.