Sophie Countess of Wessex: the Woman Who Has More Royal Power Than It Seems

Sophie, Countess of Wessex, is in an enviable position within the royal family. Looking from the outside in, it seems like the Countess has everything you could wish for. From a happy marriage to a wholesome family, to becoming Queen Elizabeth’s favorite, Sophie has it all. However, The Countess’ success’ might be making a few royal women slightly jealous - and even resentful. Could her success be the spark that started the fire? 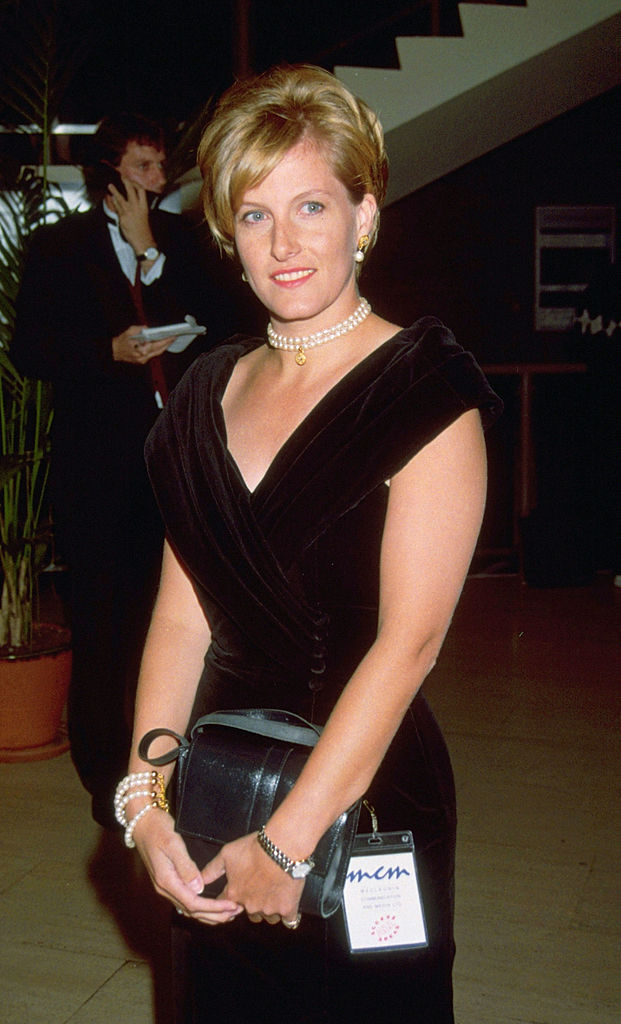 After marrying the love of her life, Prince Edward, in 1993, Sophie has been living the dream. However, there was one thing that seemed to have caused a rift between the Countess and other royal women - including Princess Diana and Sarah Ferguson. The worst part? The Countess did nothing wrong.

It was all because of the way she was introduced to the family and has become the favorite of the most important royal. And it seems like she's secretly won over the hearts of others too! More often, fans have been voicing their discontent with the lack of attention the Countess receives ...

The Countess of Wessex is brilliant at what she does and unfortunately she doesn't get enough credit. 👏👏👏Bravo #SophieWessex

The introduction that earned her hatred

Ingrid Seward, author of the 1995 book “Prince Edward”, went into detail about how Prince Edward decided to carefully introduce his wife to the royal life. And this might be the exact moment where the Countess unknowingly stirred jealousy and earned herself new enemies ... Seward explains:

“The Princess of Wales and Duchess of York only discovered how difficult royal life could be after they were engaged and already en route to the altar". The author also mentions that Sophie was being given a proper introduction - unlike other royal fiancees. Seward goes into more detail, explaining: 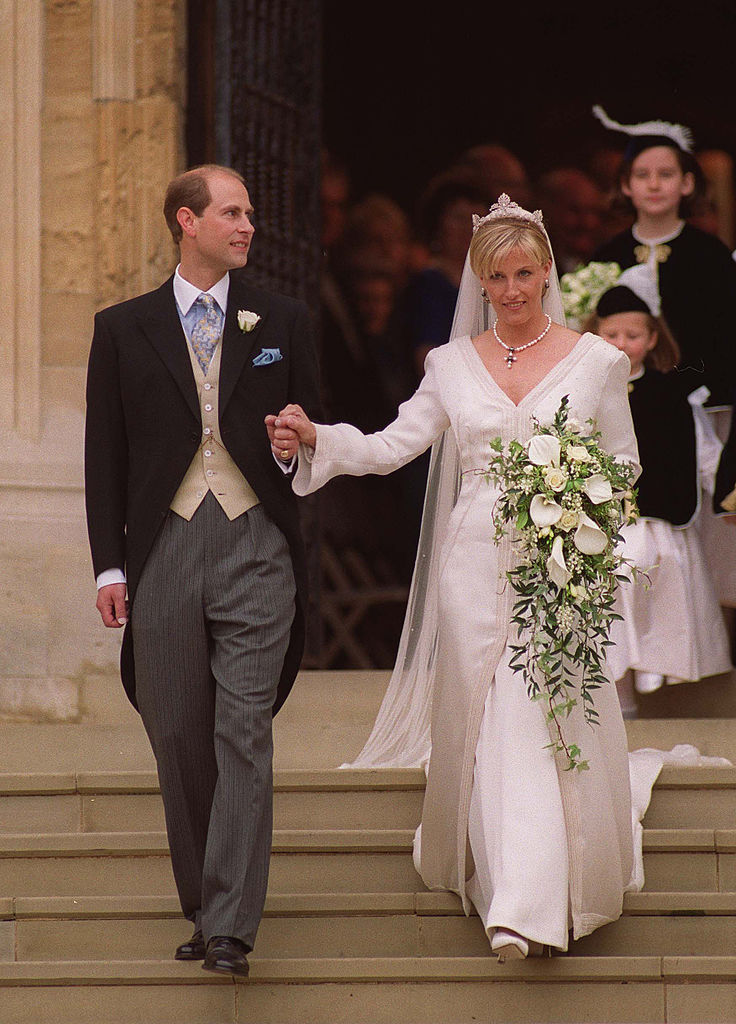 "Sophie was being given a careful and subtle introduction, a fact which did not escape the notice of Diana and Sarah. Both would later complain (with more than an edge of resentment in their voices) that they had received no such help as they struggled to get to terms with their new situation."

Ms. Seward also went into detail about how Queen Elizabeth decided to do things differently this time around. Because of the monarch’s past mistakes, the monarch let Edward and Sophie stay with each other whenever they wished - basically, the couple was given a lot more freedom. This was a luxury none of the other royals received prior. 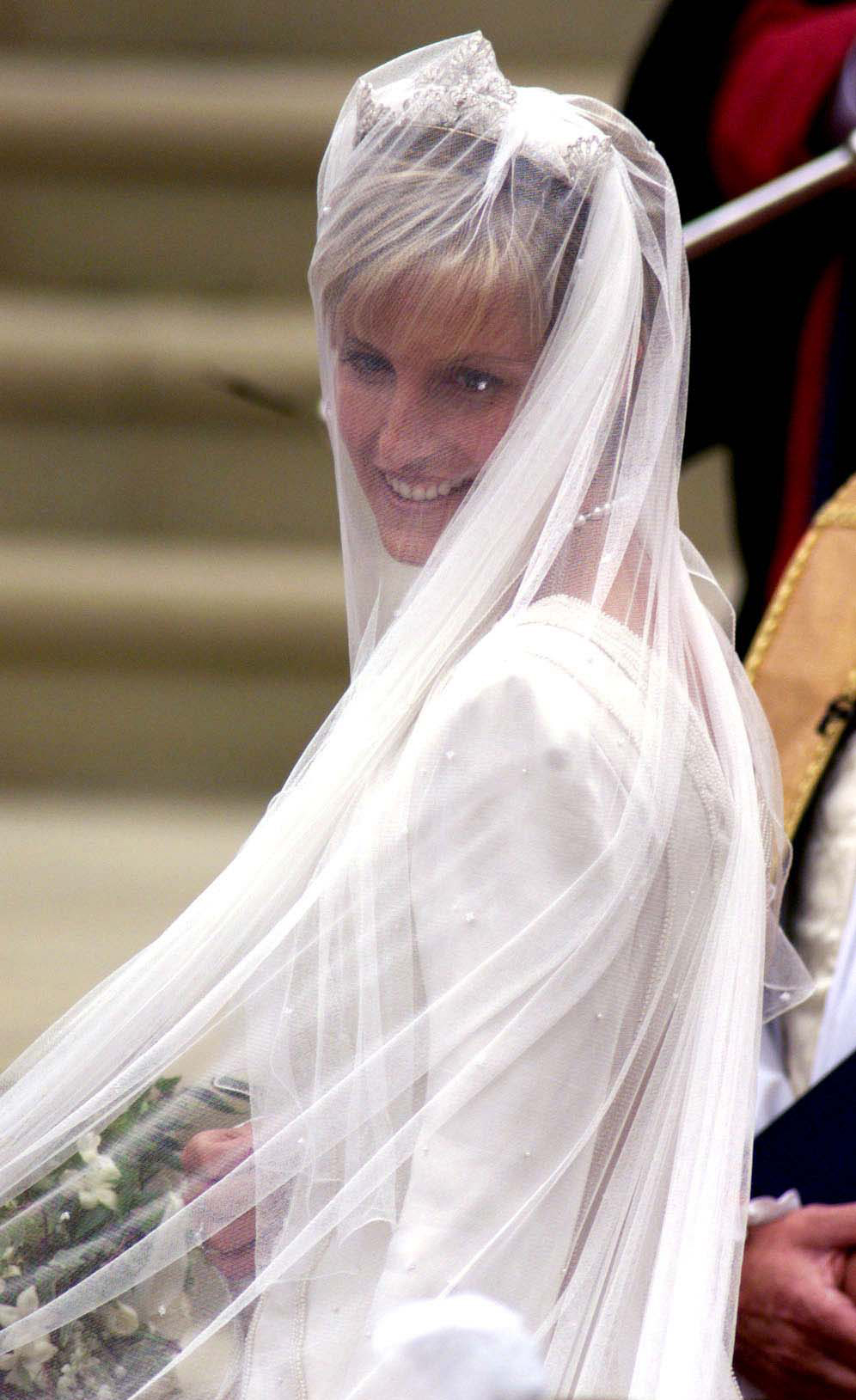 Seward continues, “Both Sarah and Diana had moved into the Palace, but not until they were formally engaged. Even then they were carefully accommodated at the other end of the principal floors that appearances could be maintained. Those structures were set aside for Sophie. She was free to stay with Prince Edward wherever and whenever she wanted to.”

But, unfortunately, this isn’t where the tensions between the three - Edward, Sophie, and Fergie - ended. Fergie was right smack in the middle of a row when the Duchess was accused of leaking the news of Prince Edward and Sophie’s relationship. Needless to say, the Countess had a rough start with her journey down the royal path. 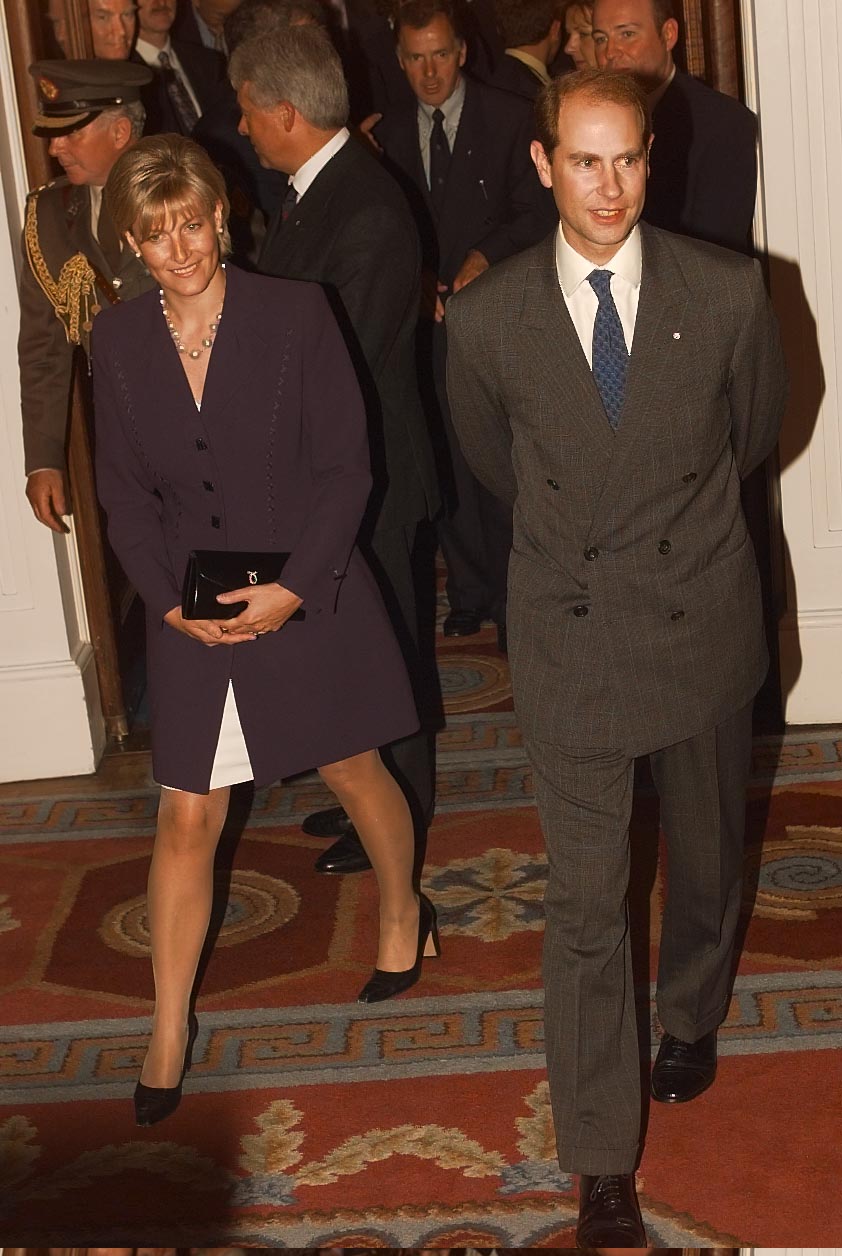 The author explained what happened behind the scenes: “Edward had once been close to the Duchess, but he had come to believe that she had made a fool of his brother (Andrew). Increasingly suspicious of his sister-in-law, he became convinced that she had leaked the information about Sophie to her press contacts.”

Naturally, the entire situation left Duchess Fergie feeling absolutely “incensed” for being blamed. In her eyes, the Duchess had been betrayed. Why's that? Because, after all, the source was an employee of the Palace. Ms. Seward wrote, “It was unjust and untrue and she took her complaint to the Queen.” 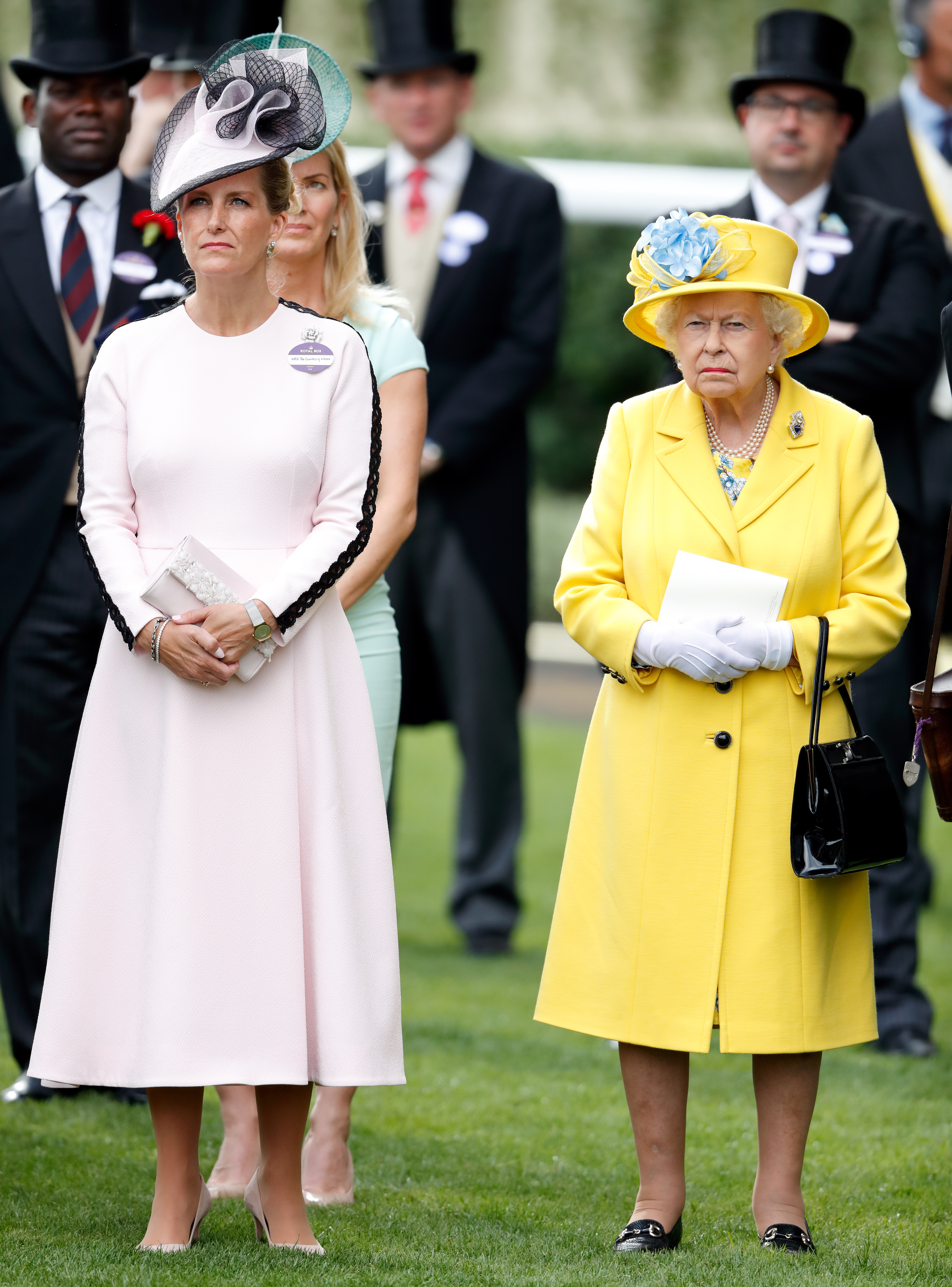 Why Sophie became the Queen’s favorite

Even though Sophie might have had it rough from the start - especially because of her scandal with the supposed ‘journalist’, and all the drama with Fergie - these days, the Queen sees her as her “safest pair of hands.”

A royal aide commented on the matter, making it seem like the two truly share a close bond: “She is trusted and relied on by the Queen in a way I couldn't say applied to the Duchess of Cambridge or the Duchess of Cornwall. She is like another daughter to Her Majesty, they are that close.” 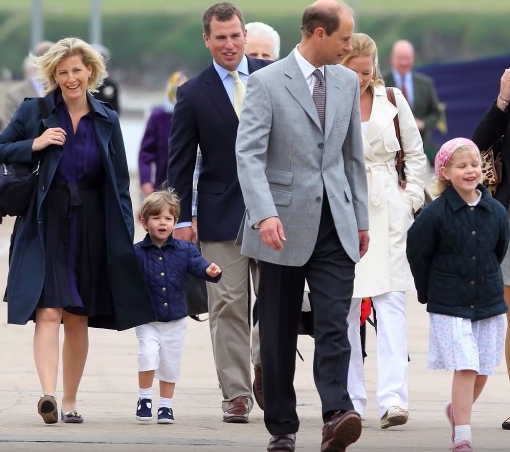 Their close relationship is evident, as the pair is seen spending quite a lot of time together. With time, it seems like they are only becoming closer - and there might be a specific reason behind their closeness. A palace aide said, “She talks to Sophie in the way she used to talk to Princess Margaret."

The source explained in more detail, "Sophie has filled a terrible gap in the Queen's life that was left when her sister and the Queen Mother died in 2002.” The Queen’s love for the Countess can also be seen with special gestures she continuously extends to the royal. One of them? 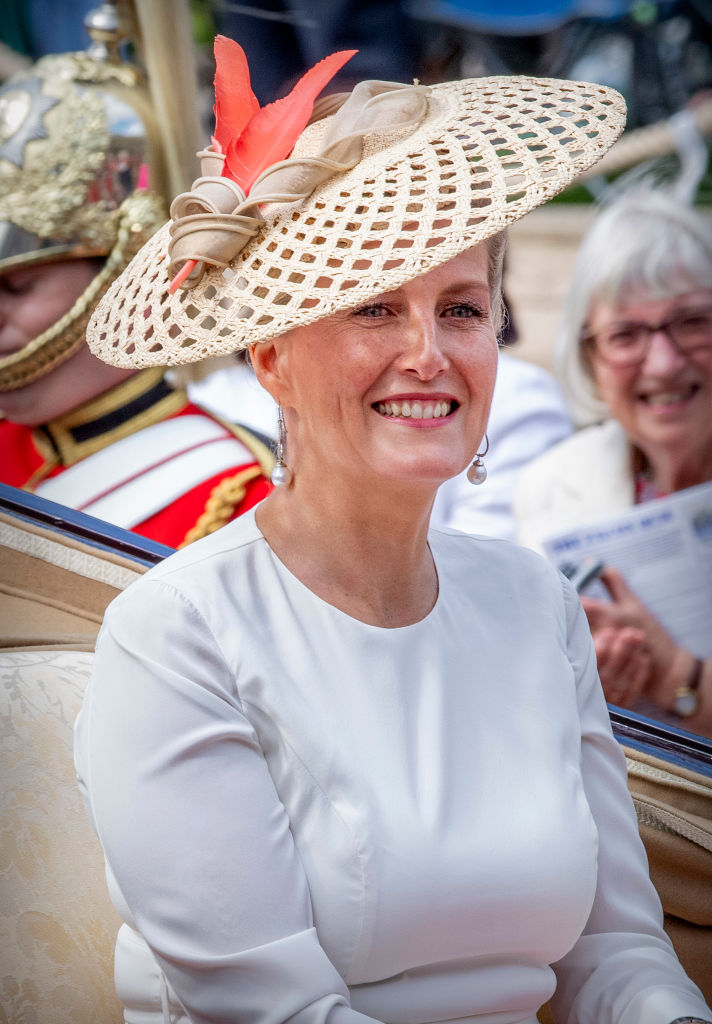 Her Majesty makes sure that Sophie’s father, Christopher, is invited to most Royal Events. At first, this doesn't seem like that big of a deal - who wouldn't extend an invitation to beloved family members? But, keep in mind this invitation isn’t extended to the Middletons. Another reason for Duchess Kate’s iciness towards Sophie.

The Queen respects the Countess' accomplishments

So what exactly is it about the royal that has won over the Queen’s heart? Well, truthfully, there’s a number of factors that come into play. But, the most important thing is who Sophie is as a person. The monarch sees, and respects, her businesswomen's independence, and her determination to do things right. 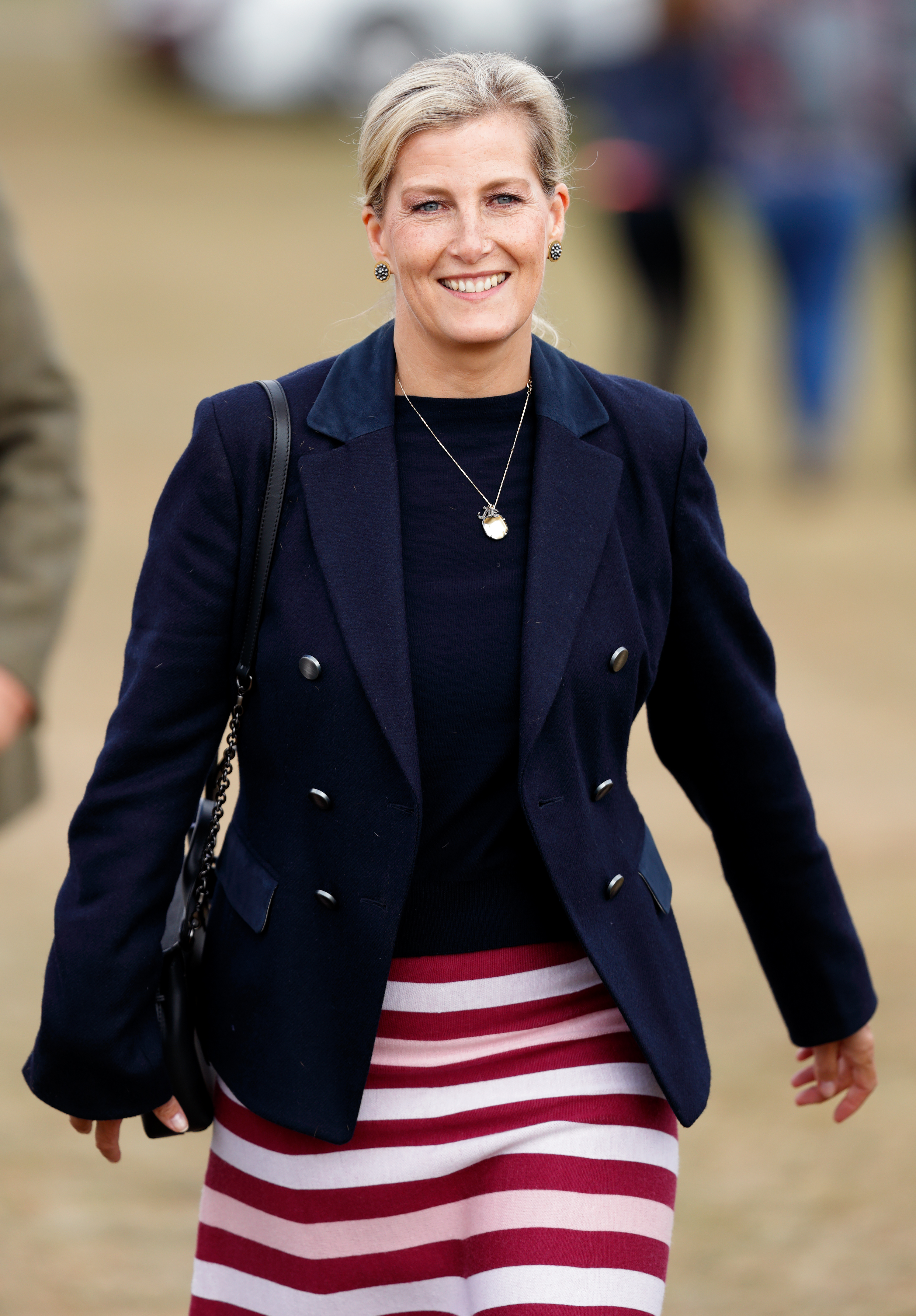 And it looks like there was a good reason that Sophie caught the monarch's eye. Right from the start, Queen Elizabeth somehow spotted these important qualities. And she was right all along. Now, Sophie has matured into exactly what Queen Elizabeth had envisioned - an important royal asset. From memorable speeches, to hosting important events, the Countess is doing it all.

Recently, the royal woman hosted an event which celebrated the work of the Queen Elizabeth Diamond Jubilee Trust. And this is where Sophie made a touching speech, commenting on the Queen, which revealed much about their relationship. In her speech, she highlighted the monarch's lifelong work to better the Commonwealth. While she did refer to Queen Elizabeth as “Your Majesty” several times, in the name of formality (and, well, we are talking about the Queen after all) this was not the only way she spoke of the monarch. In Sophie's speech she shared her personal nickname for the Queen, saying:

“Mama, when I have returned from my travels, I have been so proud to share with you the work I have witnessed being carried out under the umbrella of the Queen Elizabeth Diamond Jubilee Trust and the care of so many people working so hard to save and cure sight." 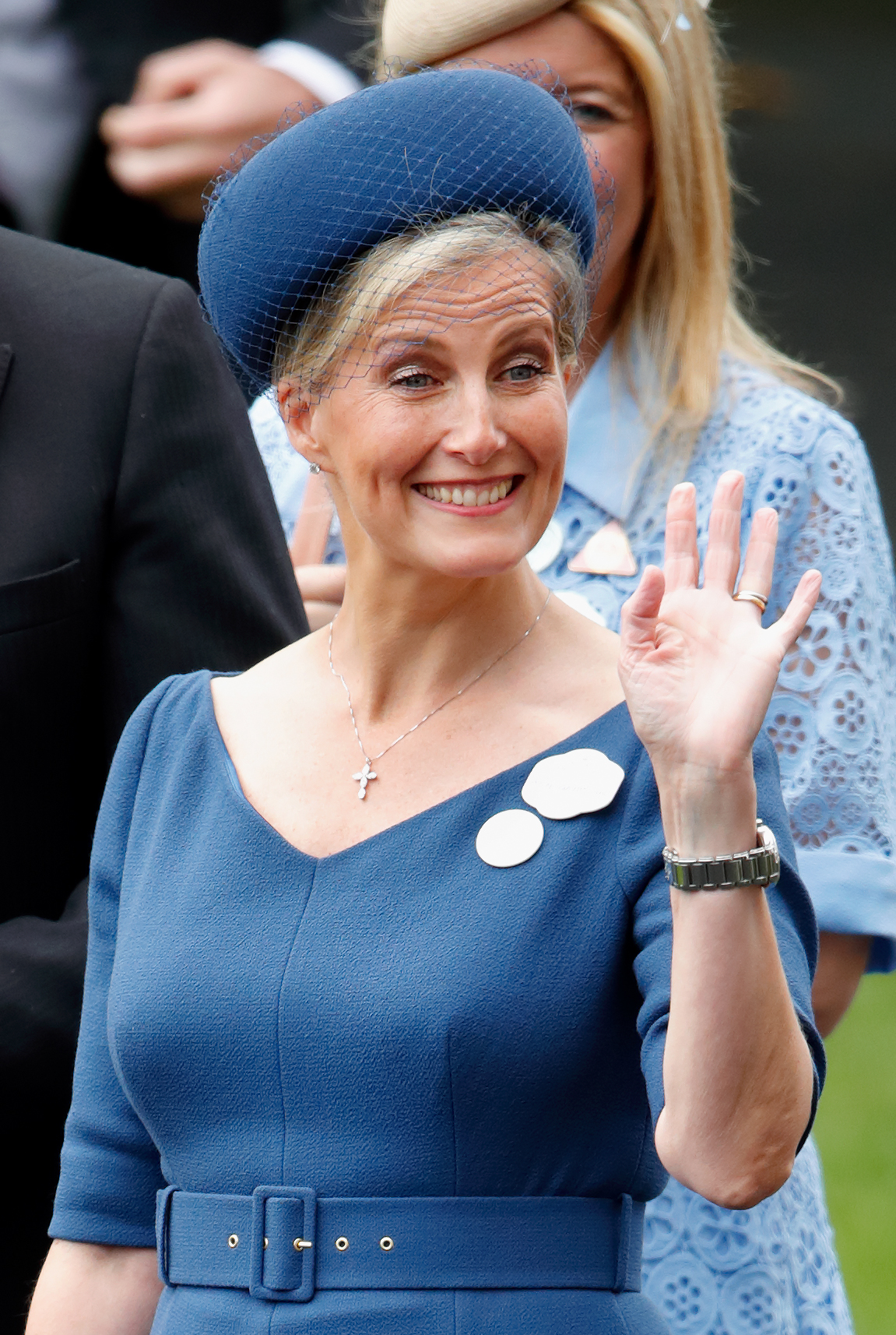 How Sophie stirs jealousy within the Palace

Countess Sophie has made some comments on the reason behind her success recently, at a New York gala dinner. The Countess acted as the new 'global ambassador' for the 100WHF (Women in Hedge Funds). Sophie declared,

“I am rare because I am one of the few ladies in the British Royal Family who has had a professional business career and her own company,” Although it might be a truthful reflection, and the Countess truly has something to be proud of, it was slightly unexpected to hear about Sophie’s experience in the corporate world. 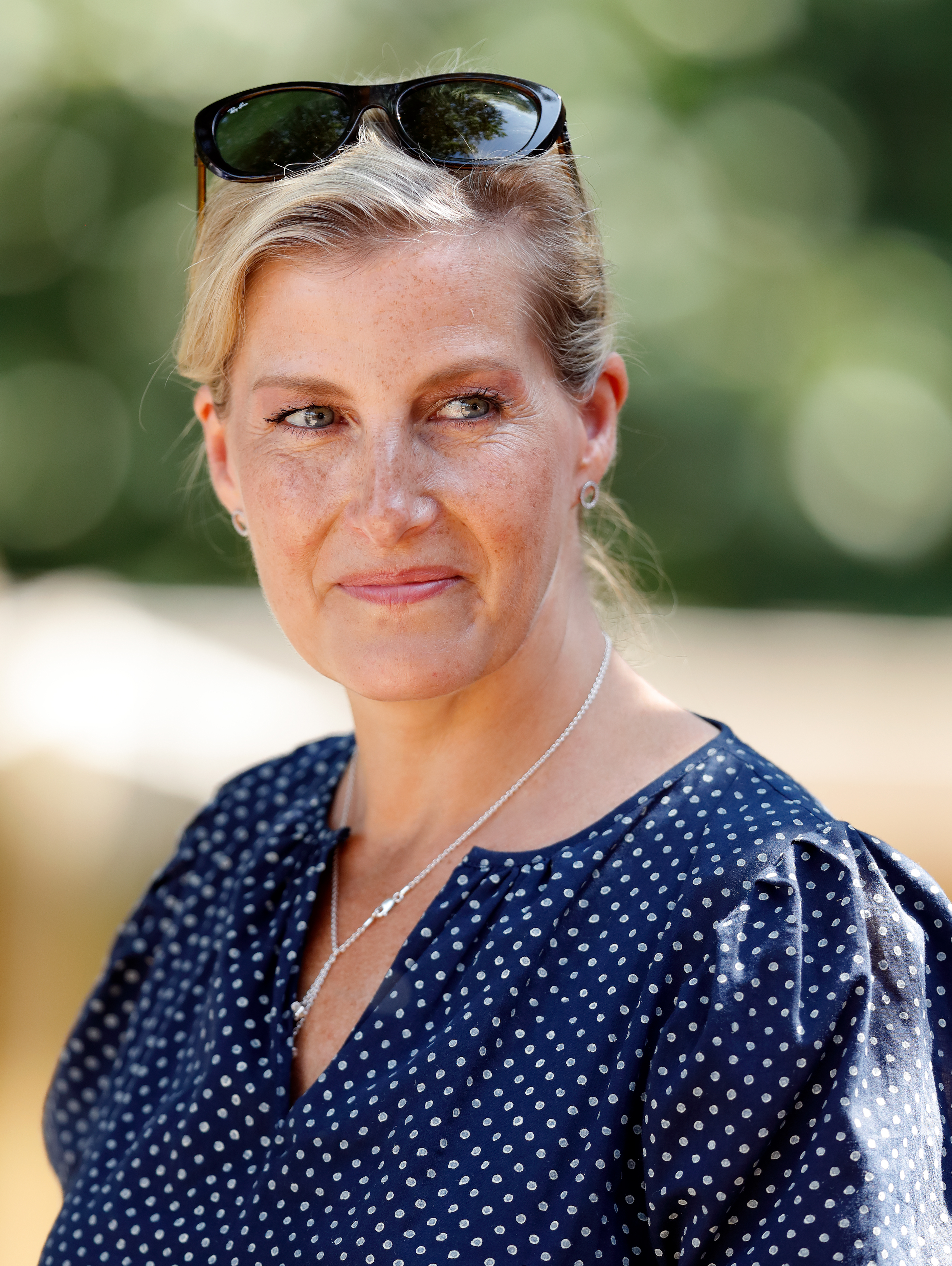 Sophie continued to mention her long, trying, but successful climb up the career latdder as well. And it seems like this reflection, in particular, might have stirred some unpleasant emotions within some royals. When it comes to Camilla particular, this is one royal woman Sophie has never really gotten along with.

With Camilla never having a job outside of her marriage, or even pretending to have one, really, it's obvious why this might have ruffled some feathers. But it looks like Palace outsiders have taken notice of her hardwork, too! Fans keep chiming in on Twitter, showering the Countess with their support:

Camilla wasn't the only royal lady that was seeping with envy, though. The Duchess of Cambridge didn’t seem to embrace the Countess’ progression either, whose relationship is already rocky with as well. And, surprisingly, as one observer mentioned, Kate Middleton felt ‘never entirely at ease’ with. The source explained why:

'You would have thought that Sophie, coming from a not dissimilar middle-class background, and being Kate's aunt by marriage, would have been the young duchess's sounding board and counsel. But it just hasn't turned out like that. The fact is the two are not particularly close.' 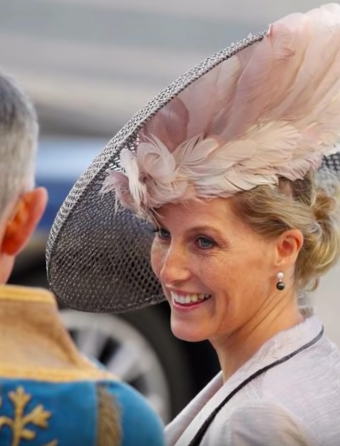 Another factor which has made fellow royals a bit envious is Sophie's similarity to the Princess of Whales. Diana, who died two years before Sophie got engaged to Prince Edward, has been compared to the Countess. A video uploaded to Youtube in 2017 explained that this was because of their “striking blonde looks.”

Diana has often been viewed as the people's princess and the royal with the most fans. This has caused many females within the royal family to envy her status. Now that Sophie is claimed to be similar to Diana, they envy her as well. This animosity between Sophie and the rest of the royals has indeed caused some drama. Does Sophie keep up with other royal brides/women?

The Countess of Wessex joined the royal family twenty years ago when she got married to the Queen's youngest son, Prince Edward. Reports on her body language with the latest bride of the family, Meghan Markle shows that there might be some form of bond between the two ladies.

Although these reports are coming from the things they have in common as told by EXPRESS. The similarity between the Countess of Wessex and the Duchess of Sussex starts from their love for fashion - along with Kate Middleton. The three beautiful women were present at The Commonwealth Fashion Exchange Reception that held at Buckingham Palace. 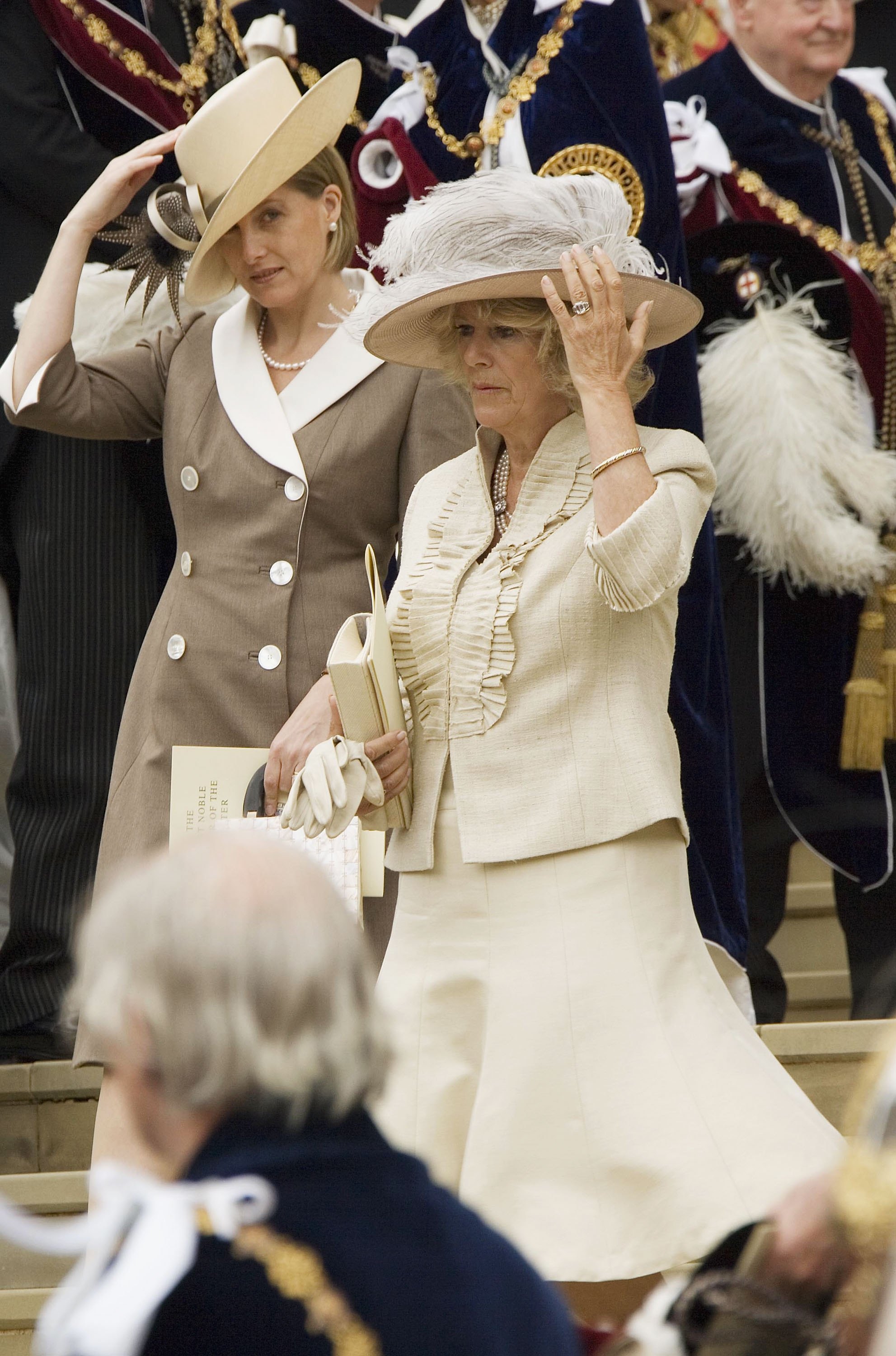 Other similarities they share range from parenting styles to public outings and the obvious fact that they were non-royal women who gave up their jobs when they got married into the royal family. Truthfully, it seems like all the hatred and iciness might really be uncalled for. After all, Sophie has worked hard to end up where she is today!