Legendary actor Tony Curtis made his mark in Hollywood not only through his unforgettable acting but with his talented offspring as well. Curtis has four daughters from his first two of six marriages, all of whom inherited his onscreen talent and entered showbiz. Keep scrolling to find out more about Kelly, Jamie, Allegra, and Alexandra! 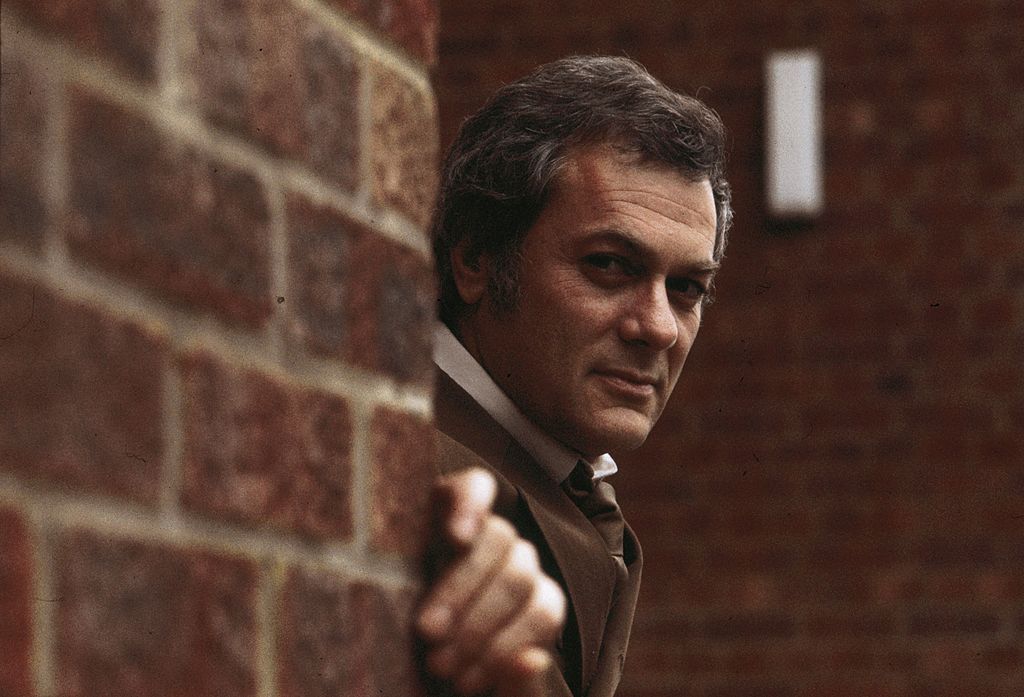 Considered to be one of the few iconic actors of the 1900s, Tony Curtis earned himself a reputation of being a path-breaking performer through his legendary performances and unforgettable roles. Unlike his fellow performers, Curtis had to cope with a scarred childhood, whilst trying to achieve fame at the same time.

After being harshly punished by his parents, and eventually being abandoned in an orphanage, Tony was finally saved by a generous neighbor. It was this neighbor that got Curtis admitted to Seward Park High School, where Tony had his very first experience with acting. Since then, there was no looking back for the actor. 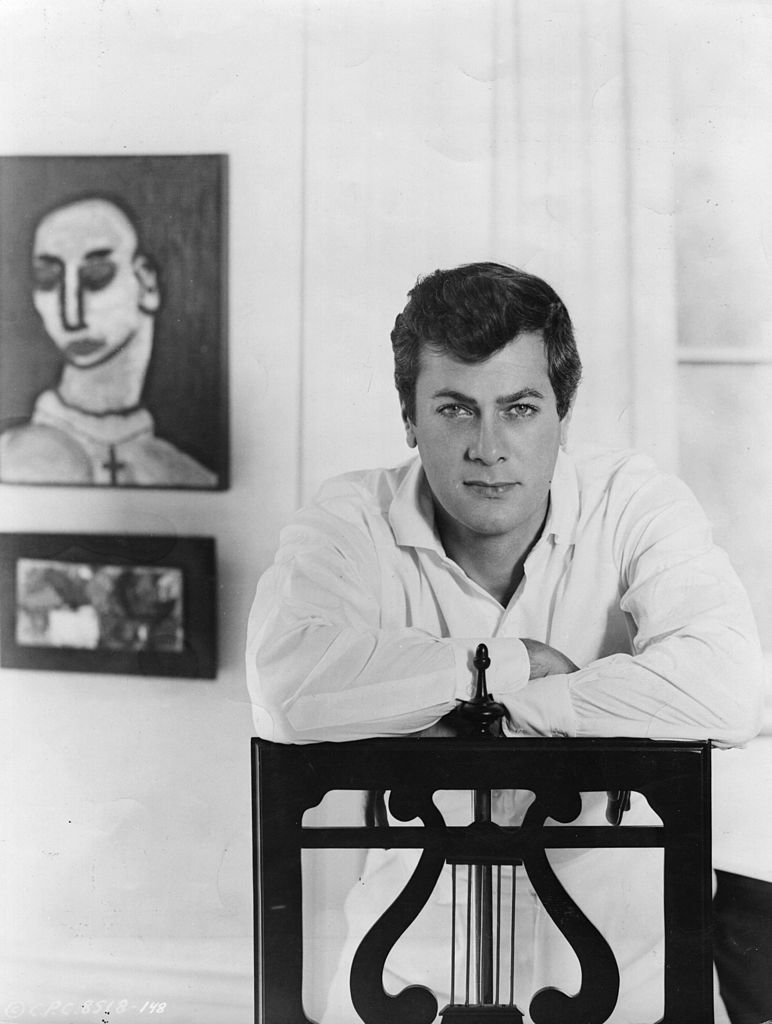 Thanks to both his passion and good-looks, Curtis quickly earned a spot in Hollywood in his early twenties. Of course, it wasn't without some blink-and-miss performances, when Tony finally perfected his talent. ‘Some Like it Hot’ was the actor’s breakthrough role, as he mesmerized both audiences and critics with his performance. And the rest, as they say, is history! The actor starred in dozens of movies and even some television series’ afterward. Aside from acting, Curtis was also involved in numerous philanthropic activities. Before his death, an autobiography about Tony was released, confirming that he truly was a favorite amongst viewers. 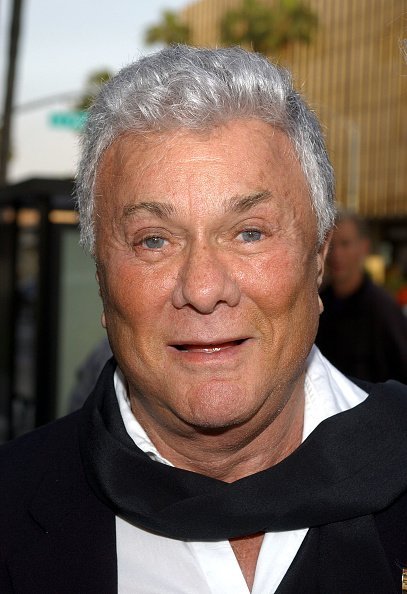 Tony first stepped into the sanctimony of marriage with Janet Leigh on June 4, 1951. The birth of their two daughters followed some years later with Kelly being his firstborn. While Janet gave birth to Kelly on June 17, 1956, in Santa Monica, California. 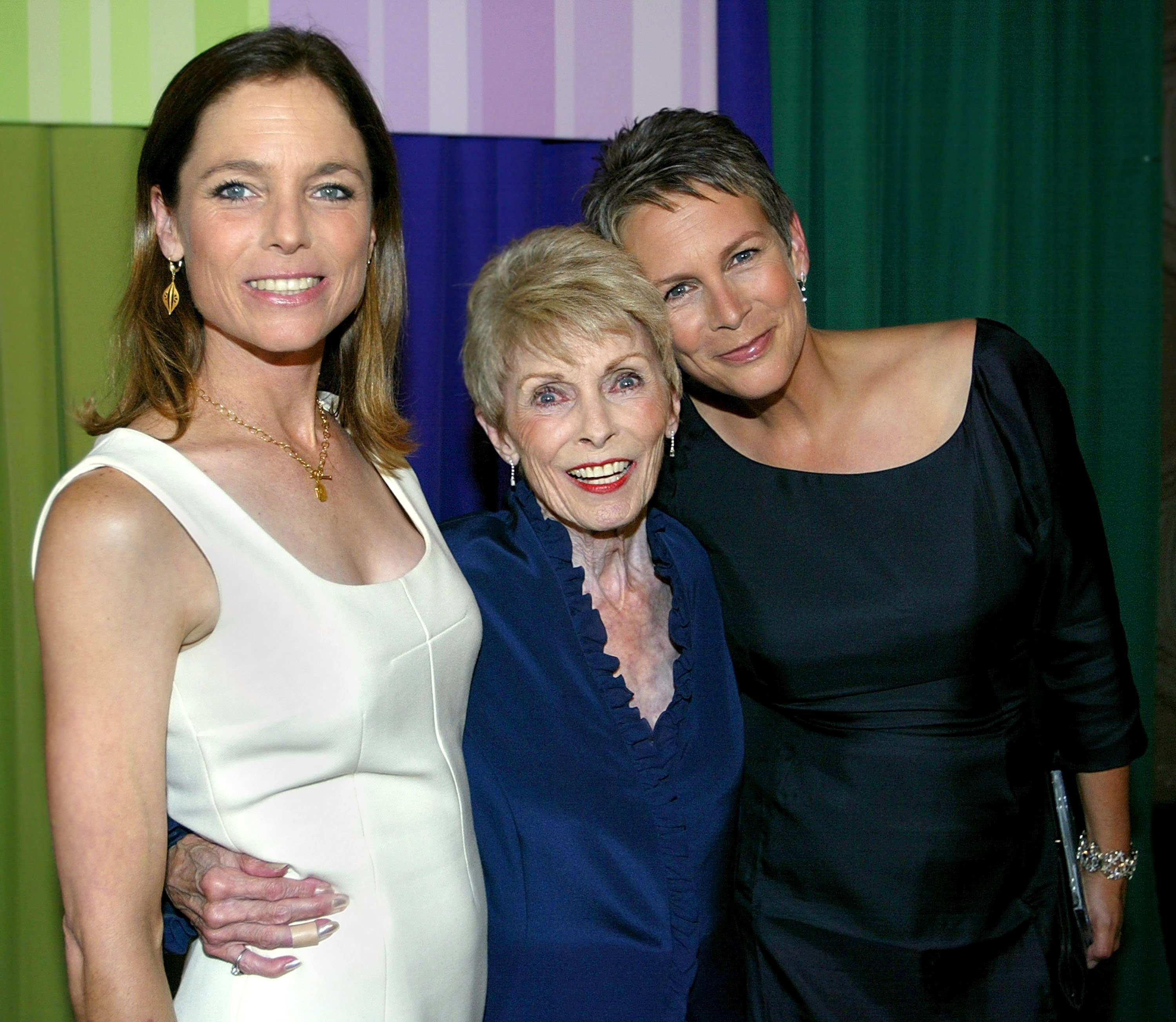 Jamie Lee came into the world two years later on November 22, 1958, in Los Angeles, California. As children, they “ran the gamut from tearing each other’s hair out,” and often ignored each other. However, their rift grew wider after their parents divorced on September 14, 1962. Kelly chose to live with their father. While Jamie Lee, on the other hand, stayed with their mom. Having grown up since then, the two sisters mended their relationship. “It wasn’t like we hated each other. There was always an underlying, basic sort of sisterly thing,”  Jamie Lee told PEOPLE. “We just never really were confidantes. And now we are.” Kelly’s acting career started several years before she earned a Skidmore business degree in 1978, followed by a short stint as a stockbroker. Haunted by unresolved childhood issues, Kelly went through a period of self-discovery while she tackled a lingering stutter resolved through therapy. “I slowly started figuring out who I was and what I wanted to say. It’s almost as if the reason you stutter is because you don’t think you deserve to be heard,” she said. “When you realize that what you have to say has value, that relaxes everything, and you can say it.” With her onscreen debut in an uncredited role in “The Vikings” in 1958. 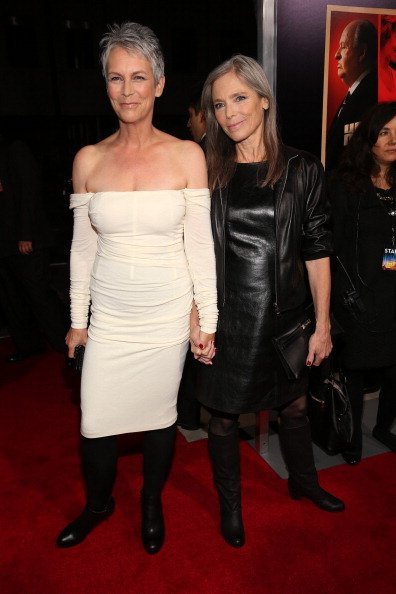 Another 25 years went by before she appeared on television in “The Renegades” in 1983. Later the same year, Kelly and Jamie Lee starred together in “Trading Places,” their first and only appearance together on screen. Similarly, Kelly went on to star alongside their father in “Thanksgiving Day” in 1990, wherein she played his complicated lesbian daughter. Kelly also was known for her roles in the 1993 film “Star Trek: Deep Space Nine,” and “The Sentinel” three years later. While both Jamie Lee and their father went through periods of drug abuse, Kelly never felt the inclination to join in. “I think I was just too stubborn,” she said. “I’ll go through pain before I’ll numb it.” 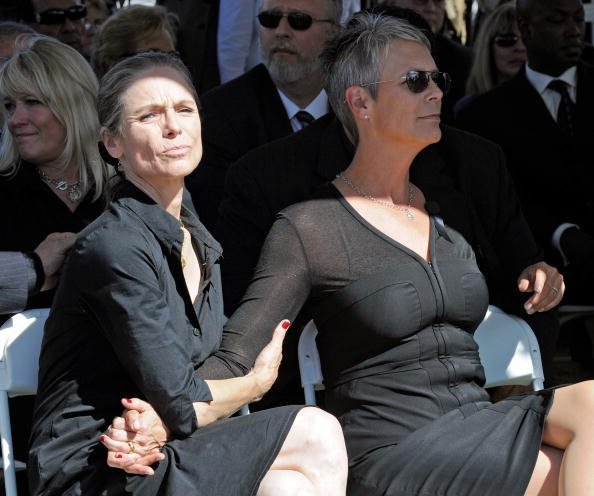 Jamie Lee had previously admitted that she once snorted cocaine with their father after she came clean about her secret opioid addiction that lasted from 1989 until 1999. Already married to Christopher Guest by then, neither he nor anyone else had any idea about her addiction until Jamie Lee attended her first recovery meeting in 1999. 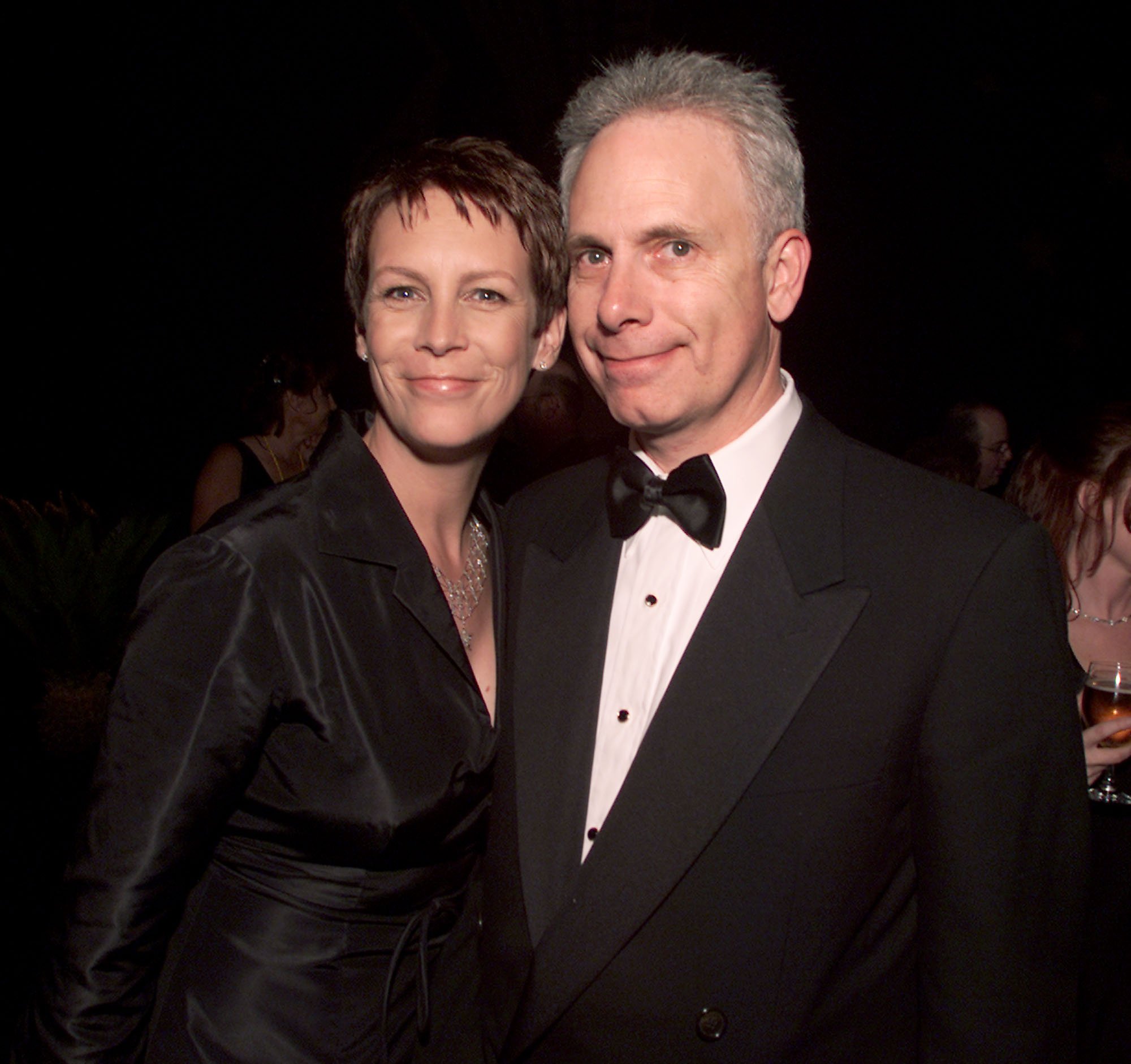 Because Jamie Lee picked her mother’s side after their parents divorced, she had a rocky relationship with their father, but attended his funeral on October 4, 2010, in Henderson, Nevada, nonetheless. Career-wise Jamie Lee became the most acclaimed actress of the four Curtis daughters. Her big break came in 1978 as Laurie Strode in “Halloween.” 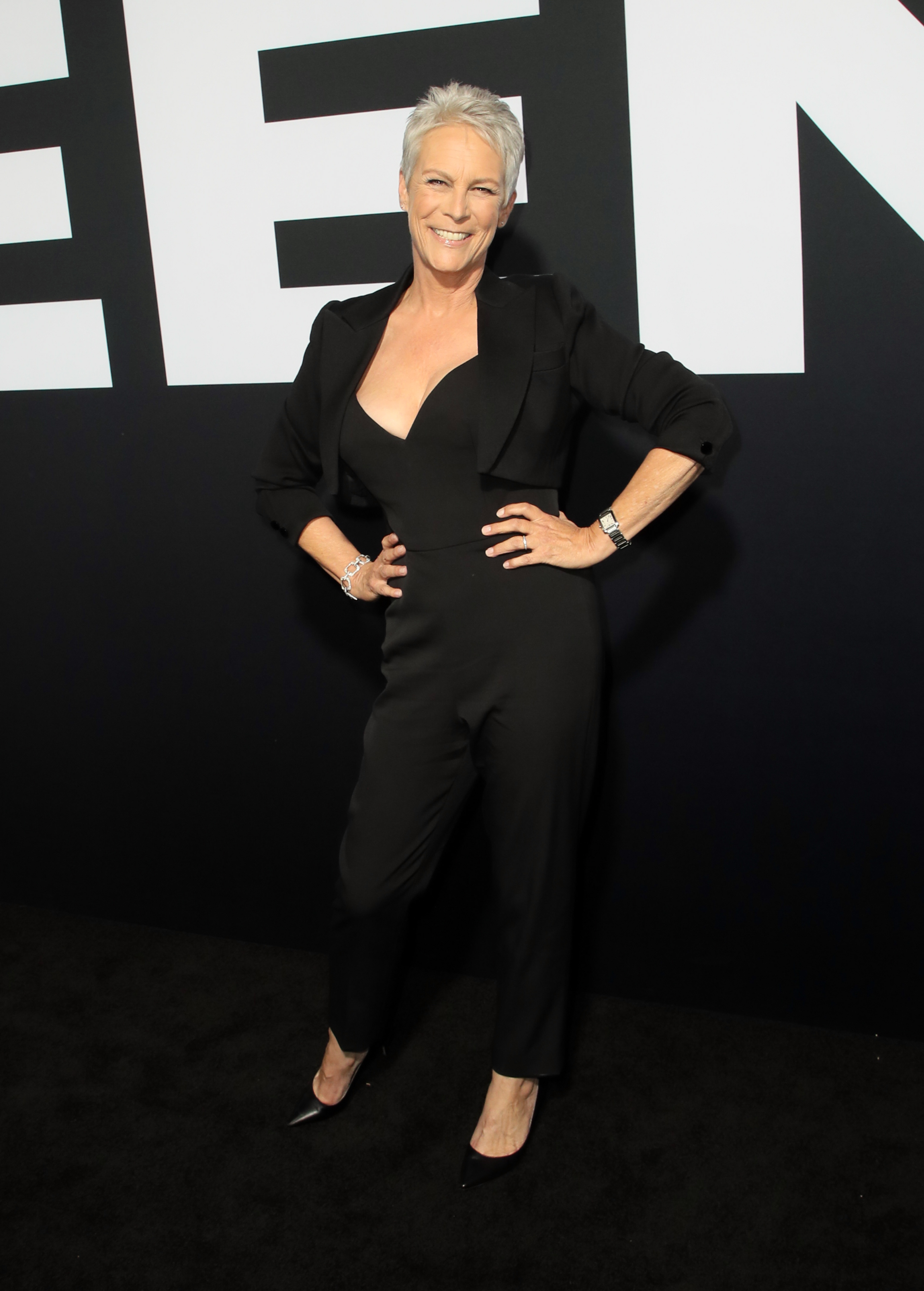 They were followed by famous roles in other films such as “Trading Places,” “Perfect” in 1985, and “A Fish Called Wanda” three years later. Roles in both “Anything But Love” and “True Lies” in 1994 earned Jamie Lee Golden Globe Awards, while other work earned her awards which includes a People’s Choice Award, an American Comedy Award,  a BAFTA award. She also has 32 other award nominations to date. Nicknamed “The Scream Queen” for her roles in horror movies, Jamie Lee’s physical appearance also drew attention. Fittingly, Jamie Lee also got called “The Body,” as McCall magazine named her as one of the “10 Best Bodies in America” in 1985. Later, Jamie Lee’s legs got insured for $2 million. The actress got engaged to the Hollywood production designer J. Michael Riva during the 1980s, but it all changed after she spotted Christopher Guest in an issue of Rolling Stone magazine. Christopher’s picture is all it took for Jamie Lee to become head over heels in love and promptly gave her telephone number to his agent. However, the pair met when Jamie Lee’s co-star in “Halloween II,” Leo Rossi introduced them, and they later tied the knot on December 18, 1984, with Kelly as maid of honor. Two years later the couple adopted their first child and daughter, Annie in December 1986, followed by Thomas ten years later. She became an honorary chairperson for the Building Resilience for Young Children Dealing with Trauma program. The US Department of Health and Human Services and the National Endowment for the Arts later bestowed her with an award for her work through charities for children. She formally became Lady Haden-Guest of Saling in Essex County, when Christopher inherited his father’s barony. 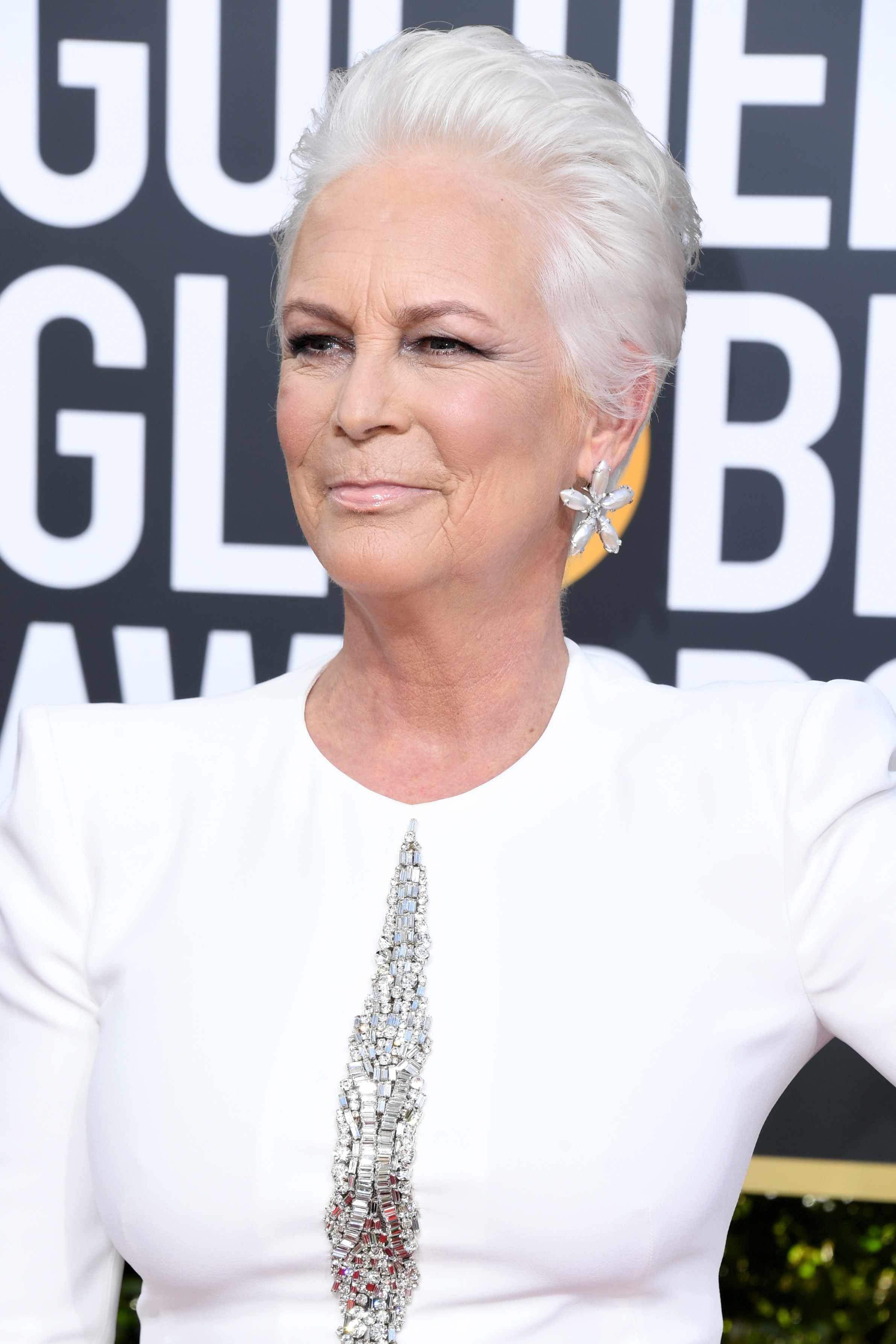 Similar to Kelly and Jamie Lee, their half-sister’s also went into acting during their early years. Tony married Christine Kaufmann shortly after his divorce from Janet Lee on February 8, 1963, followed by the birth of Allegra and Alexandra in quick succession three years later. 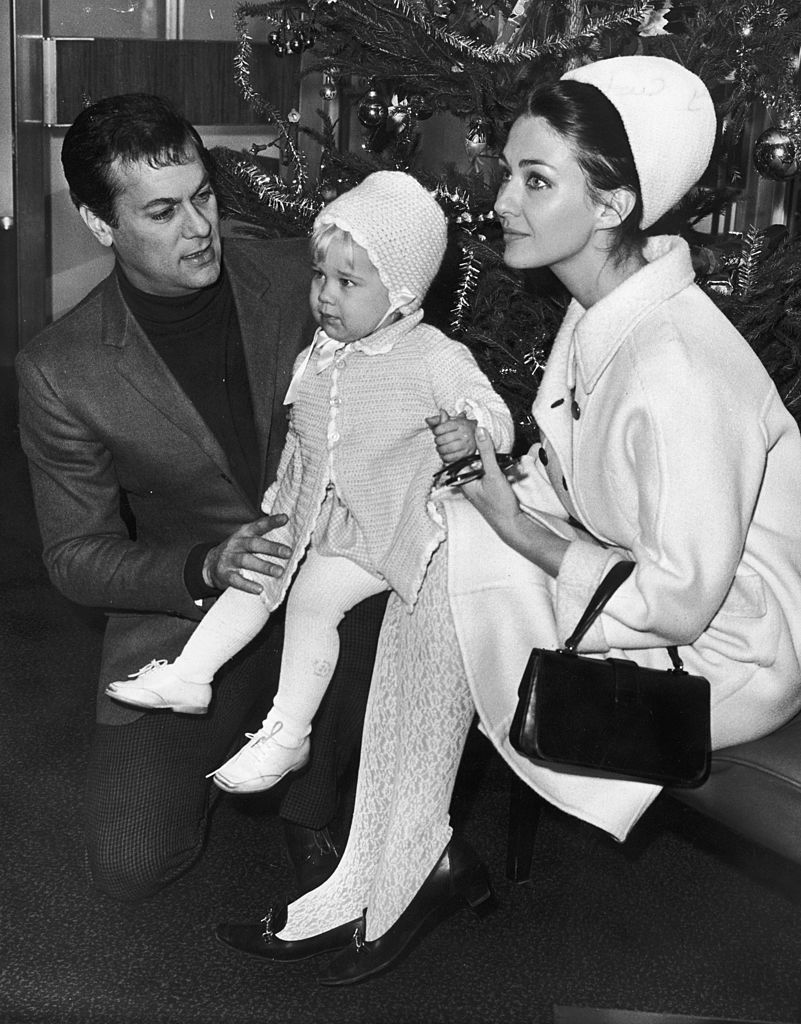 Christine gave birth to Alexandra on July 19, 1964, followed by the birth of Allegra, almost exactly two years later on July 11, 1966. Alexandra became known for her roles during the 1980s in The Gold of Love,” “Inflation im Paradies,” and “Die Ausgesperrten.” Allegra, on the other hand, starred in productions such as “Joe Versus the Volcano” in 1990. Allegra was also on the 1996 series “L.A. Heat,” and “Flashback” in 2000. After Tony and Christine divorced on April 16, 1968, Allegra lived with her mother in Germany for the first seven years of her life, after which Tony decided that Allegra and Alexandra should come live with him. After nine years of living with her father in Los Angeles, Allegra moved back to Europe and took over her mother’s business after she died on March 28, 2017. Selling cosmetics on a German television channel, Allegra moved to North Carolina late in 2018. The four sisters lost their father on September 29, 2010, at the age of 85. Tony Curtis had suffered a fatal heart attack. Nine years later, Jamie Lee spoke out about her father for the first time since his death. While she elaborated on their family dynamics, she also dropped the bomb that Tony cut all four of his daughters out of his final will. 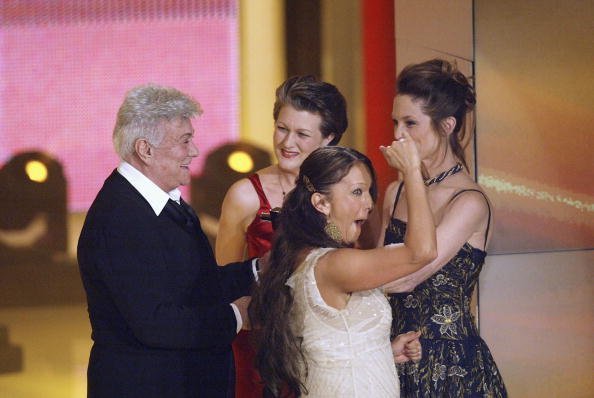 Tony Curtis (l) smiles as he flanked by his daughters Alexandra Sergeant (l-r), Allegra and Kelly Curtis after receiving the "Honorary Award" at the Goldene Kamera Film Awards at the Gendarmenmarkt Concert House on February 4, 2004 in Berlin, Germany. Curtis was given an "Honorary Award" for his contribution to the film industry. | Source: Getty Images.

Tony Curtis' son, Nicholas Curtis was a student at the school of the Museum of Fine Arts in Boston. He was born in London and resided in Los Angeles before he relocated to Dennis in 1983. He was once a student at Wixon School and Dennis Yarmouth High School. He was also part of the Alcoholics Anonymous. He was the lovechild of Tony Curtis' third marriage with Leslie Curtis. He was a keyboard musician and artist who painted and drew in various media and was also a poet. He was the younger half-brother of Jamie Lee Curtis, Kelly Curtis, and Allegra Curtis and also a stepson of Andrea Savio. 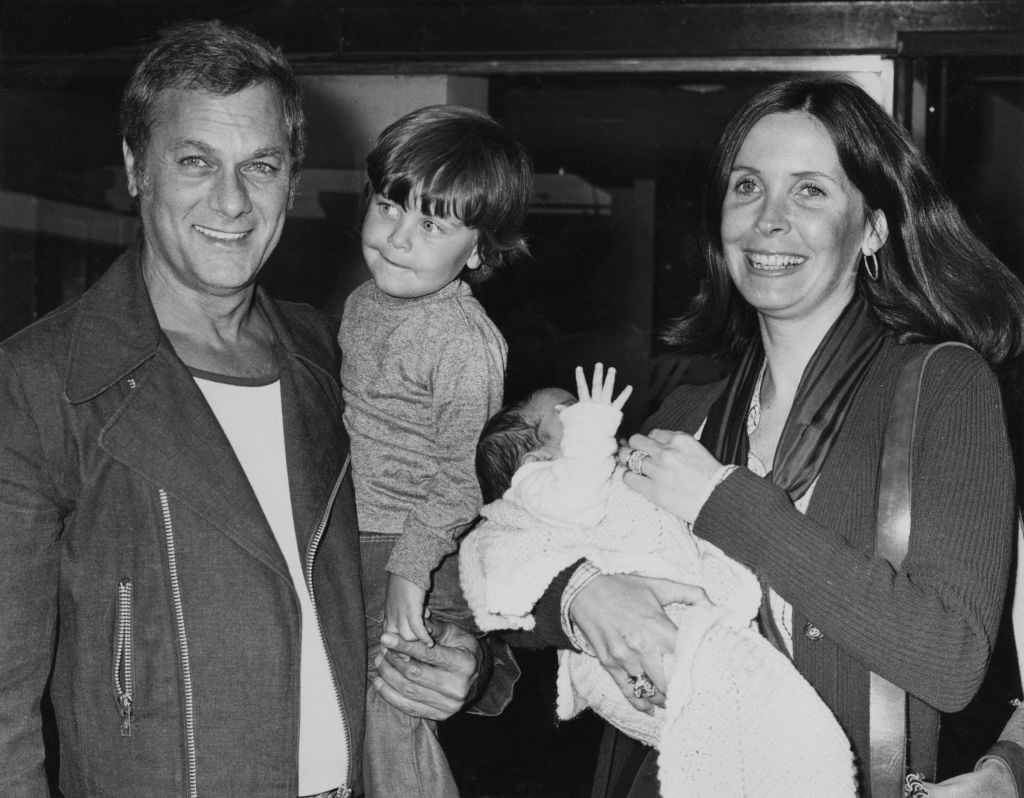 THE DEATH OF NICHOLAS CURTIS

Nicholas Curtis died suddenly on April 2nd, 1994; he was 23. He lost his life as a result of a heroin overdose. Curtis died of a seizure at the home of a friend in Provincetown. Curtis was sleeping at his friend's place when the seizure occurred. Emergency workers were called early Saturday to report someone choking. Curtis was confirmed dead at 9:15 a.m. The cause of his death wasn't known instantly because his death certificate didn't specify the cause till the Massachusetts medical examiner got the toxicology results. His father, Tony Curtis said of his death: "As a father, you don't recover from that. There isn't a moment at night that I don't remember him." 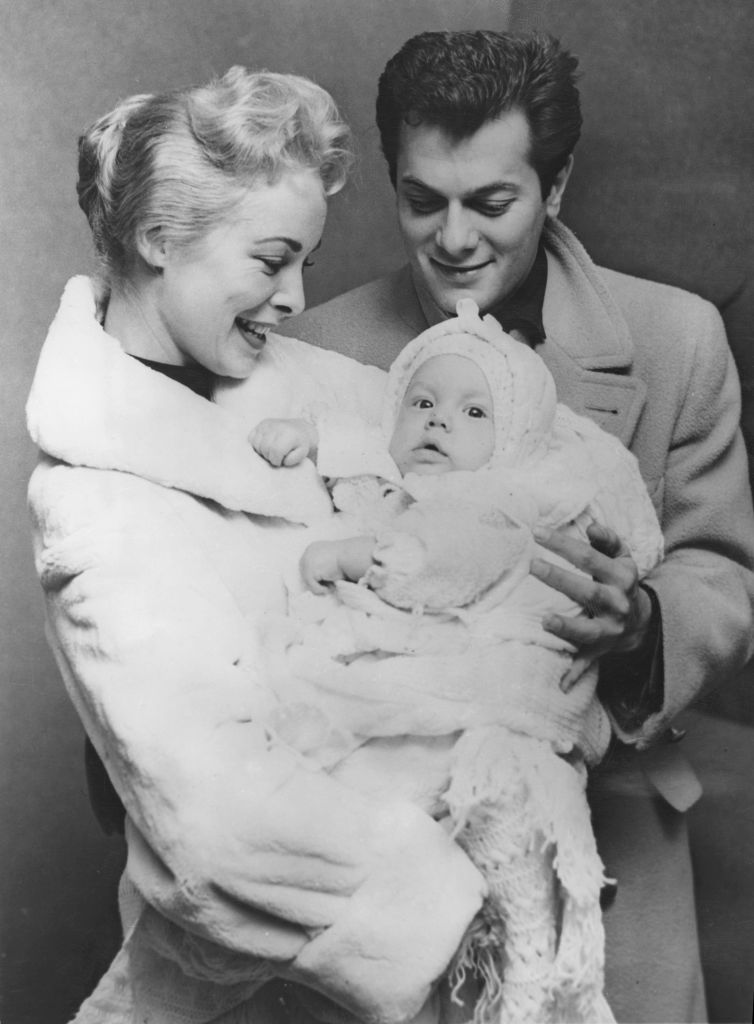 Inside Edition obtained a copy of Tony’s will, which acknowledged the existence of his children, but said he had "intentionally and with full knowledge chosen not to provide for them." CBS also reported that Jill Vandenberg Curtis, his wife, was named as the representative of his estate in the document. Regardless, Jamie Lee Curtis, his daughter, said: "He leaves behind children and their families who loved him and respected him and a wife and in-laws who were devoted to him." The actor’s widow made a statement to CBS, saying: "Tony's last will and testament and his passing wishes are private family matters." 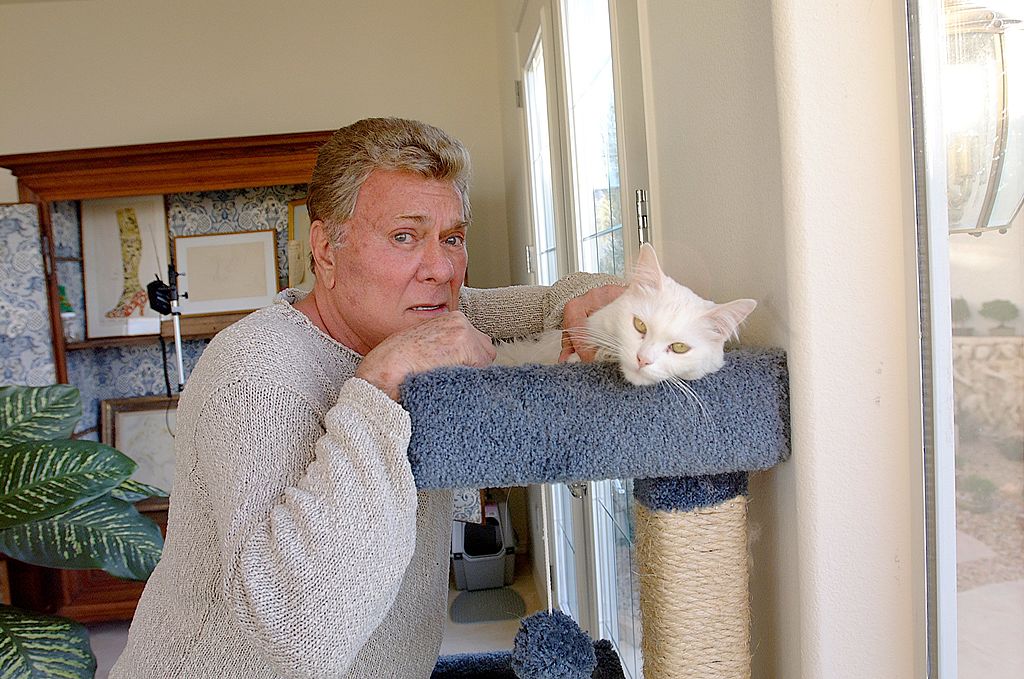 It seems like Tony blessed his daughters with the acting gene, setting them up for life and helping them achieve their dreams. Although his will might be a bit confusing, it looks like his daughters hold no grudge against their talented father. What do you think? Comment your thoughts below! And make sure to stay tuned for more interesting updates

Sources: The Telegraph, The Famous People