Shortly after Pamela's divorce from Kid Rock, she married Rick Salomon in Las Vegas during a 90-minute break between magic shows wherein she appeared. After a few short months together, the couple had their marriage annulled in 2008.

However, the couple decided to give their relationship a second chance, and Pamela confirmed to E! at Sean Penn's Help Haiti Gala in Los Angeles in January 2014, that they had just gotten remarried. “We’re very happy,” Pamela said. “Our families are very happy, and that’s all that matters.” 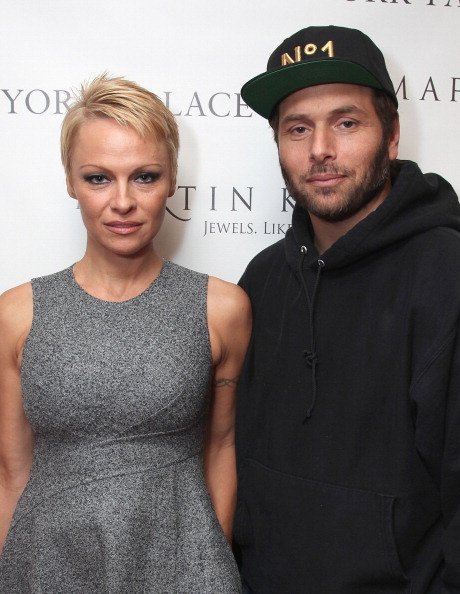 But in July 2014, the couple headed for splitsville again when Pamela filed for divorce. Shortly after, the "Baywatch" actress changed her mind, and they reconciled. Not surprisingly, Pamela changed her mind again and filed for divorce for the third time in February 2015. "She could pull it back again. It is always on and off," a source told Us. "She doesn't know what she wants, and he's too nice for her. She likes bad boys."

On Pamela's 52nd birthday in 2019, Rick got spotted enjoying a fun day out with the actress and her family after her recent split from boyfriend Adil Rami. Sons Brandon and Dylan posted videos on social media of their fun day on a boat, and again later, when they all went for dinner.

Growing up amid the turbulent and well-publicized relationships of his mother, Brandon wanted to stay out of the spotlight during adulthood, but things don't always work out as planned. At the age of eighteen, Brandon started modeling after he got an opportunity to work with the Tommy Hilfiger brand. Soon after he booked runway shows for the likes of Phillip Plein and Dolce & Gabbana while he also featured on the covers of D'Scene Magazine and GQ Germany.

Pamela's firstborn also dipped his toes into acting and starred in the Netflix comedy "Sierra Burgess Is A Loser" in 2018, and got cast in the series "Tales" set to air in 2019. Fans will also get to see Brandon in the reboot of "The Hills" called "The Hills: New Beginnings" and will be Brandon's first time on reality television.

Brandon decided to step into the spotlight after much consideration, as he told Interview Magazine," I’ve had a pretty crazy life, and I spent the majority of it hiding from the spotlight, trying to be a normal kid. I used to resent all of this. But I’ve come to a point in my life where I want to show people what I’m truly like." The youngster also made headlines in 2018, after he allegedly assaulted his father, Tommy Lee. Thankfully, father and son seemed to have made peace since then.

Go to the next chapter to read about Anderson's second son Dylan & her recent breakup with Rami.