Cousins, Sophia Grace and Rosie rose to fame after their debut on the hit television show “Ellen” in 2011. Today, they are much older and their fans are in awe of how grown they are. The duo Sophia Grace and Rosie became viral after Ellen DeGeneres brought them to her show. Recently, the cousins, now 16 and 13 respectively, reunited and shared a sweet photo together.

Rosie’s birthday celebration included time spent with her close cousin, Sophia, which she shared on Instagram. The image showed the two grown girls smiling side-by-side as they held each other in a warm embrace. Rosie captioned the post with the most heartwarming message which includes details of the fun they had during the birthday weekend.

According to the birthday girl, she had the best "weekend ever" with her cousin right there by her side all through. Rosie also used the medium to dote about Sophia as she prayed that their "bond will never be broken." She ended the message by cutely stating that their "silly language" will also never get boring.

The child star also treated herself to a new-hair-do to celebrate entering into teenhood, which she also shared on social media. According to the teenager, her mom cried after seeing her “grown-up” look. In the image of the new look, Rosie and Sophie had a lovely balloon with the words "Happy Birthday" inscribed on it.

WHERE IT ALL STARTED

The cousins rose to fame in 2011 after capturing America’s heart with their cute performance of Nicki Minaj’s “Super Bass,” which quickly went viral. DeGeneres became one of their biggest fans and invited the little girls to perform on her show. Shortly after, Sophia Grace and Rosie earned a segment at the daytime show called “Tea Time With Sophia Grace & Rosie.” Both pursued careers as singers, actresses, and YouTube influencers all while maintaining their strong bond.

In 2003, Sophia Grace dropped her solo single “Girls Just Gotta Have Fun,” which gained over 200 million views on her YouTube Channel. Two years after, she hit the Billboard Hot 100 with her single, “Best Friends.” She signed with Capitol Records France before releasing her third single in 2016, “Girl in the Mirror,” which featured rapper Silento.

Meanwhile, Rosie focused on her YouTube channel, which focuses on her personal life. Rosie also ventured into the music industry after singing a cover of Little Mix’s “Touch” and releasing her debut single, “Handstand” in May of last year. Both artists may have gone separate ways but stuck to their creative skills.

OTHER TV AND FILM APPEARANCES

The cousins did not stop at their singing career, but they went on to appear on two episodes of the show, "Sam & Cat." They also made an appearance on the "TheBritBrats" and "RevengeOfTheBritBrats." In 2013, it was announced by Sophia Grace's representative that she would appear as Little Red Riding Hood in the Disney movie, "Into The Woods." Disney never confirmed this, and as expected, Sophia received backlash from people who called the move by her representative a "publicity stunt."

Amid all of these, the teenagers went on to star in their own movie titled, "Grace & Rosie's Royal Adventure" which was released in May 2014. The film which was produced by Nickelodeon was a straight to DVD release. Although the movie has a not too appealing review on IMBD, there are rumors that sequels will be made. According to TMZ, the 16-year-old was paid about $50,000 for the movie and will be paid $75,000 if a sequel is made. Apart from this feat, the teenager also starred as one of the judges on the season one of the ABC reality show, "The Toy Box."

Sophia Grace and her cousin Rosie have two illustrated storybooks published in their names. Their first book, "Tea Time with Sophia Grace & Rosie" was released on February 1st 2013 to the delight of many. The book went on to become No. 2 on The New York Times Best Seller list of "Children's Picture Books," and was only best by Victoria Kann's "Emeraldalicious (Pinkalicious)." Their next release, "Showtime with Sophia Grace & Rosie," came out on March 25th 2014 and was also just as victorious as the first.

WHERE ARE THE GIRLS TODAY

Well, the well-acclaimed girls who made their big break in Hollywood thanks to their singing talent are now grown teenagers. Sophia Grace Brownlee is now 16 while her cousin, Rosie McClelland is 13. Seeing how grown the duo look in the recent Instagram post, it is hard to remember them as the adorable young kids who appeared on The Ellen DeGeneres Show nearly eight years ago.

Last year, the older of the pair, Sophia Grace took to the video of her song "Can't Sleep" to open up about reinventing herself. In the clip, the singer said, "People saying they want me to be the same as I was before. It annoys me because I'm not that person anymore and they always ask me to go back to how I was, but I'm different and that's not who I am," the teenager said in the intro of the clip.

"So I want to show people I'm a different person now and I've changed, but that's OK because everyone changes." Rosie, on the other hand, runs a YouTube page and has over 700,000 followers. On the channel, she shares with her fans her music, videos of her make up tutorials and all things Rosie.

In 2014, Just Play and the cousins teamed up to create two dolls inspired by Sophia Grace and Rosie. The girls' love for fashion and music inspired the dolls which are dressed up in Sophia Grace and Sophie's signature look: hot pink tutus and tiaras. The toys which were sold at Walmart plays Sophia Grace's cover of Nicki Minaj's "Super Bass" when pressed. 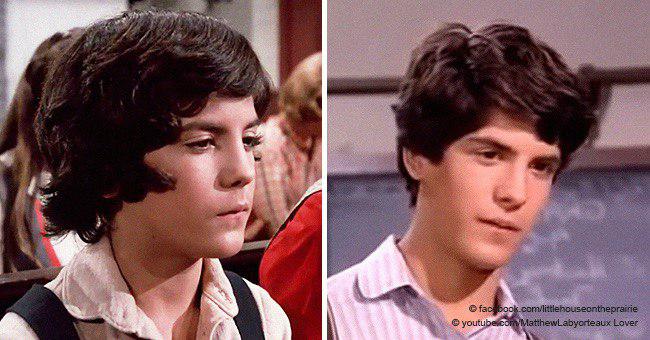