The characters from Orange Is the New Black are so different that they would probably have never met outside of prison. But Litchfield Penitentiary threw them all in the same barrel, and now these ladies of different social status, religion, culture, and sexuality are forced to live under the same roof! What is going in the real lives of the cast? Who’s engaged, who’s already married, and who’s just dating?

Here are some surprising facts for you! 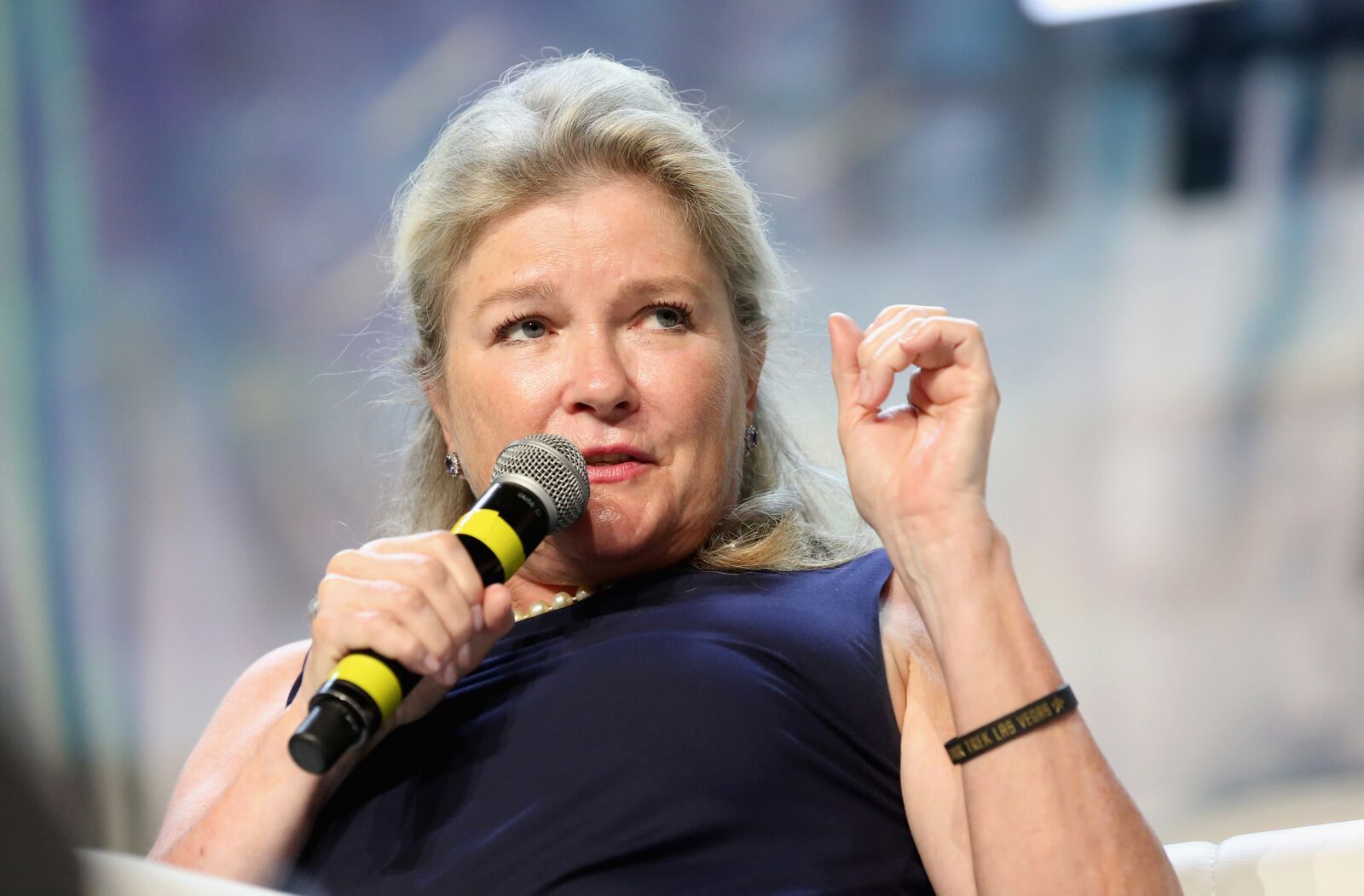 In contrast to her cellmates, Red’s personal life is pretty dull. Her loving but feeble husband Dmitri and grown-up sons are waiting for her back at home.

Perhaps because she misses the emotions she felt from the days of her young motherhood, she takes the poor girls in Litchfield under her wing and treats them like her own daughters. Even though Kate Mulgrew’s real life did not include the Russian mob, it is no less dramatic.

In her revolutionary book “Born with Teeth” she opened up about giving birth to a girl at the age of 22 and giving her away for adoption.

Kate, who is Irish-Catholic, said she slapped her baby’s biological father on his face the second he suggested abortion. The decision to give away her 3-day-old baby to another family was the hardest for her, she says. Mulgrew has been married twice and raised two kids, but she could never forget her firstborn baby. 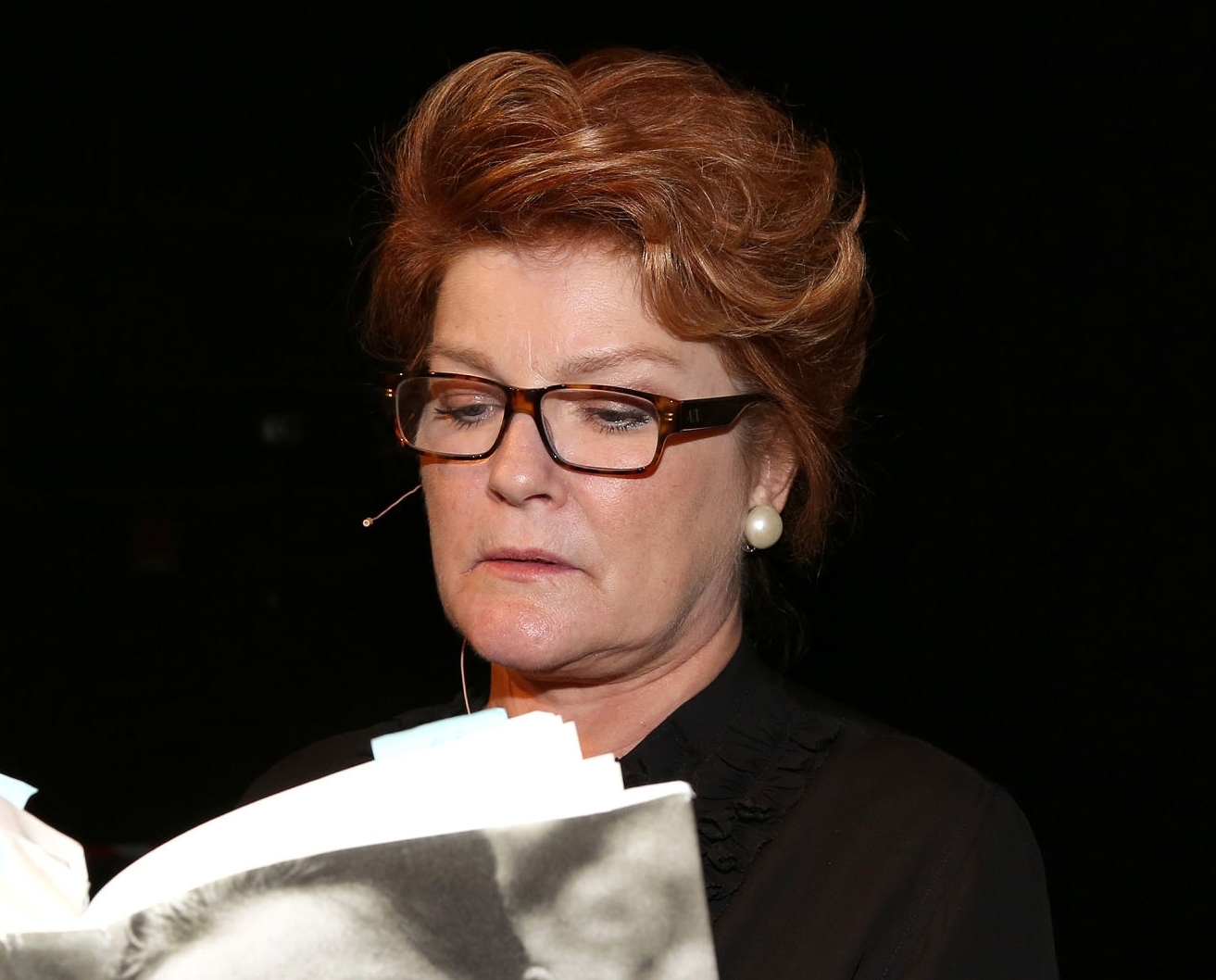 At the set of “Star Trek Voyage”, Kate met her future second husband, politician Timothy Hagan, who did his best to help her find her baby. The actress's efforts eventually gave fruit. In 1999, Mulgrew received a call from her long-lost daughter, who was 20 at that time and they finally met. 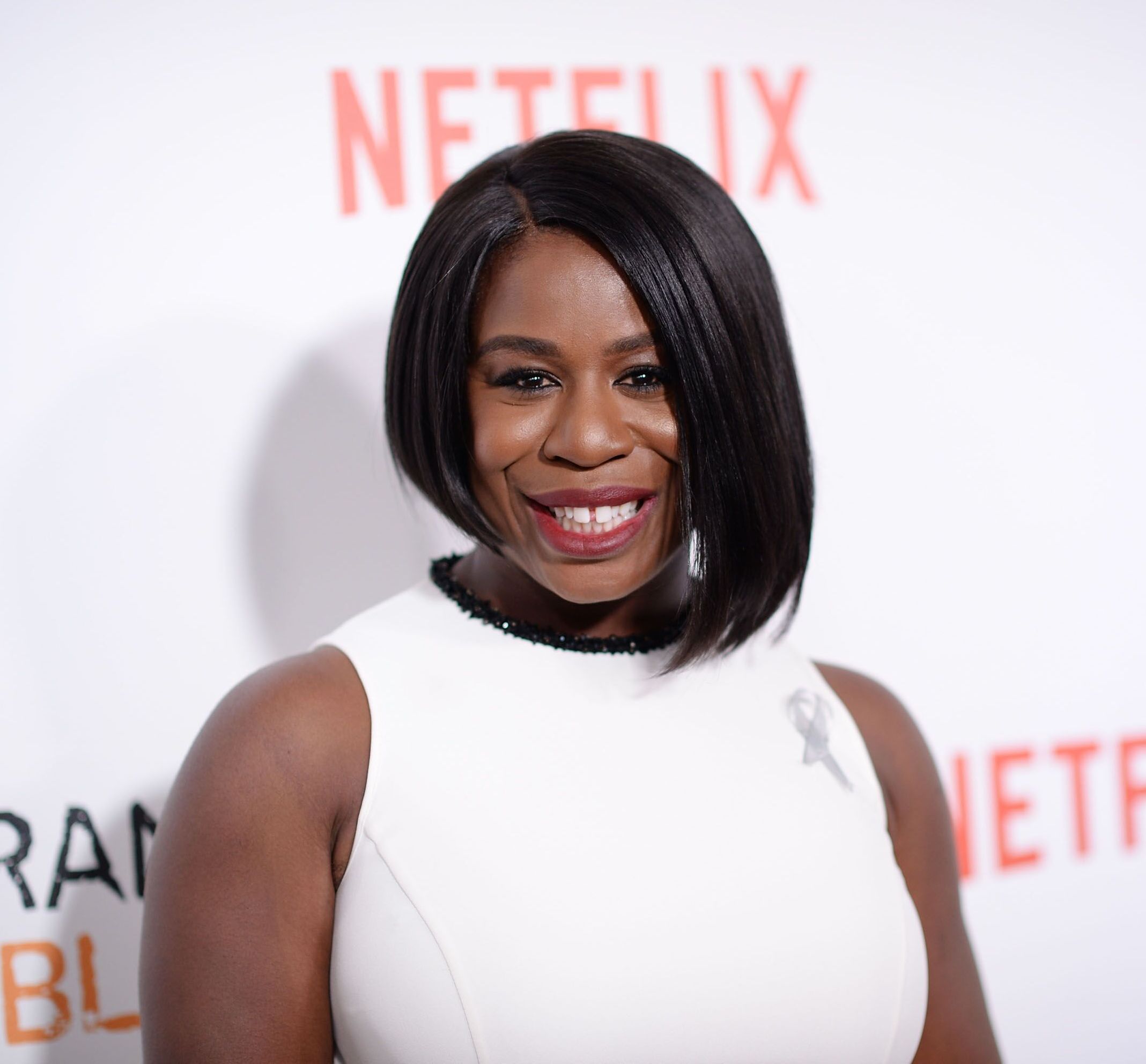 There’s no way you don't like Suzanne Warren aka Crazy Eyes. At the first look, she seems pretty unstable but it’s clear she holds so much love inside her.

The complex role of the mentally unstable Suzanne won the actress Uzo Aduba several Emmy Awards. It's unbelievable, but she managed to keep her private life out of the public eye. But this extreme privacy attracts the paparazzi and media to her persona even more. 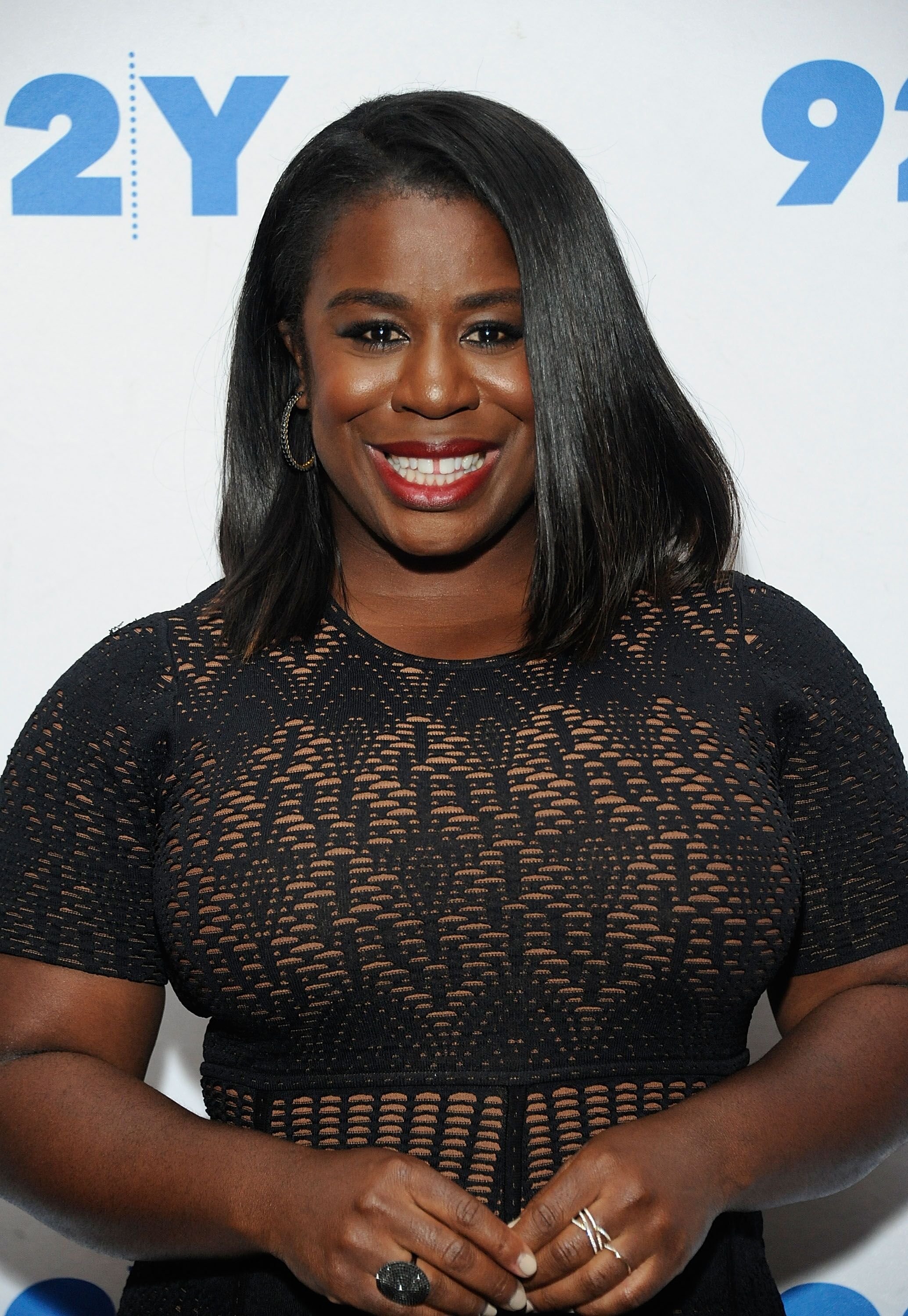 It was not long ago when Umo was rumored to be with a guy named Mark. He is one of her old childhood friends, whom she took to the SAGs with her. After their appearance at the SAG Awards, Uzo posted a pic captioning:

But speaking frankly, they do not look very in love, more like old buddies from high school!

He asked me to the prom, I said yes. I asked him to SAGs, he said yes. #sagawards @mcrow55 pic.twitter.com/YccdMM8fIT

Besides, there was a rumor about her dating Leslie Odom Jr. who is best known for his roles in SMASH and Hamilton. But we are pretty sure that's not true.

Odom is happily married to Nicolette Robinson, his long-time lover, who plays Jane on Showtime’s The Affair. The two just welcomed a sweet baby girl to the family. So despite the rumors, Odom and Aduba were never a thing. 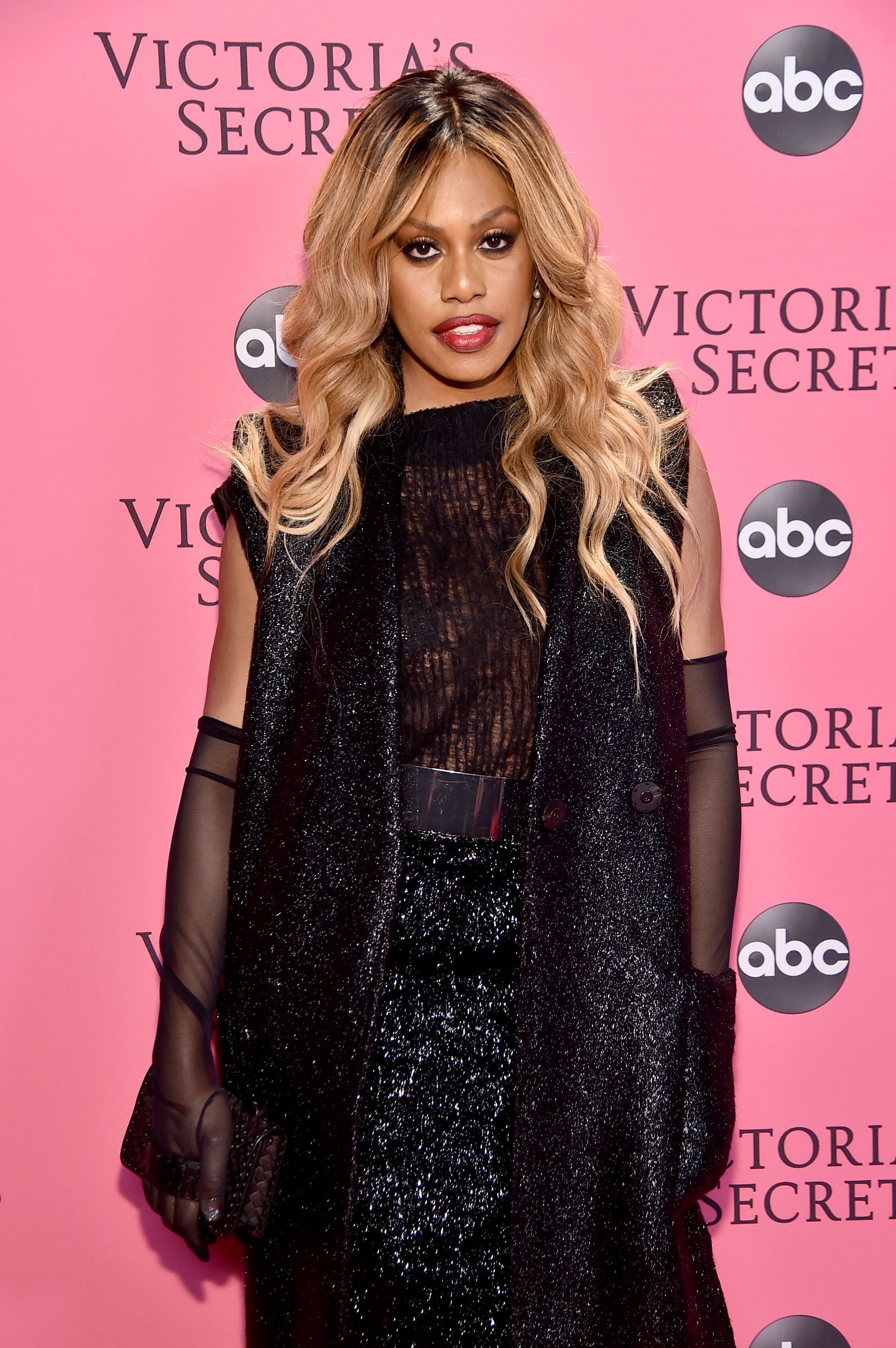 What do you think it’s like being transgender in a female prison? Regardless of the mocking, threats and even violence, Sophia still remains a decent human with great and warm heart.

Laverne Cox, who played Sophia, became the first openly transgender person to be nominated for a Primetime Emmy Award in the acting category. And she has earned it for sure. An interesting fact: Sophia Burset in her pre-transition phase was played by Laverne's twin brother, musician M Lamar.

Just like her co-stars, Cox is working hard to keep her private life a secret. But in 2018, she revealed that she met her mysterious boyfriend of 8 months, on the Tinder app. She recalls that on their first date, she did not wear makeup and went for a casual look. At some point, the pair took their relationship to a new level recently and met with each other's parents!

It seemed to mean a lot, but then... Laverne publicly announced their breakup this summer.

"We have both grown in innumerable ways as a result. Now its just time to move on separately. We both want a breakup that honors and respects the quality of our relationship and the love we shared. It's possible," the actress shared.

As of now, Laverne doesn't date anyone (or, at least, we don't know about it). 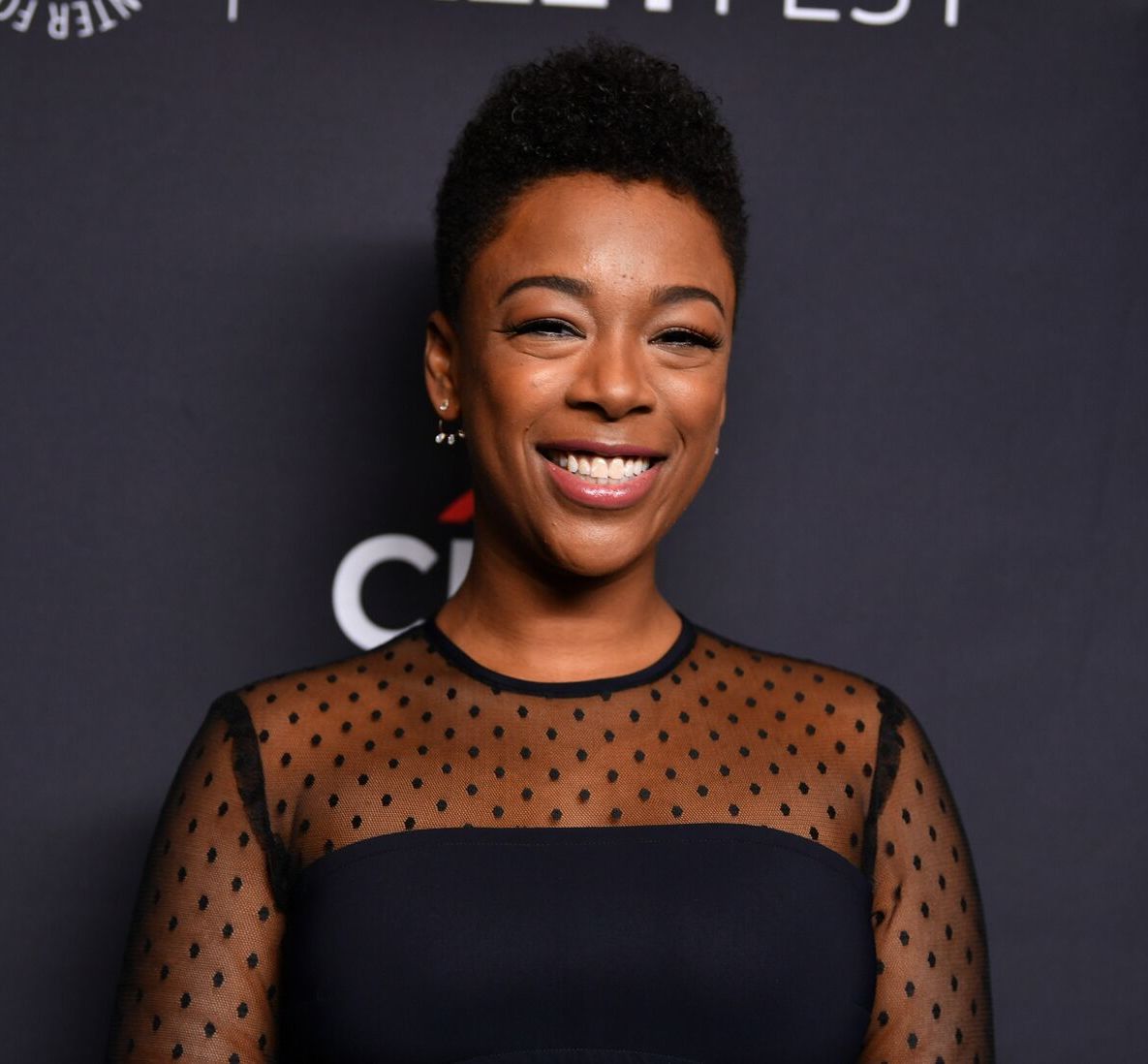 No one could have predicted that Poussey would leave the show at the end of season 4. We miss her so much! It is so painful to witness her best friend Taystee’s struggles.

Just like her character, Samira Wiley is lucky enough to have met the love of her life. Samira Wiley met Lauren Morelli when Lauren was one of the writers of Orange is the New Black.

At that time, Morelli identified as heterosexual and was married to her husband for 2 years. But while working on the show, she fell in love with Samira. She eventually divorced her husband, got together with Samira, and the couple lived together happily ever since. In 2017, they became the first Orange Is the New Black couple to have a wedding.

Recalling the night of the proposal, Samira says:

“She asked me to sit next to her, then she got me up, and we started dancing together, and she pulled a ring from behind the couch.”

During the ceremony in Palm Springs, her co-star Danielle Brooks sang Sara Bareilles song “I Choose You”, which Moreli played while proposing to Samir. It’s incredibly touching, don’t you think? 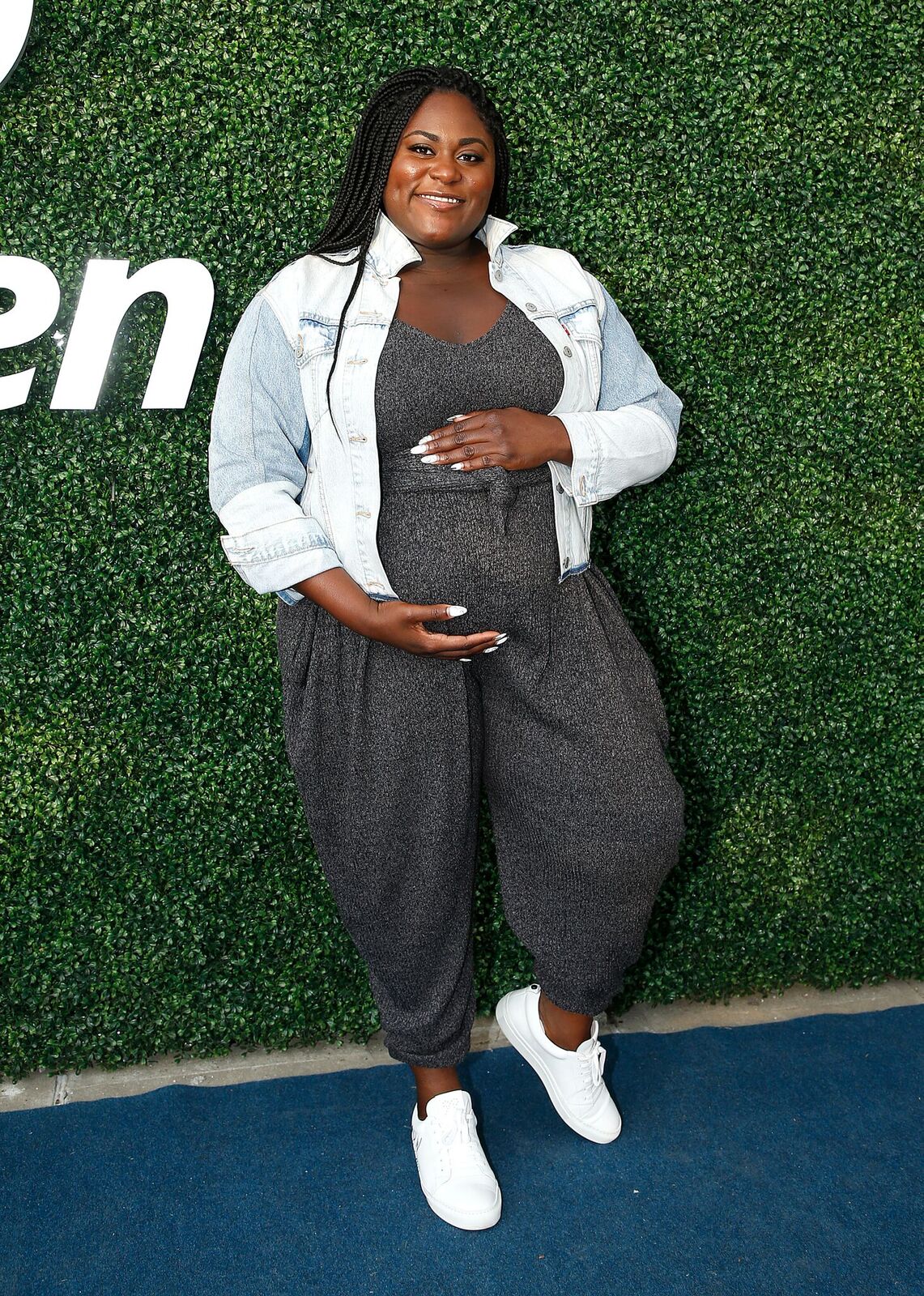 Taystee is one of the few Litchfield prisoners who actually got released. But as we know, she couldn’t find her way outside the jail and because of missing Poussey so much, she soon returned.

She said she preferred life “in the system” over “the outside”. Danielle Brooks, who is 28 years old, has a very private life. Her previous romances are a mystery. Last year, Brooks admitted that despite being famous, she struggled a lot in dating.

However, on Valentine’s Day this year, the actress finally opened up and posted a couple of romantic pics with her boyfriend on Instagram. Sharing a sweet kiss on a photo, she captioned it:

Look how happy and beautiful Brooks is here. She definitely deserves it! And this summer, the actress shared even more exciting news with her fans. Danielle and her mystery beau are expecting a child together!

Gloria is Red's opposite number among the Hispanic and Latina inmates. She is a mother of four.

The role of Gloria Mendoza has become a major breakthrough for the actress. Before the show, she was mainly recognized as Detective Mariluz Rivera in Law and Order. Selenis also guest-starred on Third Watch, The Sopranos, The Good Wife, Girls and Elementary. Together with her co-stars, Leyva is a member of the non-public life camp. 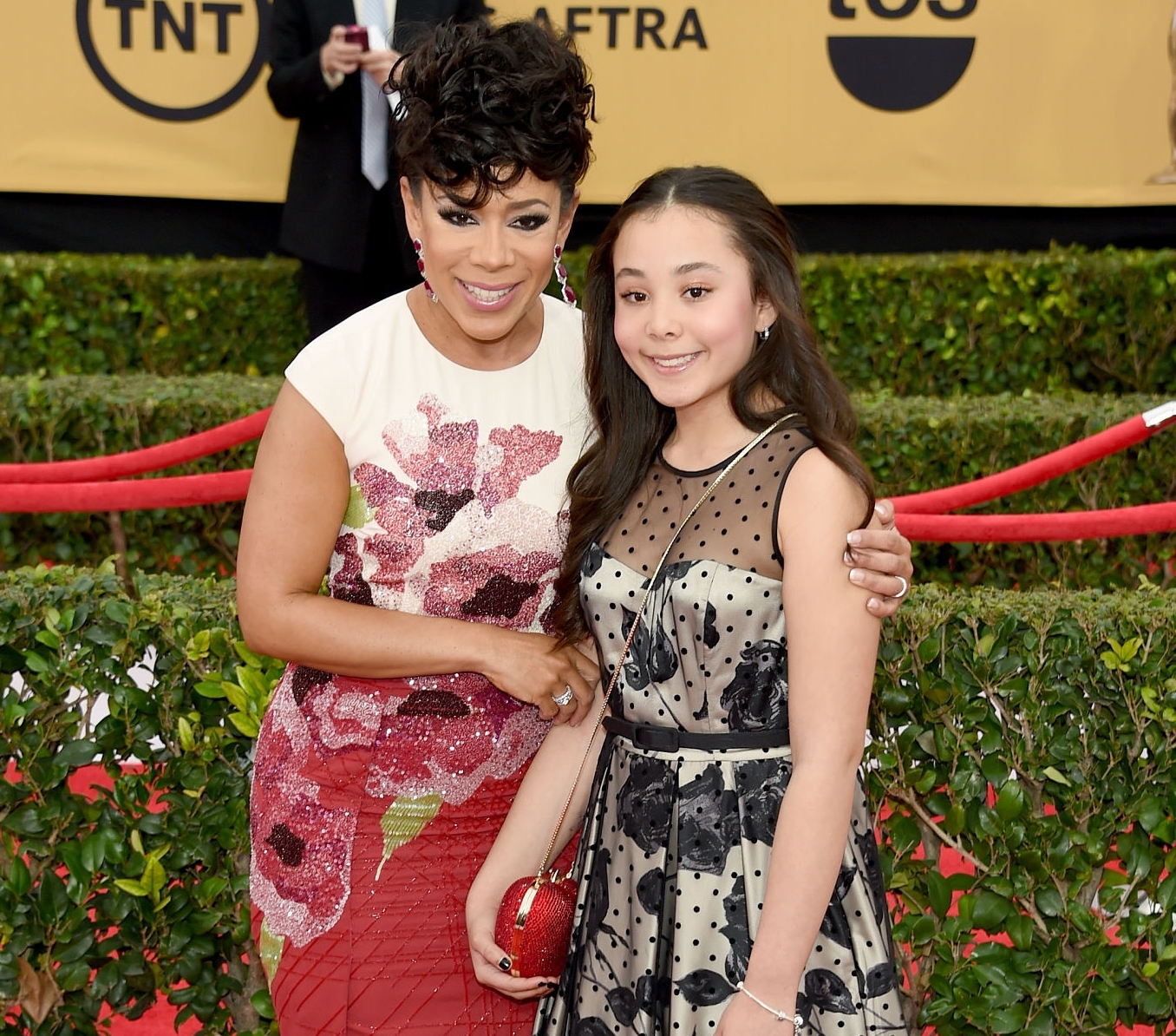 According to media sources, the 46-year old actress has never been spotted in any relationship. We basically know nothing about her dating experience. Selenis has a teenage daughter Alina, but she never publicly spoke about her birth.

Just like her co-stars, Selenis is an active LGBT supporter. Her sister has come out as transgender at the age of 17. Leyva has been very supportive of her sister Marizol, who is a successful Latina magazine model, a cook, and a big activist. 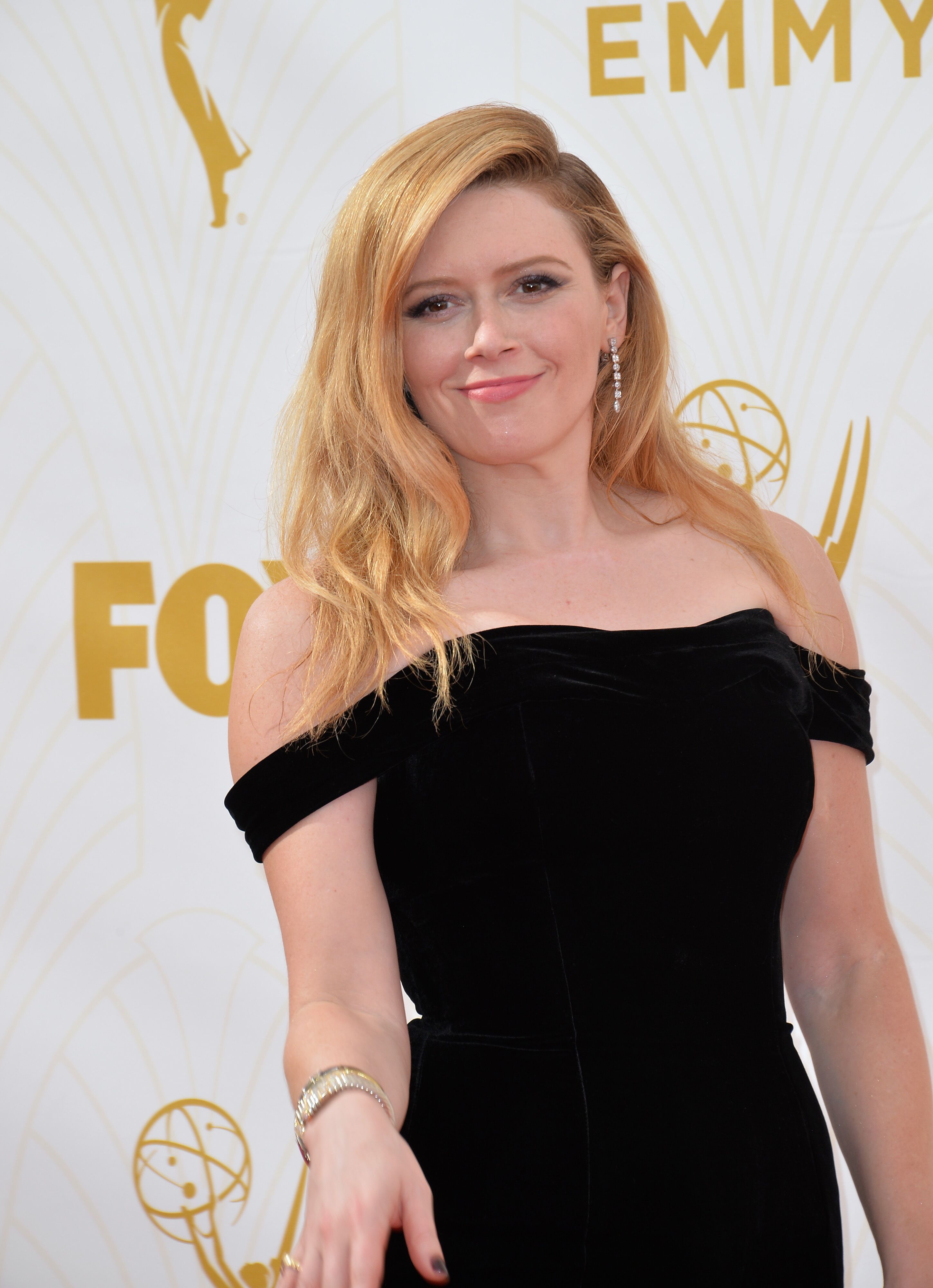 Growing up in New York, she comes from a Jewish Orthodox family. She had a good education but at some point, things went wrong. She struggled with a lot of problems, including her hereditary health issues. But in contrast to Nicky, Natasha didn’t get to prison. Lyonne underwent open-heart surgery to treat her heart infection. Natasha played several lesbian roles during her career. However, in real life, she identifies as heterosexual.

In an interview in 2016, talking about her on-screen sexuality, she said:

"Mind you, when I say I’m not gay, it doesn’t mean that I’ve never tried sleeping with women. Of course, I have. I’m not a dumb-dumb."

The actress began dating American actor, comedian and musician Fred Armisen in 2014. They're pretty open about their relationship and often appear in front of cameras together. The two are so in love, and we hope to hear wedding bells soon! 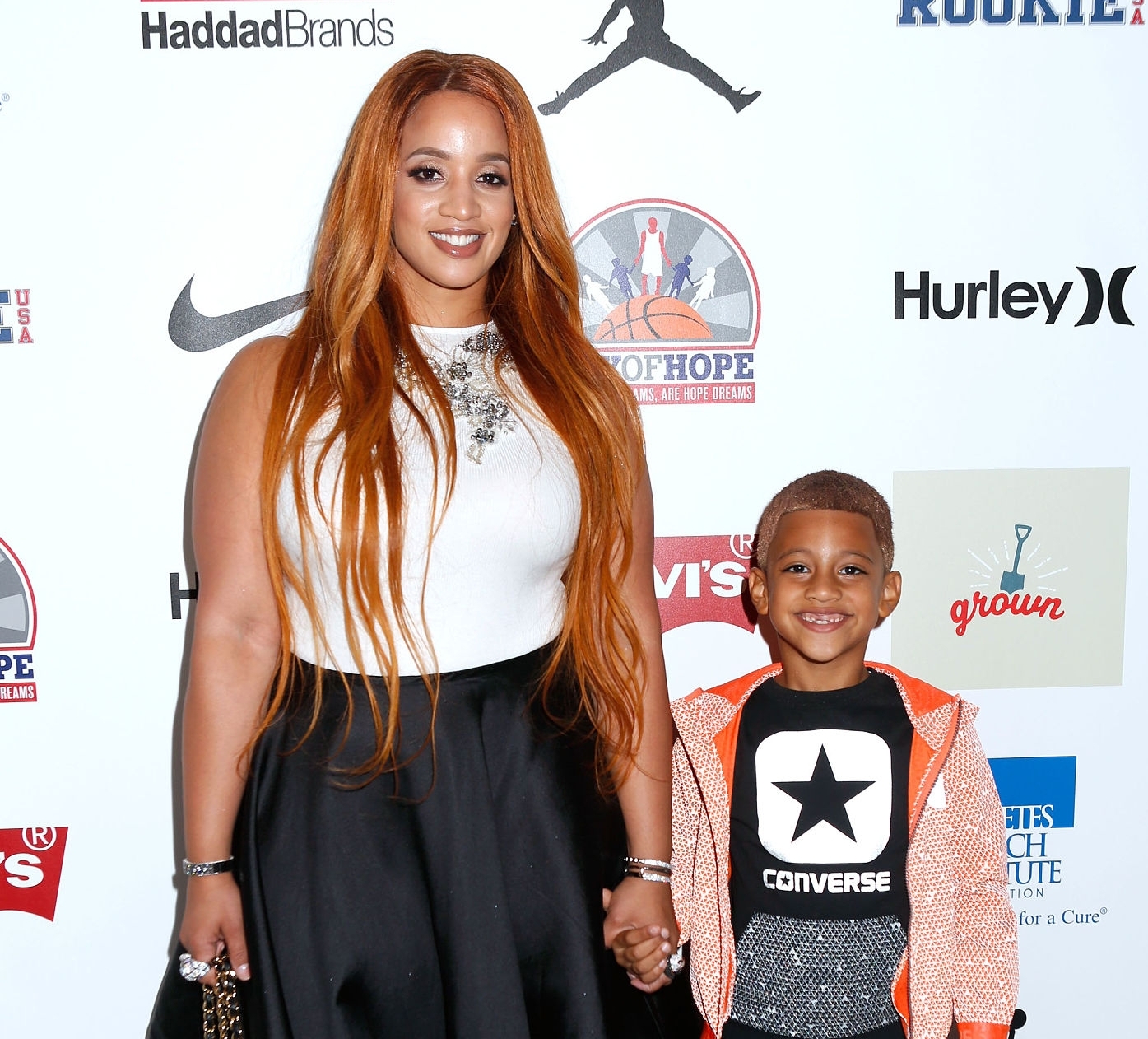 Nice and quiet Dayanara has lived through a tragedy in Litchfield, falling in love and giving birth to a baby fathered by one of the guards, who then vanished. The betrayal of her lover, parting from her baby, a criminal mercenary mother by her side, always being given advice on her life - all of this can drive anyone crazy.

...or just cause her to shoot a guard and become the leader of a gang.

The real life of Dascha Polanco is far from the usual Hollywood cliches. At the age of 18, she was left alone to raise her baby, after her mother passed away at the young age of 46.

"I went through a large depression and started feeling emotionally isolated," she told Latina magazine.

Sharing her struggles, Dascha said: "I remember having to find somebody to stay with my daughter because I didn't want to stop school, and I couldn't stop working."

After a 6-year-long relationship with her fiance, Polanco gave birth to her second daughter. Unfortunately, the pair split up. Dascha is keeping her ex’s name a secret and we don't know if she's dating anyone else now.  Now, the actress has completely committed to her career. Besides Orange Is the New Black, she also played a Detective named Lori Weider on The Assassination of Gianni Versace: American Crime Story.

Almost everybody hated the religious bigot and drug addict Doggett in the first season but really felt sorry for her in season 3. It’s still unbelievable how she managed to forgive Charlie Coates after all he’s done. We hope that things will work out for this naive girl.

In comparison to the majority of her co-stars, Taryn Manning was already famous before the show. She starred next to Britney Spears in Crossroads and played alongside Eminem in 8 Mile.

Taryn also had a main role in Hawaii Five-0 and had a recurring role on Sons of Anarchy.

However, her personal life is not that perfect. The actress hasn’t been open about her personal life for a long time. But 3 years ago she made big headlines when she was stalked by Jeanine Heller. It’s been reported that the stalker allegedly obtained Taryn’s recently changed phone number.

Despite the restraining order, she has been constantly reaching her via messages and eventually got sent to jail for the FOURTH time. In an interview in 2017, Taryn admitted to experimenting with other women in the past but she identifies as heterosexual.