13 Behind-the-Scenes Details About 13 Reasons Why

You probably watched 13 Reasons Why and, maybe, it's your favorite TV series now. But do you know all the details about the show and its cast? We think you missed at least some of them! For example, why did the scriptwriters change the ending of the first season? Who of the school kids were portrayed by actors already in their 30s?

Read on to get all the answers to these and many other questions!

1) Who could play Hannah Baker?

We are so used to Katherine Langford portraying Hannah that we can't imagine anyone else but her. What if we told you that for many years it was Selena Gomez who dreamt of being Hannah Baker? As we know, she became the show's executive producer instead. Back in 2009, Selena was one of the many people who expressed deep interest in producing a full-on 13 Reasons Why movie starring herself. 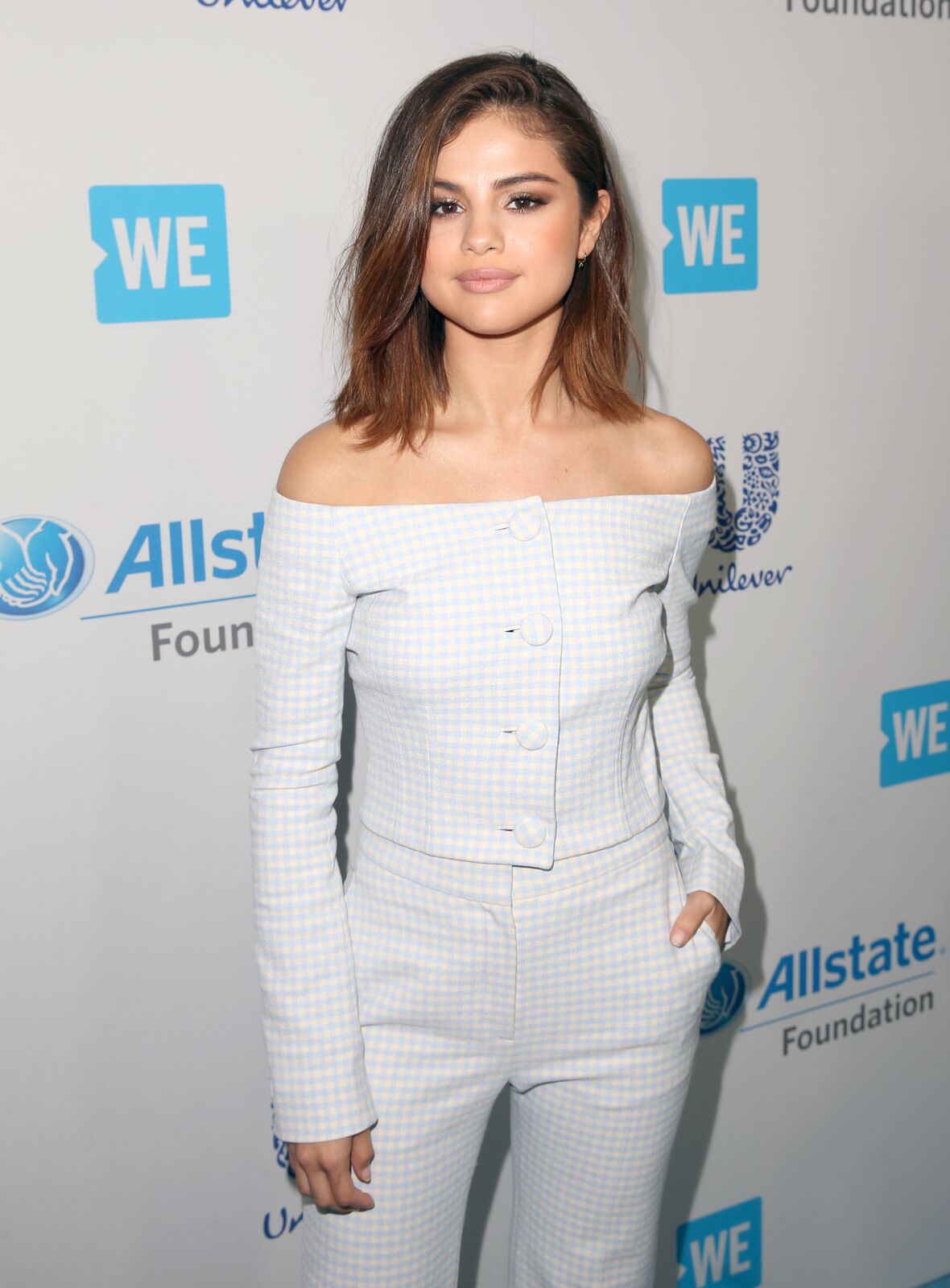 Her production company, July Moon Productions, would have been behind its creation.

The author of the books Thirteen Reasons Why Jay Asher was impressed by Selena's acting in Disney's Wizards of Waverly Place and approved her for the role. However, coming to an agreement took the author and the production company a few years. Over this time, Selena went from being a Disney sweetheart to a grown-up and full-blown superstar. 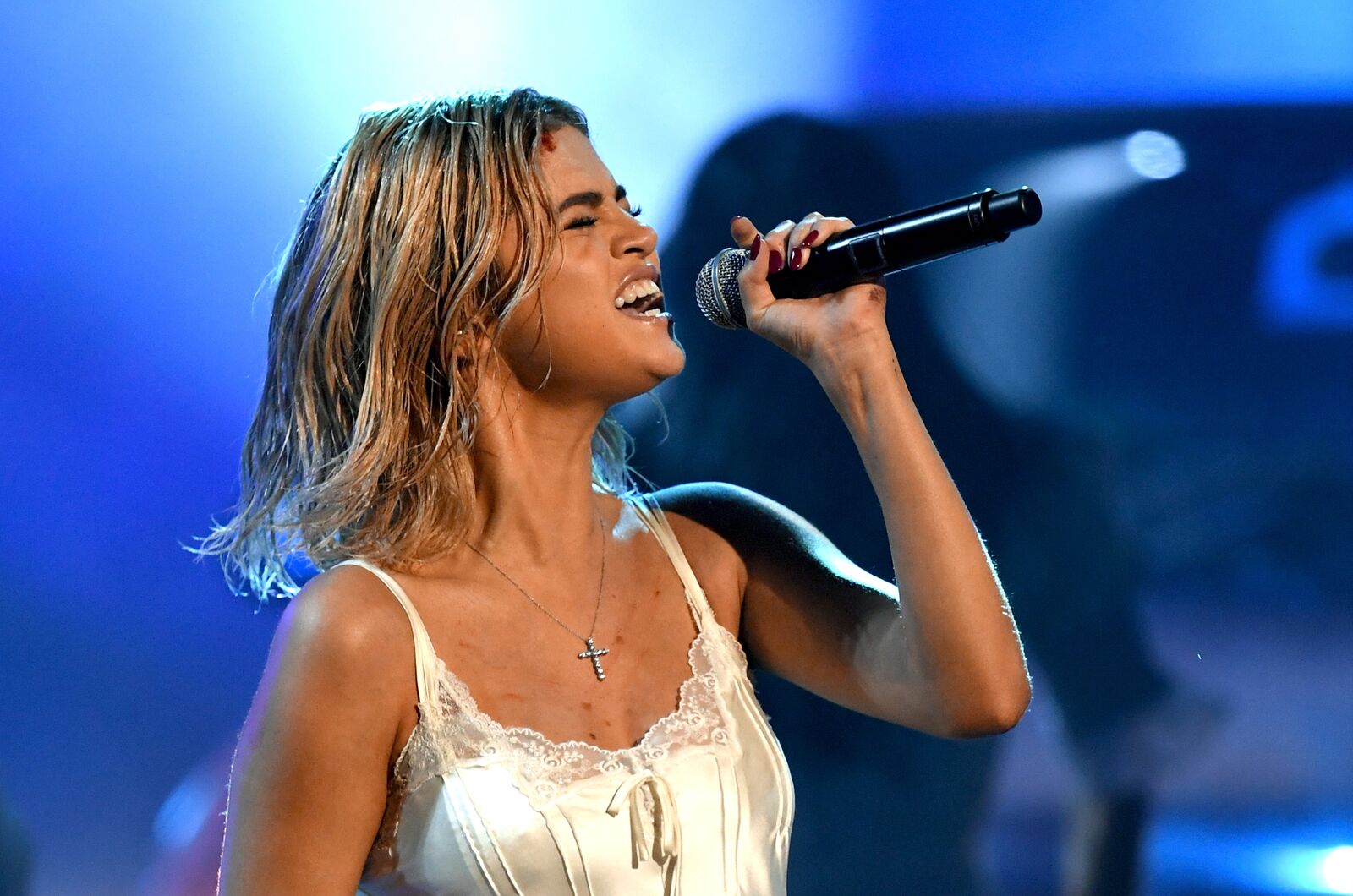 She was too old to play a student and too famous to be the main character without sacrificing the integrity of the show. Gomez commented:

"A book is frightening for me because I know the cult following it has, which is the reason why I didn't want to be in it."

As a result, they cast the aspiring Australian actress, Katherine Langford. And interestingly enough, she got cast.... via Skype! Can you imagine that it was her first real audition?!

"I didn't get to see anyone or be super involved in the casting process, but I think Selena and everyone who chose to cast us was so elated," Katherine told PopSugar. "Particularly for me, I had never done anything before. I got a call saying they wanted me, but we only had 10 days to get an O-1 visa."

Lucky gal - she did it! But playing Hannah wasn't her initial goal...

2) Katherine auditioned to play another role 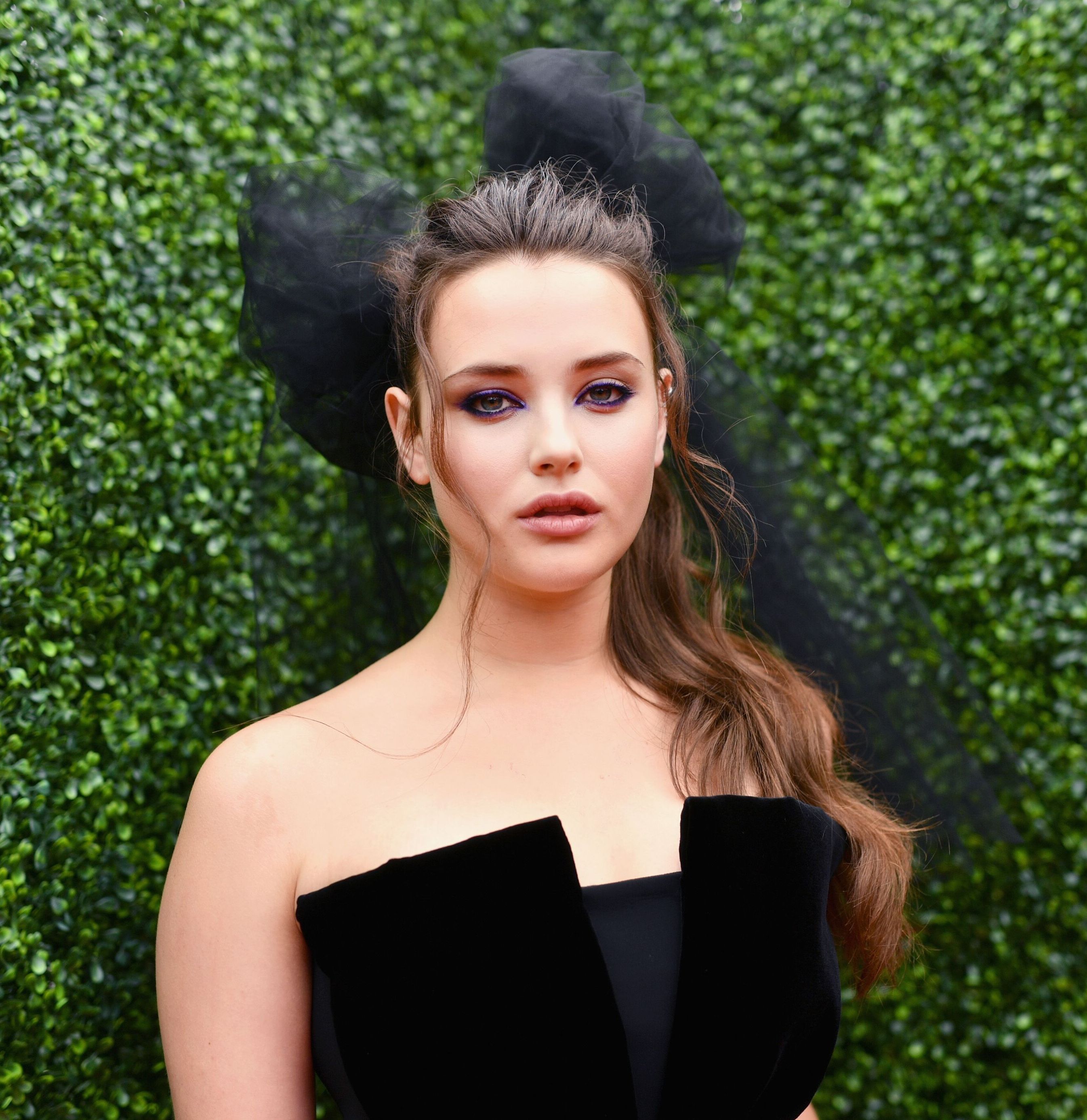 The Australian actress was first meant to portray Jessica Davis. Yet, after the auditions, the showrunners decided to choose Alisha Boe, and we appreciate their choice!

By the way, did you know Boe was born in Oslo? She has a Somali father and a Norwegian mother. When Alisha was 7, her mother married an American and the family moved to the US, where the actress-to-be's interest in acting started.

She dropped out of high school to pursue her acting career, whereupon she became the first actress of Somali origin to hold a leading role in an American film since Iman. We are certainly glad that filmmakers made the correct choice. Alisha is perfect in the role of Jessica and Katherine is the best Hannah there could ever be. It's wonderful that they understood it from the very beginning.

3) Differences between the book and movie

If you read Jay Asher's book, you must've definitely noticed that Netflix did a lot of work to adapt the book into a script. The biggest change is that in the book Clay listens to all the tapes over one night, while in the show every episode is dedicated to a separate tape. The scriptwriters made a decision to do so to let the audience dive into the show's atmosphere completely.

Over the weeks during the first season of the show, we see the long-term effects of Hannah's suicide on her classmates and parents, and also the change of Clay's attitude towards his classmates while he's listening to the cassettes.

It's worth noting that the scriptwriters also enlarged the storylines of secondary characters. In the book, we only knew Hannah's vision of the situation, yet in the movie, the scriptwriters chose to portray the reasons behind the teens' actions.

For instance, we find out that Justin Foley comes from a horrible home, where he occasionally gets beaten up by his mother's boyfriend, and Courtney is hiding her sexual orientation, because she knows what her father had to go through, and doesn't want her family to be humiliated again.

Of course, these details cannot justify the actions of the teenagers, but at least they allow us to see the whole picture and understand why they're doing certain things.

4) Why did the scriptwriters change the ending?

We can never forget the ending of the 1st season of 13 Reasons Why. This scene was so hard and shocking that Netflix even re-edited it this year and removed the controversial frames.

Did you know, that in the book Hannah doesn't cut herself, but dies from an overdose? At first, the author of the book thought about saving Hannah's life.

Asher considered having Hannah’s mom find her and rush her to the hospital — saving her life by pumping her stomach. But he finally made up his mind because he wanted the message of the book to be stronger, so Hannah had to die. The scriptwriters went even further and decided to enhance the last scene of the season by changing the way she took her life.

According to creator Brian Yorkey, they made this alteration with a specific goal in mind:

"We worked very hard not to be gratuitous, but we did want it to be painful to watch because we wanted to be very clear that there is nothing, in any way, worthwhile about suicide."

They were right - the scene was really powerful and it meant a lot to the show.

If you found it hard to watch the show, imagine how bad it was for the crew who had to film all these scenes of bullying, assaults, etc. The cast had trained therapy dogs on the set during the filming of the most emotionally difficult scenes to help relieve the tension.

"I know there was one scene, I wasn't around, but they had therapy dogs on set," said Dylan Minnette who plays Clay. "There was a puppy per hour. They really tried to help out. The puppies helped."

6) The game of color

Did you notice how the scenes before and after Hannah's death are pictured differently?

Scenes from before Hannah's death are bright, colorful and feature a warmer color palette, while scenes from afterward are darker, more washed out and use cooler colors, like blues and greys. Not only do the colors help set the mood and atmosphere at different moments, but they also help the viewer understand which time period it is, as each episode is full of flashbacks and it's easy to get lost.

It's hard to imagine Tony Padilla walking or, even worse, riding a bike to school. His iconic 1968 Ford Mustang is a part of his character, just like his leather jacket. Now, can you imagine the producers' reaction to the fact that their ideal candidate for the role, actor Christian Navarro, cannot drive?!

“I had never driven before — much to the producers’ surprise,” says Christian, who grew up in the Bronx with two police officer parents. “But they afforded me some driving lessons.”

This is the one topic that was discussed a lot by fans - Tony Padilla, Justin Foley and Skye Miller covered in not one or two but many tattoos.

Lots of the characters are underage, and seeing a teenager totally covered in tattoos is questionable. Keep in mind that the show is set in Northern California. The state law requires anyone under the age of 18 to have a parent present for such body modifications.

And we honestly highly doubt that any of their parents would have let that happen before their graduation from high school. Most parents don't like this kind of idea, after all! Perhaps, it's the actors' real tattoos and the make-up artists just decided not to waste their energy covering them up before the shootings? Let us know what you think in the comments!

After season 1 aired, the actors Tommy Dorfman and Alisha Boe, and also Selena Gomez got matching semi-colon tattoos. At the time, Tommy posted this photo on Instagram with the caption:

We think these tattoos look really cute. And what do you think?

It's worth saying that the show has become so popular that tattoo salons got plenty of requests to do tattoos of tape, of Clay's bike, of a quote from the 13 Reasons Why book, and even of a bottle of blue nail polish that Hannah used to mark her cassetes. Talk about dedication to the show! 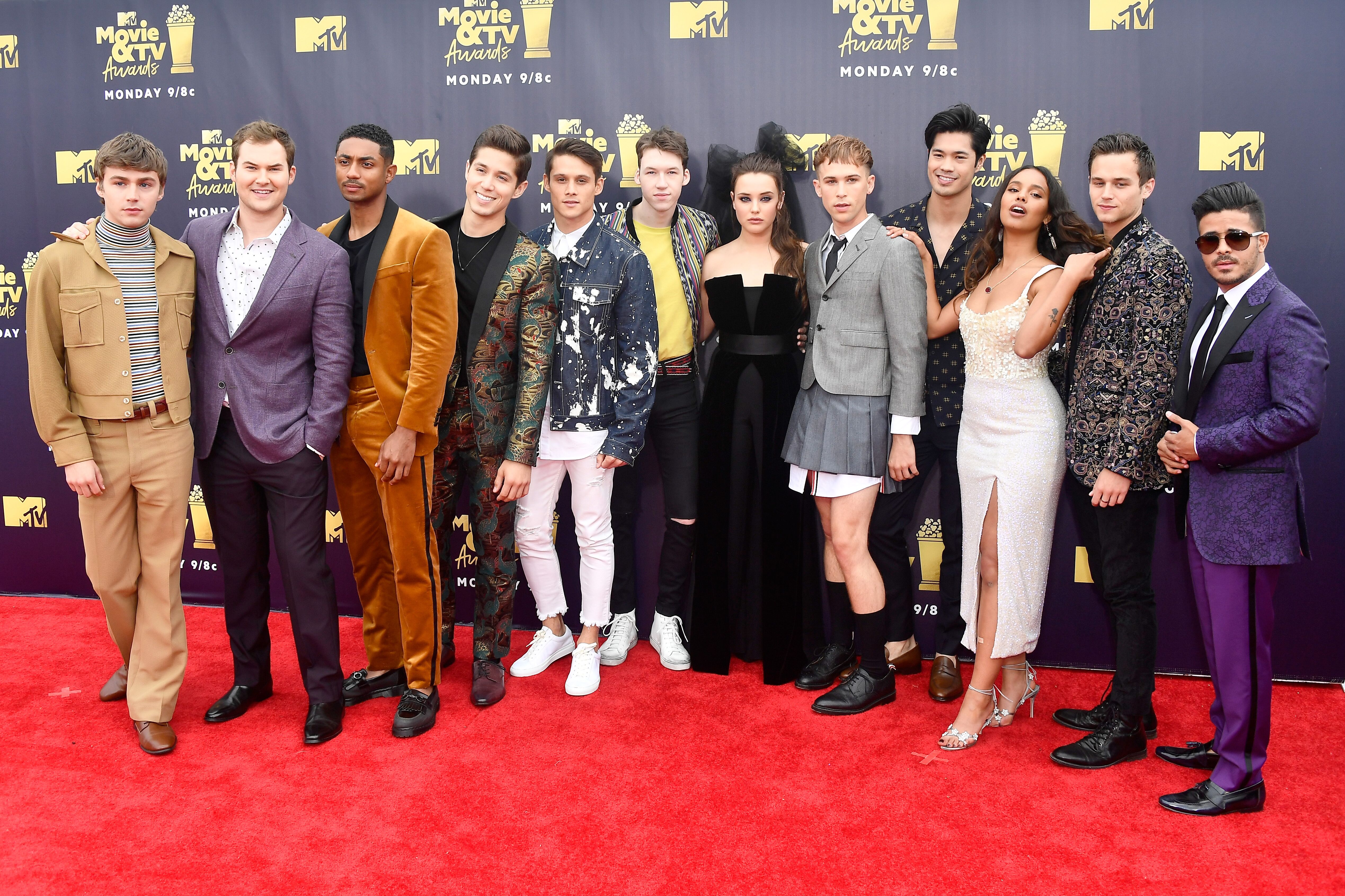 18-year-old Clay Jensen is portrayed by 22-year-old Dylan Minnette, actress Alisha Boe who portrayed Jessica is of the same age, she's also 22. And hottie Brandon Flynn who we remember by his role of handsome Justin is a bit older than that, he's turning 26 in October.

How old do you think Ross Butler who portrayed 17-year-old Zach Dempsey is? 20? Perhaps, 25? Keep going, he's turning 30 next year!

Amazing, isn't it? After all, age is just a number, though. Yet, he is not even the oldest cast member. Timothy Granaderos, who portrayed Montgomery de la Cruz has recently turned 33. And he looks a lot younger than that!

The one who really looks older than the other students is Christian Navarro. Perhaps, the brutal style of his character adds to the way he looks, and that's why he seems older.