Destiny of 'The Exorcist' Horror Movie Cast Since It's Release

This 1973 film revolutionized supernatural horror with its psychological plays that led to reports of fainting, vomiting, miscarriages and heart attacks. "The Exorcist," based on William Peter Blatty's 1971 bestselling novel, was the first horror film nominated for Best Picture at the Academy Awards. The stellar cast and the storyline left a lasting mark on movie-goers. Here is a look at where the central cast members are years after they starred in one of the scariest movies in history. 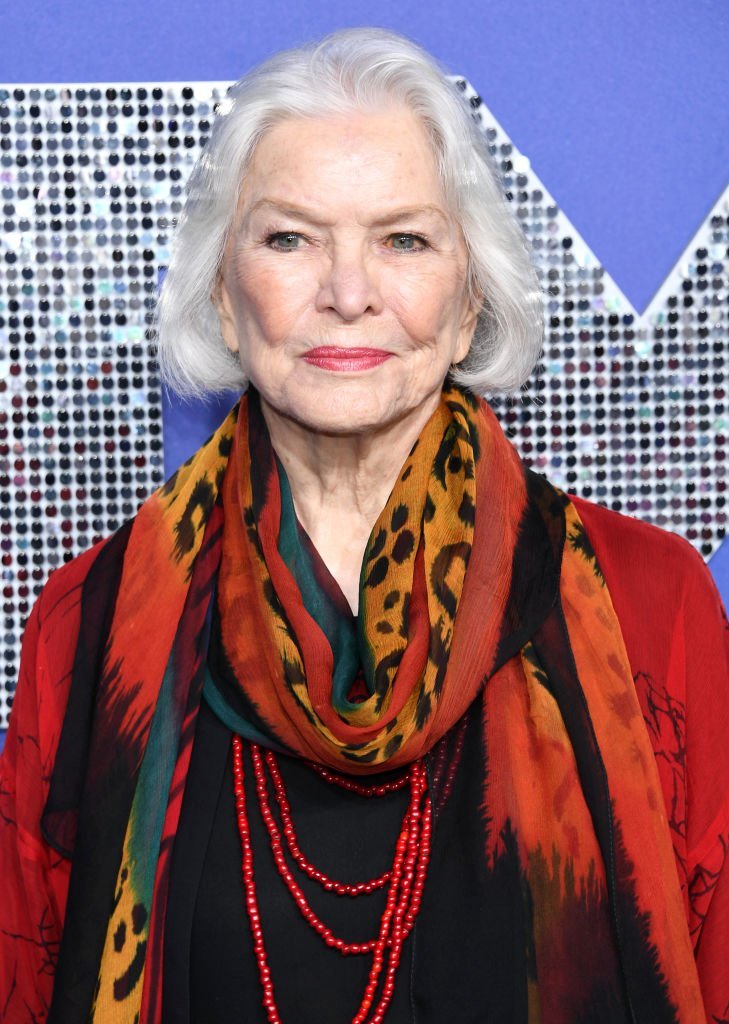 Ellen Burstyn plays the pivotal actress Chris MacNeil who moves to Washington with her daughter to act in a film but horror unfolds. Before the film, Ellen was relatively unknown in Hollywood. The film earned Burstyn an Academy Award nomination for lead actress. A year later, she bagged an Oscar for her role in "Alice Doesn't Live Here Anymore." In total, she has won a Tony, two Emmys, and multiple award nominations. 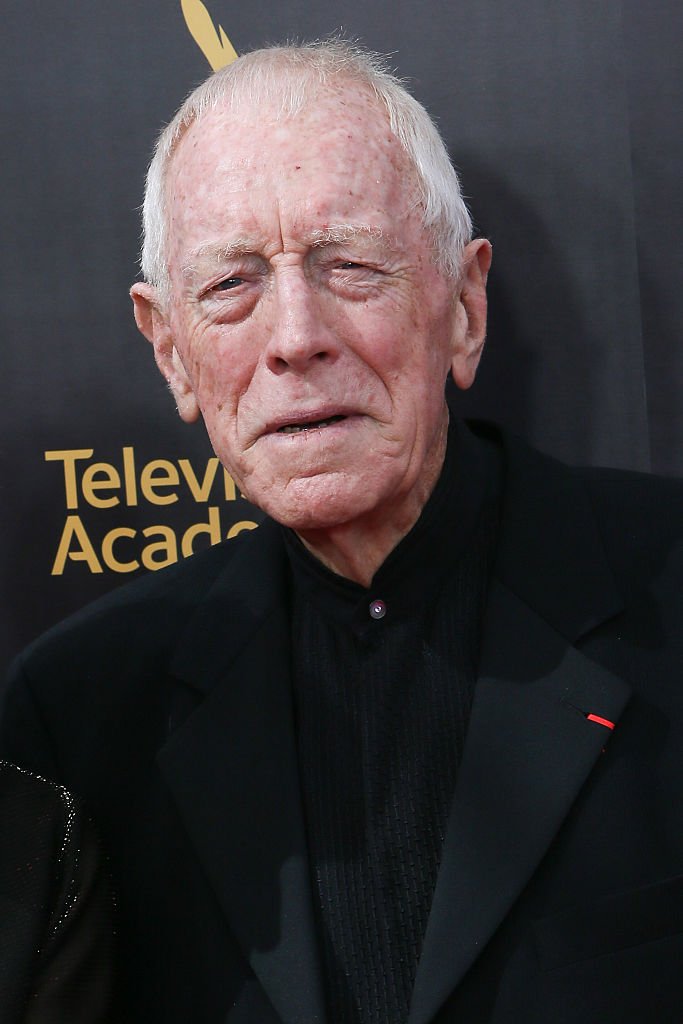 Father Merrin was played by Max von Sydow. Max already had an established career in film and television. He has acted in films like "The Seventh Seal," "The Greatest Story Ever Told," "Hannah and Her Sisters" and "Awakenings." His most recent role was as the Three-eyed Raven on "Game of Thrones." 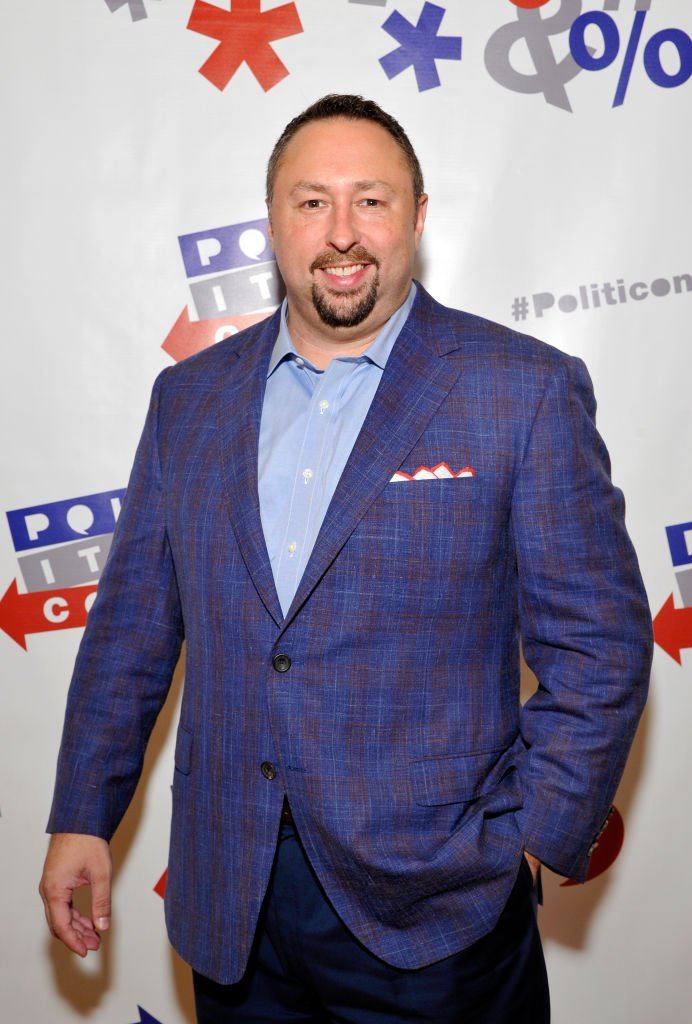 Father Damien Karras was played by actor Jason Miller. Before the film, he was a famous playwright who had bagged the Pulitzer Prize and Tony Award for his play "That Championship Season." After the film, he continued acting on stage and was also the artistic director for a theatrical company in Pennsylvania. He also acted in "Devil's Advocate," "Toy Soldiers," and "Rudy." 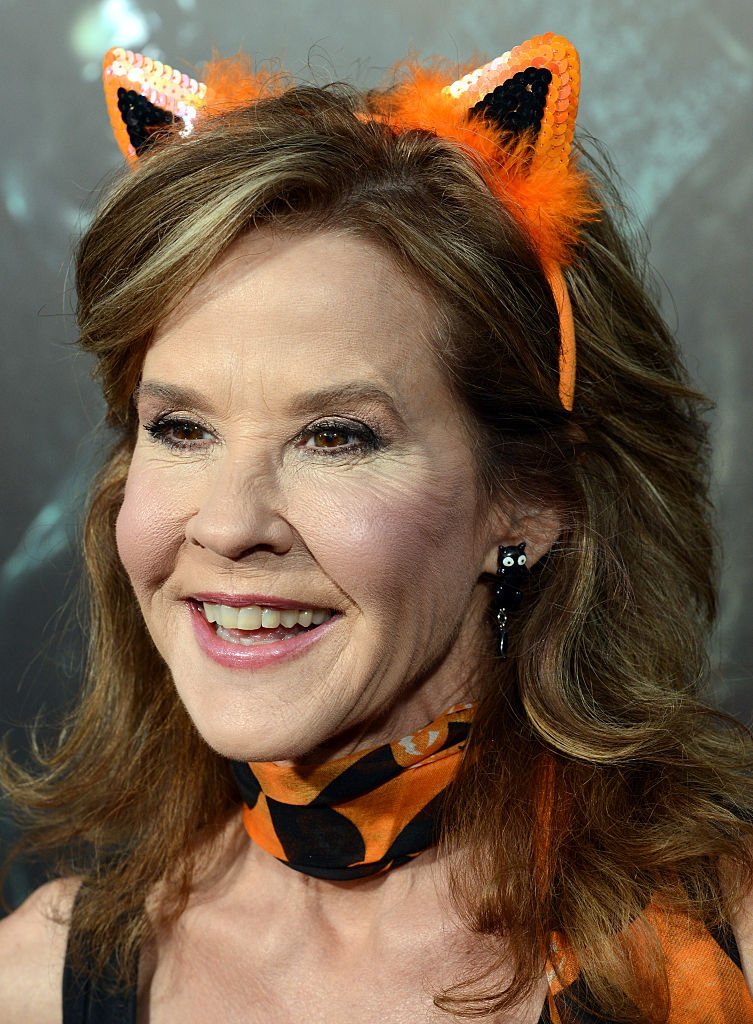 Regan MacNeil was played by Linda Blair who bagged an Academy Award nomination and a Golden Globe. She went on to star in TV-movies like "Roller Boogie." She also acted in the cult classics "Hell Night" and "Savage Streets." She also starred in horror and supernatural-themed reality shows and now focuses on animal rights advocacy. 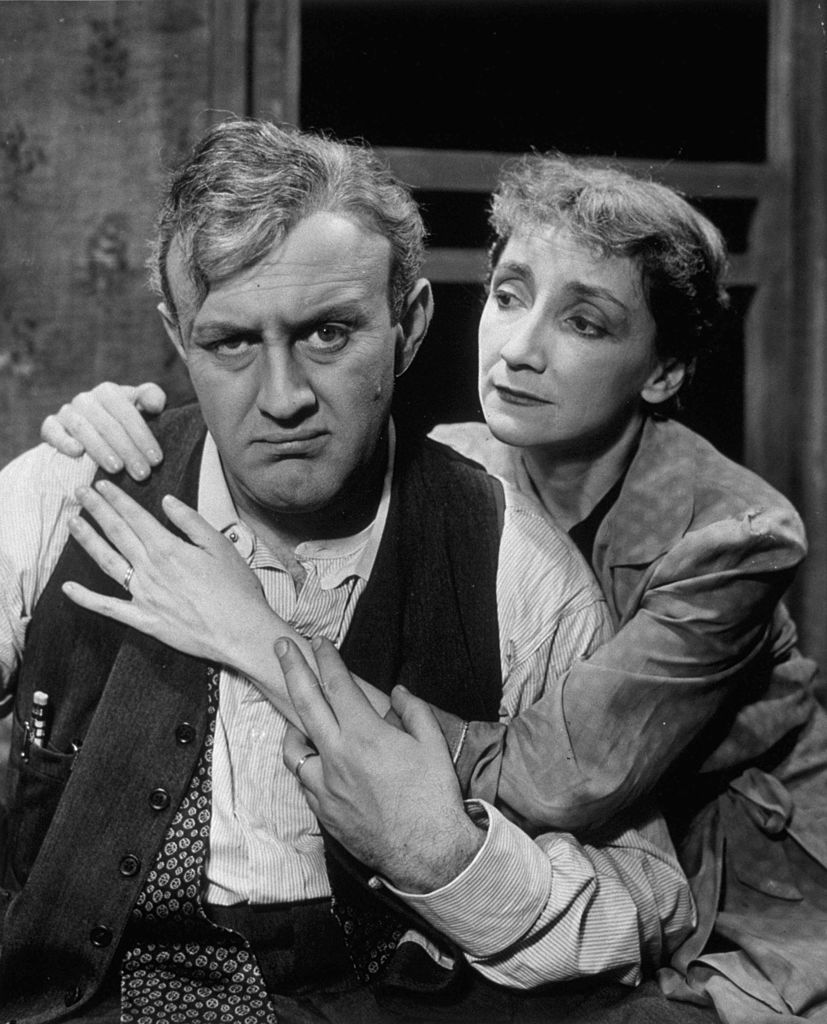 The role of Lieutenant William Kinderman was played by Lee J. Cobb. He was already known by "12 Angry Men" and "On the Waterfront." He had received Oscar nominations in the Best Supporting Actor category. Cobb also acted in "The Virginian." 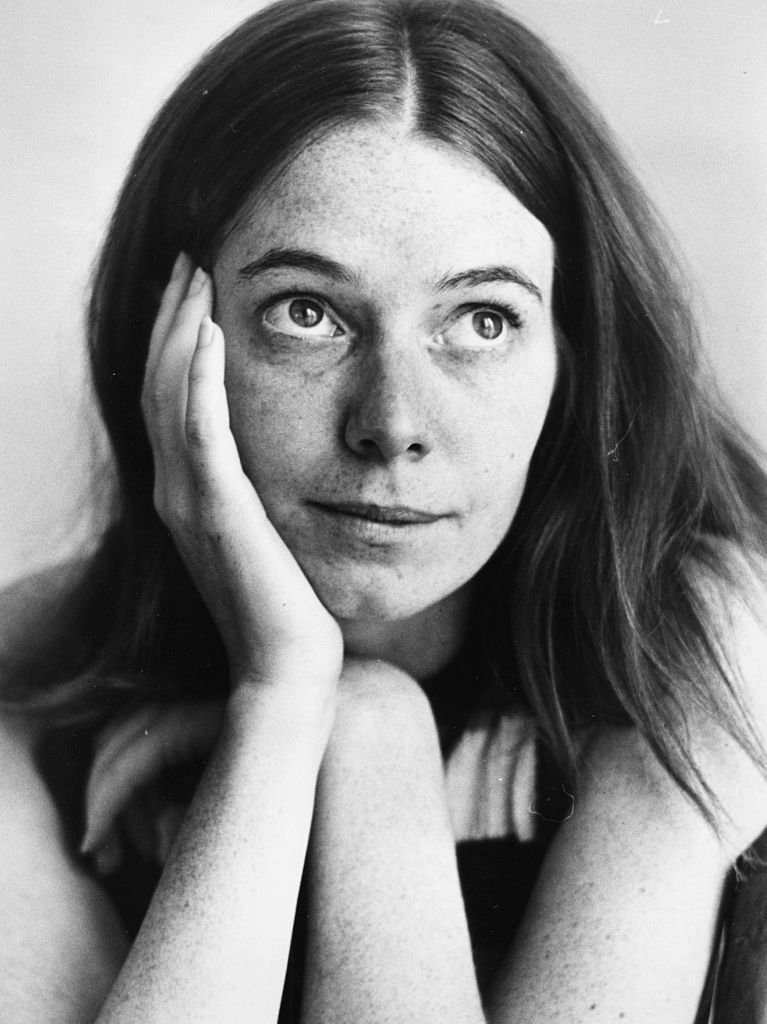 Kitty Winn played Sharon Spencer. She already had an established career with a role in the romantic drama "The Panic in Needle Park." Winn's career took off in the 1970s. She appeared in film and television as well as onstage before she eventually retired. 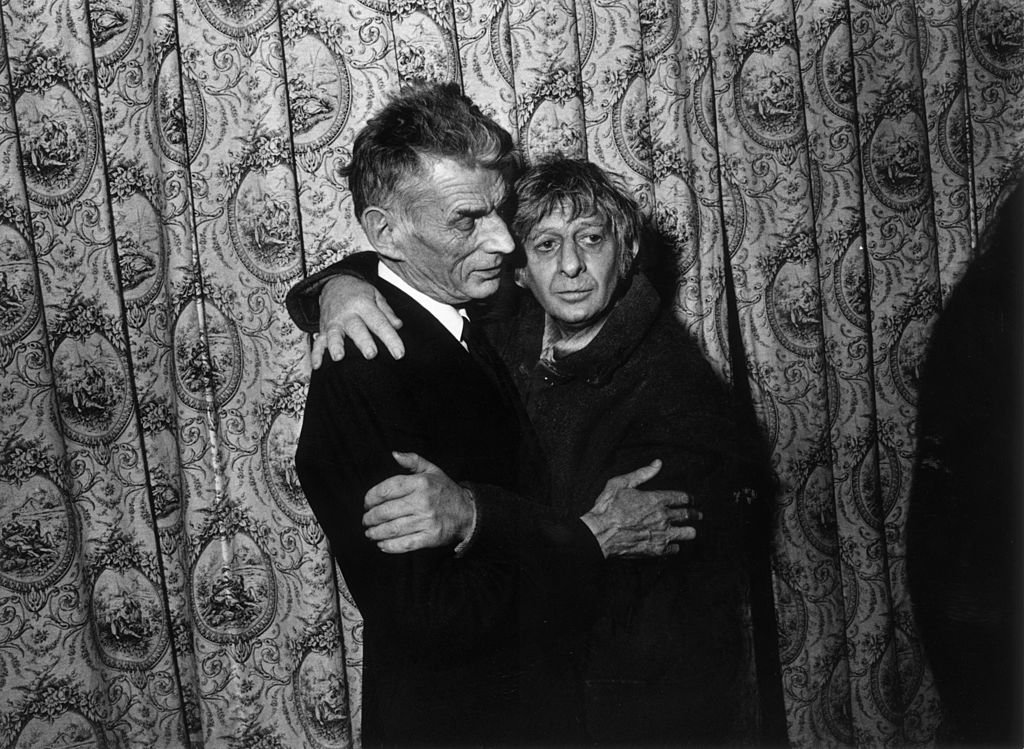 Burke Dennings was portrayed by Jack MacGowran. The Irish actor also famously collaborated with Irish playwright Samuel Beckett for plays like "Endgame" and "Waiting for Godot." He is a member of the Royal Shakespeare Company and launched his film career in the 1950s. He has acted in "Tom Jones" and "Doctor Zhivago." His final film was "The Exorcist." 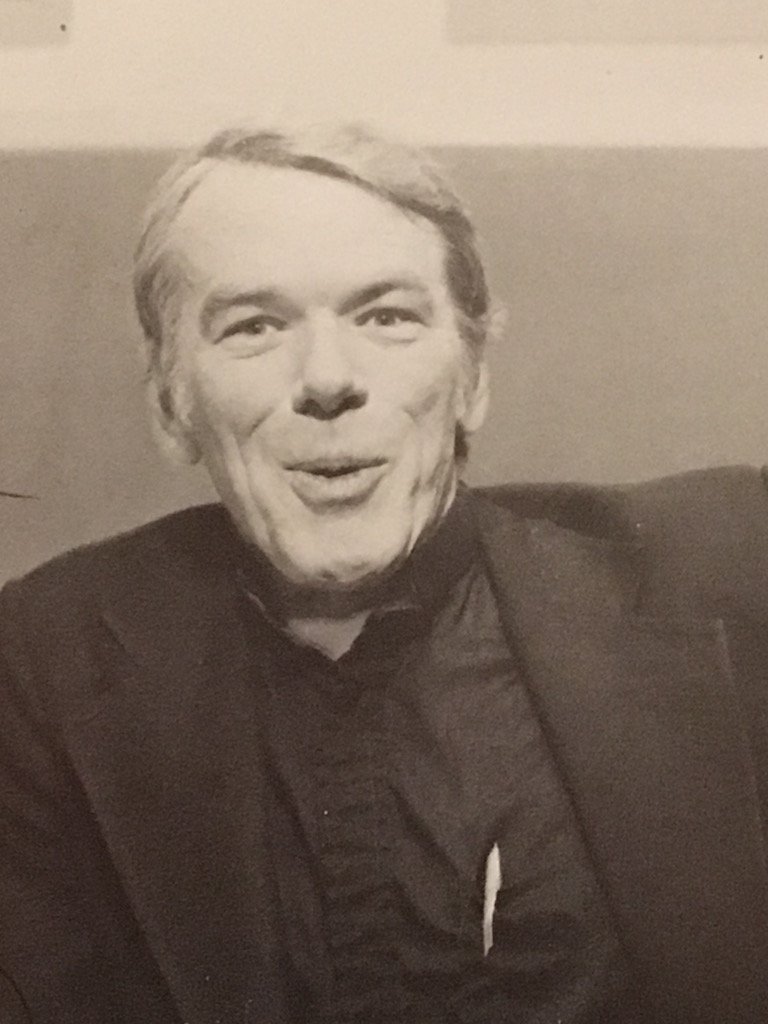 A close friend of Father Karras, Father Joseph Dyer was played by a real Jesuit priest, Reverend William O'Malley. He was a prolific Catholic book author and high school teacher. While he had an illustrious career, his reputation was tarnished when earlier this year. He was accused of sexual assault while teaching in the 1980s.

Mercedes McCambridge (Voice of the Demon) 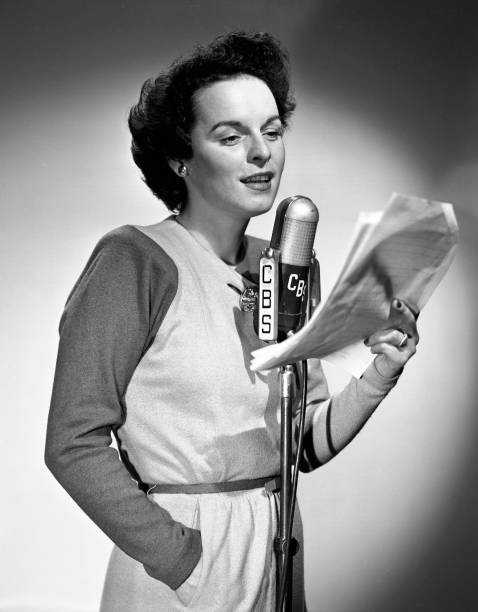 After altering Linda Blair’s voice for the part and realizing that it didn’t turn out nearly as frightening as it needs to be, Mercedes McCambridge stepped in. Although the part strictly consisted only of voiceover work, McCambridge’s role in the horror film is what led the actress to cult status. In fact, fans credit the voice as being one of the reasons the movie was so creepy.

After the movie, Mercedes took Warner Bros. to court, since she was uncredited for her role as the demon’s voice. The actress retired from the Hollywood scene in the early ‘80s, with her last appearance being “Echoes” in 1982. Mercedes passed away on March 2, 2004, of natural causes.

Father Karras’ deceased mother appears in the movie a number of times, playing a crucial role in his story. It was because of his mother that Father Karras lost faith by the time Chris MacNeil found him.

The actress, Vasiliki Maliaros, was a Greek woman that was spotted in a Greek restaurant in NYC by Friedkin. Before this role, Maliaros had no acting experience at all, and the film ended up being her only role. Before the movie was released, Maliaros had died of natural causes at the age of 89.

10 SHOCKING FACTS ABOUT THE FILM

10. A Priest Blessed The Set After It Caught On Fire 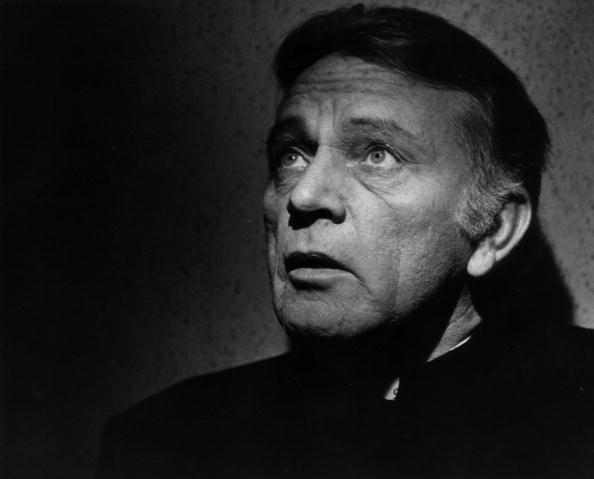 Naturally, filming a movie as scary as this one, numerous creepy occurrences took place. Many of the crew and cast members believed the set was haunted - especially after the entire place caught on fire. The set, which was being used for the MacNeil house, had caught on fire and delayed production for six weeks.

The weird part? Regan’s demonic bedroom was the only one that wasn’t burned. Hence, a priest was called to bless the set and put everyone somewhat at ease.

9. Some Theaters Handed Out Barf Bags 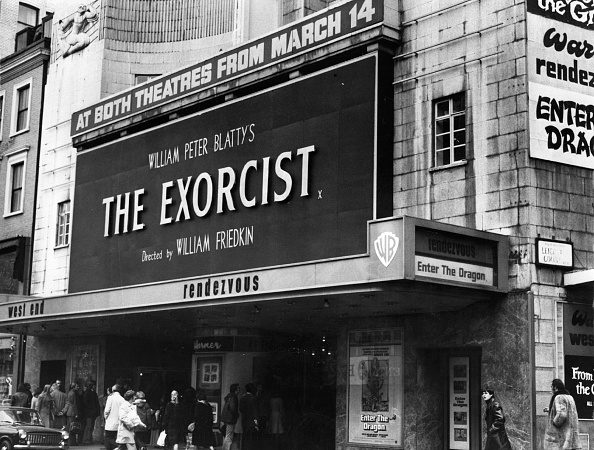 Lots of movies claim to be a “truly frightening experience,” but ‘The Exorcist’ really went all out in this category, causing people to feel physically ill. When the film hit theaters, many were handing out barf bags because viewers were vomiting in the auditoriums. People were simply repulsed from the horrific and graphic imagery they were seeing on the big screen.

Not only were people vomiting, but many even got to the point where they were passing out, and some just straight up left the theater because it was too much. Sure, there are some terrifying horror movies out there - but the impact that ‘The Exorcist’ had is simply unbeaten. 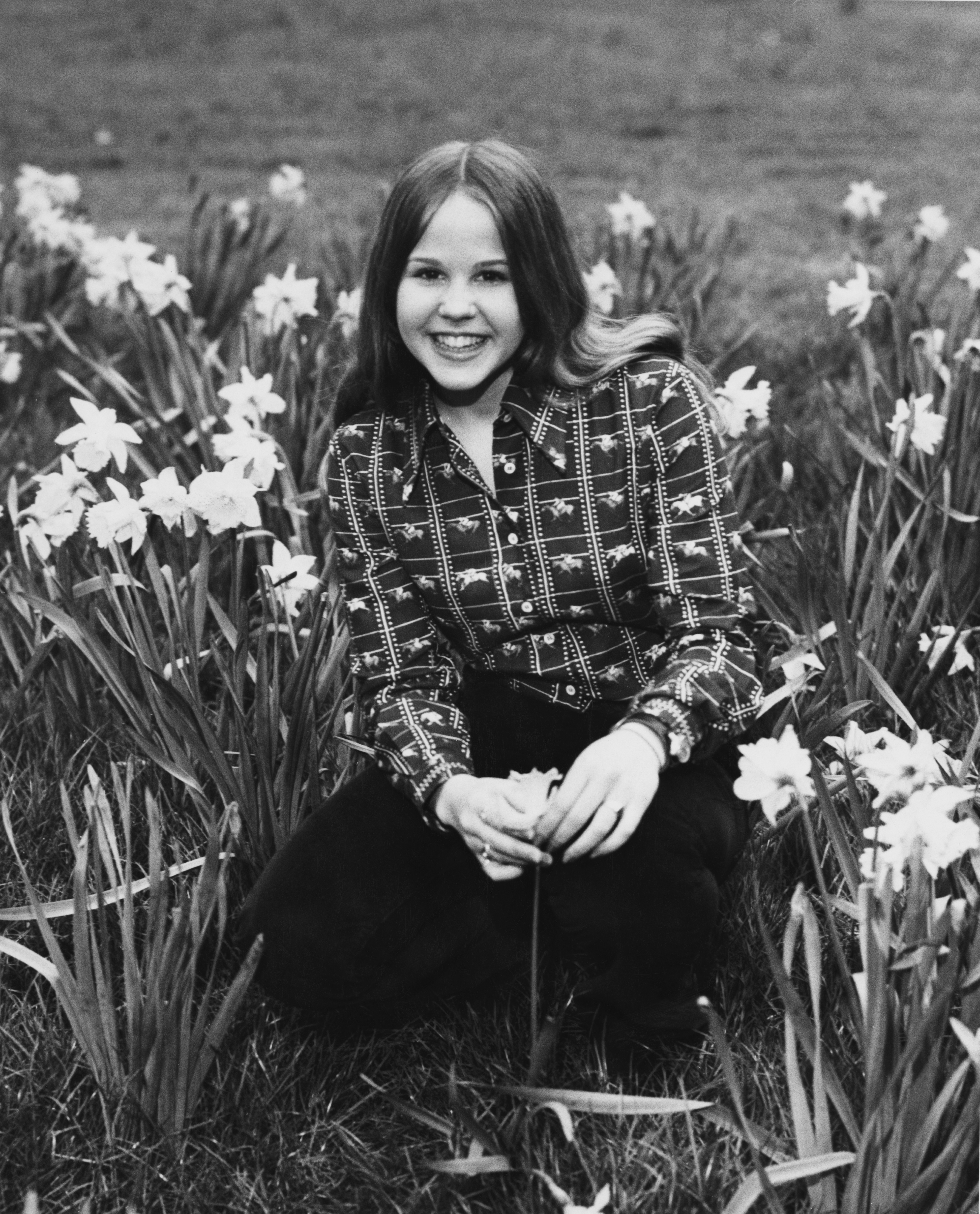 There are so many examples of movies that are considered to be offensive to different people. And any movie that touches on religion, such as ‘The Exorcist’ did, is bound to stir some controversy. Because of the way they presented certain ideas and religious beliefs, including numerous sacrilegious acts being performed, lots of people were not pleased, to say the least.

Some were so offended that they sent threats to the young Linda Blair. Since viewers were under the impression that the movie glorified Satan, Linda had bodyguards with her at all times for six months after the movie’s release.

7. Many People Linked To The Film Met Tragic Ends 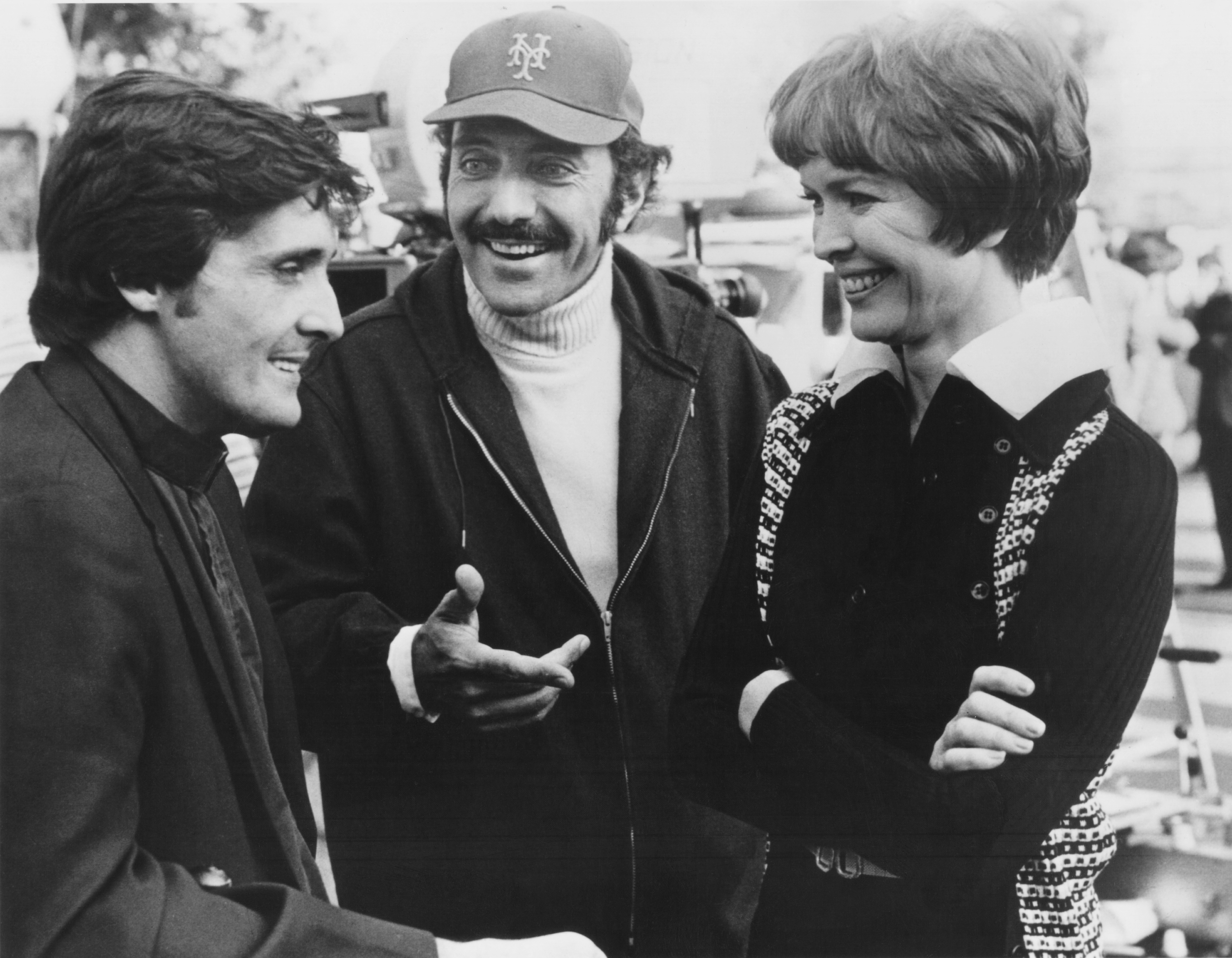 While it is a pretty rare occurrence, sometimes, cast and crew members end up passing away while making a movie. Another strange thing about this film, in particular, is that a total of nine passings are linked to it. Actors Jack MacGowran and Vasiliki Maliaros, both died after the filming had finished.

What’s even weirder? Both of their characters die in the movie as well. Linda Blair’s grandfather, Max von Sydow’s brother, a night watchman, as well as a special effects expert, also passed away during and after the production of the film.

6. The Film Was Based On A True Story 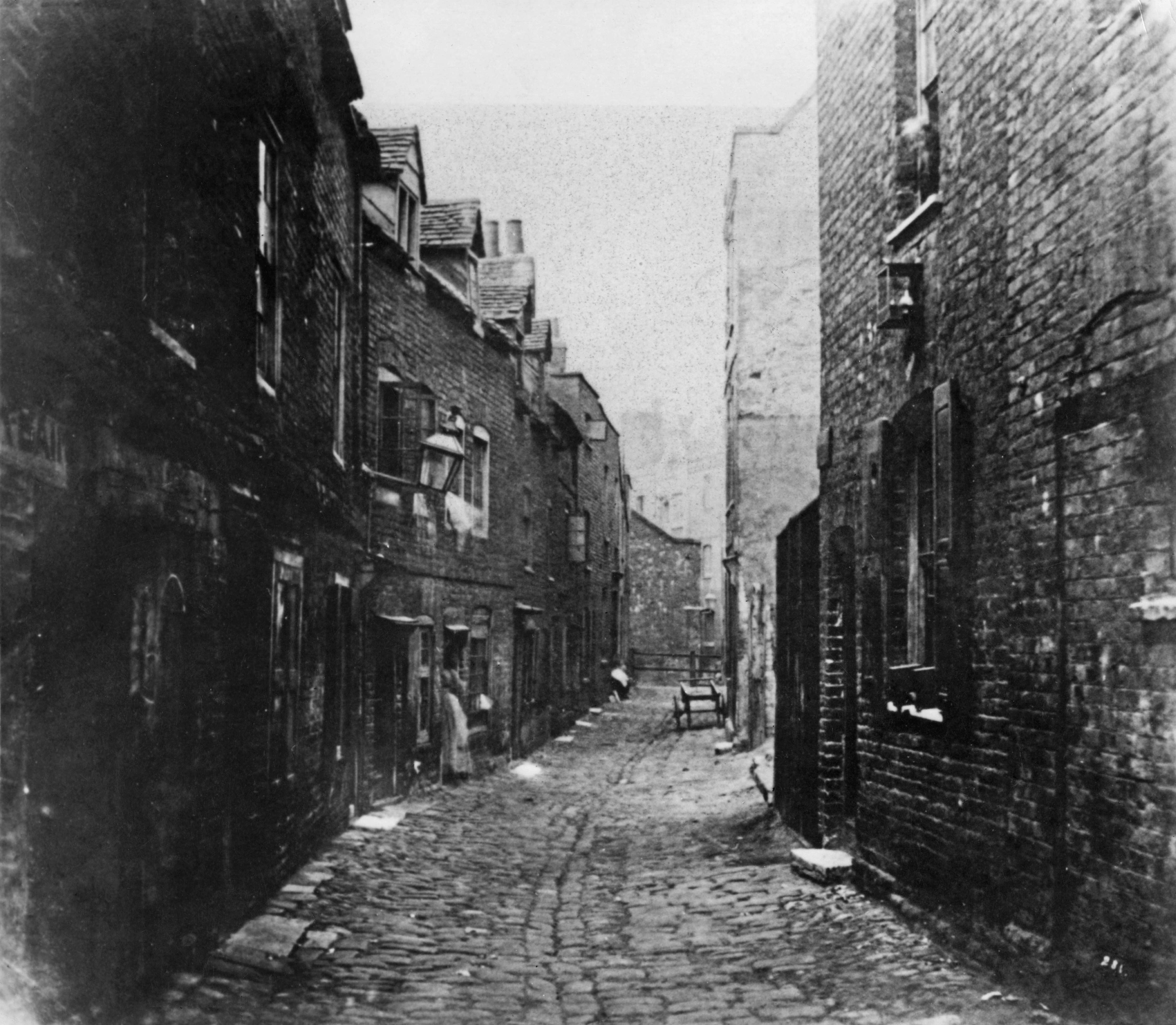 Horror movies are scary enough as it is on their own - but when you add in some real-life basis? That just takes things to a whole different level. Although the film was based on William Peter Blatty’s book, called ‘The Exorcist,’ both the book and the movie were actually inspired by a teenage boy's story, who goes under the pseudonym Roland Doe.

Doe’s exorcism apparently took weeks to perform in a Missouri home in 1949. It was said that the devil’s face had appeared on the boy’s leg before Saint Michael’s voice came out of the boy’s mouth, demanding Satan to leave his body.

5. The Spider Walk Scene Was Cut At First 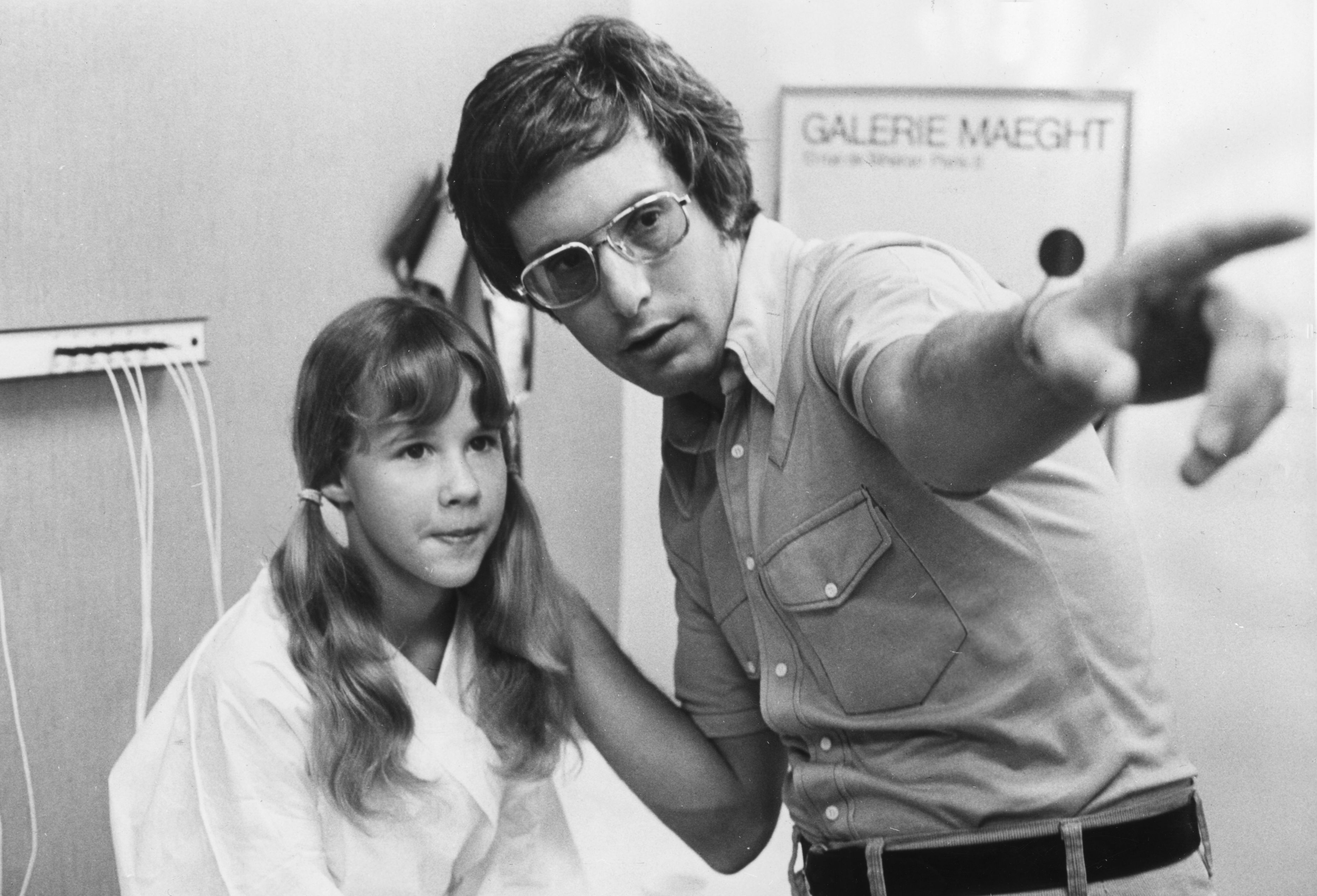 One of the most iconic, memorable, and downright chilling scenes from ‘The Exorcist,’ is when the deranged Regan spider walks down the stairs. Although it's one of the most terrifying scenes in the movie, it wasn’t included in the film when it first came out in theaters.

Apparently, director William Friedkin was bothered by the visibility of the wires holding the contortionist, cutting the scene entirely. However, with the help of CGI, the scene was restored in later editions of the film, where the wires are no longer visible.

4. Ellen Burstyn’s Real Screams Of Pain Made It Into The Movie 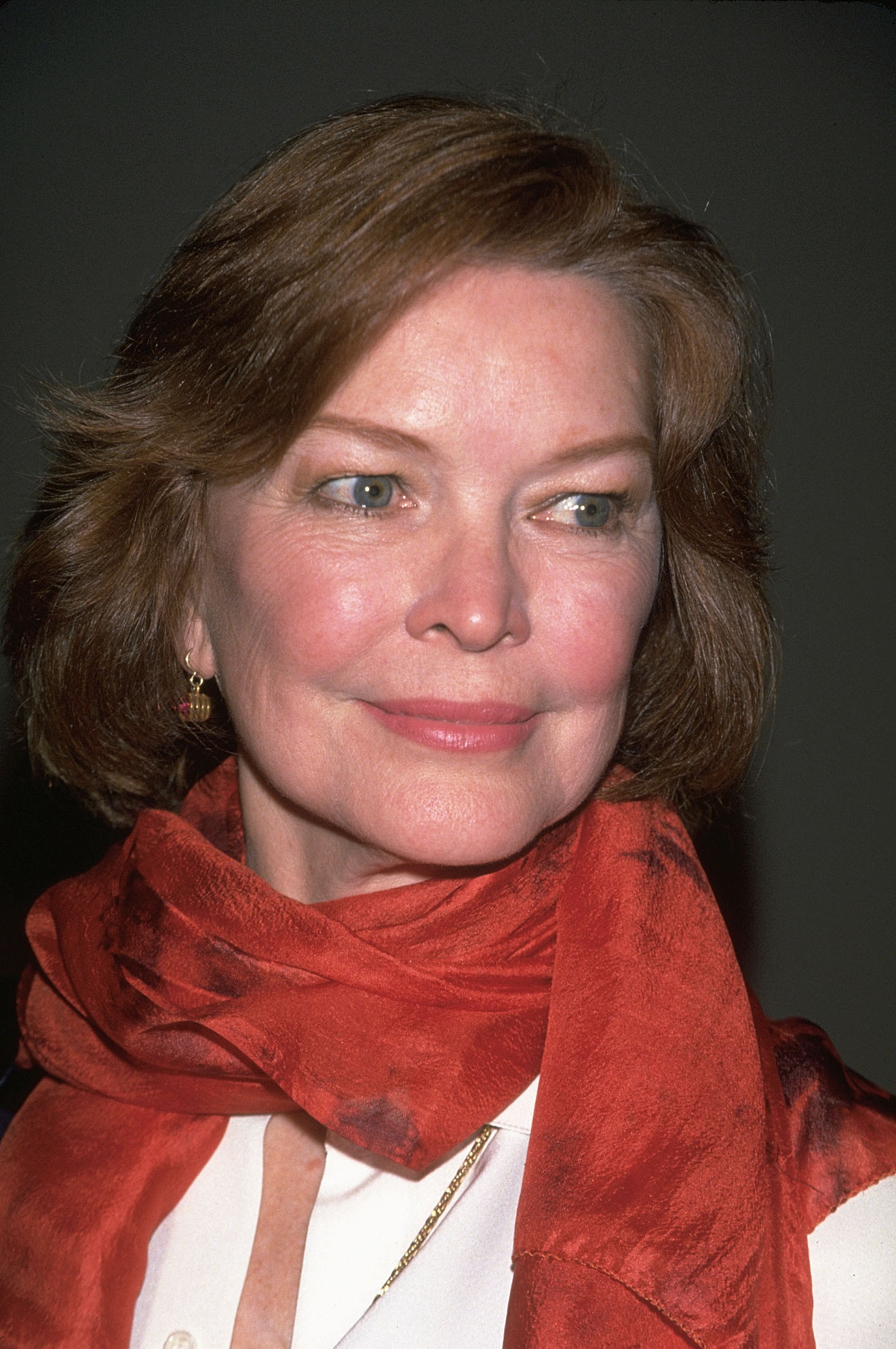 Just like the viewers, the characters in the movie were screaming too. With Regan being possessed and her mother, Chris, watching the demon take over her daughter, it really doesn’t come as a surprise. Remember the part where Regan mutilates herself, her mother rushes over to stop her, and then gets shoved to the floor by the demon?

Apparently, Burstyn had let out a real, glass-shattering scream. The wire that was rigged to the actress was pulled too hard by the stuntman, causing Ellen to seriously hurt her back when she hit the floor, causing a permanent spinal injury. 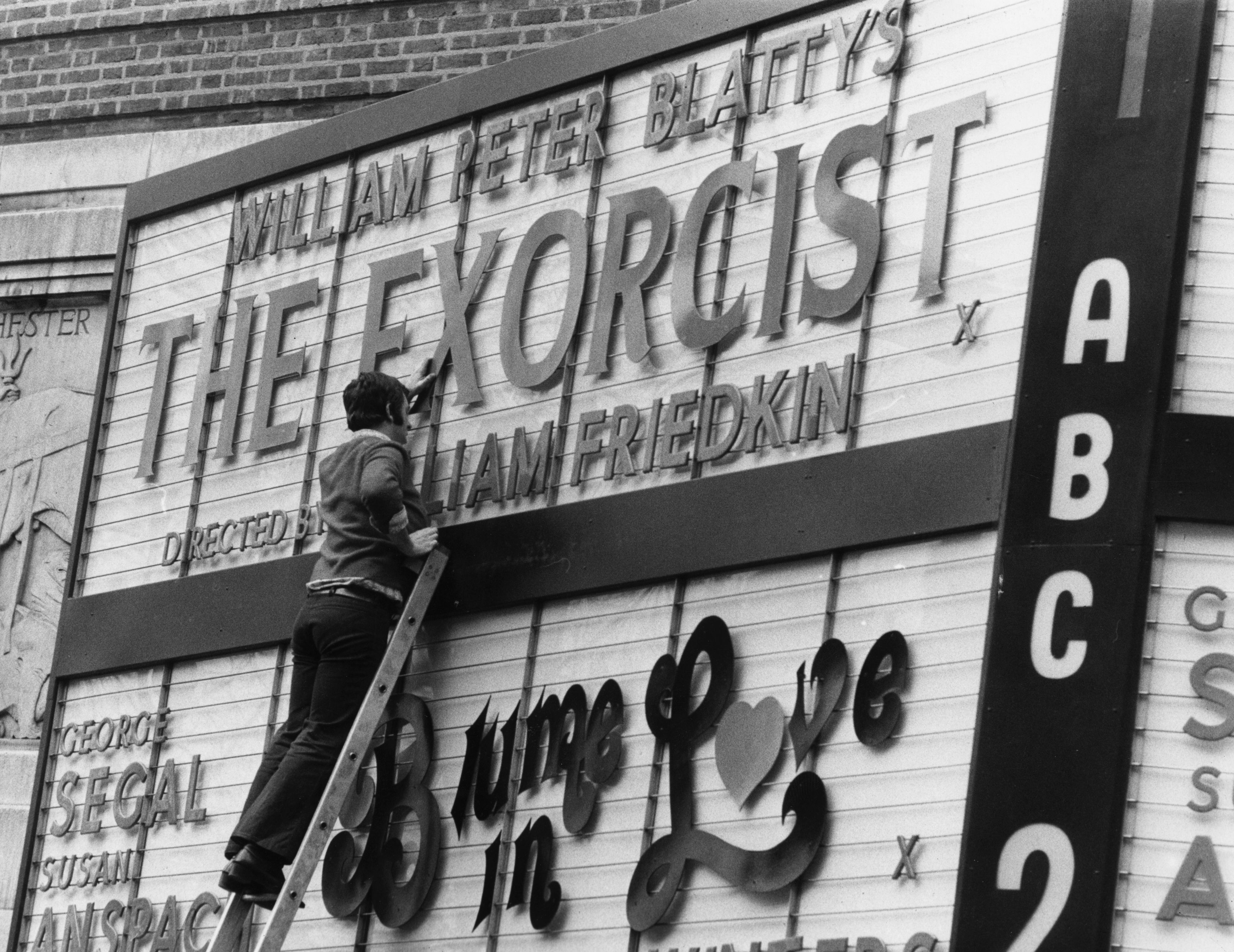 Making a movie about a demonic exorcism look real was obviously a grueling task. Which is why director William Friedkin was extra intense about his directing techniques. In the 2010 documentary about ‘The Exorcist,’ it was revealed that Friedkin would often slap actors in the face or fire guns right before the cameras started rolling. Of course, he received the genuine reactions that he was looking for, but some were left feeling angry, resulting in Burstyn calling the director a maniac.

2. McCambridge Later Experienced A Tragedy Herself 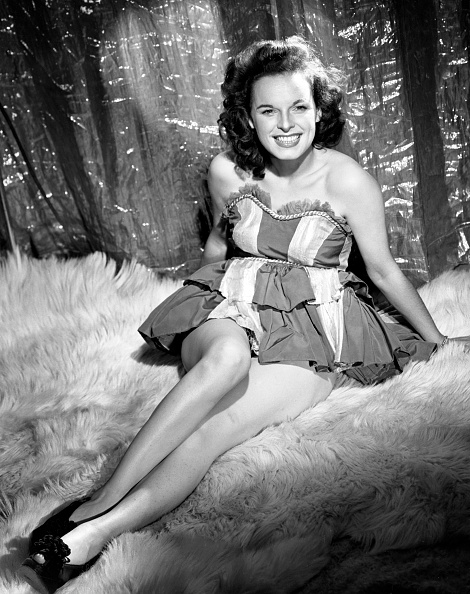 We’ve already touched on Mercedes earlier and have established the fact that she did an outstanding job at voicing the demon. William Friedkin even said that the actress would smoke cigarettes, swallow raw eggs, and drink alcohol in order to perfect her demon voice.

What’s even crazier? The actress gave up her sobriety to make the voice sound as authentic as possible. However, tragedy struck the star in 1987, when her son ended the life of his wife, his children, and himself. 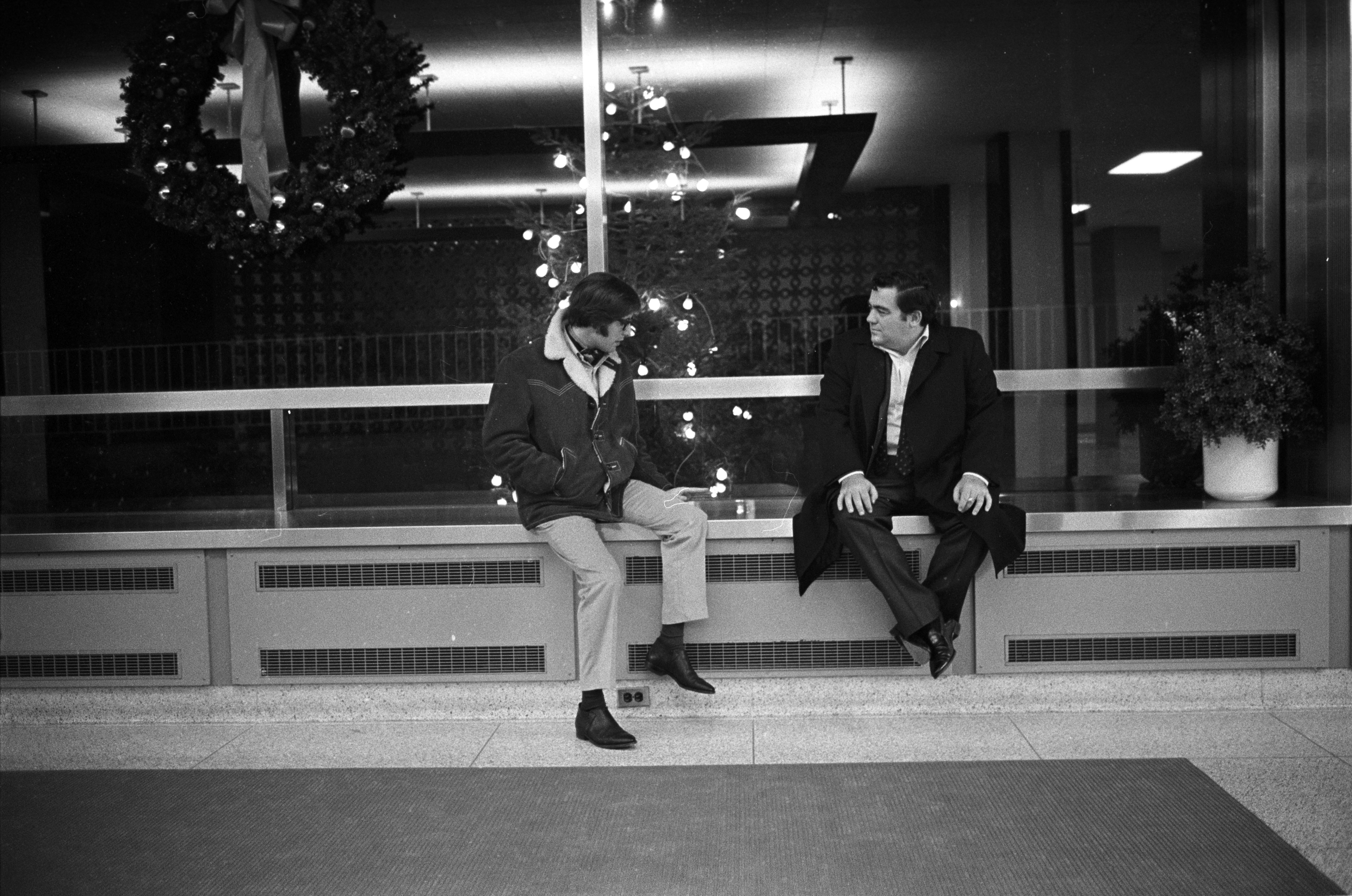 Unsurprisingly, the cast and crew felt super uncomfortable at times throughout the filming process of the movie. William Friedkin decided to make life even more difficult, by refrigerating the whole set. The reason for doing so is to see Regan and the priests’ breath, adding a creepy effect to the film. When you look at behind the scenes photographs, the crew is decked out in big winter coats while filming inside Regan’s bedroom.

There are so many new horror movies coming out left and right, and although some of them are truly terrifying, none have had the same effect as this one. All we have to say is, kudos to Friedkin for coming up with a masterpiece so good, it makes you physically ill! Are you a fan of the 1973 classic?