She had been on the show for 9 years. She decided to leave the show to "have balance" She revealed she would be using her time off-screen to focus on her wife and three children: Levi Hawk, Sawyer Jane, and Rhodes Emilio. 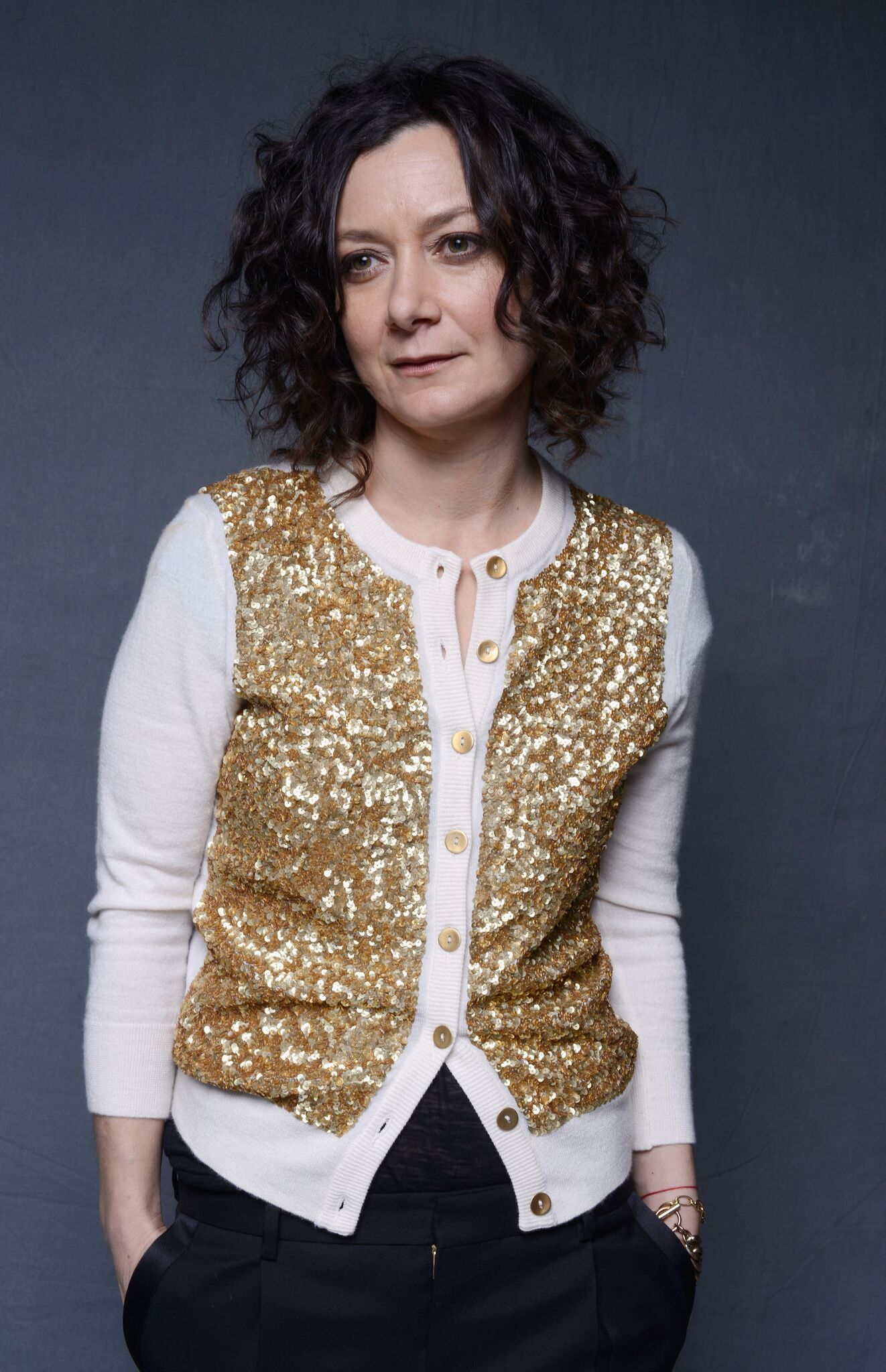 After having multiple appearances in television movies, as well as commercials, Gilbert landed her first role at the age of 13, as Darlene Conner in ‘Roseanne.’ She was a cast member of the series for its entire nine-year run.

Ever since the actress has made appearances on ‘The Simpsons,’ ‘24,’ ‘Will & Grace,’ ‘Law & Order: Special Victims Unit,’ and ‘Private Practice.’ In 2005, Gilbert starred in episodes of ‘The Big Bang Theory’.

That same year, Sara premiered her talk show ‘The Talk’, in which she was the co-host and executive producer. After winning a Daytime Emmy for Outstanding Entertainment Talk Show, Gilbert made her final appearance as co-host in 2019.

Even though her father had been a successful lawyer, he fell on hard times after his divorce in 1983. The first couple of times, Harold asked Sara for financial support, which she gave. But then the continuous requests caused a shift in their relationship.

“I was 18 or 19 and making more money than any teenager should be making at the time. I just wanted him to be my dad,” Sara said. Eventually, Sara decided to stop giving him money.

However, later she realized how difficult it must have been for him to ask for money. “When it comes to your family, it’s better to give,” Sara added. When Harold got ill during later years, Sara became his primary caregiver until his death.

During her father’s financial problems, Sara also faced her own internal struggles. It was also at the time when she starred in “Roseanne” and dated her co-star and on-screen husband, Johnny Galecki.

As their relationship progressed, Sara realized she was gay. "I thought he was super cute and had a total crush on him, and we started dating, (...) we would make out, and then I would start to get depressed".

She continued: 'Johnny felt bad, I think, and started to take it personally, so I eventually told him that I thought it was about my sexuality and he was super sweet about it."

Half-sister Melissa knew and accepted Sara as gay long before she realized it herself, as she shared during an interview on “The Talk.” She would take her to dinner when they were in their teens, and I sat her down.

"...I gave her this speech about how much I love you, and it doesn’t matter, and you’re my darling and blah, blah, blah, and she said, ‘I’m not gay.’ And I was like, ‘OK, whatever,'”  Melissa recalled.

Sara is married to songwriter and music producer Linda Perry since 2014. The pair started dating in November 2011. Earlier in the same year, Sara and her longtime girlfriend Allison Adler split up.

They had been together for 10 years and share two children, Levi Hank and Sawyer Jane, together. According to an insider, Allison was left heartbroken and devastated with the breakup.

Gilbert quickly moved on with Perry after the pair publicly split in August 2011. Just a couple of months later, the two were already spotted holding hands and hanging out together.

An insider insisted that their budding relationship was the real reason behind Sara’s breakup with Adler in the first place: “Allison and Sara had a family together(...). Things weren’t moving in a downhill direction".

So Allison was actually surprised when they broke up. "It was really hurtful for Allison to basically lose Sara to Linda. To see them splashed all over the news holding hands and being romantic."

In case you might not know all the deets about Sara’s true love, Linda Perry, born in 1965 is a famous American singer-songwriter, musician, and record producer.

Respected all throughout Hollywood, Perry has collaborated with numerous artists, including Christina Aguilera, Gwen Stefani, P!nk, Adele, and more. At the start of her career, Linda was the singer and songwriter of ‘4 Non Blondes’.

Perry’s most recent work includes her collaboration with Dolly Parton on Netflix’s ‘Dumplin’,’ which received a load of buzz and excitement from the public. Parton and Linda’s work on ‘Girl in the Movies,’ an original song written for the film.

It received a Golden Globe nomination for best original song. When questioned about the nature of her relationship with Parton, Perry described that working with the famous singer was simply ‘a dream come true’.

Perry also added, "[Dolly] is such a nice person. She lifts people. You know how we live in a [explicit] world where everyone is always trying to put everybody down? Dolly is an energy."

A few months after their break up, Sara revealed she had a new leading lady in her life. She was dating singer, songwriter, and producer Linda Perry. She did not reveal how they met.

However, Sara explained that after she and Linda were spotted together by the paparazzi, she felt she should announce their relationship and future engagement.

"She goes to her backpack and she pulls out these T-shirts and the first T-Shirt says 'will' and then puts on another T-shirt and it says, 'you,' then 'marry,' 'me,'" Sara recalled on The Talk.

Four years after they started dating, they tied the knot in an intimate ceremony in Malibu, California. Sara recalled the event, saying:  "We decided that we wanted to be together and enjoy people’s company...".

She continued: "...because I think people miss that part of their wedding. We wanted to bring everybody with us down the hill and have this communal feeling."

The couple was already raising Sara's two kids from her previous relationship when they decided they wanted to have a baby of their own. They need it was time to move on to the next step.

Despite having such a tumultuous past when it comes to her relationships, it looks like things have finally settled down for the 'Roseanne' star. Sara's current priority is to spend her time bonding with her family and finishing her son's baby book.

Are you a fan of the talk show celebrity? Share your thoughts with us in the comment section below! And don't forget to share with your other friends, who are also fans of Sara Gilbert and her wonderful family.