Arnie and Sly: A Long-lasting Rivalry That Turned Into Friendship

Arnold Schwarzenegger and Sylvester Stallone are Hollywood legends with spectacular careers and impressive filmographies. Today they have heartwarming relations and they seem to be more than just on-screen colleagues. That’s why it’s so hard to imagine that their relations were quite ruthless in the past. Unbelievably, but Arnie and Sly’s feud lasted for decades and its most violent period was in the 80s. 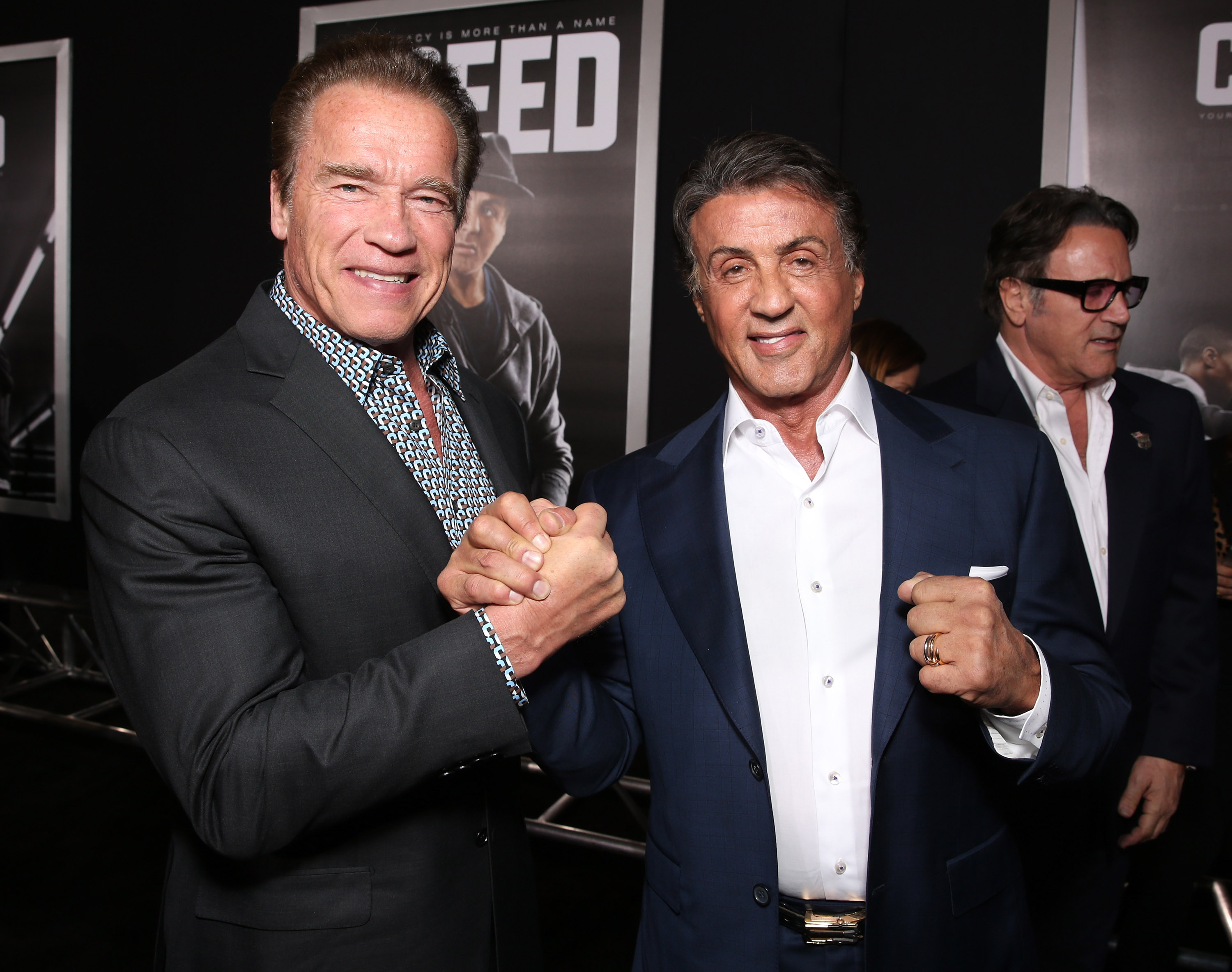 Did Sylvester Stallone throw a flower bowl at Schwarzenegger at the Golden Globes ceremony? Couldn’t they seriously stand each other to the point where they’d even mocked each other in their movies? Spoiler Alert - Yes! And finally, how did Stallone and Schwarzenegger become great friends after their insane rivalry? We’ll tell you all the details about these two Hollywood legends!

So... how did it all start? The story of the “Big Muscle Hate” begins with their very first meeting - the Golden Globes ceremony in 1977. It had to be one of the BIGGEST NIGHTS of Stallone’s life.

Just for some context - Sylvester was a NOBODY in Hollywood before Rocky came out. He was SO poor that the Italian Stallion even agreed to star in a low-budget skin flick! “It was either do that movie or rob, someone, because I was at the end – at the very end – of my rope”, - Stallone told Playboy in 1978.

“Instead of doing something desperate, I worked two days for $200 and got myself out of the bus station”.

So he was there at the Golden Globe ceremony, hanging out, talking to different people and suddenly... he met Arnold… As giant as a rock, with the ridiculous Austrian accent, Arnold greeted Sylvester with a: "Hi! I'm Arnold Schwarzenegger - new talent of the year!". Of course, it made Stallone roll his eyes and ignore that, as-yet-unknown, weird-looking man.

However, that night, Schwarzenegger was ALSO in the Golden Globe race - he was nominated for the prestigious category, “New Star Of The Year” for his role in the movie Stay Hungry. And he actually WON a Golden Globe, while Sly didn’t… 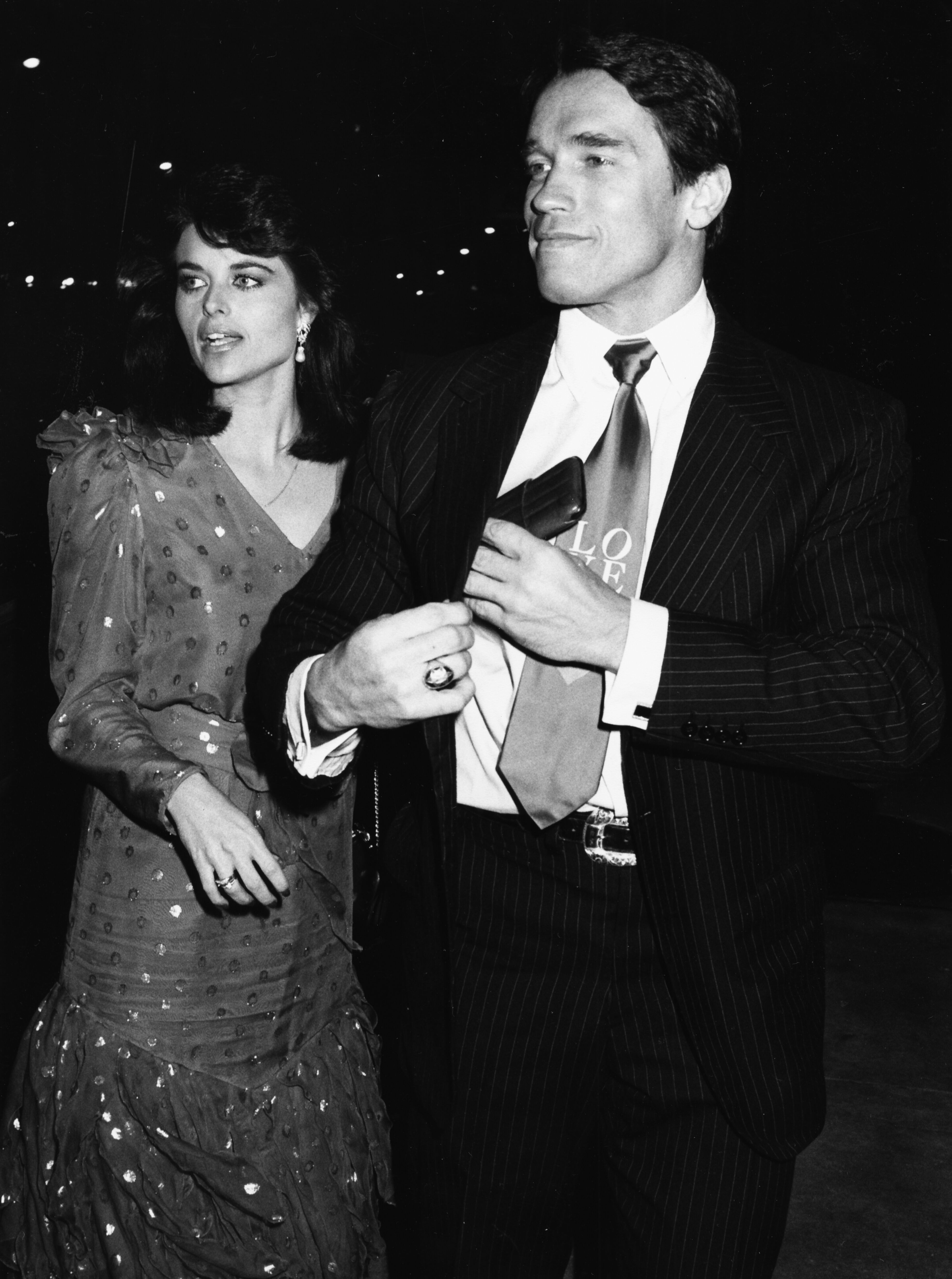 According to Sly, Schwarzenegger gloated over him. Can you imagine Arnold Schwarzenegger laughing at Sylvester Stallone the whole evening, each time the movie Rocky lost its nomination? Stallone just couldn’t stand it - he took a huge bouquet of flowers and... threw it right at Arnold! And that’s how their long term “battle royale” began..

Though their feud lasted for decades its most VIOLENT period was in the 80s. Stallone, in that period, starred in not only Rocky 2, 3 and 4 but also some mind-blowingly explosive action movies like Rambo First Blood, Rambo 2 and 3, Cobra and it seemed that he was at the very top of the game...

But Schwarzenegger did even MORE super-successful blockbusters, trying his hand at some very unexpected genres, like sci-fi, fantasy, and comedy! At a Q&A session in London, he said that the Rambo franchise was his main motivator: “When I saw Rambo II, I saw Sly with his clothes off and he looked totally ripped”, - Arnold said.

“What the --- is he doing in my department? In the Rocky movies, he was athletic and smooth but he wasn’t that ripped. If he thinks he’s stepping into my territory, I’m stepping into his and outdoing him in the movies!”

So Arnold starred in Conan the Barbarian, Conan the Destroyer, The Terminator, Predator, The Running Man, Red Heat, Total Recall and dare we forget, the massive comedy hit with Danny DeVito - Twins. All of these movies came out one by one, each after the other. There were even rumors that Schwarzenegger’s film Commando was an attempt to copy Stallone’s Rambo. That, of course, drove Arnold mad.

In the late 80s, they started to make fun of each other in their movies. And sometimes in a not so pleasant way… Talking about Schwarzenegger’s Twins let’s mention a short episode from it. The one where Arnold’s character walks by a street and notices a Rambo poster… His reaction is priceless!

Of course, Stallone couldn’t simply ignore this scene and just a year later he responded in Tango and Cash. We're not going to lie it was quite an aggressive response… There was an episodic character in a movie that was meant to be Arnold’s caricature. Sylvester meets him in prison and... beats him to a pulp. That scene was probably a gag reference to the rumors that Schwarzenegger had plastic surgery done on his jaw in the 80s. A bit later in the same movie, this caricature-character appears once again… and gets his face smashed one more time! Stallone was obviously imagining himself punching Schwarzenegger at the time… That's kinda harsh don't you think?

“Even our DNA hated each other”, - said Stallone. “Have you ever had that ever? Competition where you really had an arch-enemy that kind of brings out the best in you?” That’s a good question.

Though, sometime later Stallone admitted that - he started to actually like the competition. Arnold would have a bigger gun and Sly would shoot more people on screen. Arnold would get more muscles and burn off more fat and Sly would find new innovative on-screen killings. 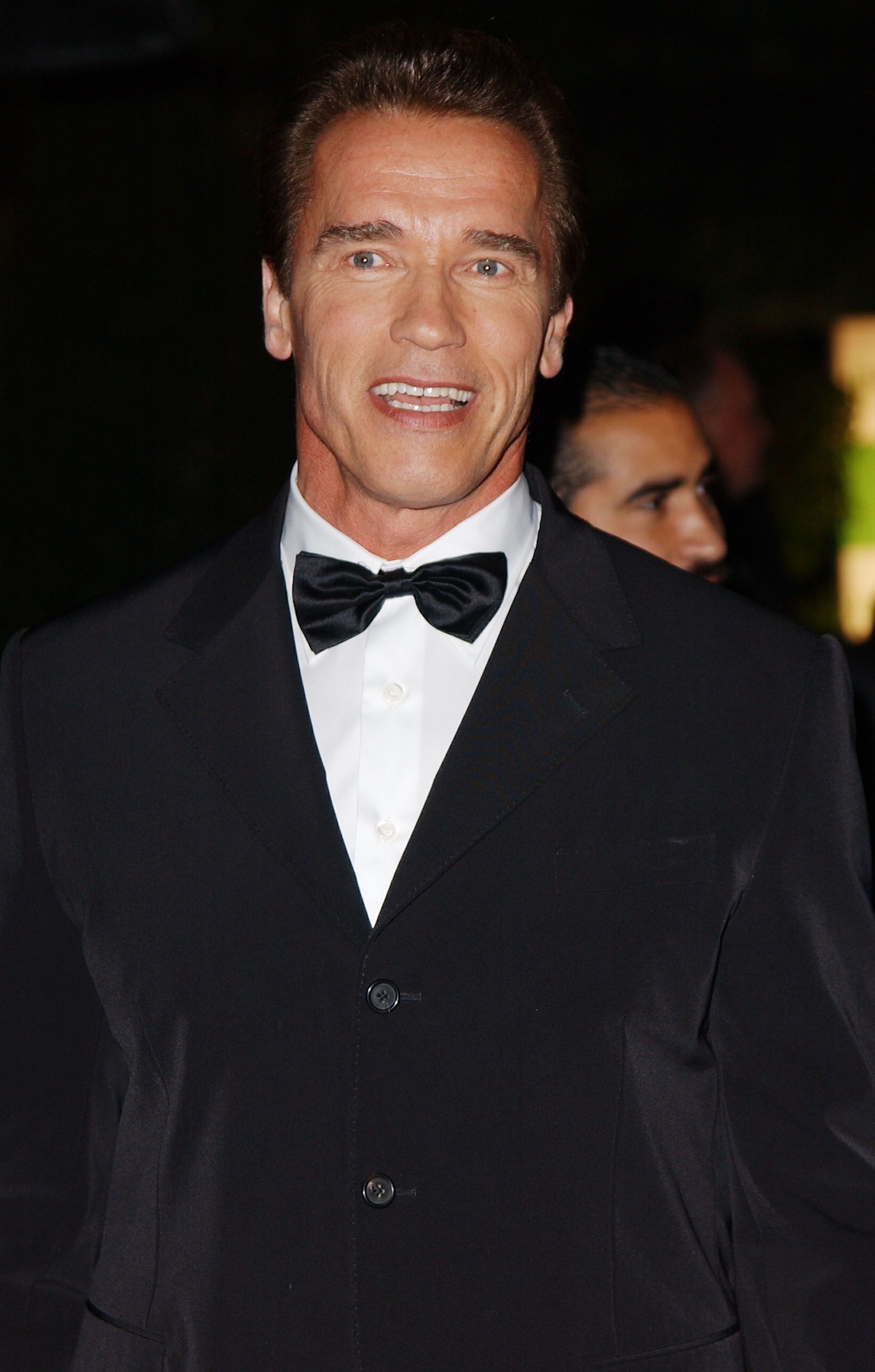 But by the end of the 80s Stallone sort of fell behind in his race with Schwarzenegger. Arnold went into the sci-fi genre and the move was a MASSIVE success. No matter how hard Stallone tried to put up a tent in the sci-fi he couldn’t reach even half of Arnold’s success there. He also kind-of tried to copy Schwarzenegger’s success in comedies but that also didn’t pan out. And here’s why…

In one of Silvester’s recent interviews, he confessed that the biggest regret he had in his entire film career was a movie called: Stop! Or My Mom Will Shoot. Looking back to those days Stallone can’t figure out what made him decide to do it. He’s said dozens of times that he hates the movie. 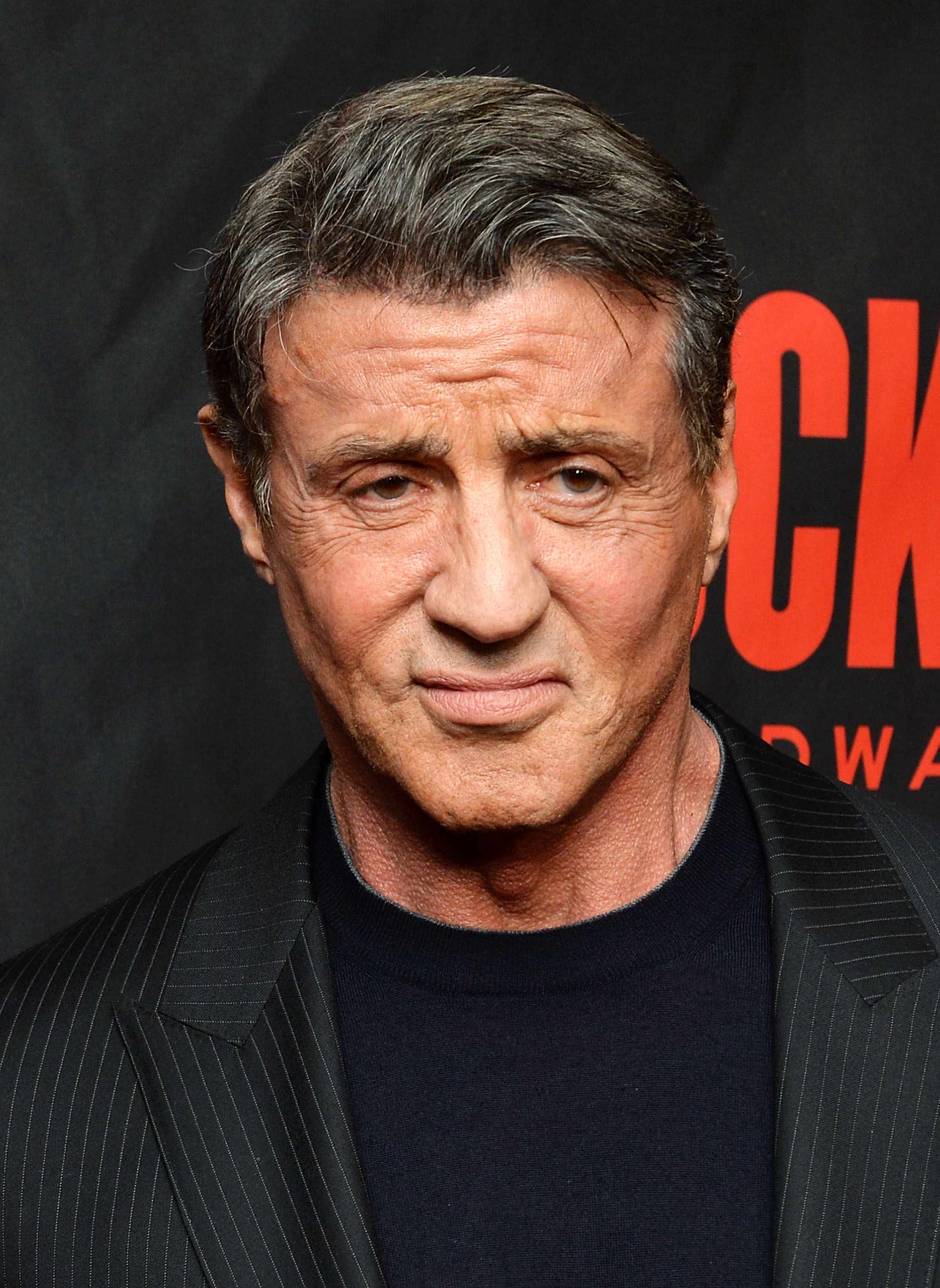 "I made some truly awful movies. Stop! Or My Mom Will Shoot was the worst. If you ever want someone to confess to murder, just make them sit through that film", - he said. And here’s a real gem of a quote from Stalone. He said:

"This may be one of the worst films in the entire solar system, including alien productions we’ve never seen". Well, maybe that’s a little rough… It’s also got Estelle Getty from The Golden Girls in it. It can’t be THAT bad!

Anyway, Stallone, doesn’t mind making fun of himself, which shows he’s got a good sense of humor. But, yeah... it’s DEFINITELY, let’s call it AN OUTLIER for Stallone. So... why did he take the role? The REAL reason why Stallone did it was due to... yep, Arnold Schwarzenegger again. 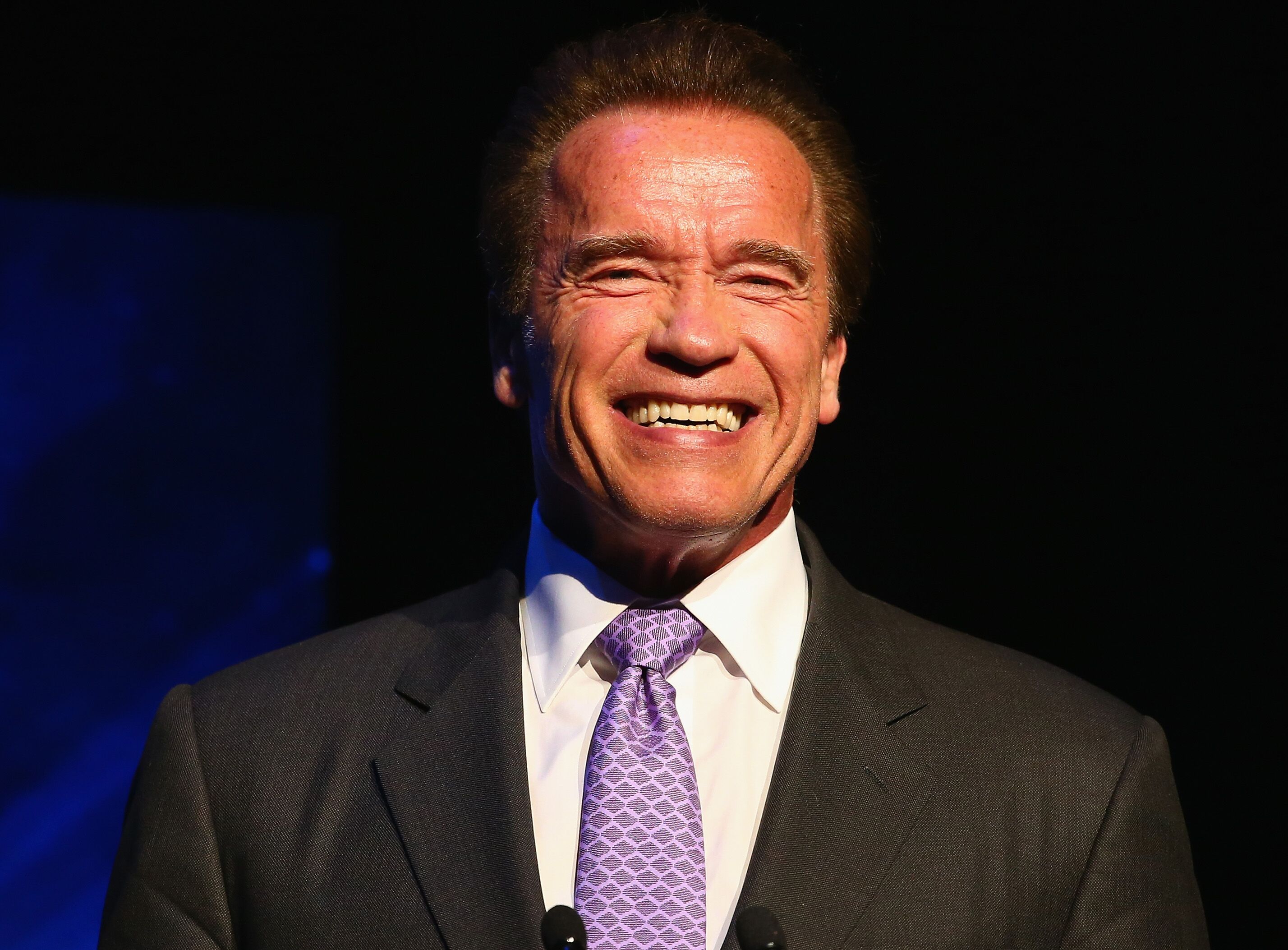 Stallone had heard a rumor that Schwarzenegger was DYING to make this movie and that he would do ANYTHING to star in it. And that was like a ringing bell for Sly - he pulled some strings so that he could get the role and outrun his competitor. But funnily enough - the rumor was spread by none than Arnold himself! He NEVER EVER wanted to take part in Stop! Or My Mom Will Shoot and he was 100% sure the movie would sink. And... he was right - Stop! Or My Mom Will Shoot was A BOX OFFICE DISASTER.

For some reason, people just weren't ready to see Stallone in a comedy role. At least this one. And the critics hated the film too. It has an 8 percent approval rating on Rotten Tomatoes, it’s IMDB rating is 4.3, The Washington Post called it “the worst nightmare”. And it probably wasn’t fun to read a Los Angeles Times review that specifically said that Stallone was trying - and failing - to copy Schwarzenegger’s comedy success in Kindergarten Cop!

So, in terms of their competition, surely Arnold had “terminated” Sylvester at this point right? Well, not really… And it was Arnold’s fault. Because two years after Stop! Or My Mom Will Shoot Schwarzenegger did an even worse movie.

Do you remember his OTHER film with Danny DeVito? It was called Junior? The one where Arnold gets pregnant? That’s right. There was a comedy in Schwarzenegger's career where was a pregnant man. The movie was as much a disaster as Stop Or My Mom Will Shoot. It did horribly at the box office and had horrible critics' reviews. On IMDB, it’s rated a 4.6. Seems like those movies made Arnold and Sly pretty even again, right?

It was maybe at this point of mutually-assured destruction - maybe this breaking point - where the actors decided to lay down their guns. Kind of…

Beginning of a friendship 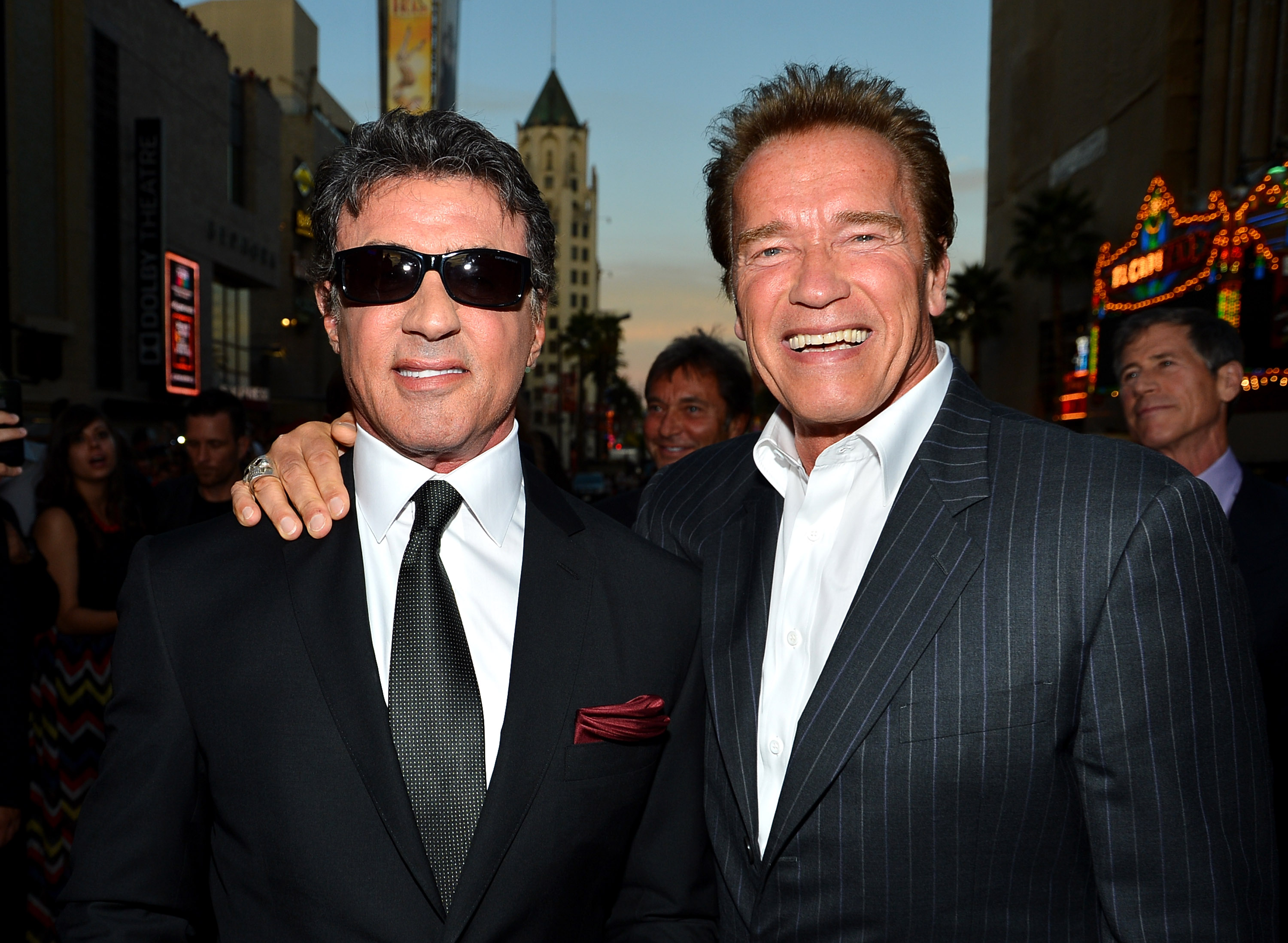 Arnold said in his big speech in New Delhi that he always had a competitive soul. It was just impossible for him to come to terms with the fact that ANYONE on Earth could be better than him. And, it's the same with Stallone. Luckily enough, both action movie heroes were wise enough to stop the madness. After almost 15 years… But still. So what happened?

Did they get bored of hating each other? It was only a matter of time - both actors had gotten older, wiser, and more famous and successful, of course. The movie gags they planed on each other became more and more friendly.

Do you remember the 1993 movie Last Action Hero? There was a scene where Arnold’s character sees a Terminator 2 poster with Stallone’s face instead of his own and… he calls Stallone fantastic and says that his performance was the best ever. Awww, does that mean their feud came to an end? Yep, pretty much so.

Sylvester Stallone said that things completely changed when Arnold Schwarzenegger was elected Governor. Since then - he started inviting Stallone to events. Hmmmm...

Today both actors just laugh about their competition. You can now see how much respect they have for each other, it's quite endearing! Just look at these photos where they were spotted dancing together at Cannes.

Or watch Arnold’s video message where he makes fun of Sly- comparing testosterone levels using the size of their character’s knives! And then he wishes him good luck with the new Rambo movie.

And finally - look at this picture taken from the hospital! Schwarzenegger posted it on the internet saying: “After all the action, stunts and physical abuse shooting The Expendables 2 and The Last Stand, it was time for a little tune-up on my shoulder".

Back in the 80s, it was ABSOLUTELY IMPOSSIBLE to even imagine that Sylvester Stallone and Arnold Schwarzenegger would star together in the same movie. But. It's. Happened. And not just once. But four times! Yep, they did Escape Plan, and Expendables 1, 2, and 3.

So, it seems that friendship won the day right? And a good thing too! Can you imagine the two of them going head to head? We certainly wouldn’t want to be caught in the crossfire! The two really defined the action movie genre, and in no small part due to their competition with each other.