Starting my days off with a cup of coffee and my favorite ‘Good Morning America’ anchors has become an almost sacred routine. And I’m sure that millions of Americans can relate! With an incredible amount of viewers tuning in every single day, the nation’s morning show provides us with breaking news, celebrity interviews, in-depth report, and much more. However, the scenes backstage are quite different. From marriages, divorces, to behind the scenes scandals, the lives of our anchors are, sometimes, even more entertaining than the show they host. Apparently, Robach needs a little more "hard work" on the show, though! In August 2016, she found herself in hot water when she used the racial slur "colored people." She was discussing a report on the controversy over casting actress Zendaya to play Mary Jane in 2017's Spider-Man: Homecoming. Robach apologized later that day, calling it a "mistake." She told The Associated Press that she meant to say "people of color" and that what she said was "not at all a reflection of how I feel or speak in my everyday life." 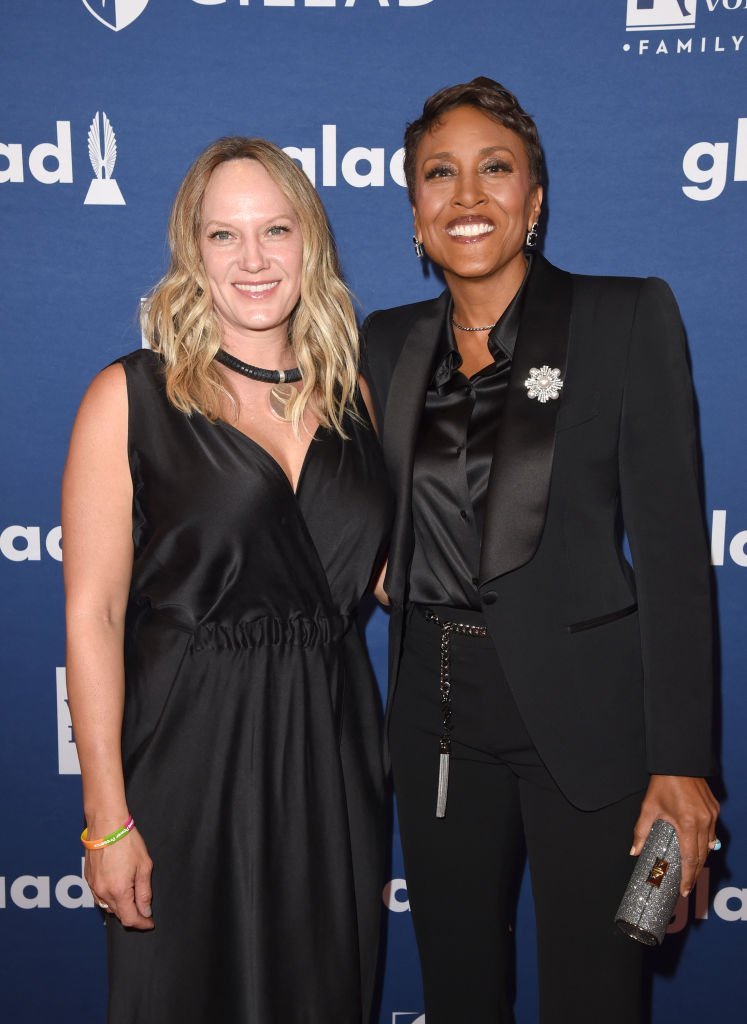 Roberts said waiting to come out had a lot to do with protecting her girlfriend's privacy. "News flash: Some people like their anonymity," she said. "This is what's right for me. Love is love, and I'm grateful to have that. Sometimes there's a stigma attached to how people view you if you're living a certain way.

But I don't care; you gotta live your life. You gotta find what happiness is and what it means for you, and you can't get caught up in what someone is saying about you on Twitter. You don't go through a year like I did to not be happy and not make your own choices." Myelodysplastic syndrome wasn't the only hardship Roberts faced. A 43-year-old man named Troy Warren went to the 'Good Morning America' studios and threatened Roberts! Warren reportedly told GMA's security director that the co-host owed him money, saying, "When I see her, I'm going to punch her in the face." He was arrested on the scene. According to Page Six, Warren visited the studio eight times between June 10 and June 24 of that year. 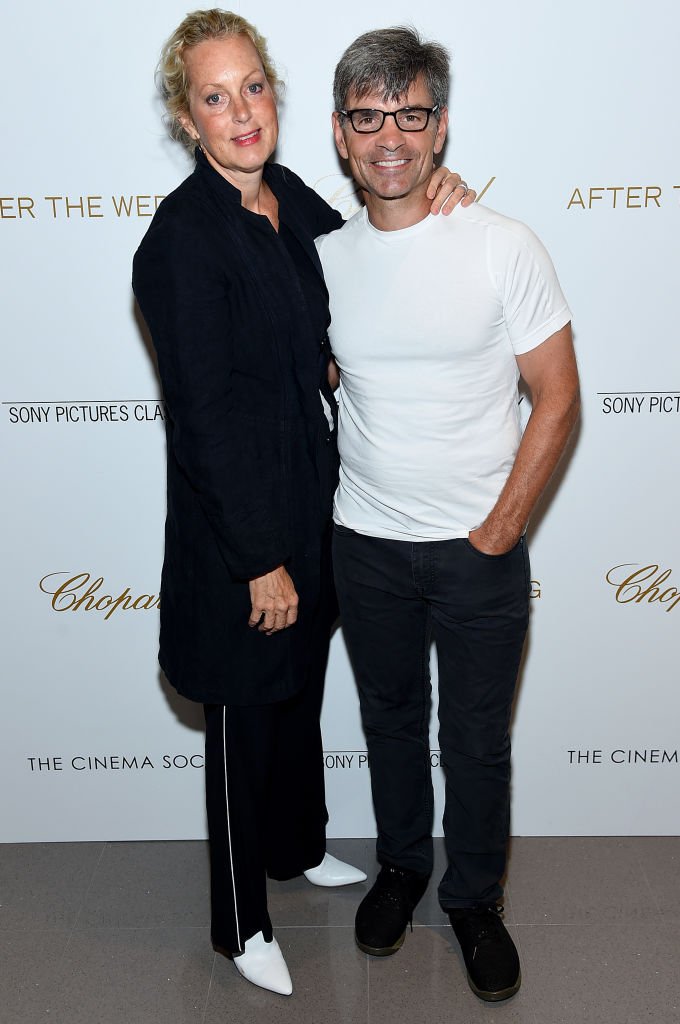 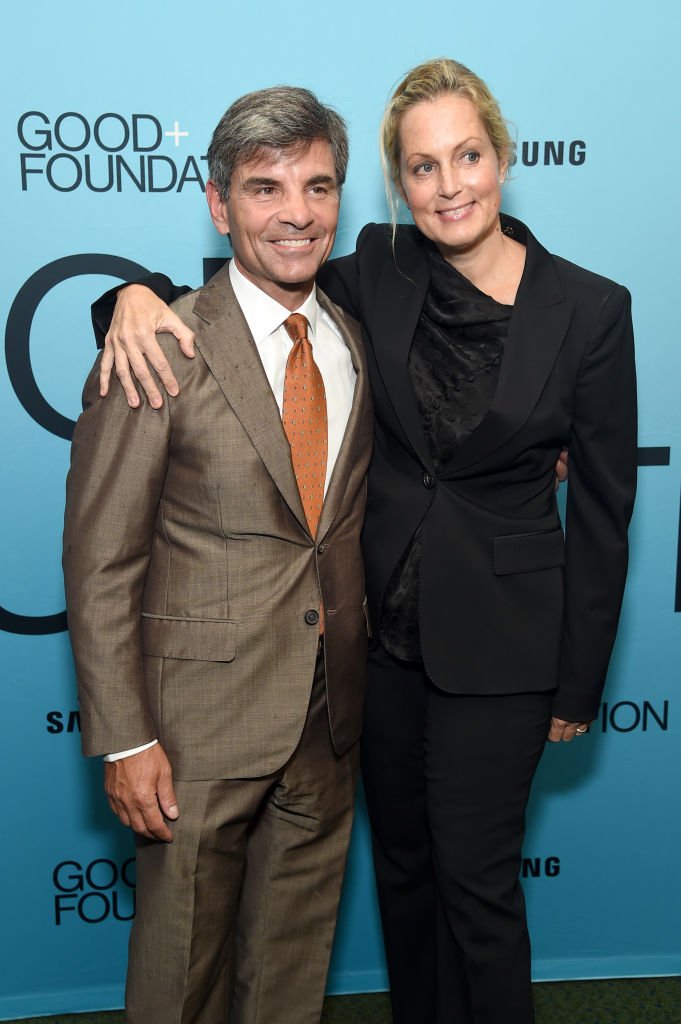 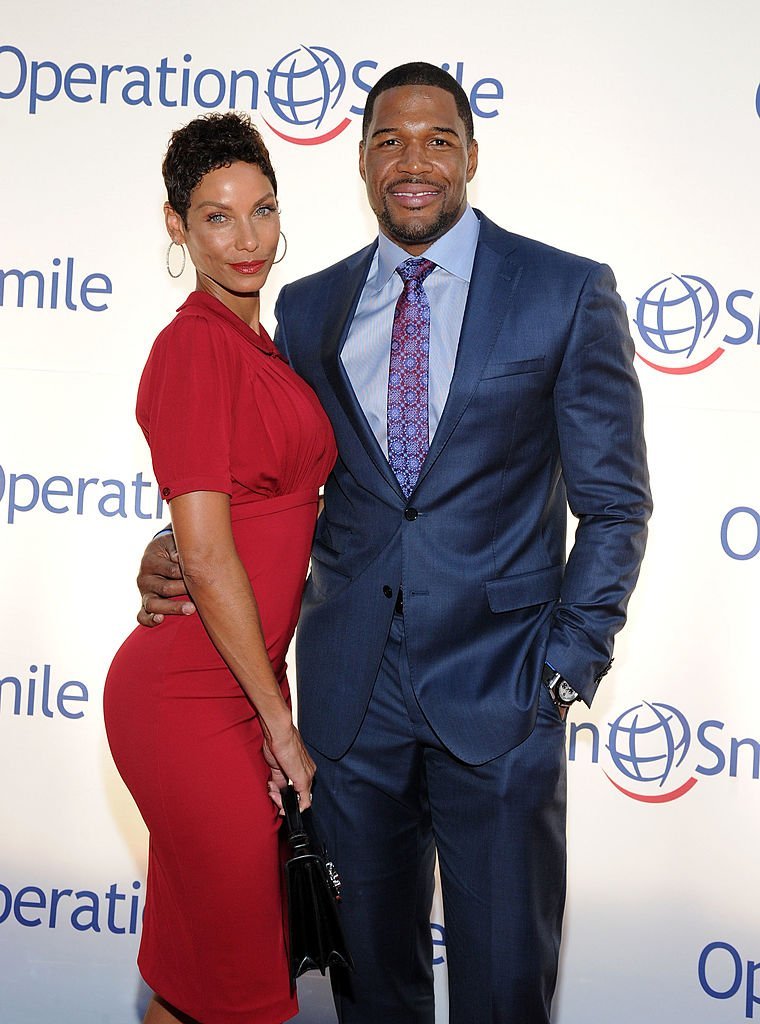 Strahan's relationships aren't the only area of his life suffering from complications. His acrimonious departure from Live! with Kelly and Michael to work for 'Good Morning America' in 2016 was mishandled from the beginning. Co-host Kelly Ripa reportedly felt so blindsided by news of Strahan's departure — finding out right before the rest of the world — that she immediately left, leaving her partner high and dry to announce his exit on the air without her. When she returned to work, Ripa delivered a now-famous opening monologue about "respect in the workplace." Signs of tension on the GMA set leaked in 2014 when ABC allegedly buried news of Spencer's promotion in an internal memo. The network allegedly gave Spencer a title bump to keep her happy after her colleague (and rumored rival), Amy Robach, was promoted a few weeks prior. The network supposedly couldn't make a big deal out of it because "[Robin Rberts] can be quite a diva, and GMA didn't want to ruffle her feathers," TMZ reported. That could explain why the memo referred to Roberts as "the captain of our team." 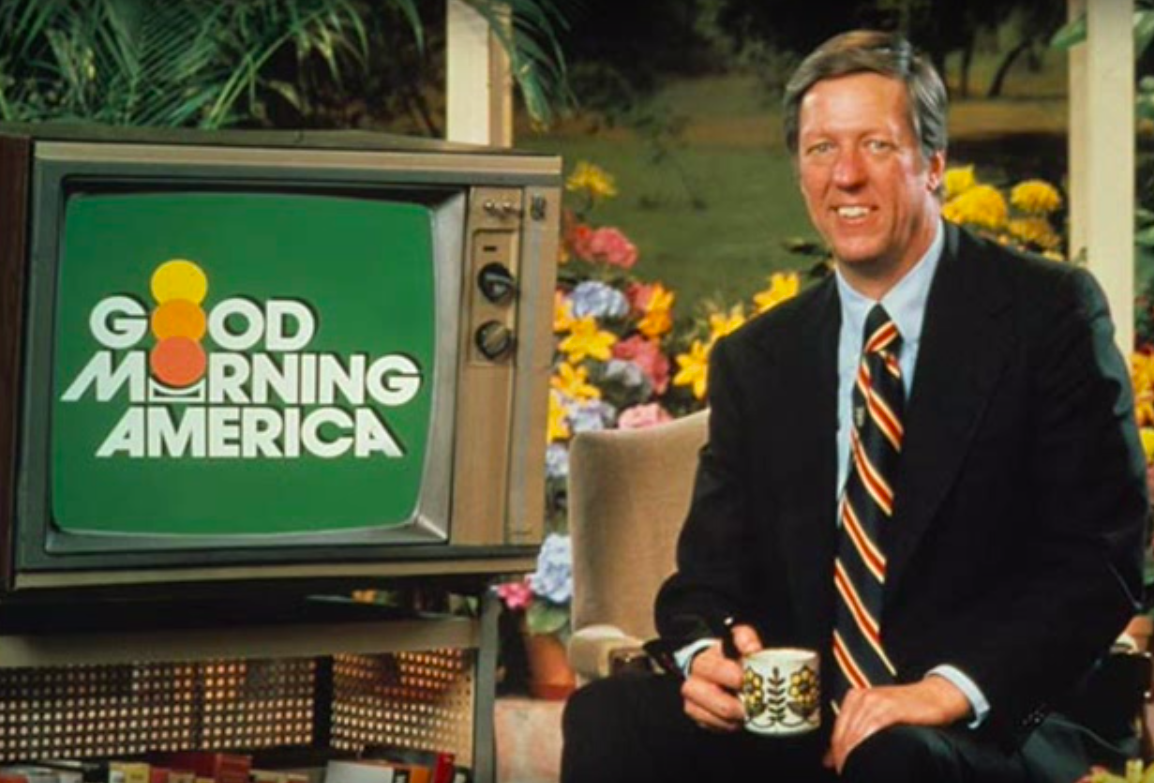 David married Maureen Downey from 1974. They were together until she passed away in 1997. In 2001, Hartman found love again and married a widowed homemaker, Mary Clark Putman. The ex-host has four children from his previous marriage. Lunden married Michael A. Krauss in 1978, which ultimately ended in divorce in 1992. The former couple has three daughters - Jamie Beryl Krauss, Lindsay Leigh Krauss, and Sarah Emily Krauss. In 2000, Lunden remarried to the owner of Camp Takajo, Jeff Konigsberg. They have four children together - two sets of twins (Jack, Kim, Kate, and Mac). 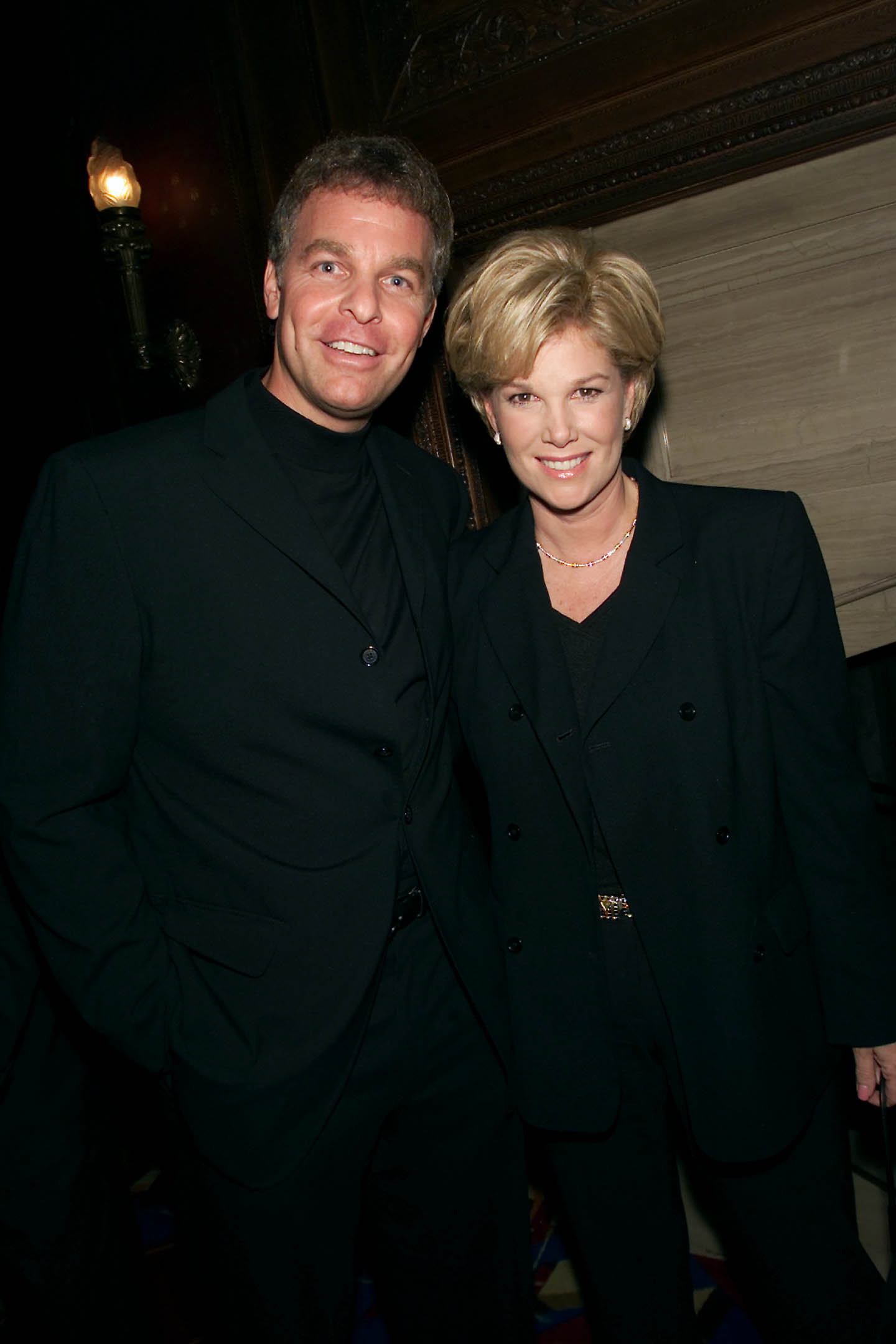 For over 15 years, Lunden, alongside co-anchor Charlie Gibson, helped make 'Good Morning America' the most top-rated in the morning lineup. However, when ratings began to drop in the late '90s, Lunden announced that she was leaving the show and would be replaced by the younger Lisa McRee. According to Lunden, her departure was due to her wanting to spend more time with her kids. Speaking of Lunden's unfortunate fate with GMA, Gibson was affected by it as well. Hosting alongside Joan since 1985, Kevin Newman replaced Gibson in 1997. After their departure, GMA slowly began losing viewers to NBC's 'Today Show.' 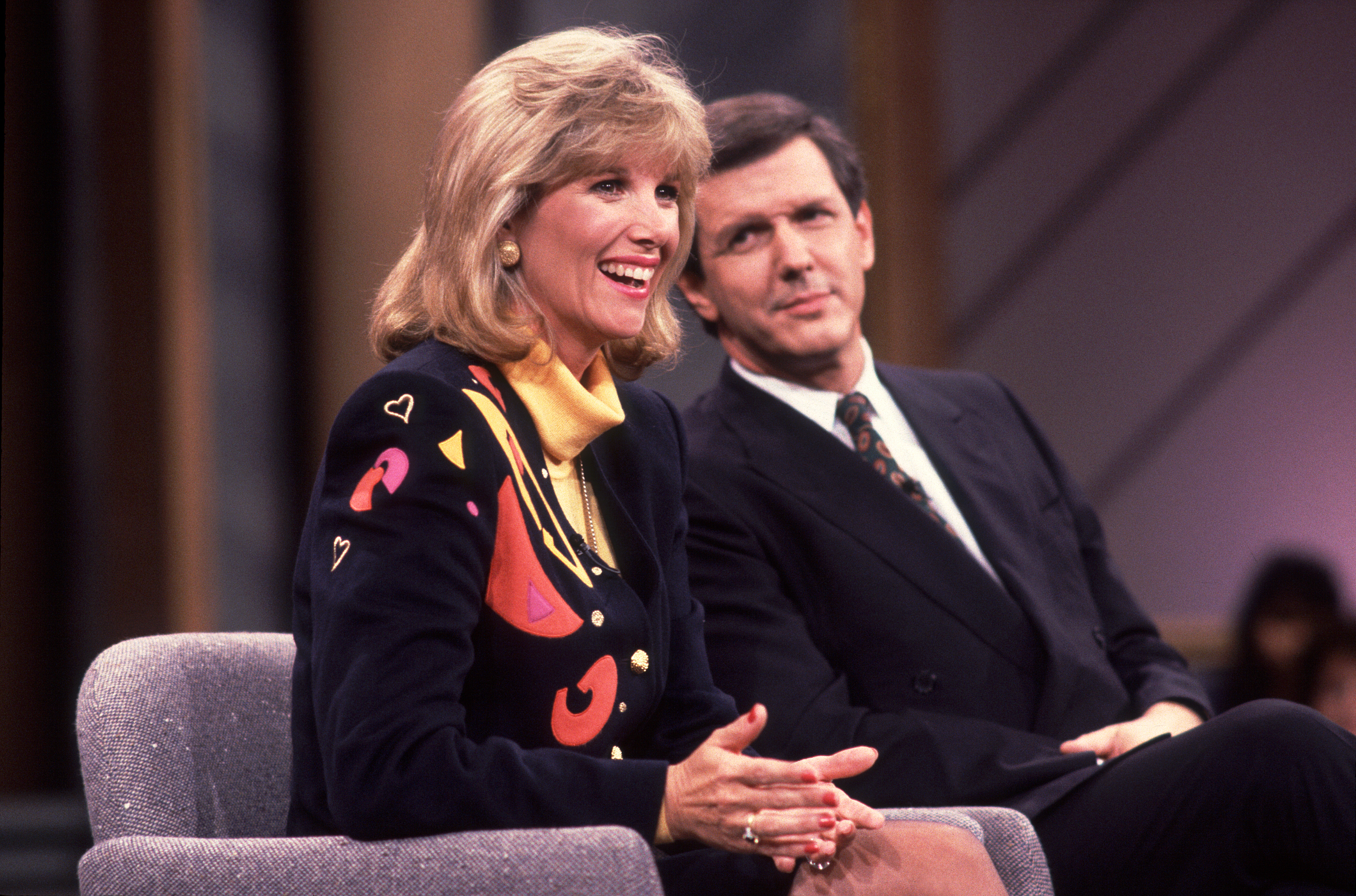