Sissy Spacek got more than she bargained for with a successful acting career. However, little did she know she'll have a more successful marital life. Sissy's marriage to Jack Fisk blossomed over the course of four decades. Despite their initial skepticism about the institution of marriage (which involved paying for a divorce beforehand), Sissy and Jack still bonded over their shared outlook on life, and that is what makes them such an exemplary couple. If you are curious about Sissy and Jack's phenomenal marriage and what she is up to years after  all you need to know is here! Despite the numerous awards and great fame that Spacek has achieved, the successful actress still doesn't call Hollywood her home. Unlike most celebrities, Sissy's happiness lies in the simplicity and ease of her Virginia hometown. Speaking to Closer Weekly about her hometown, the actress said:

“For 40 years, I’ve lived on a farm in Virginia and raised my children there. That’s what I experienced as a child, that’s what gave me stability." She credited her farm life for giving her the ultimate human experience.

"I’m able to get away from all the noise and work on my garden in my pajamas. I love to sit on the porch with my battery-operated blower [fan] that I got for Mother’s Day. It’s the human experience, and we are all human, after all.” 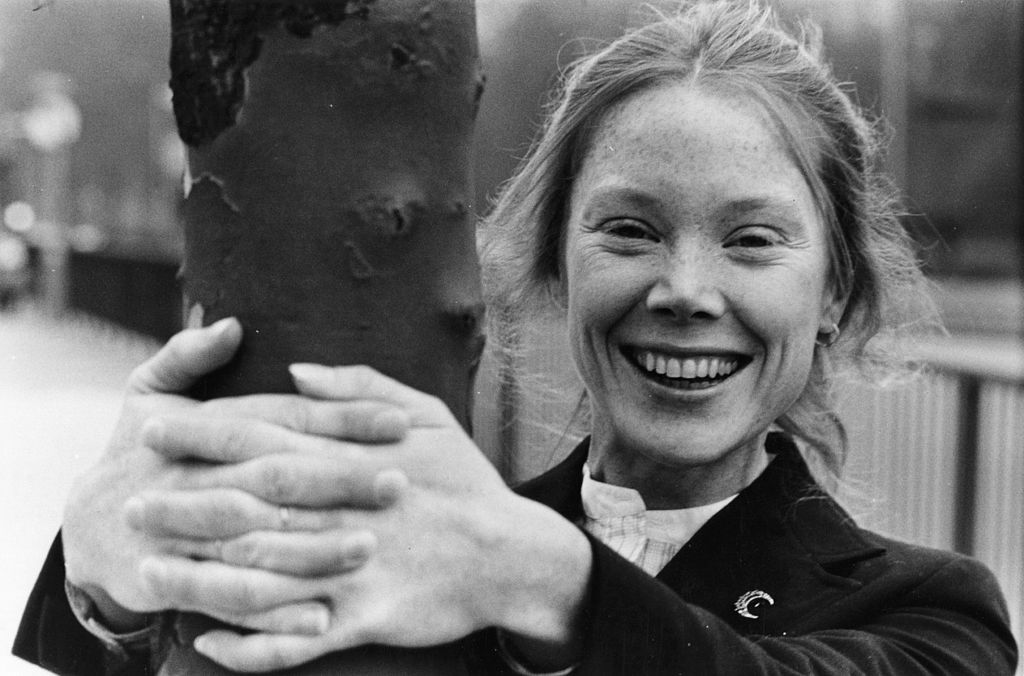 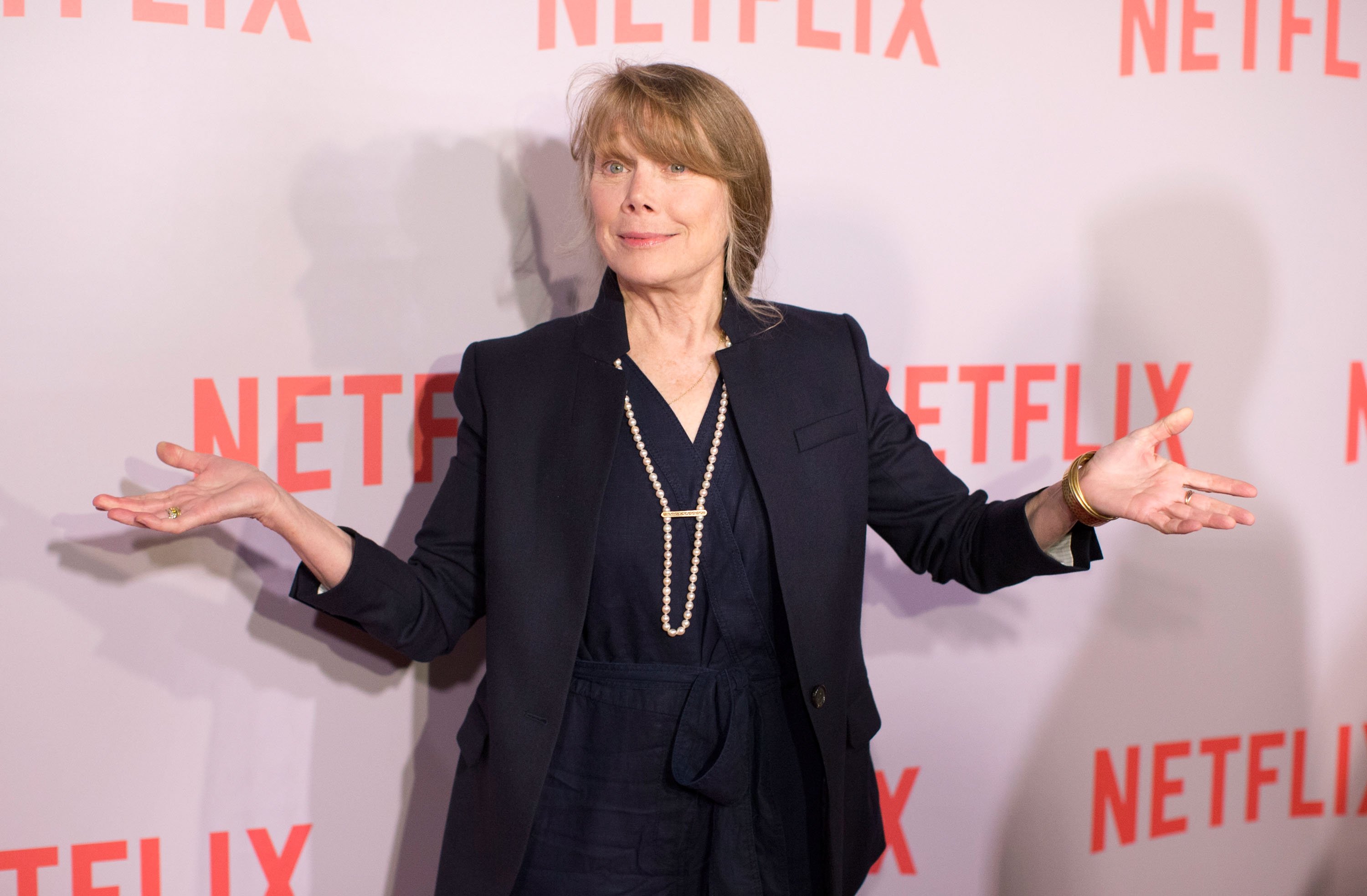 After meeting John Fisk on set for "Badlands," Sissy walked down the aisle a year later dressed in jeans and with their dog as their only witness. The lovebirds tied the knot in a small chapel in California in 1974. Not expecting their union to last, the couple opened a bank account and deposited $30 in it because that's what divorce cost back then.

In 1973, Sissy Spacek met Jack Fisk on set for a film titled "Badlands," by Terrence Malick, where she played the role of Carol Ann Fugate. A year later, the couple got married and have two beautiful children together. Madison Fisk, one of the daughters, is a famous painter, while Schuyler Fisk is an actress. John Fisk, a native of Canton, Illinois, was born on December 19, 1946, and is a famous American designer and production designer. Jack has teamed up with designers like Terrence Malick to create amazing designs for "Badlands." In 2015, the designer won an Academy Award nomination for Best Production Design in a film titled "The Revenant." 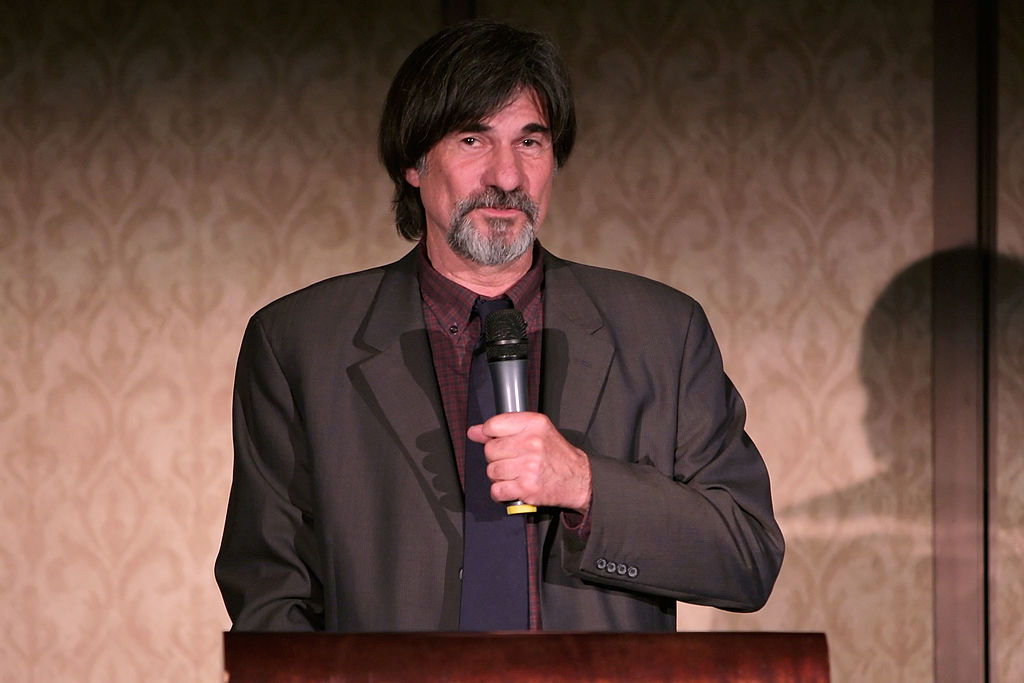 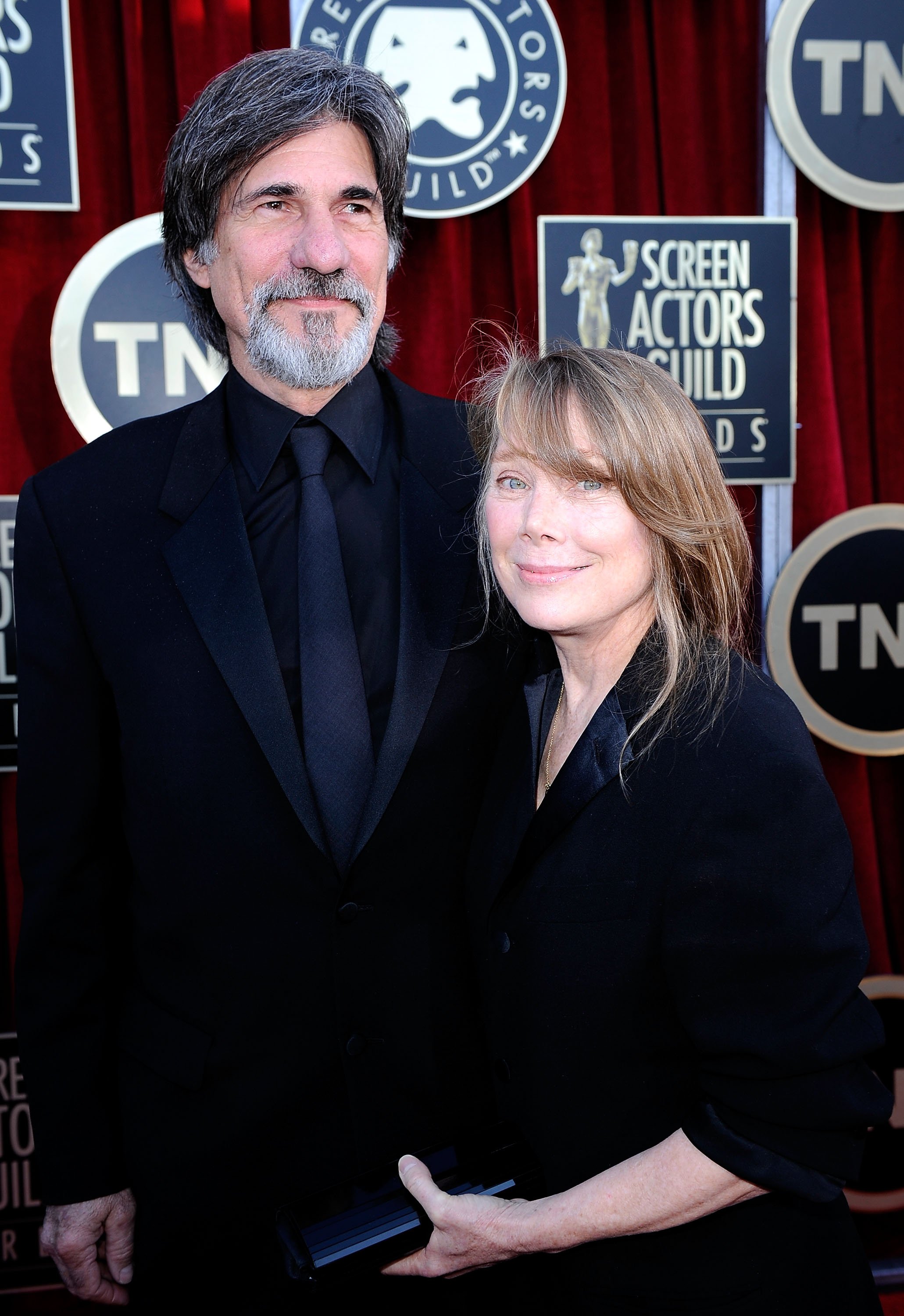 The year 1981 also had a few surprises in store. Sissy decided, after featuring in nine successful films, and at the height of her career, to stop and smell the flowers of central Virginia, quite literally. The couple purchased a 210-acre horse farm and moved out to the country after selling their Topanga Canyon home in an attempt to bring more balance to their lives. 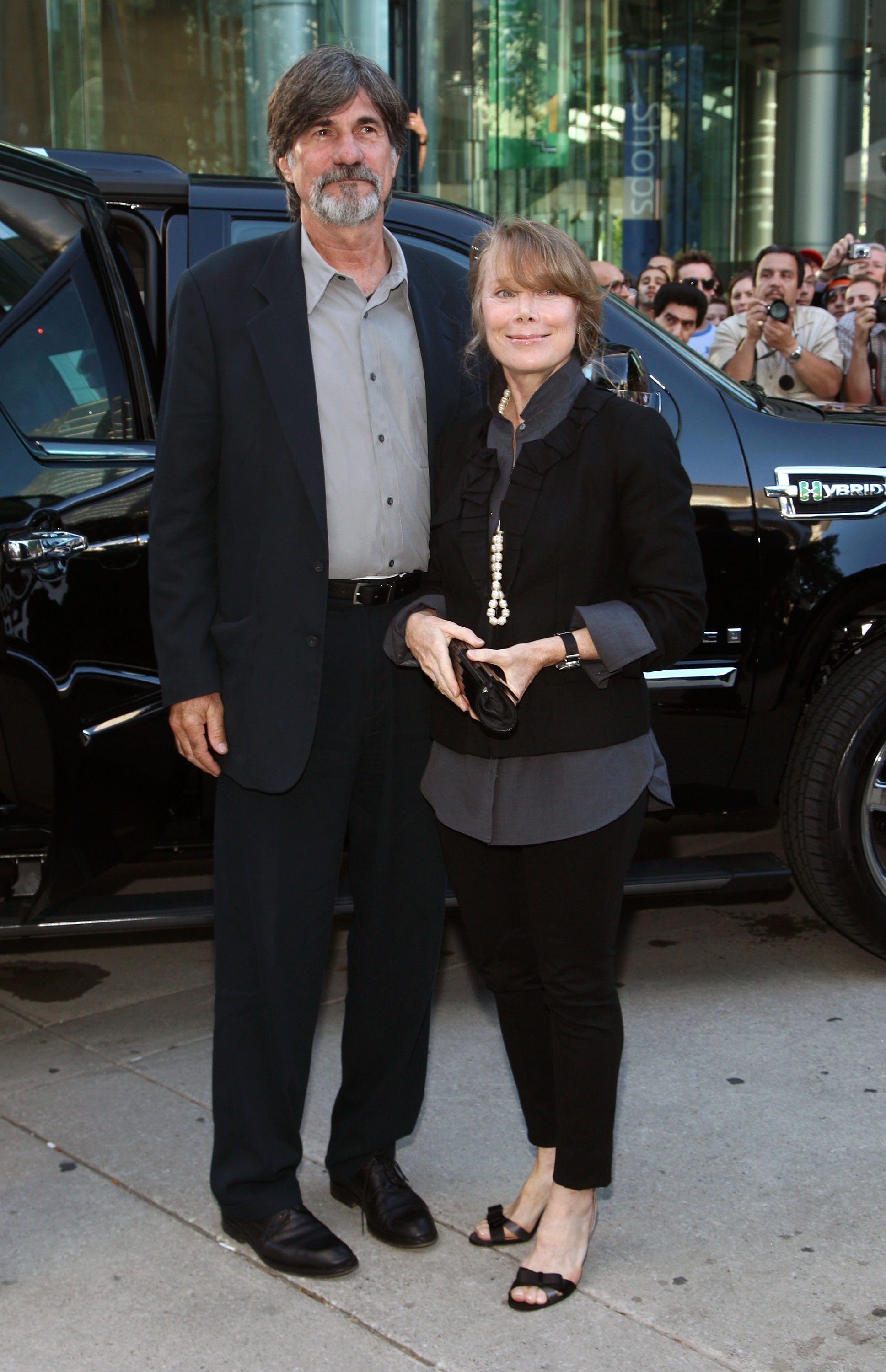 THE SECRET TO THEIR MARRIAGE

Unlike most relationships in the spotlight, Sissy and Fisk have managed to keep the fire of their love burning for 45 beautiful years. Despite planning for a divorce from the start, the lovebirds have stayed away from using their $30, and we can't help but wonder what has kept them going so strong. When asked about the secret to their long-lasting union, the 'Carrie' star said she is still trying to figure it out. “I wish I could tell you. He’s got this really fabulous sense of humor — actually, it’s so bad that it’s good — and he’s the most creative person I’ve ever met. A lot of it is just luck. We met on 1973’s ‘Badlands.’ I remember looking around and thinking, ‘OK, who’s the cutest one here?’ He was definitely the cutest.”

Sissy took the prediction with a pinch of salt; after all, she had no plans on getting pregnant, and if the actress wanted to have a child, she would decide when it would happen, and not a psychic. But much to Sissy's amazement, the prediction came true, and on July 8, 1982, she gave birth to her first daughter with Jack, Schuyler Elizabeth Fisk. 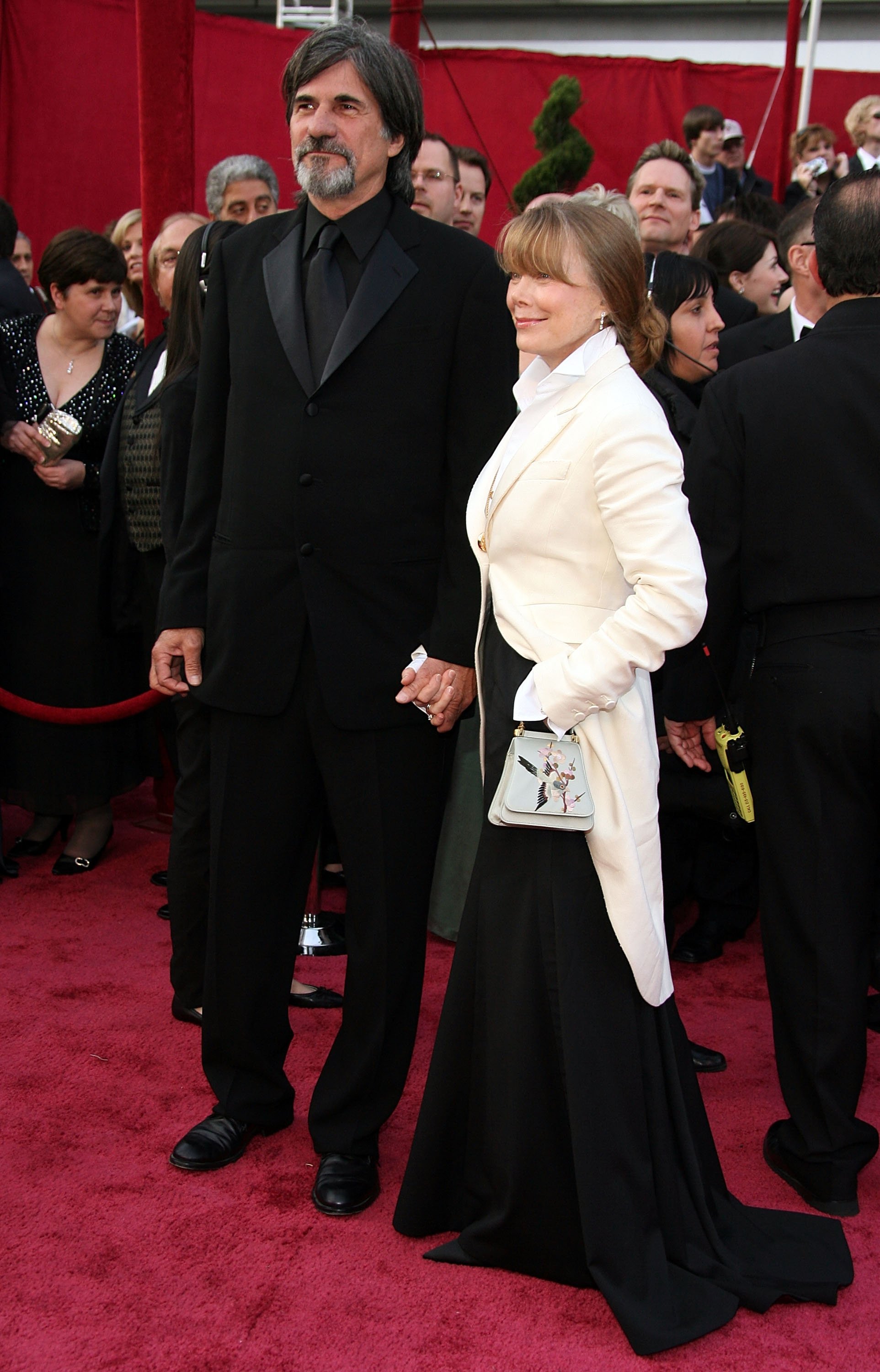 Sadly, while still pregnant with Schuyler, Sissy's mother died of cancer at the age of 63. After mourning the loss of her mother and dealing with sleepless nights, diaper rash, teething, and all the other things that come part in parcel with a newborn, other problems pale in comparison as Sissy added, "Nothing freaks me out now." In between her career obligations, Sissy became a homebody as she went grocery shopping, took care of laundry, and assisted with the training of 25 thoroughbred. 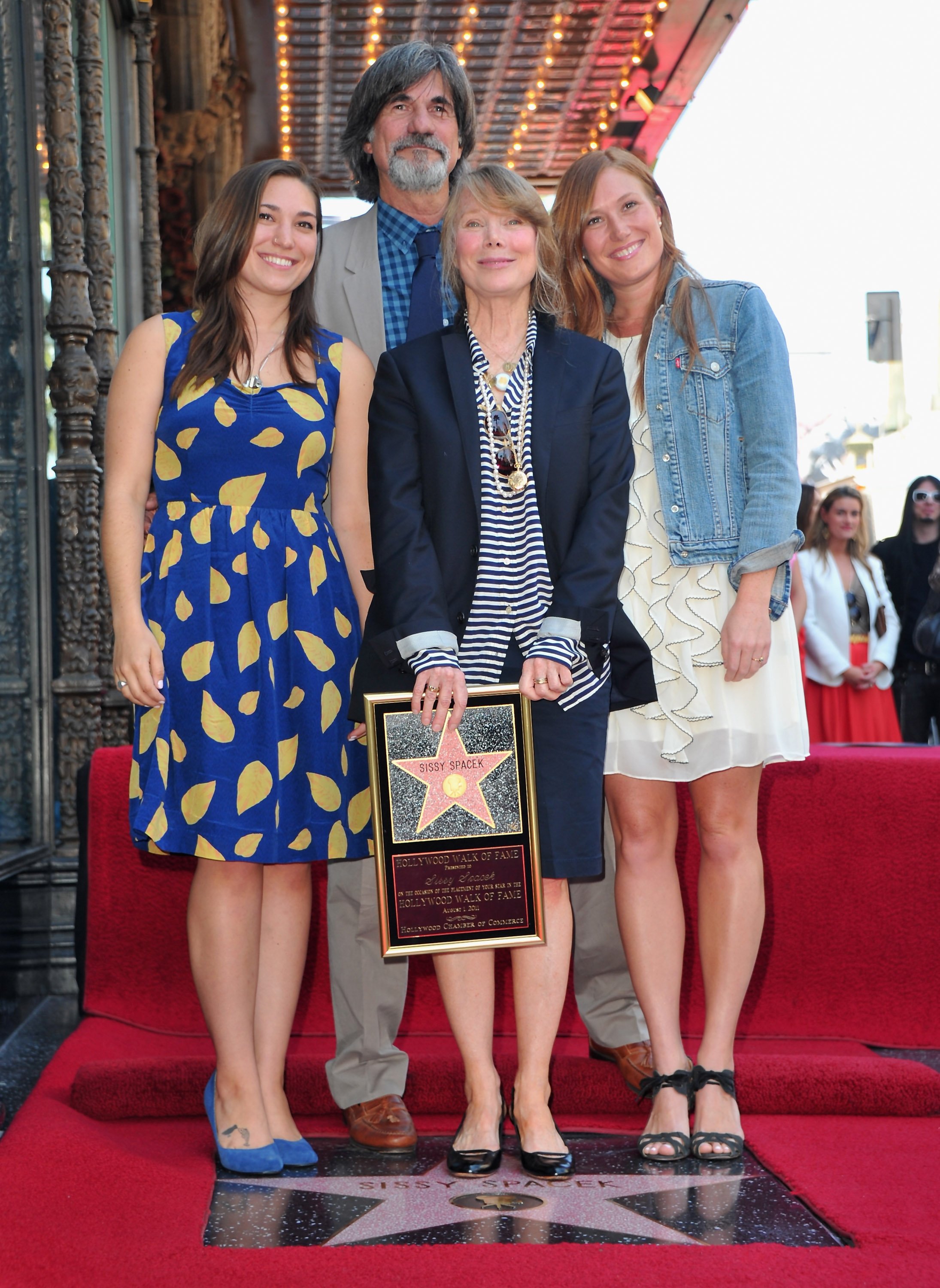 Jack and Sissy worked together again in the 1986 film "Violets Are Blue," and the couple welcomed their second daughter, Madison two years later on September 21, 1988. Not many couples have it easy working together, especially when one of them is the boss. However,  with Sissy and John, the opposite is the case.

Working together comes naturally to Sissy and Jack, and while they count themselves lucky, the couple makes sure to enjoy life.  According to the couple, the one thing that has kept them in a smooth relationship, especially at work, is that they share similar views and interests on most issues. They may sometimes see things from different angles, but the fact that they can reason with one another makes their relationship amazing. 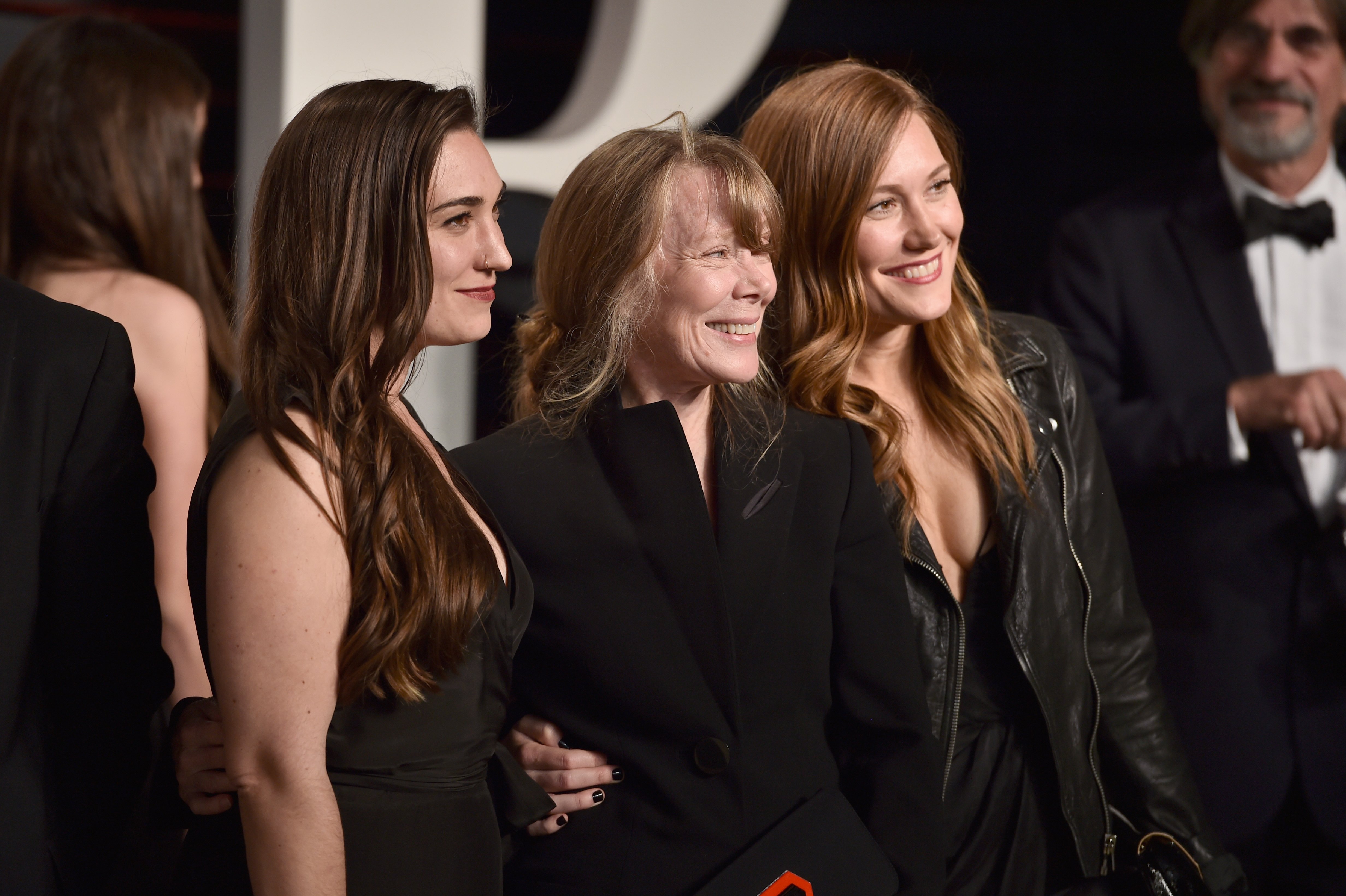 "First, we met working together, and throughout the 1970s, we just did almost every film together. We really supported one another, and we really understood the business. It was what brought us together. And we were passionate about the same things, including movie-making. And that's something that we continue to share." In October 2018, the Oscar-winning actress accepted the CMT Artist Of A Lifetime Award on behalf of the legendary singer, Loretta Lynn, who she portrayed in her autobiographical film, "Coal Miner's Daughter." Sissy and Loretta formed a strong friendship over the years, and due to health reasons, the 86-year-old could not receive the award in person. When Sissy took to the stage to accept the award on Loretta's behalf, the audience teared up as the actress delivered an emotional speech that had even her fighting back tears. 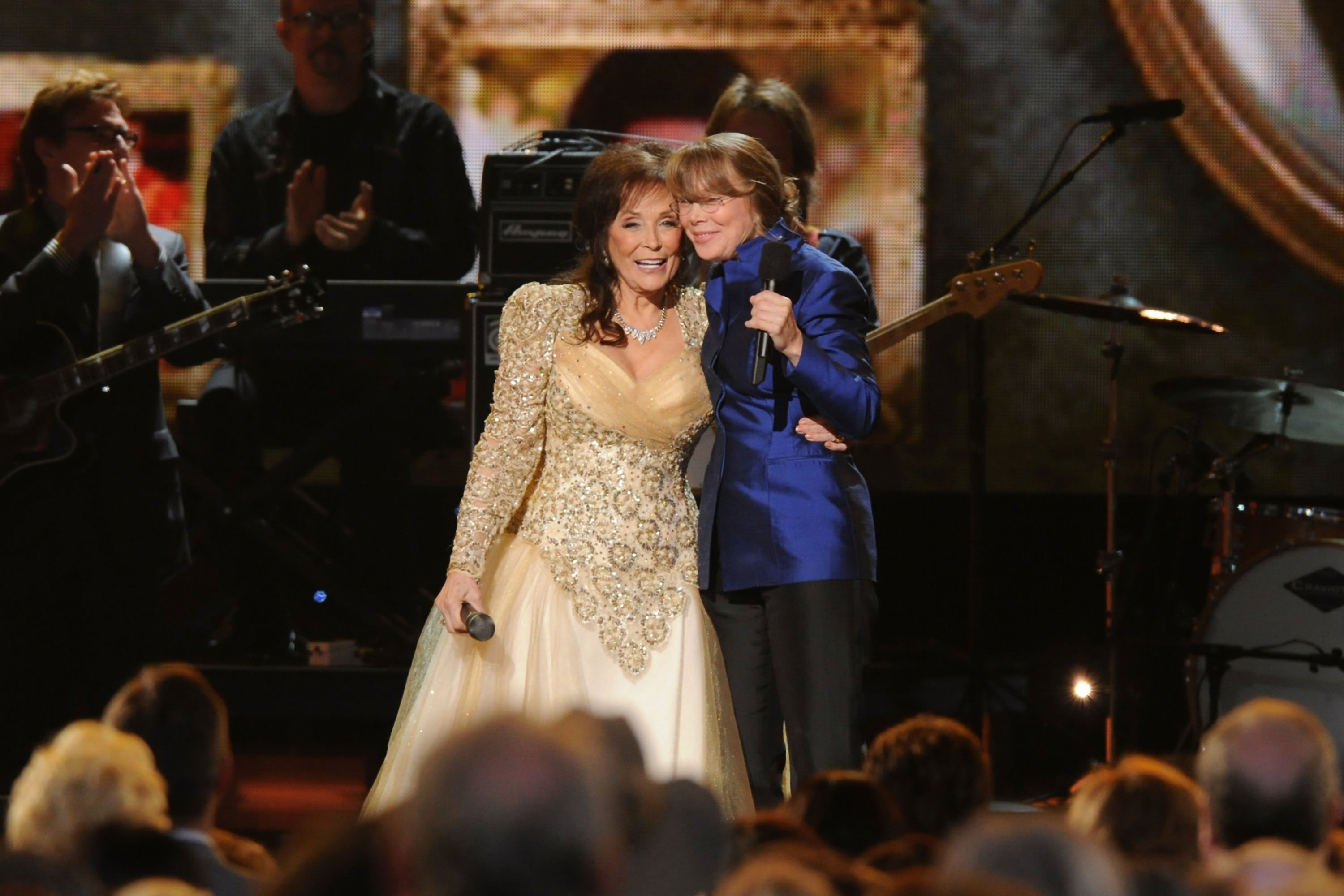 Despite being 69, Sissy is not slowing down when it comes to her career. Even though it has been 40 years since Spacek rose to fame with her groundbreaking performance as the telekinetic teenager in the Stephen King movie, 'Carrie,' the actress proves that her talent only gets better with age. She once again reunited with King in Hulu's new series, 'Castle Rock.' The psychological thriller is based on characters, themes, and stories of King and his fictional town Castle Rock, Maine.

In the series, Sissy plays the role of Ruth Deaver, the estranged adoptive mother of the main character, Henry Matthew Deaver, and a lifelong Castle Rock resident whose battle with dementia makes her reveal secrets about the town's dark past. As expected, Sissy's performance in the thriller series has been described as "one of the best performances of her career" by Primetimer because of her watchfulness and attention to detail.