It’s time to get to know our favorite celebrities more personally! The first season of Stranger Things was streamed in July 2016 and since then all the characters have grown up and are now ready for serious relationships. Who are they dating IRL? Who has the most impressive list of ex-lovers? Who is still single?

And also, how much money do they make? How have their salaries increased over time? Who has the highest income? Get ready for the surprises! 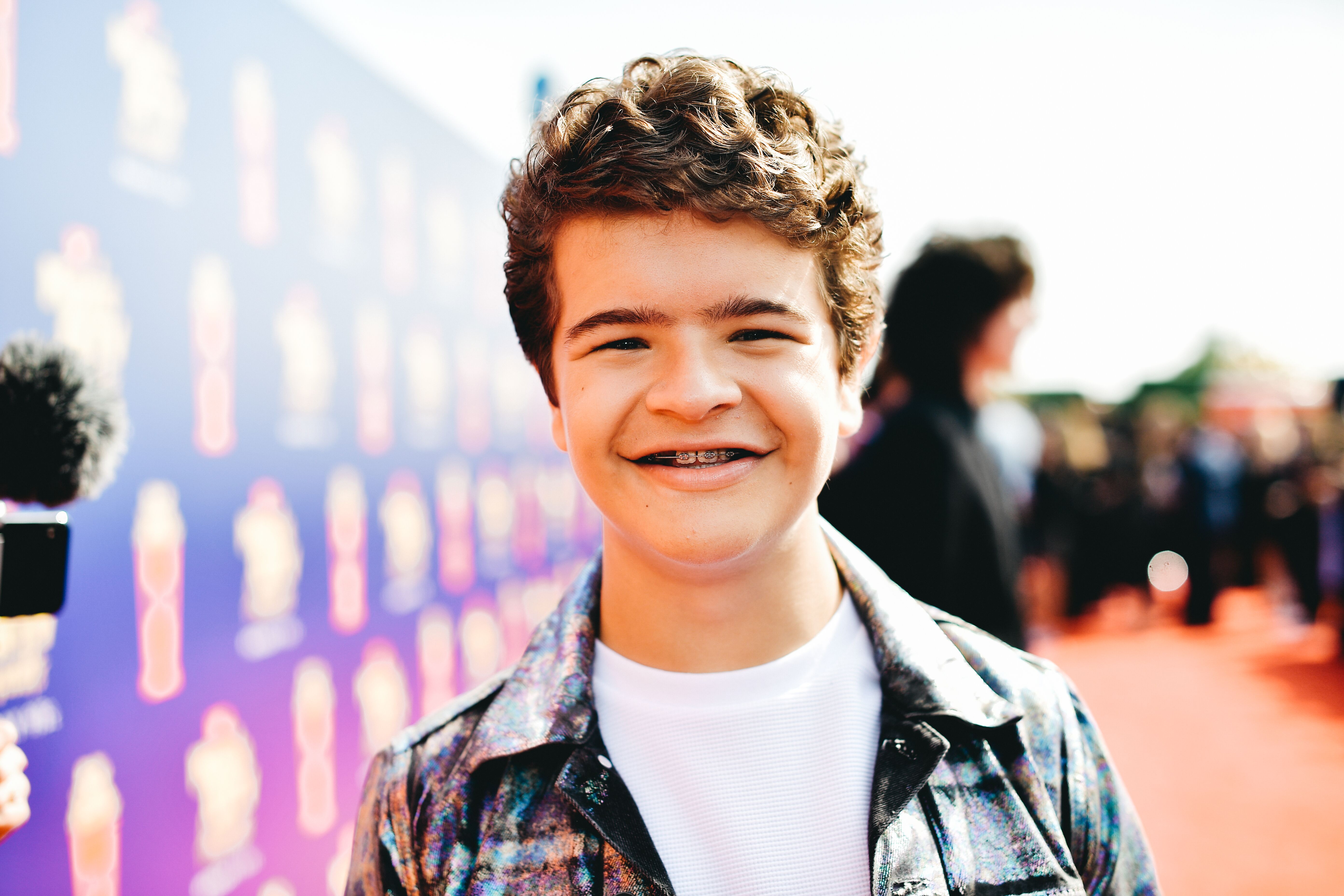 What about everyone’s favorite Dusty-bun, huh? Is Gaten taken as well? On March 5, 2019, he posted the sweetest photo on Instagram and captioned it:

"I can't believe that I've been with this gorgeous girl for an entire year. It feels like our first date was yesterday but it also feels like it's been ten years. I love you so much and I don't think that there is any other way i would've wanted to spend this last year."

That’s right, Gaten Matarazzo went official about his relationship with American actress and musical theater performer Lizzy Yu, confirming all the rumors about their romance that have been flowing around for almost a year.

Gaten made a post on his Instagram in June 2018 leaving a clue that he might be in a relationship with Lizzy Yu. The couple probably needed some time before making any public statements.

This young teen has won the hearts of millions! Before Stranger Things, Matarazzo was best known for his career on Broadway as Benjamin in Priscilla, Queen of the Desert, and as Gavroche in Les Misérables. He started the series with only $20,000 per episode and finished season 3 with a $250,000 salary per episode! Of course, Stranger Things isn't the only project Gaten is in.

The actor will also voice a character named Rami in the upcoming film Hump about a camel who goes on a journey across the Arabian desert.

Finally, his sponsorships with major businesses like Verizon Fios and Old Navy could be Gaten's biggest source of income. You've probably seen him in commercials for these companies because they seem to always be on television. All of Gaten's hard work is paying off because the young star is reportedly worth $4 million! 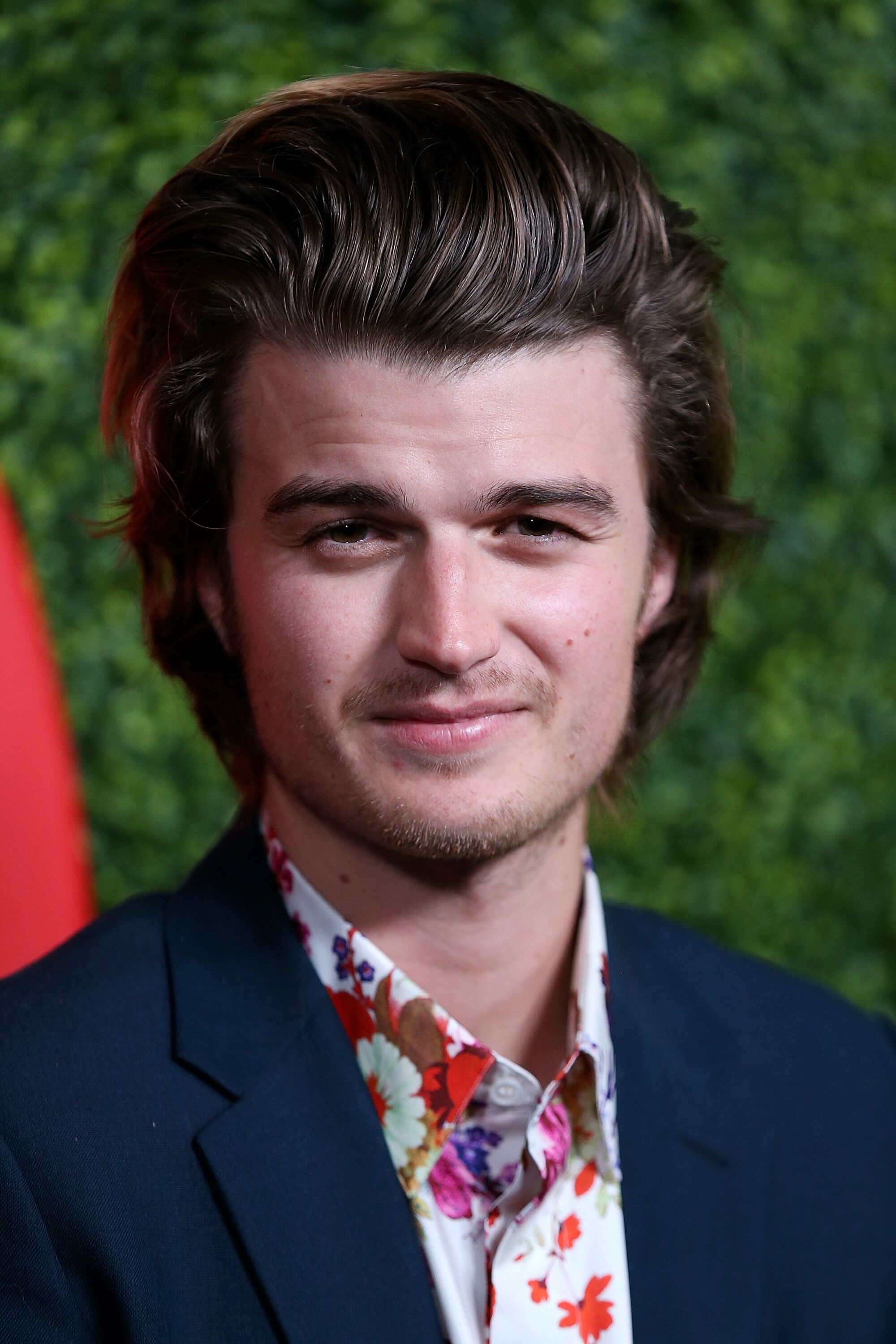 The actor who portrayed Steve Harrington isn’t only famous for having gravity-defying hair but also for being a musician in the psychedelic rock band Post Animal. And many girls who are crushing on Joe Keery will be upset because he's also taken…

But hey! He seems to be really happy in his relationship with Maika Monroe - a Californian actress that is most known for playing in Independence Day: Resurgence, the indie-horror film It Follows and many more.

We should also mention that Maika is a professional kiteboarder and not only can she greatly perform in horror movies but she can literally surf on the water! Hands down she is pretty successful for a 26-year-old!

The couple started dating in 2017 and they even appeared sometime later walking on a red carpet together at the premiere of Stranger Things season 2 and two years later at the season 3 premiere.

Joe and Maika are a perfect example of a cool celebrity couple, who seem 100% into each other and for what's probably in their best interest - they don’t share too much of themselves publicly.

We don't know exactly how much Keery made for filming season 1 and 2, but by season 3, he and the rest of the “C tier” actors negotiated to a $150,000-per-episode salary, which is certainly not bad, right? Currently, the actor's net worth is $2,7 million. 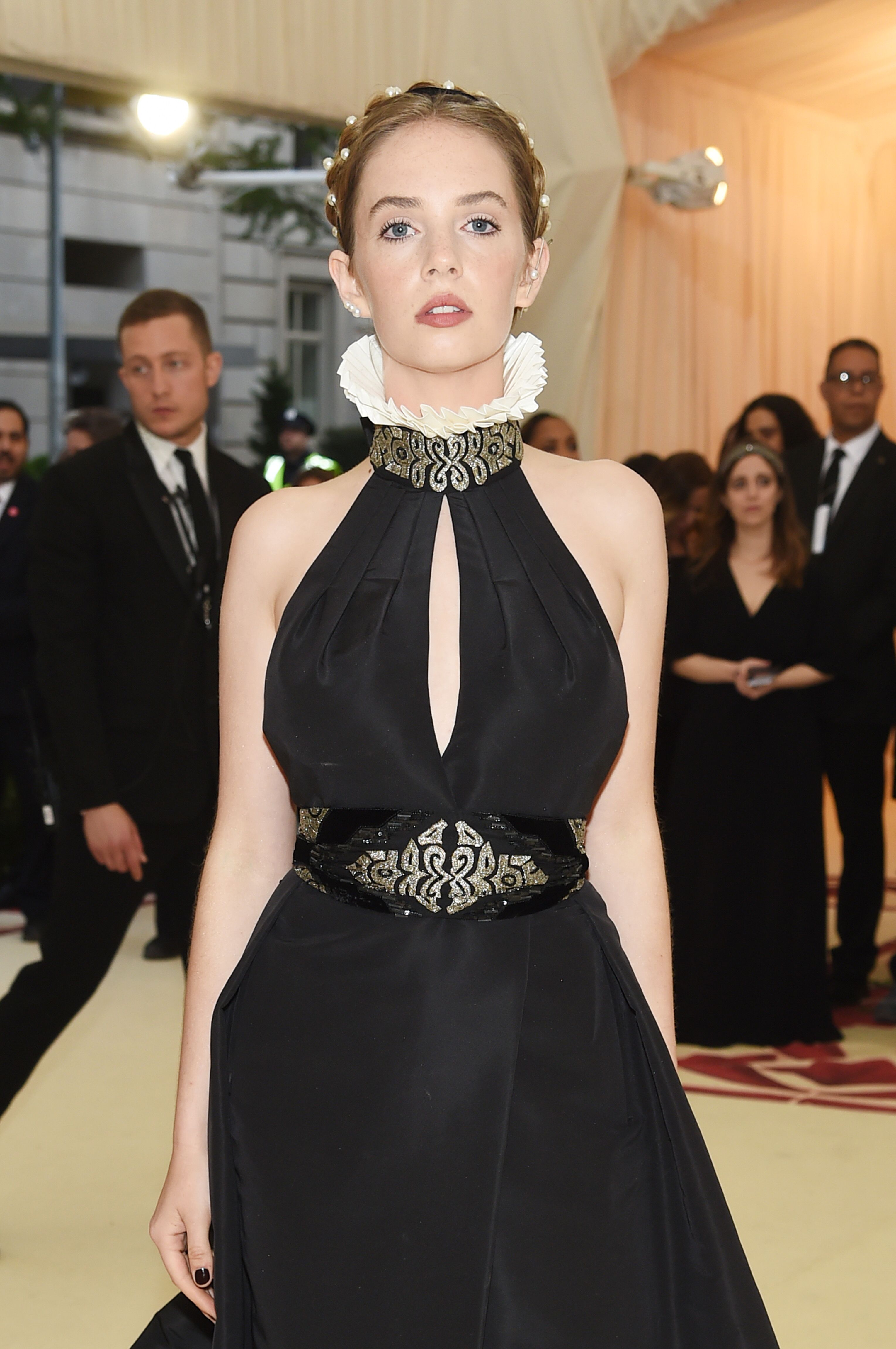 Did you know that Maya Hawke is the daughter of cinema legends Uma Thurman and Ethan Hawke? And that she has already starred in Quentin Tarantino’s new movie Once Upon A Time in Hollywood? That’s right. Despite the fact that she is only 20 years old she already has some pretty cool films behind her back.

And she's also a singer. Maya released her first two singles just this August. No wonder she already has a $1 million net worth!

And what about her real-life partner? Most of Stranger Things fans were hoping to see her together with Joe Keery, but the story went off in another direction... both in the series and in real life.

The only thing we know is based on Maya’s Instagram - she appears to be dating Gus Wenner who is the brother of fashion photographer Theo Wenner and a son of Rolling Stone founder Jann Wenner. Like some of his other co-stars, Caleb seems to be single. He has never shown any evidence of having a girlfriend and he's been very private about his personal life. Share it with us as soon as you're ready Caleb! We'll be patiently waiting... Meanwhile, he seems to be focusing on his career. And he's doing really good with his net worth of $3 million!

Did you know that before his starring role in the Netflix hit, Caleb played one of the most demanding roles on Broadway, the part of Young Simba in the musical The Lion King? He played this role for two years before he moved to LA to star in Stranger Things.

The movie Dora and the Lost City of Gold came out August, and Caleb played one of the roles in it, too. Needless to say, he was awesome! In a recent interview, McLaughlin said that it's up to the showrunners to decide whether Stranger Things will continue, so it might be the right time to focus on looking for new interesting projects

"It’s all up to the Duffers and the writers if they want to keep going," McLaughlin teased to EW. "Maybe they want to stop now. Maybe they don’t want to give anyone another season. Maybe they just want to leave you guys hanging like that." Sadie is reportedly single now and we don't know if she dated anyone in the past. But we do know that she's best friends with her co-star Millie Bobby Brown!

When Sadie joined the cast of Stranger Things, she was worried that people were not happy, as some of them didn't want a new character.  But from the moment Max came gliding in on her skateboard with her red hair flowing in the wind, fans knew that the world of Hawkins, Indiana was about to change forever.

By season 3, Sadie has not only won Lucas's heart but also the hearts of all the viewers. Since she was 11, the actress participated in Broadway productions. She also played a small role in the Emmy-winning series The Americans, and when she was 13 she co-starred with Helen Mirren in The Audience on Broadway, portraying young Queen Elizabeth II.

Unfortunately, we don't know how much the actress made for starring in the series, but if there is another season, which we are hoping for, her salary should be going up. As of now, her net worth is estimated at around $1 million. Sounds great for a 17-year-old girl!

We'll see what the lives of these young people have ahead of them. But we're sure that it's going to be something phenomenal! 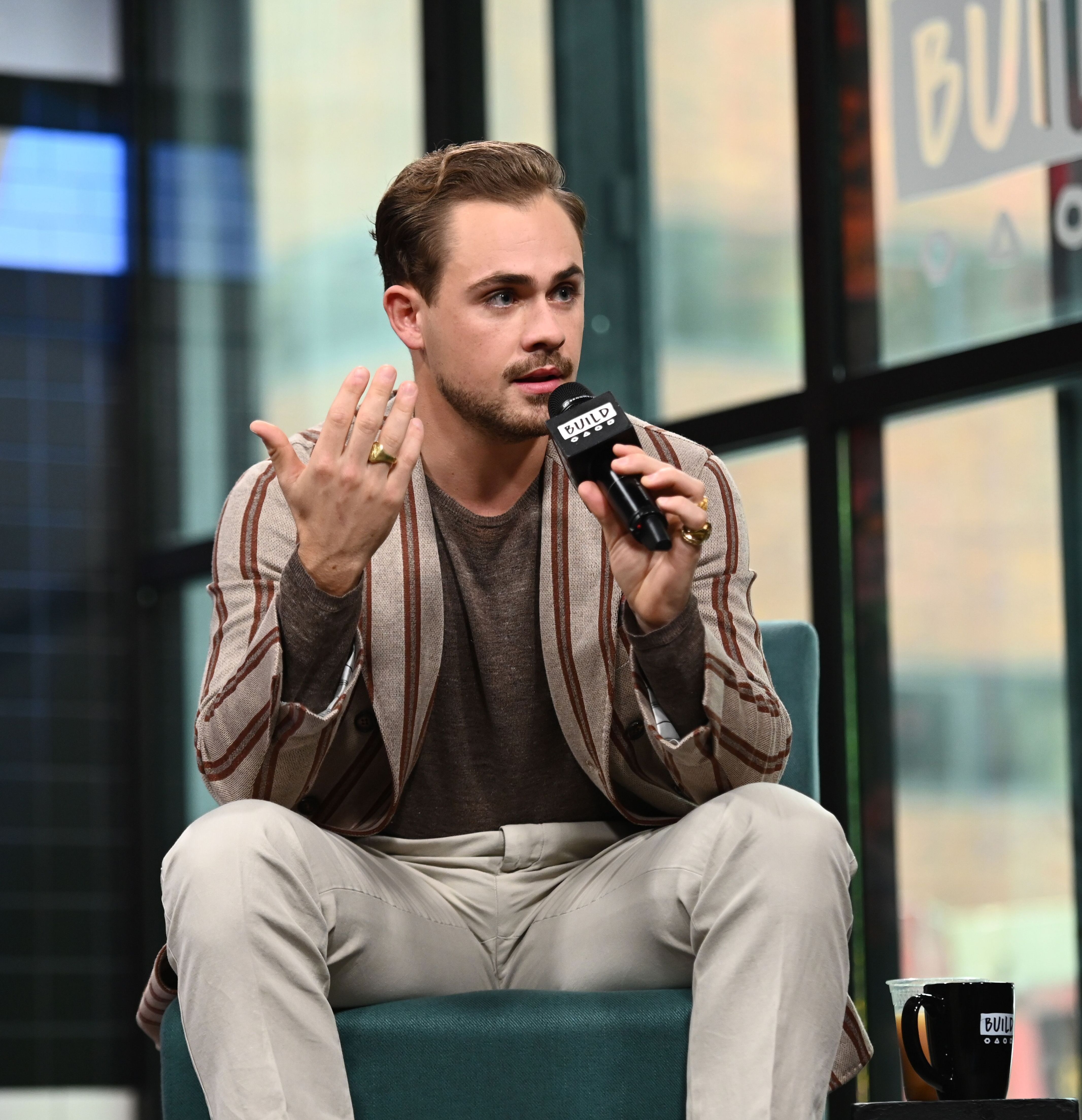 And what about the show’s biggest bad boy Billy Hargrove AKA Dacre Montgomery? Would his female fan’s hearts be broken as well? And the answer is YES!

Dacre’s character was in serious trouble in Stranger Things season 3 but while being out of Upside Down he seemed to be fine and enjoying his success together with his girlfriend Liv Pollock.

Same as Dacre, Liv is a native of Perth, Australia and she is known to be a successful model. While Dacre was filming the season 3 Liv moved to Atlanta for work purposes and, of course, to support him.

“Moving to Atlanta has definitely made our relationship stronger and allowed us to grow up in many ways,” she said to Perth Now.

When we first saw Billy in season 2, he seemed to be just Max's unpleasant older brother. However, we could feel that something was wrong with the guy. And we weren't wrong as the character had a significant, series-changing role in season three.

To prepare for this role, Montgomery did a lot of research on bipolar disorder and split personalities. He also researched how one personality controls the rest in people with these issues.

But all his efforts paid off because now the actor's net worth is estimated at $1 million. Despite being a talented dramatic actor, Montgomery has a plan to utilize his talent in comedy, too.

"Comedy is a very different heartbeat to drama," Dacre explained. "It scares me, and I also feel like it’s a good ego-stripping exercise — I can’t take myself too seriously." Noah Schnapp is even younger than Finn (he's only 14 years old now) and it's no wonder that he doesn't have a girlfriend yet.

For some time, fans thought that he was dating his co-star Millie Bobby Brown because they look adorable together and spend a lot of time side by side. But the two actors are just very close friends and they enjoy each other's company.

Meanwhile, the young actor is busy making a buck. Despite the fact the in the first season of the show, Noah was making as much as the other young actors, he earned much less in total, as he only appeared in a few episodes. But he had made it up by season 3 with a salary of $250,000 per episode and gave him a net worth of $1 million.

Noah's other jobs include doing the voice of Charlie Brown in the animated film The Peanuts Movie and Roger Donovan in Steven Spielberg's film Bridge of Spies, where he played alongside Tom Hanks. After season 3 came out, the discussions about whether Will, Schnapp's character, is gay, began.

The reason for that discussion was a phrase Mike said to his best friend Will in the series. "It's not my fault you don't like girls," he said. Fans were more than surprised to hear this phrase!