What kind of monster would be capable of doing such a thing? People who abuse animals should be severely punished and thrown in jail for at least 20 years.

In Romania, a horse was set free by a vet after getting his legs chained up, as reported by the Share Tap.

We at AmoAnimals were outraged by what had been done to the poor horse. Who would be capable of doing such a thing?

When we think of horses, we think of very strong and majestic animals. Animals with muscular legs that run freely through meadows and forests.

They are portrayed as being mystical beings in many cultures and are considered to be one of the most beautiful creatures on earth. Unfortunately, some people don't appreciate them. 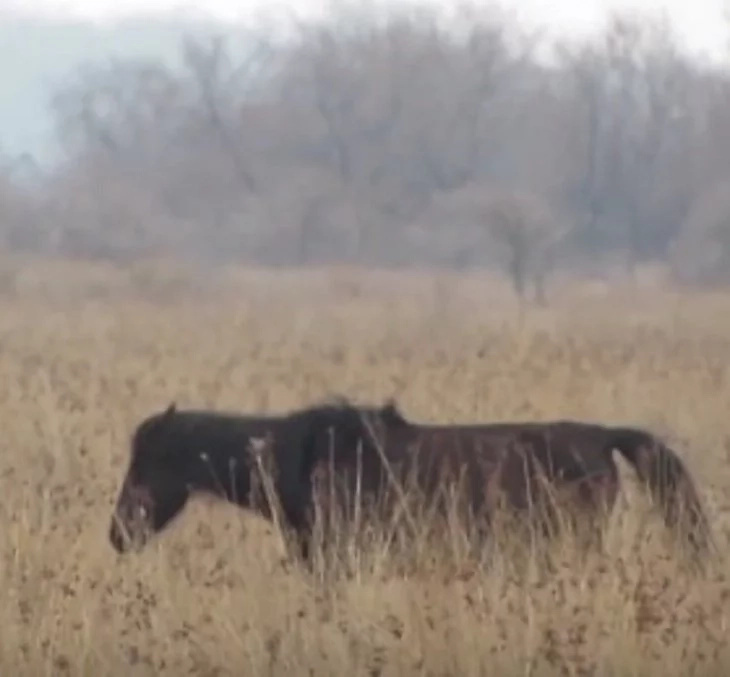 In Romania, horses are still considered to be animals to be used in hard labor only, without any other purpose in mind.

Sadly, there are thousands and thousands of horses who suffer on a daily basis because of this mentality and no matter how much people try to help, it's never enough.

For this horse, however, help came just in time, all thanks to a very kind veterinarian named Ovidiu Rosu, who happened to be passing by a field where the horse was.

SCROLL DOWN TO WATCH THE VIDEO

In the video you can see how the horse reacted after being set free.

"The horse could barely move because of the chains"

He noticed that the horse would hop around a little bit whenever he tried to move, which sparked his curiosity. When he got closer, he was shocked by what he saw.

The horse's front legs were bound by chains, which were already starting to cut through the skin, causing harm and pain to the poor creature.

Ovidiu returned to his car and came back with some bull cutters and pliers, which he used to remove the chains that were stopping the horse from roaming freely. Apparently, this a common practice in Romania. The owners bind the horse's front legs with tight chains in order to stop them from running away.

But this is a really cruel practice because it hurts the animals and hinders them from being themselves. Horses have a lot of energy, and if they don't use it, they get depressed.

Ovidiu knew this, which is why he tried to work as fast as possible. Fortunately, the horse seemed fine, which meant that he hadn't been chained up for long.

People who commented on the video were disgusted by what the owner of the horse did, stating that he should be arrested and sentenced to jail on account of animal cruelty. 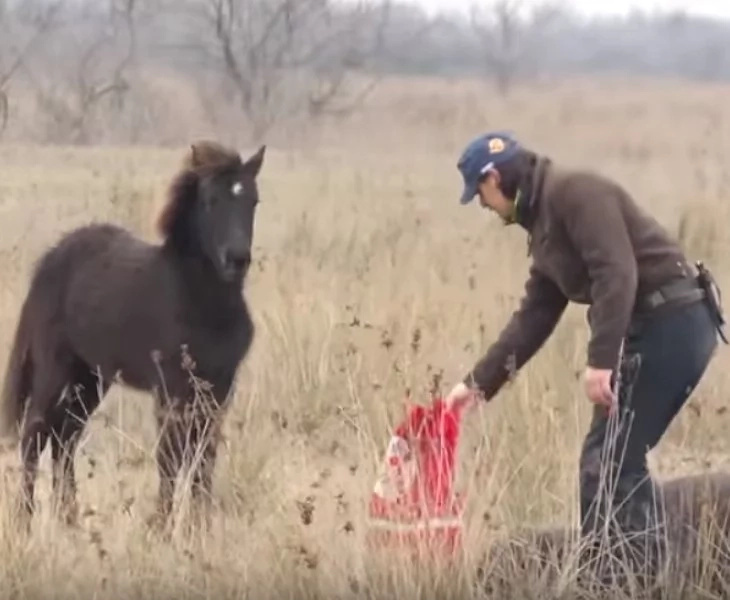 After just a few minutes, Ovidius was able to break the chain and treat the wounds on his legs. The horse was so happy that, when he got back on his hooves, he approached the vet and put his head in front of his, a sign of respect and eternal gratitude.

The horse was then free to run around and play with his friends in the field, all thanks to a very special vet who went out of his way to save a bound soul.

AmoAnimals would like to take this opportunity to ask our readers to please share this story. It is very important to spread the word and raise awareness about the animal cruelty that goes on every day around the globe. By sharing this story, you will be helping and saving these poor animals that did nothing wrong and were forced into a world of pain by evil people. Thank you