The USA favorite, amazing comic, and wonderful woman Ellen DeGeneres... It seems like there isn't a person who doesn't love her. But even the charming Ellen has haters, and we're gonna tell you about them in this list.

Which famous singer wanted her to shut up? Why has a famous comic released a revealing book about Ellen? And you'll be surprised when you find out who compared Ellen to Justin Bieber! Ready to begin? 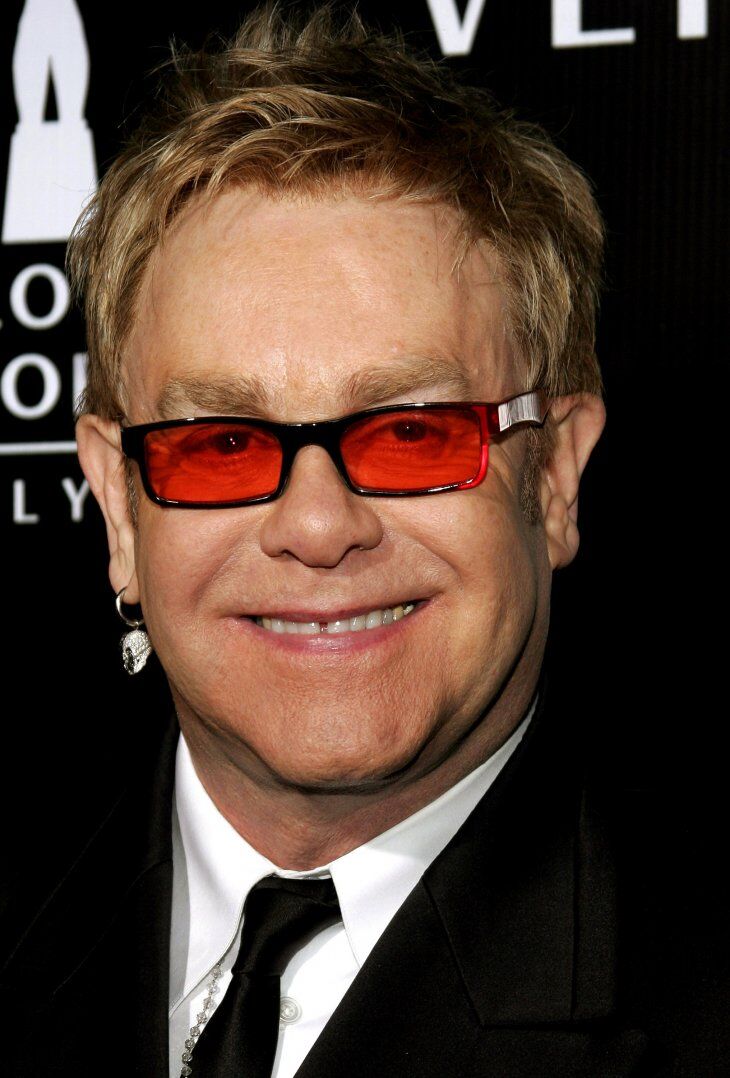 It's been more than 20 years since Ellen came out as a lesbian, but she still remembers that moment. Last year she revealed a shocking story that happened 20 years ago. In the period that followed, DeGeneres said she faced significant backlash.

“During the time, because there was so much talk about it, everyone was just sick of it,” she said. 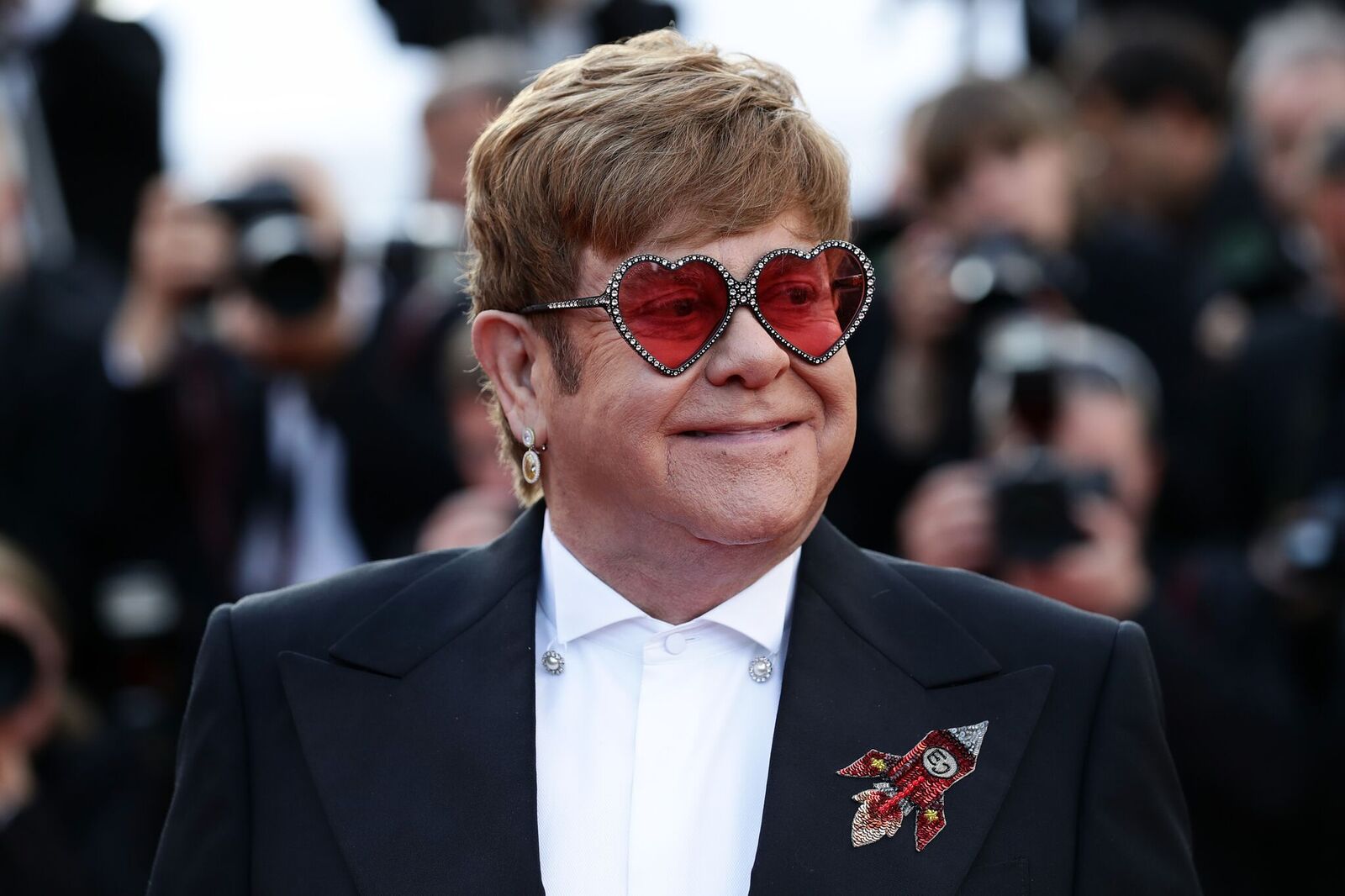 She remembers how she only did the cover of Time magazine, a primetime special with Diane Sawyer and Oprah, and those were the only places she talked. However, Ellen revealed that people were still reporting on reports and reports and reports.

Elton John didn't stay away either and expressed his opinion, which made Ellen quite sad.

“Even Elton John said, ‘Shut up already. We know you’re gay. Be funny,’ ” she continued. 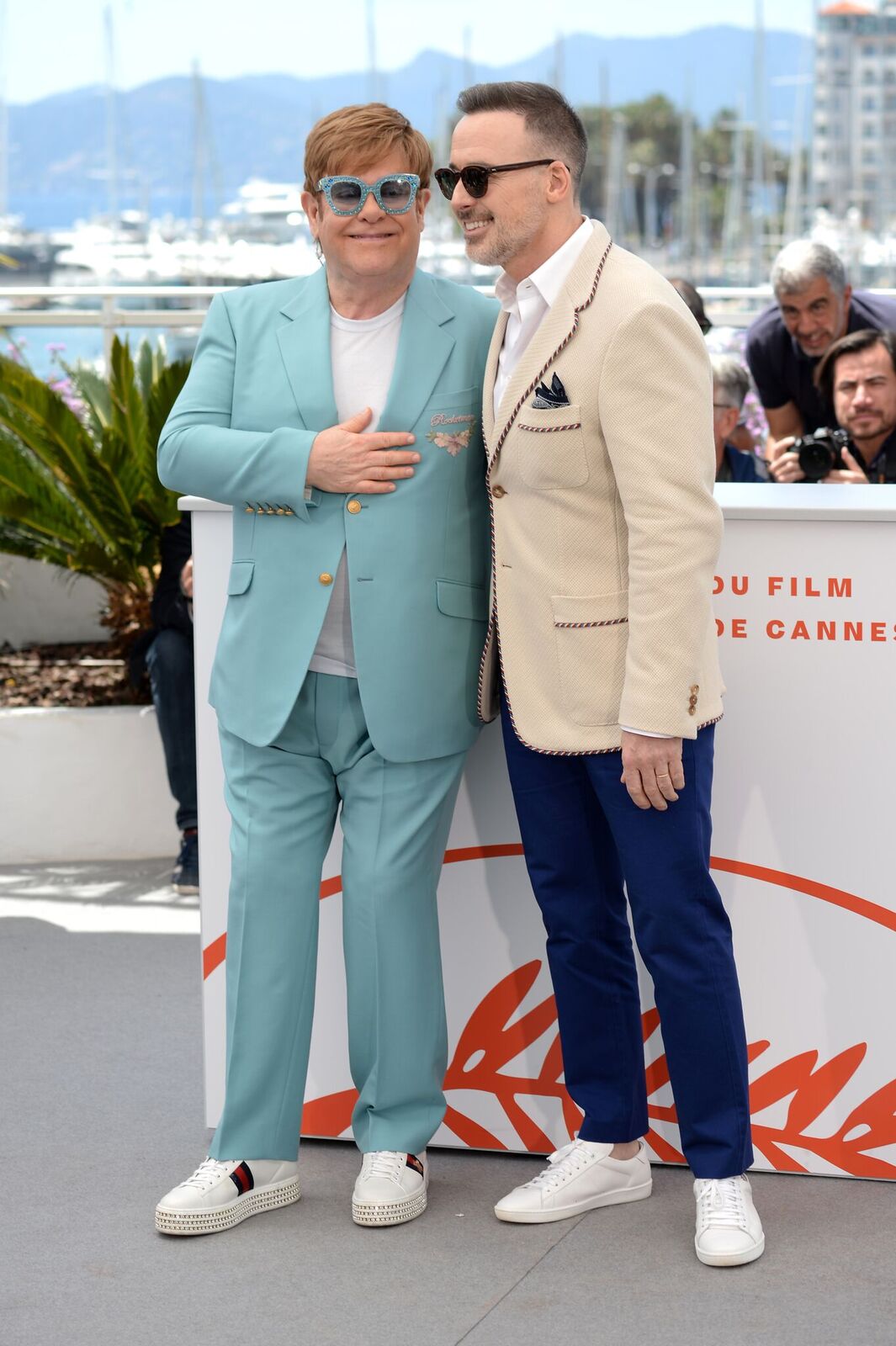 Ellen revealed she was surprised to receive that kind of attitude from a gay person whom she had never even met. She said it hurt her feelings to see how everyone assumed that she was just constantly talking about it.

And did you expect that from Sir Elton John? Do you think that he had a right to be so harsh with Ellen? 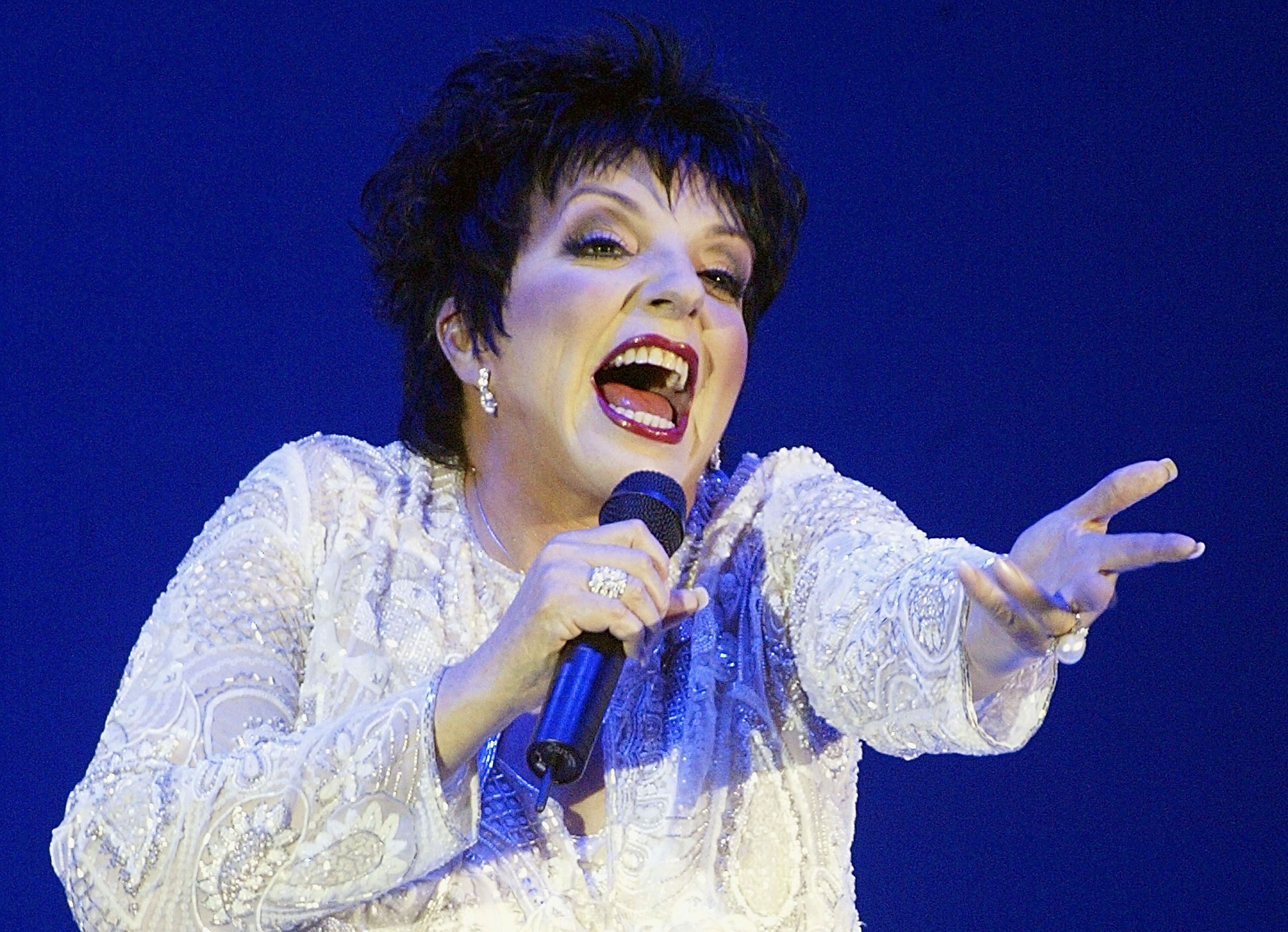 It's Ellen's fault this ill-wisher appeared. Remember 2014, when Ellen was a host at the Oscars? It was funny, huh? Or was it? 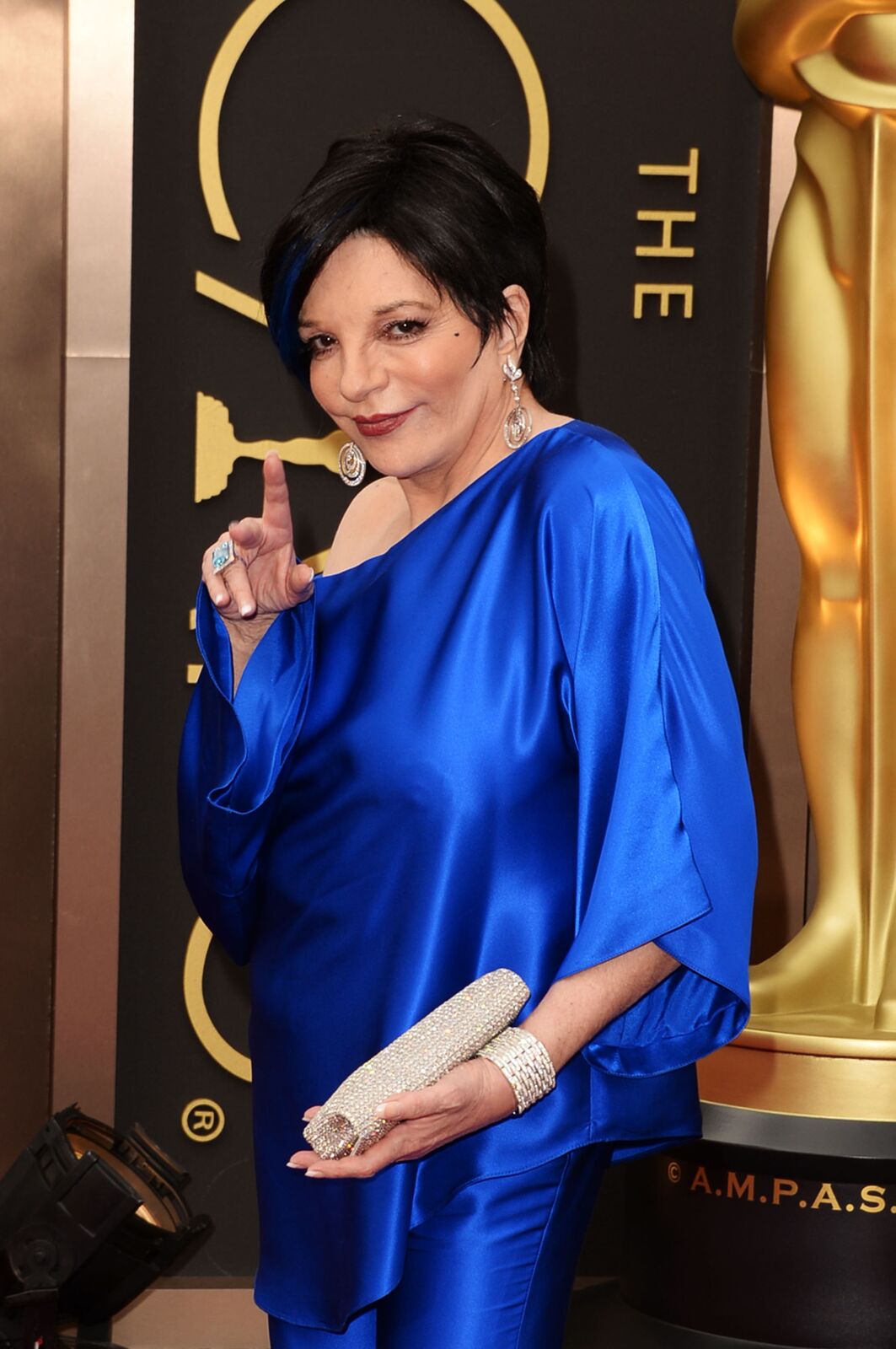 "I think (DeGeneres) thought it would be funny," Minnelli told TMZ. "But she never stopped after she said it and said, 'my friend, Liza Minnelli.' I think it went a little astray on her and I don't think she meant any harm at all, and she's a wonderful lady."

It seemed that all the awful jokes were over for Liza Minnelli, but then there was one more thing. Later in the show, Minnelli missed out on making history. 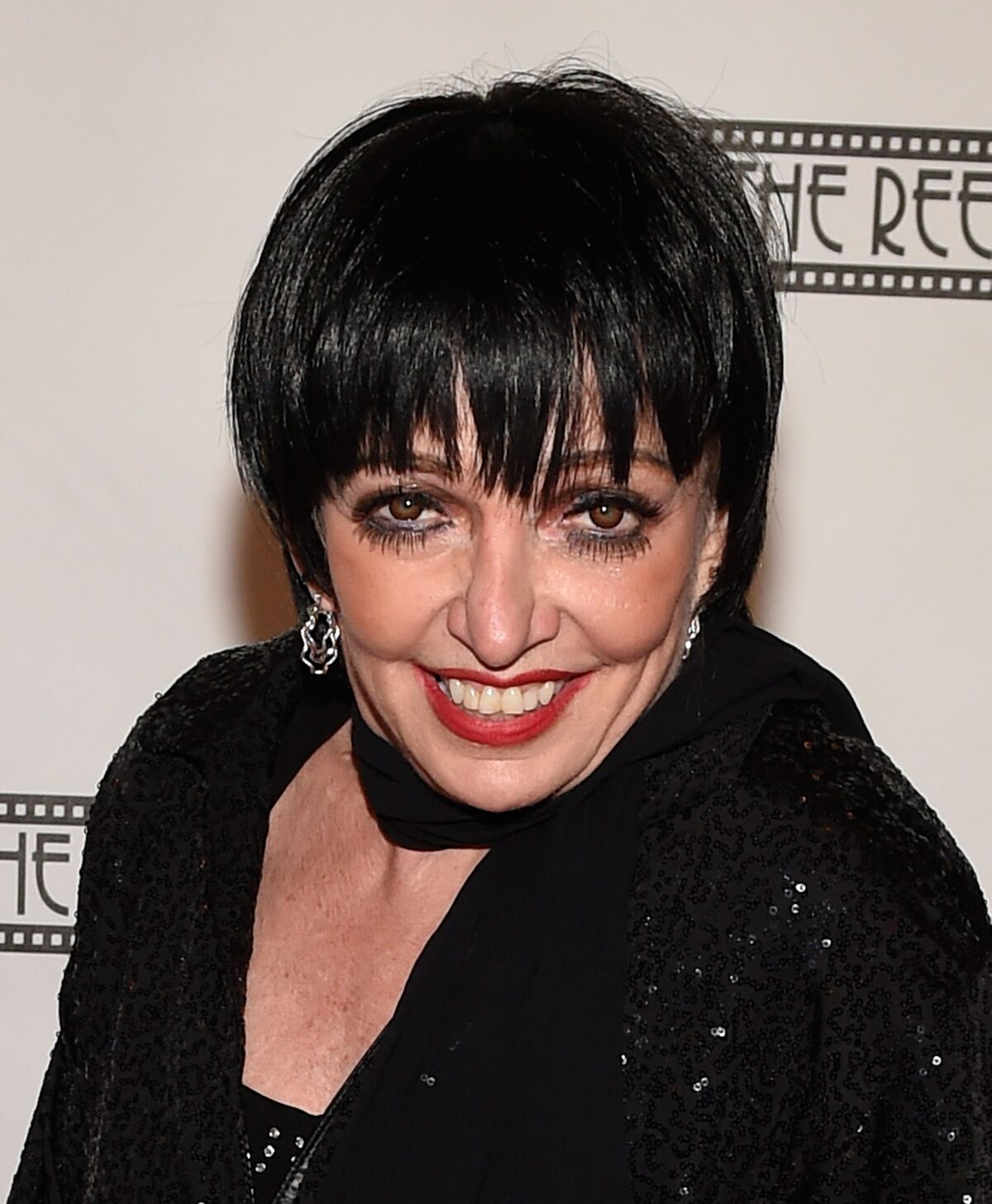 She was right behind those actors who crowded into Ellen's selfie which later broke a Twitter record for retweets. Minelli isn't seen in the selfie, though, we can see her very close to the stars in other photos taken from the back. Minnelli said she wasn't unhappy not to be included.

That night was definitely not the best one for Liza. 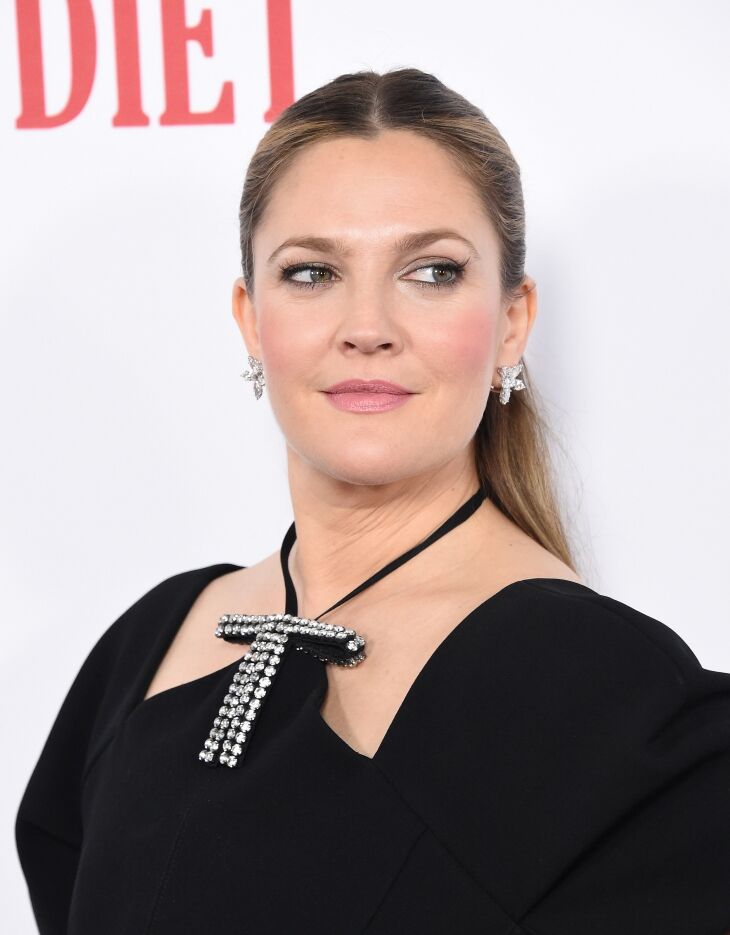 When, in spring 2017, First Dates appeared on screen, everybody thought it would be a blast Produced by DeGeneres and narrated by Drew Barrymore, the series set out to "explore all of the simple wonders of a first date." Sounds like a promising and successful show, doesn't it? But something went wrong and the show's second season never happened. 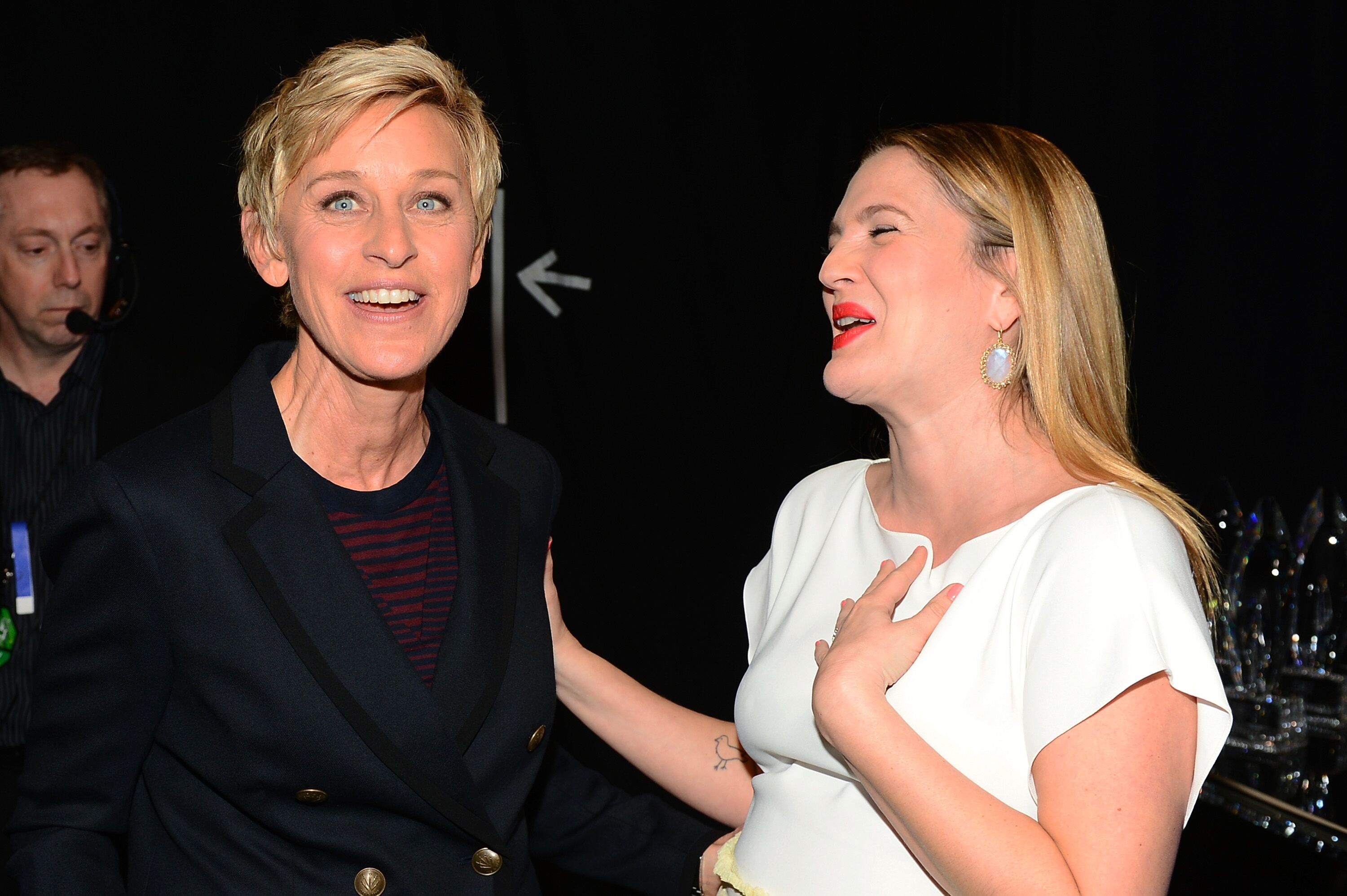 We don't know for sure but it seems that the reason behind the show's failure was Ellen and Drew failing to communicate. According to In Touch, the relationship between the show's star duo may be anything but amorous.

"Ellen and Drew are a case of oil and water," a source told the mag. "Ellen expected to be the one calling the shots, but Drew thinks she should have creative control because she's the movie star people are tuning in to see." 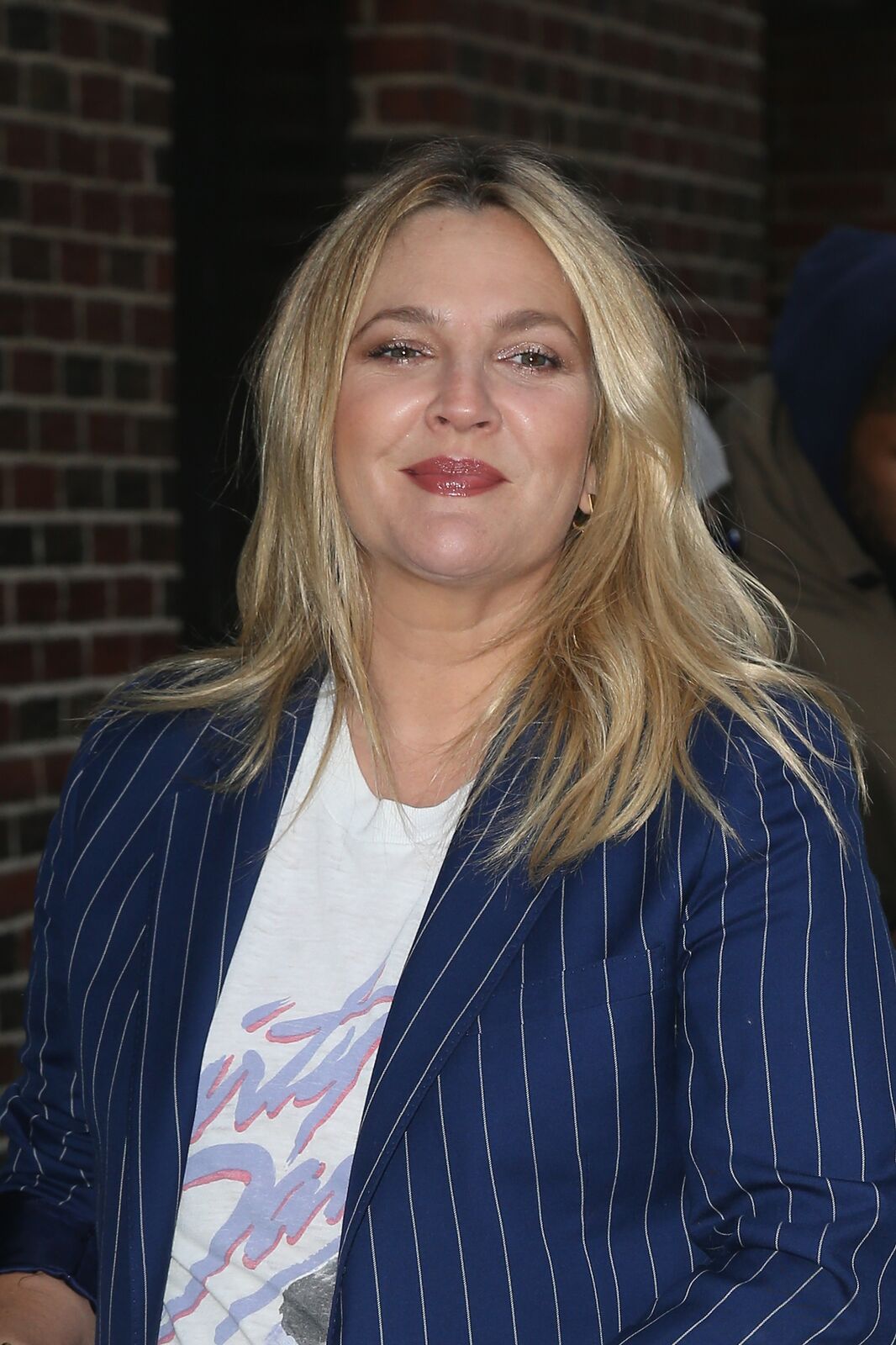 However, it seems that everything is good between the two celebrities now, as Drew visited Ellen's show a year ago and seemed quite comfortable to be with her. Or maybe the rumors about their quarrels are just rumors, and the show was stopped for a different reason. What do you think about it? 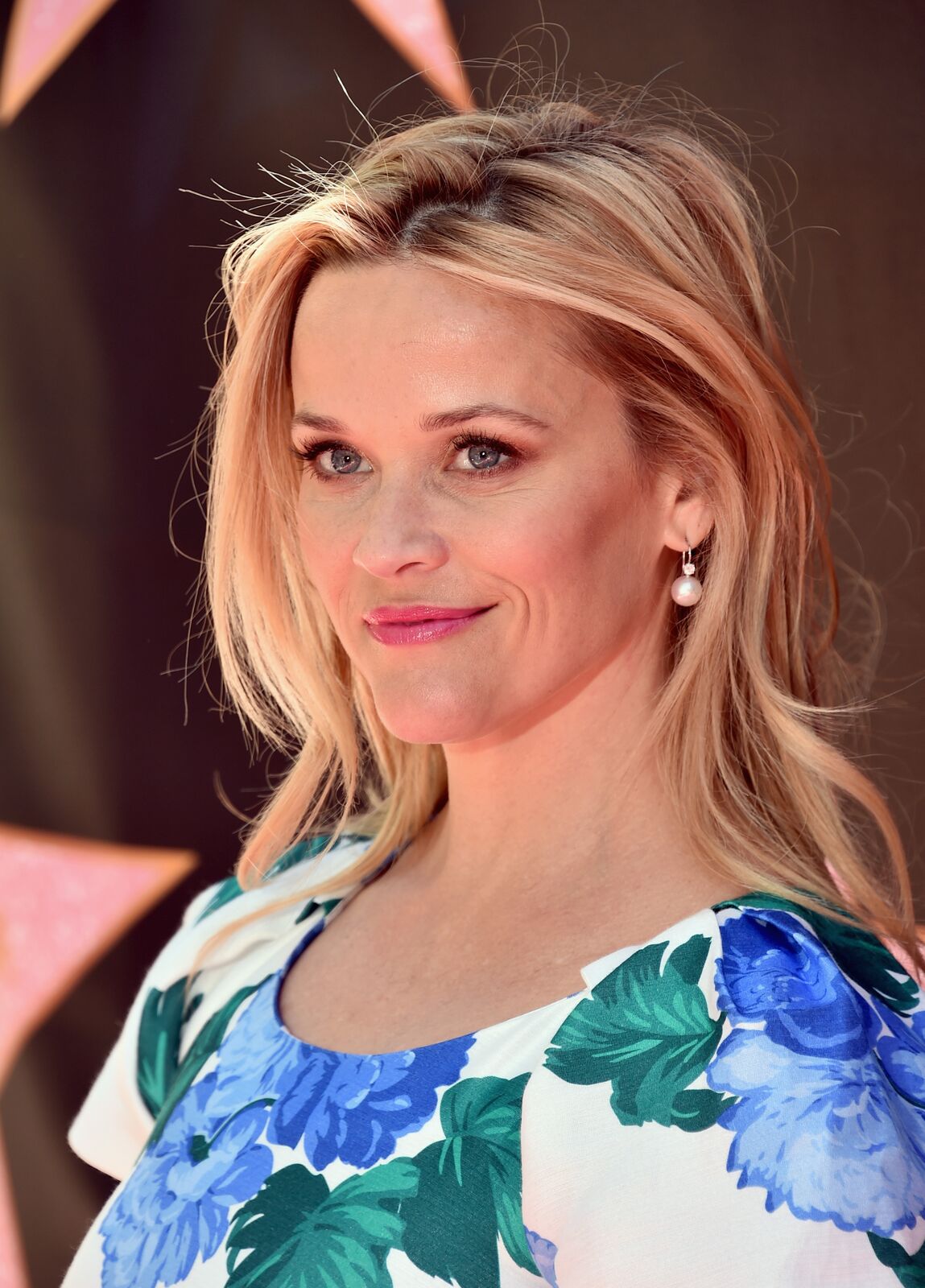 No doubt that Reese Witherspoon is a great actress, but is she that good of a host? Last year she tried to break out with her talk show, Shine On with Reese. And since not everybody had even heard of it, apparently, it didn't go as smoothly as planned.

"Right now, Shine On doesn't have anywhere near the reach of Ellen's talk show," an insider told GLOBE. "But Reese has much bigger plans. She wants to get absolutely tip-top A-listers like her friend Jennifer Aniston." 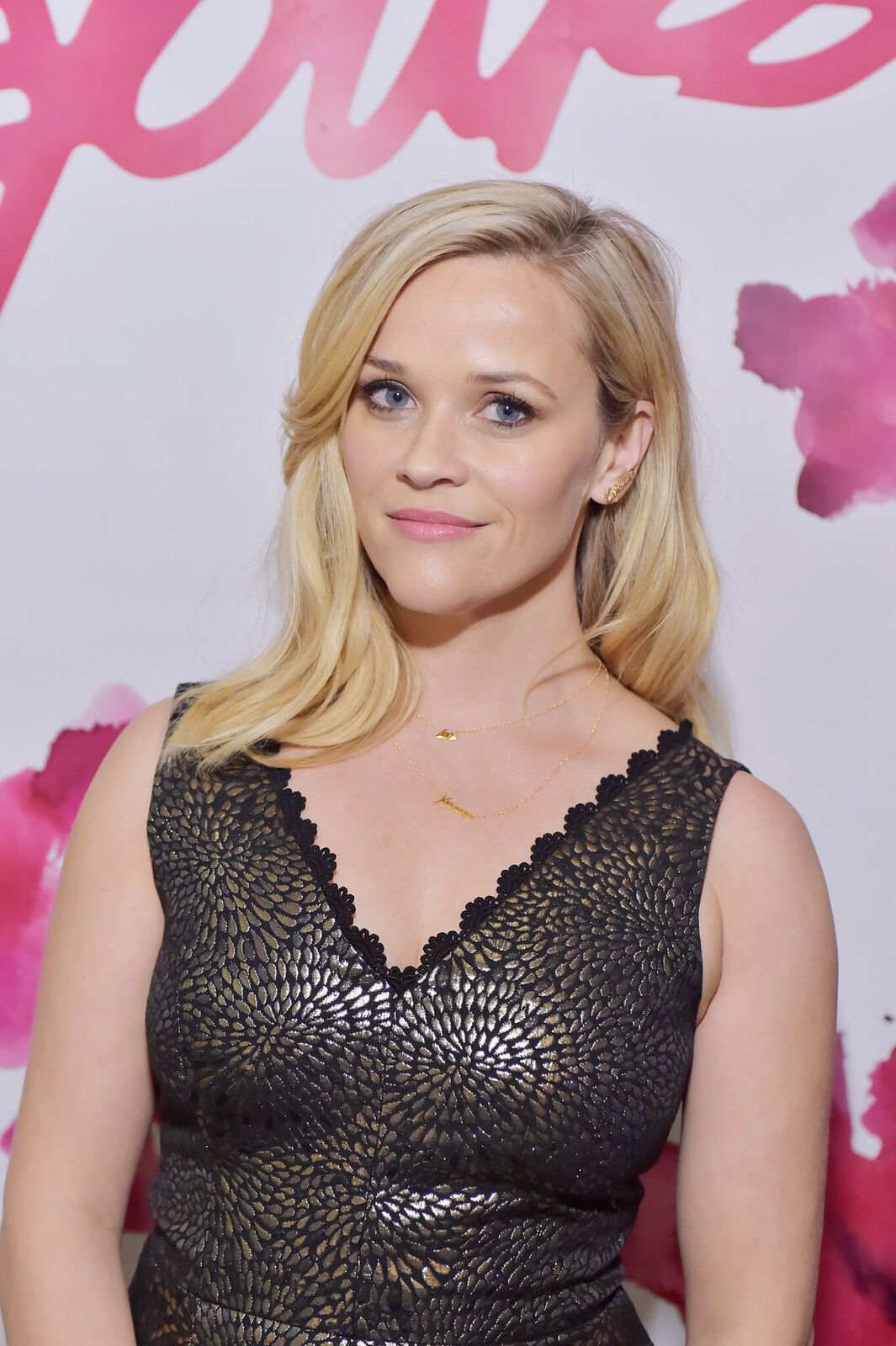 Reese's scheme of taking Ellen's throne has plans of making celebrities do her show exclusively, so they can't make appearances on Ellen.

"Reese is ruthless," dishes the source. "She wants to make a big splash and she's ready to get down and dirty to do it."

We hope it's just a rumor and these two talented women are actually on good and friendly terms. 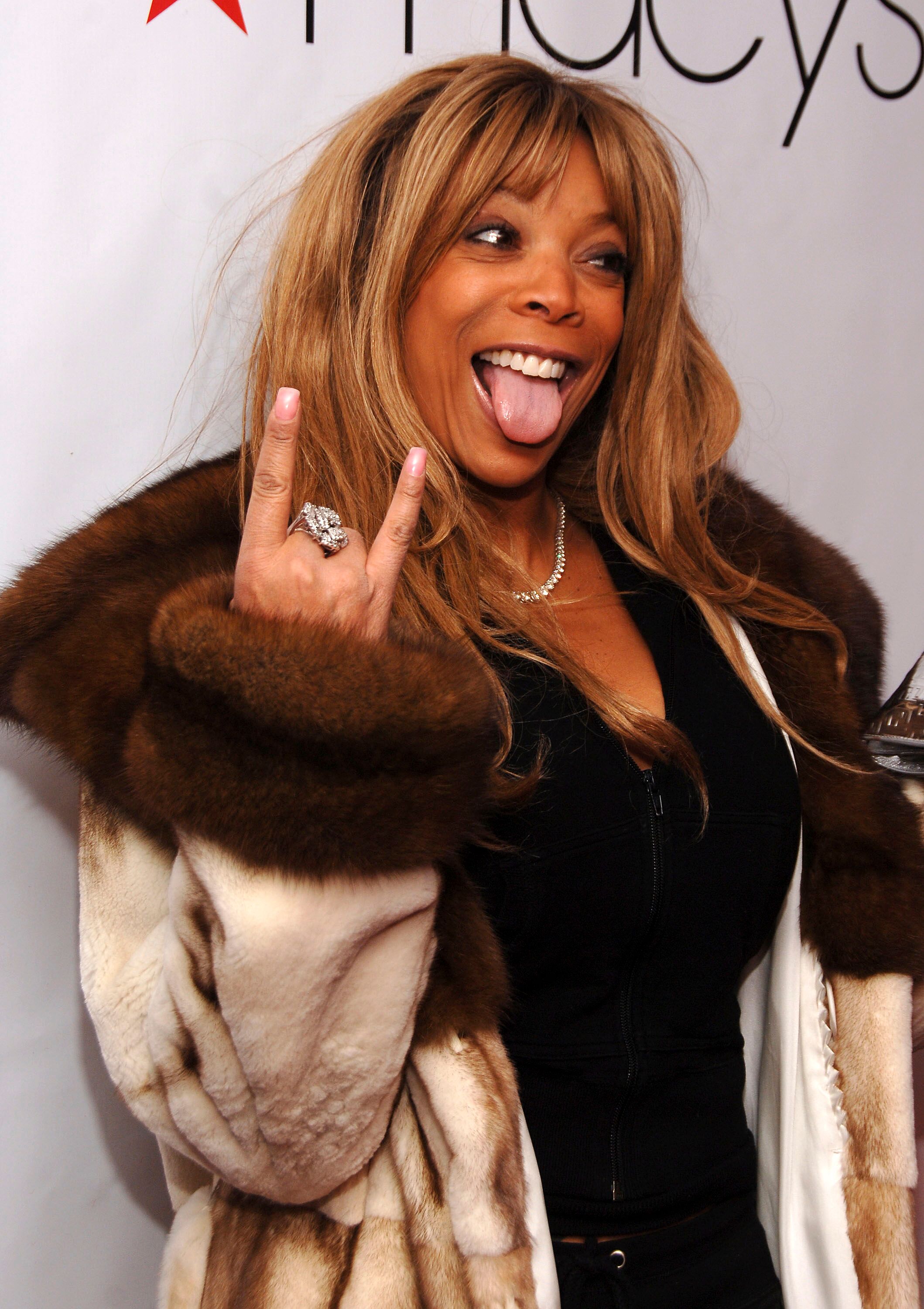 Wendy Williams has a professional rivalry with Ellen, and she is a talk show queen in her own right It's funny that even though Wendy has been to Ellen's a few times, she's never invited her to her own show.

The hosts aren't rivals in the same time slot but the tension between them is obvious. Wendy is often blamed for harsh words and expressions, and there's a reason for that She's even managed to say a few words to Ellen's wife, Portia De Rossi 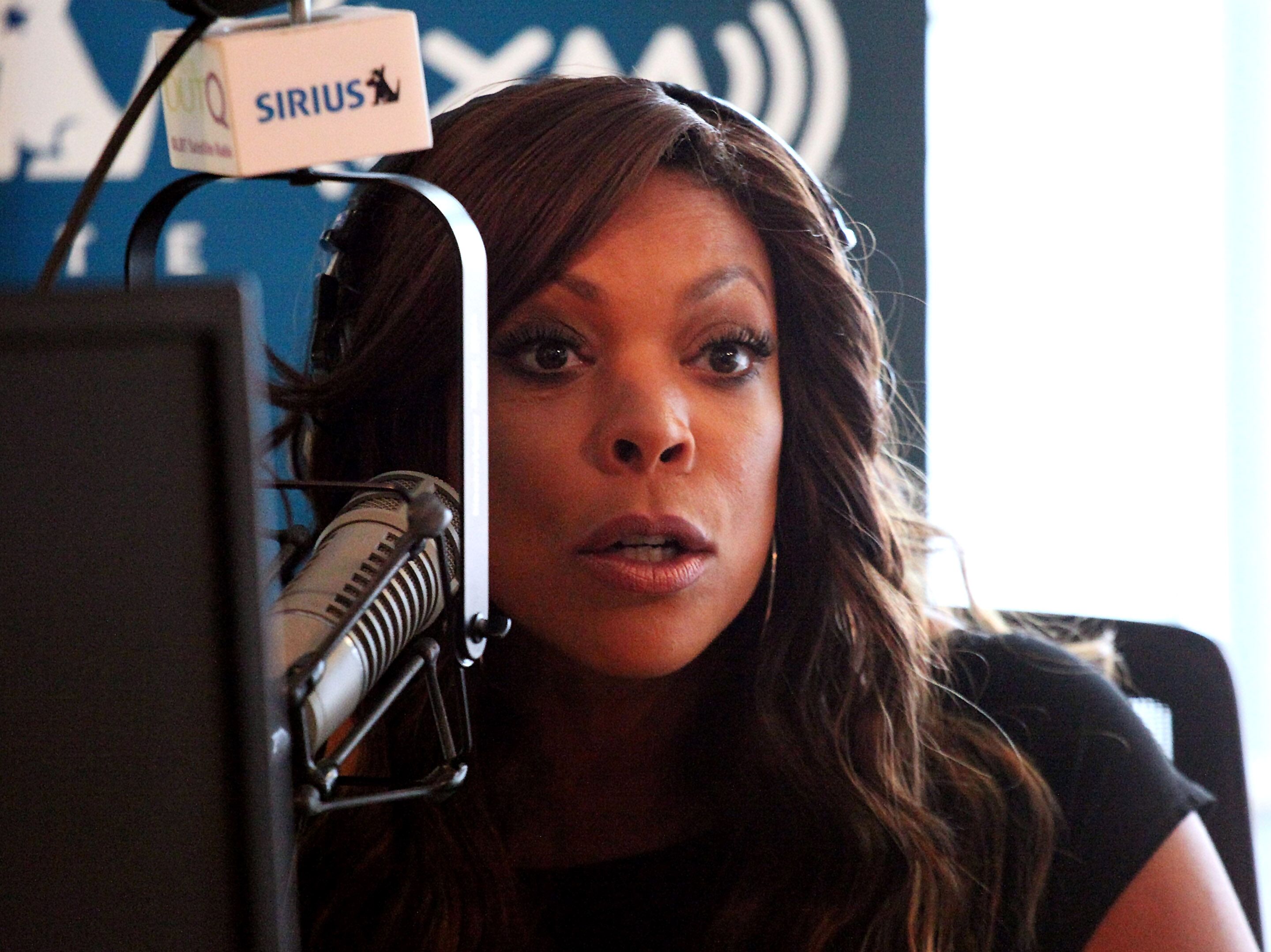 Even before Portia came out, Wendy approached her on the red carpet and asked her to comment on apparently being seen splashing about with a woman in the jacuzzi. Nothing special, but that was back then when Portia wasn't open about her relationship with Ellen and her sexual orientation. Maybe Wendy saw her with Ellen back then?

Perhaps, that is the reason why these women will never become best friends. Wendy even created some controversial moments on Ellen's show. 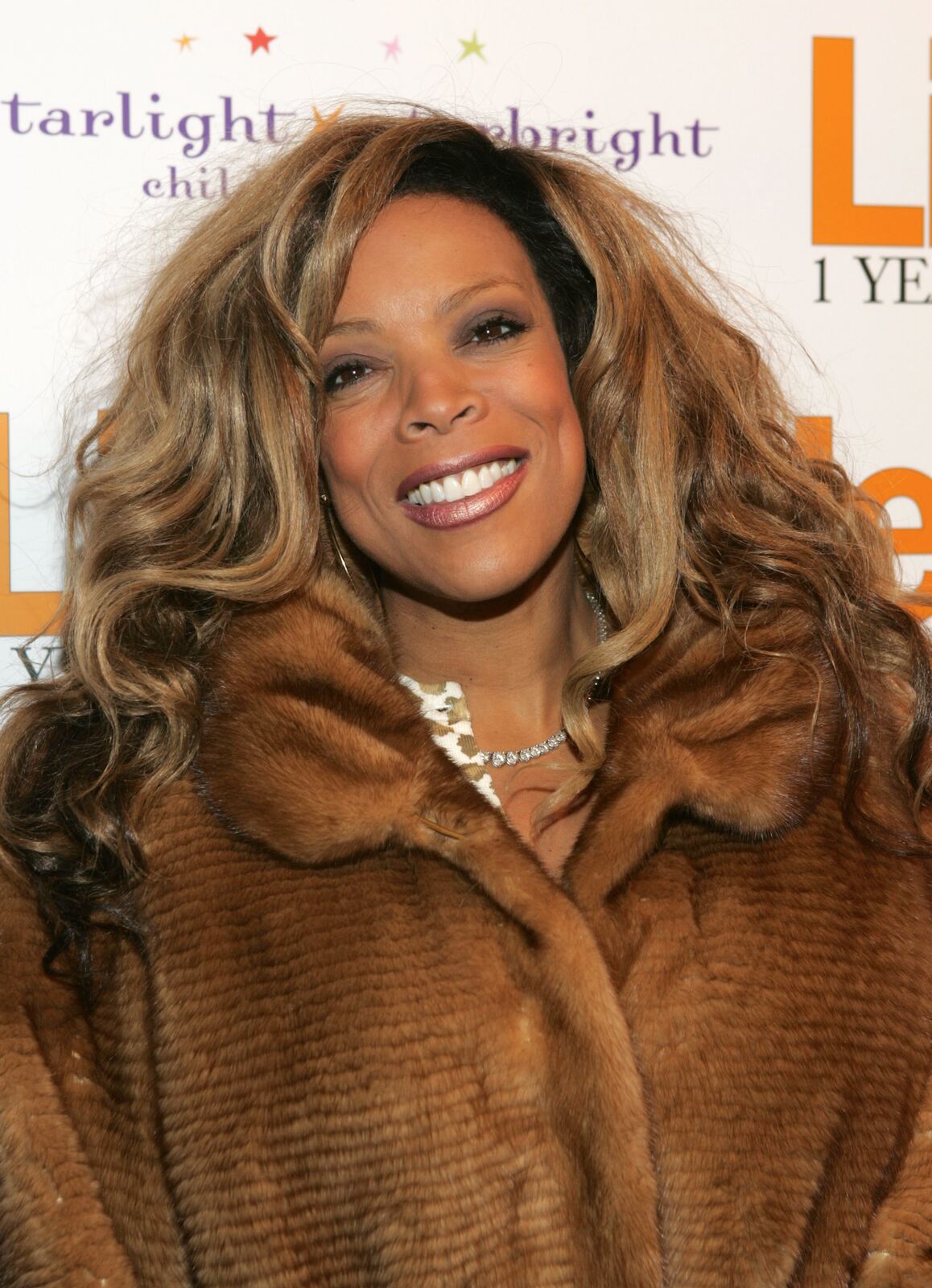 First, in a 2013 interview, DeGeneres barely hid her disdain for the not-so-subtle shade Williams threw at Kim Kardashian and Kanye West, who at the time were expecting their first child.

Moments later, Williams plugged her PETA ad by acknowledging DeGeneres' veganism before inexplicably asking, "How do you live without bacon?" DeGeneres replied, "Well, because I think pigs are very smart animals." Ouch! 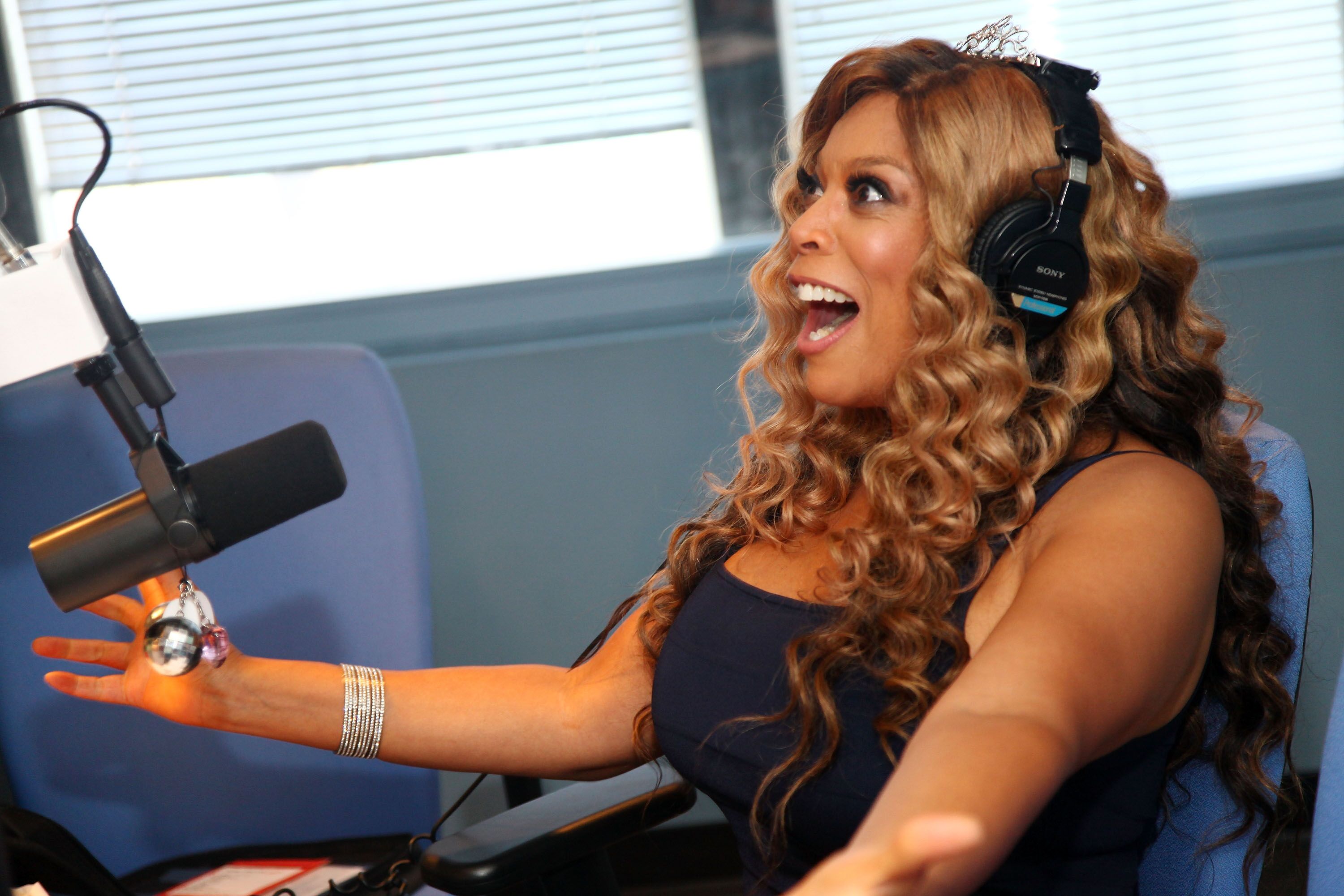 Three years later, Williams returned and played "Heads Up!," the game where guests make Ellen guess the name of the star only they can see on the screen As a hint for Justin Bieber, Wendy William's said, "Some people say that he looks like you." DeGeneres laughed it off and said, "I don't mind that, he's adorable."

That was quite rude, huh? Maybe it's just a friendly banter between the hosts. Do you know who else Wendy doesn't like? Read this! 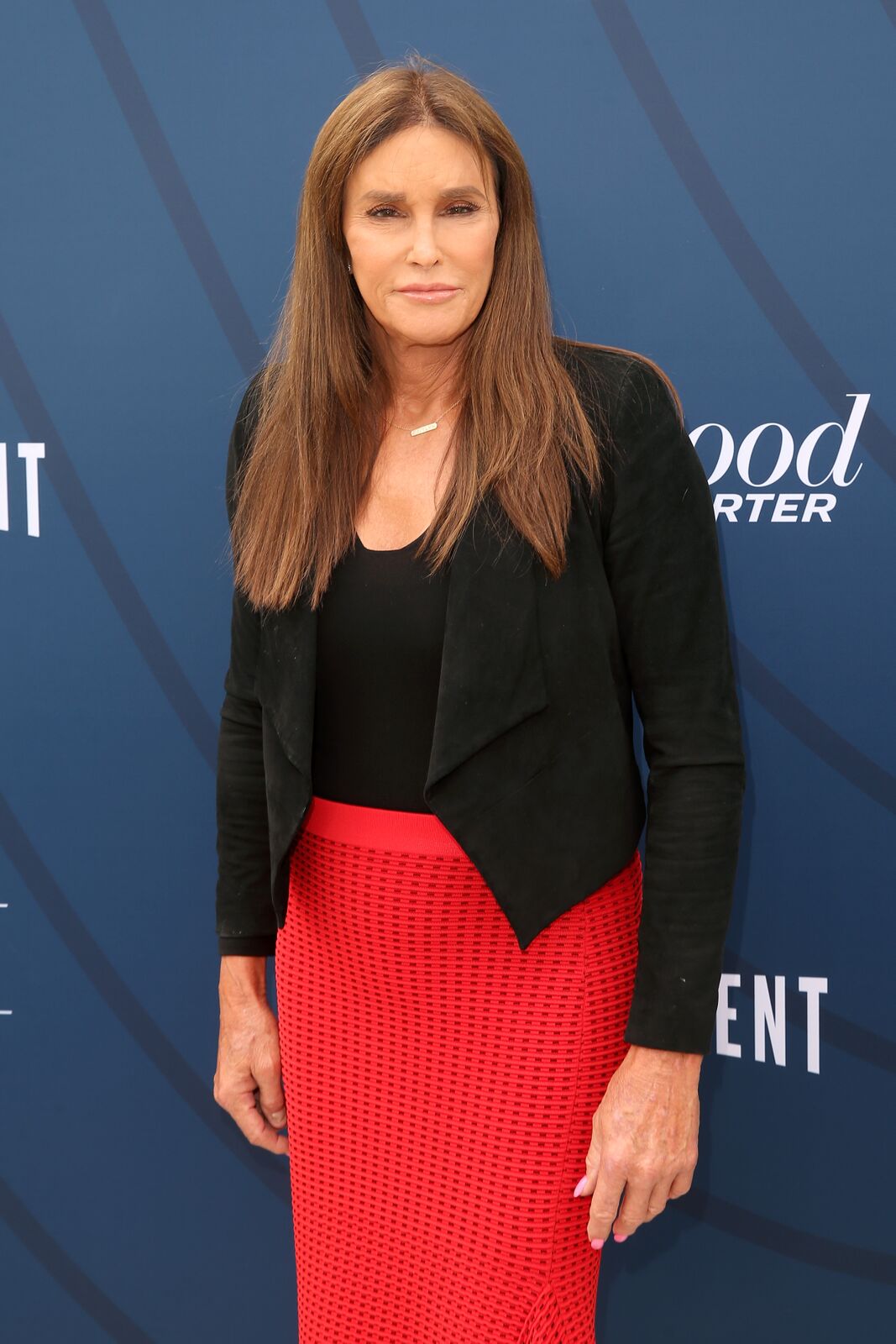 The episode with Caitlyn Jenner is probably the tensest one in the show's history. During a headline-making appearance on The Ellen DeGeneres Show in 2015, Jenner was asked about same-sex marriage and confessed, "At first, I was not for it."

Describing herself as "a traditionalist," Jenner said that it was just a matter of wanting to preserve the institution of marriage as "between a man and a woman." 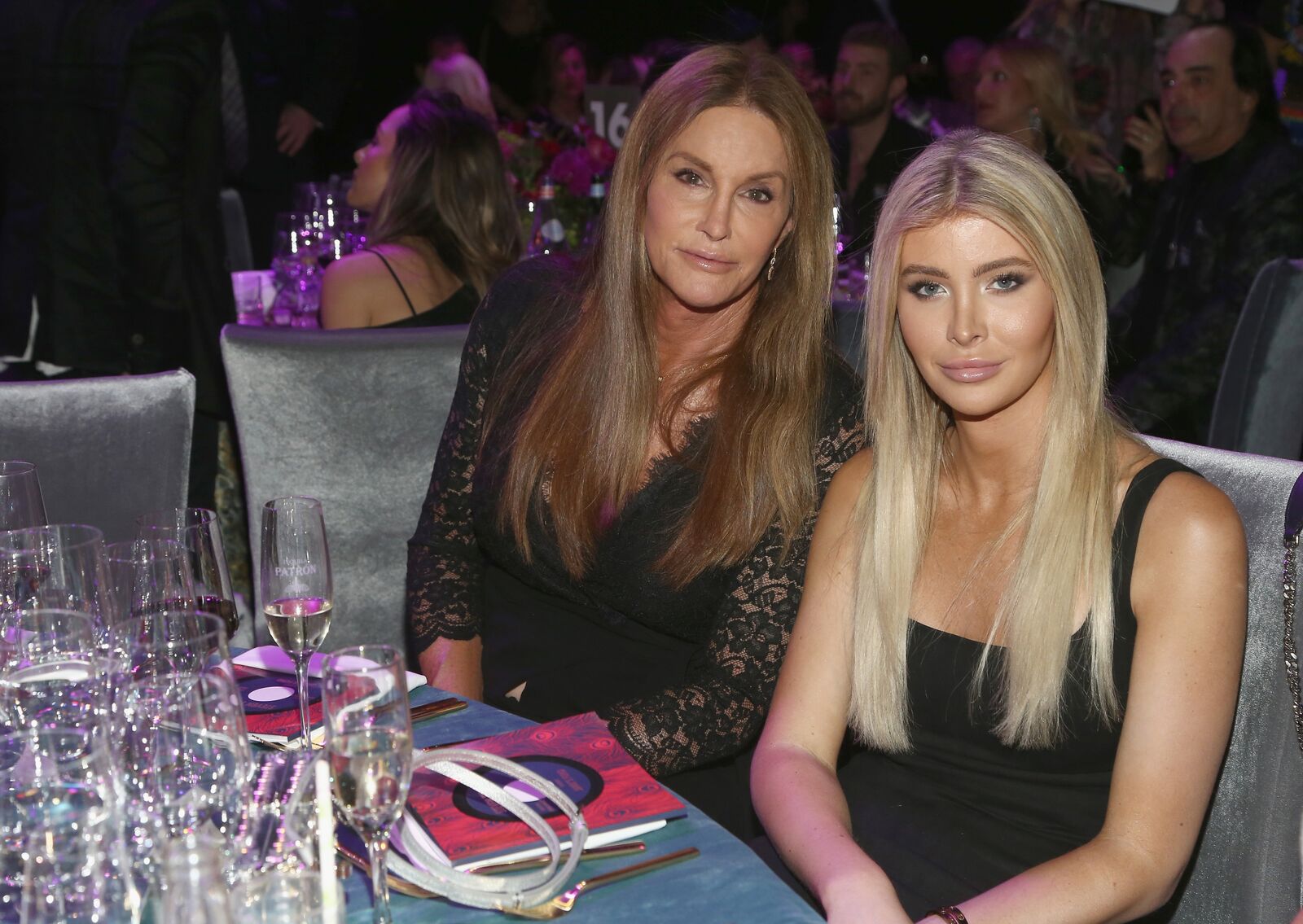 Though Jenner did say that she had since come around to the idea, Ellen felt that perhaps it wasn't completely true. And Ellen remembered that moment. After that interview, DeGeneres accused Jenner of passing judgment during an interview with Howard Stern. The talk show host even snapped and accused Jenner of not wanting to even dance with her on her show. 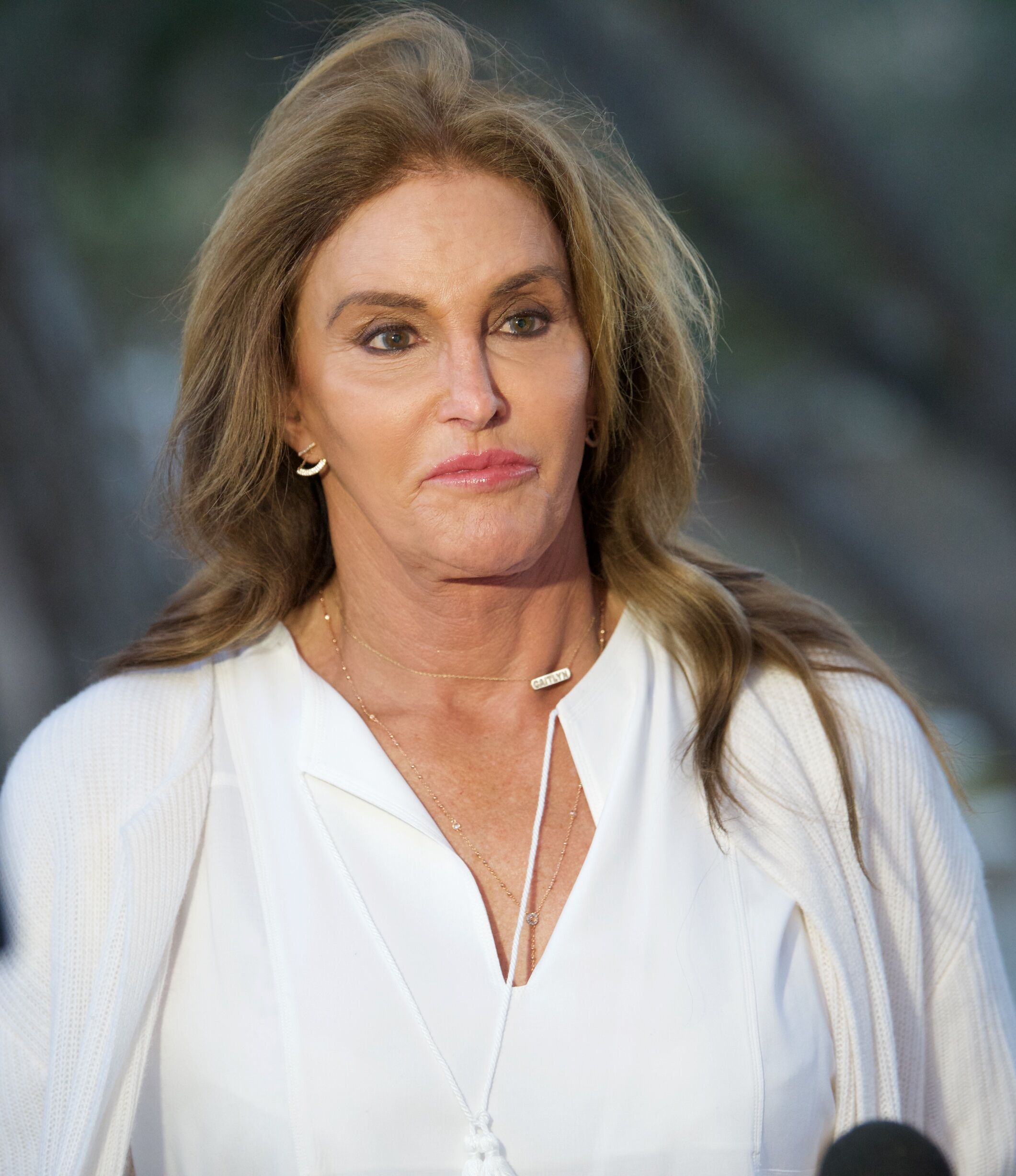 But in her new book, the E! star explained her side of the story. She slammed the talk show host for engineering the moment for the sake of shocking TV. Then, Kris Jenner's ex, who revealed she was "burned" from the experience, also blamed the daytime veteran for "alienating" her "from members of the LGBTQ community."

Caitlyn, most likely, blames her ex-wife for instigating the feud. 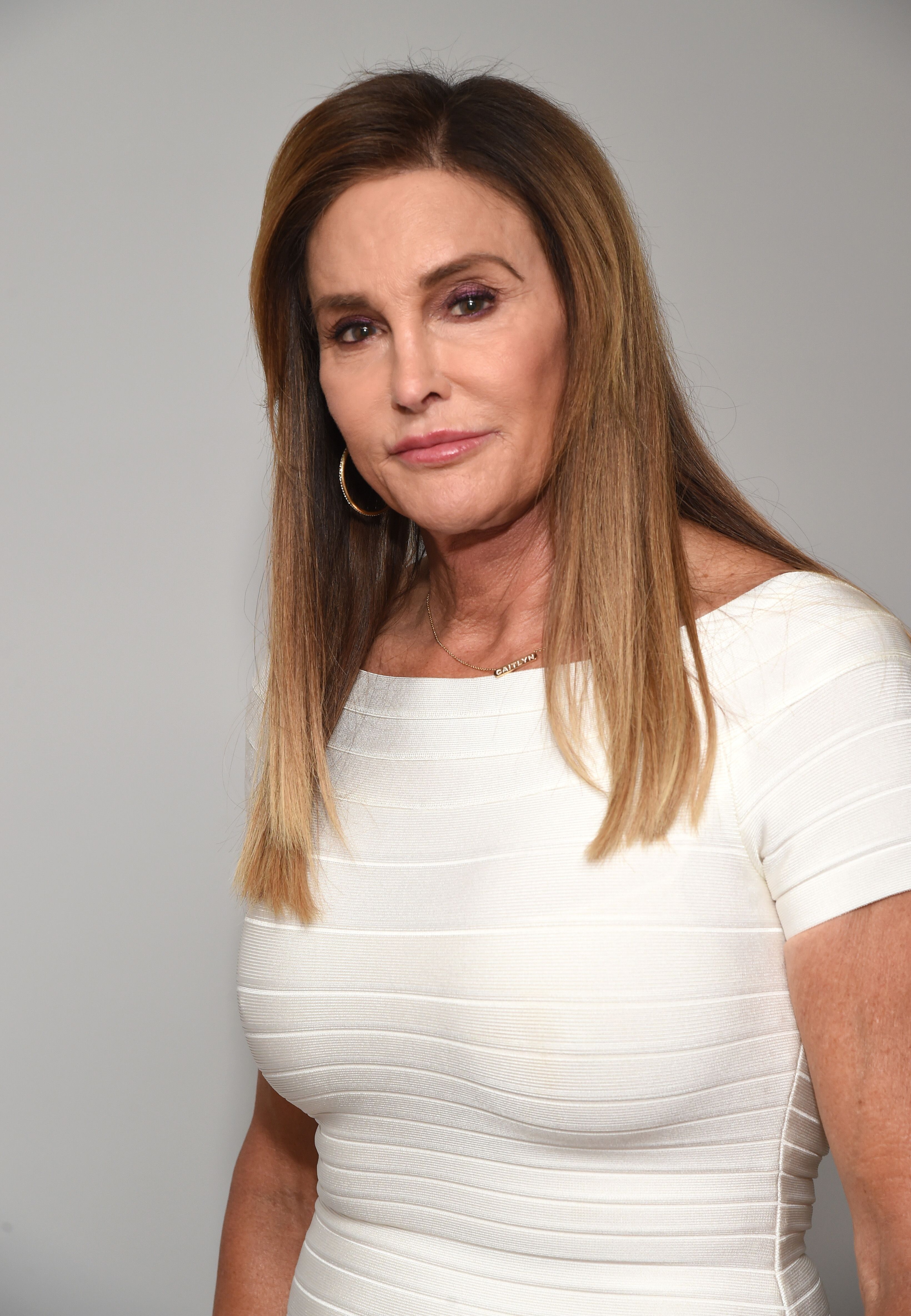 The rumors are that Cait is adamant that the Kardashian-Jenner matriarch planted the seed in Ellen's head to ask the Olympian about gay marriage in order to sabotage her reputation.

“Caitlyn really believes that Kris put Ellen up to the line of questioning that she went for in the interview,” the source revealed.

And what do you think about it? 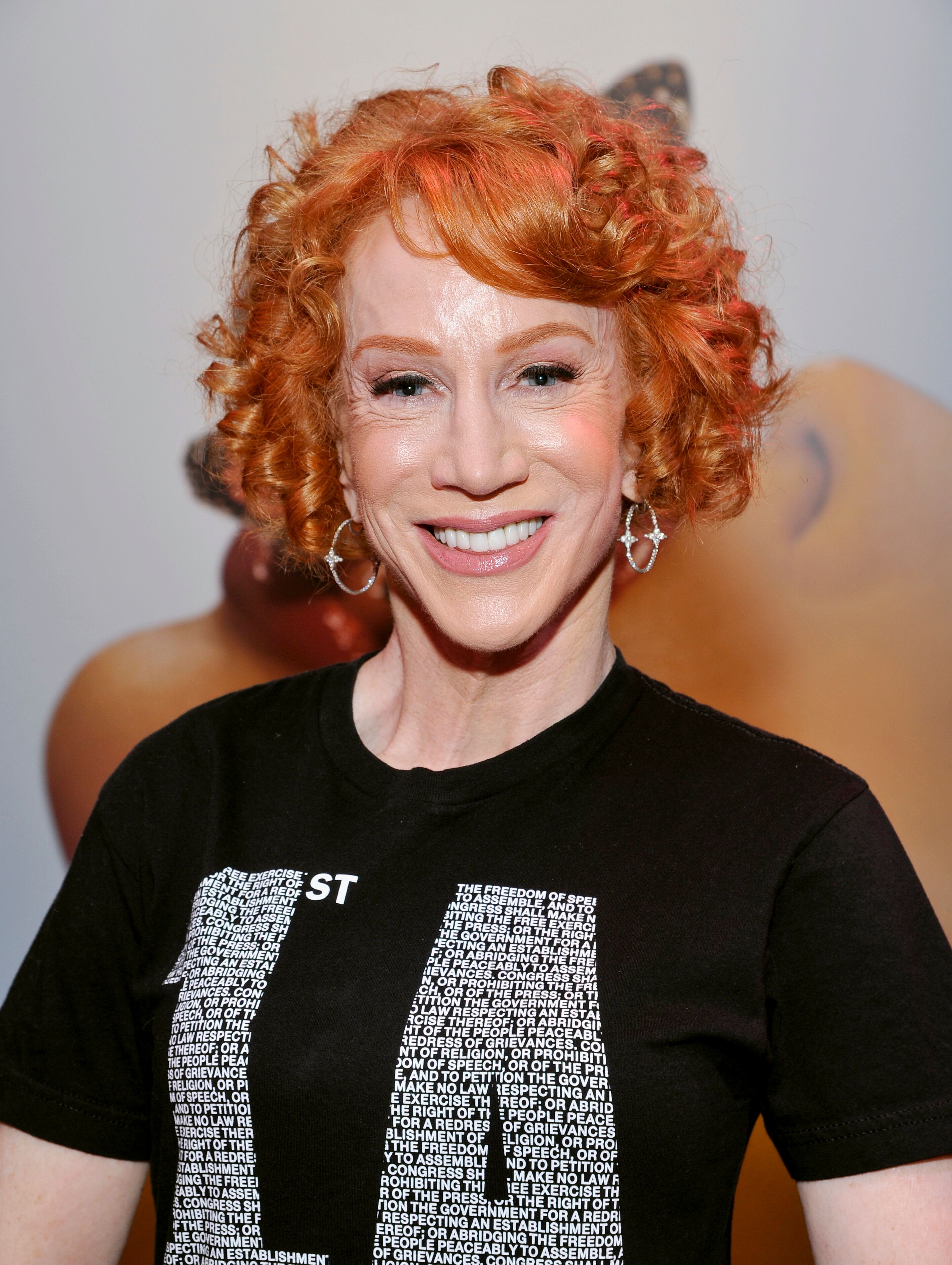 In 2016, Kathy Griffin published her scandalous book, Kathy Griffin's Celebrity Run-Ins: My A-Z Indes, in which she slammed 125 stars. And as you could've guessed, she didn't miss Ellen DeGeneres either, though she didn't use her name.

"I'm almost positive a certain beloved daytime talk show host once had me kicked out of a backstage dressing room at the Emmy Awards," Griffin writes, leaving little doubt about the host's identity. 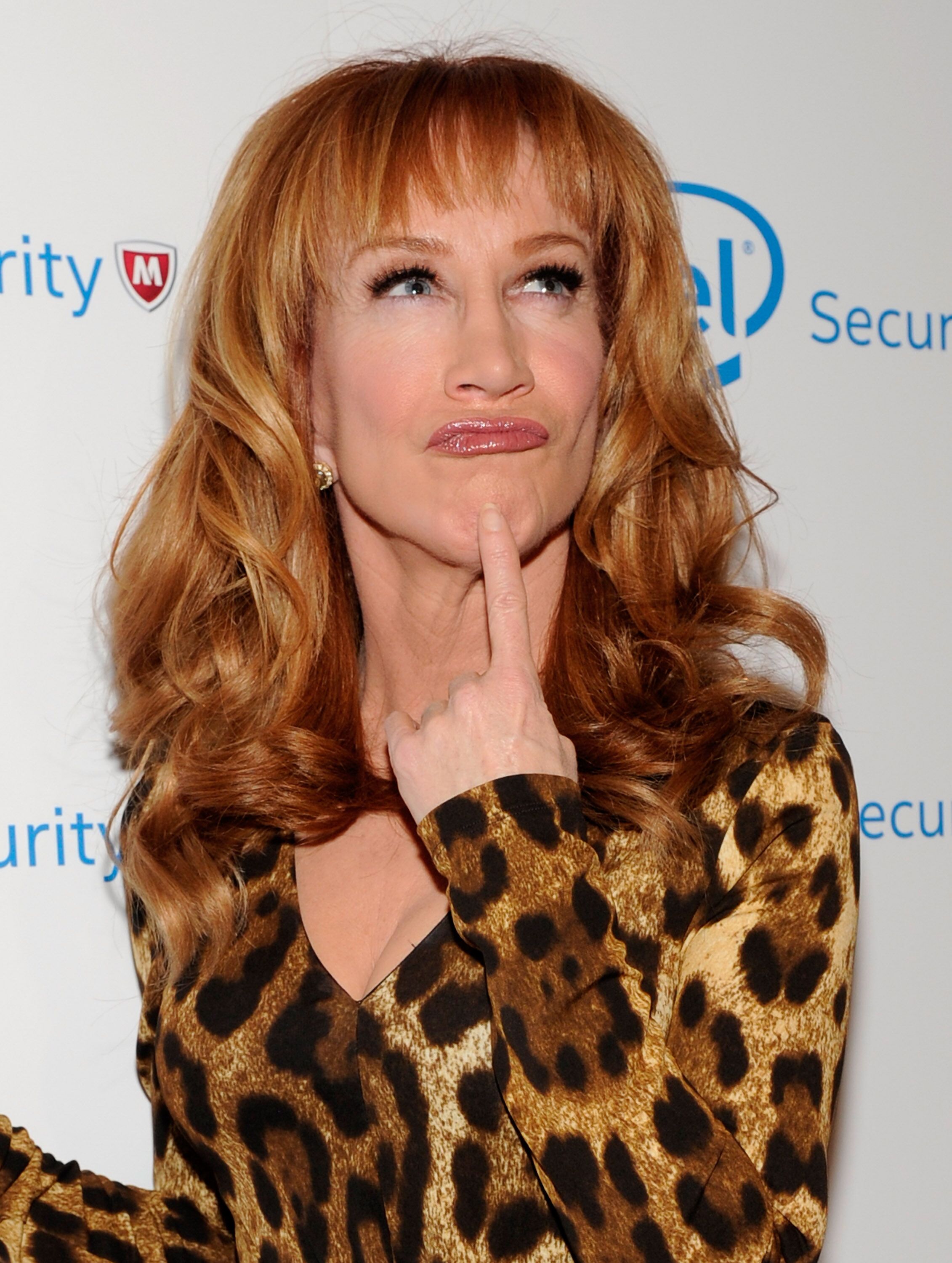 "I can't prove it, but this person, who has short blonde hair, has a mean streak that all of Hollywood knows about."

During the promo tour of the book, Kathy remembered the case which was almost 10 years old back then. "Ellen did a monologue about how mean I am." Though that doesn't quite seem to be the reason for her hating Ellen that much. Nearly a decade later, this drama seems far from over. 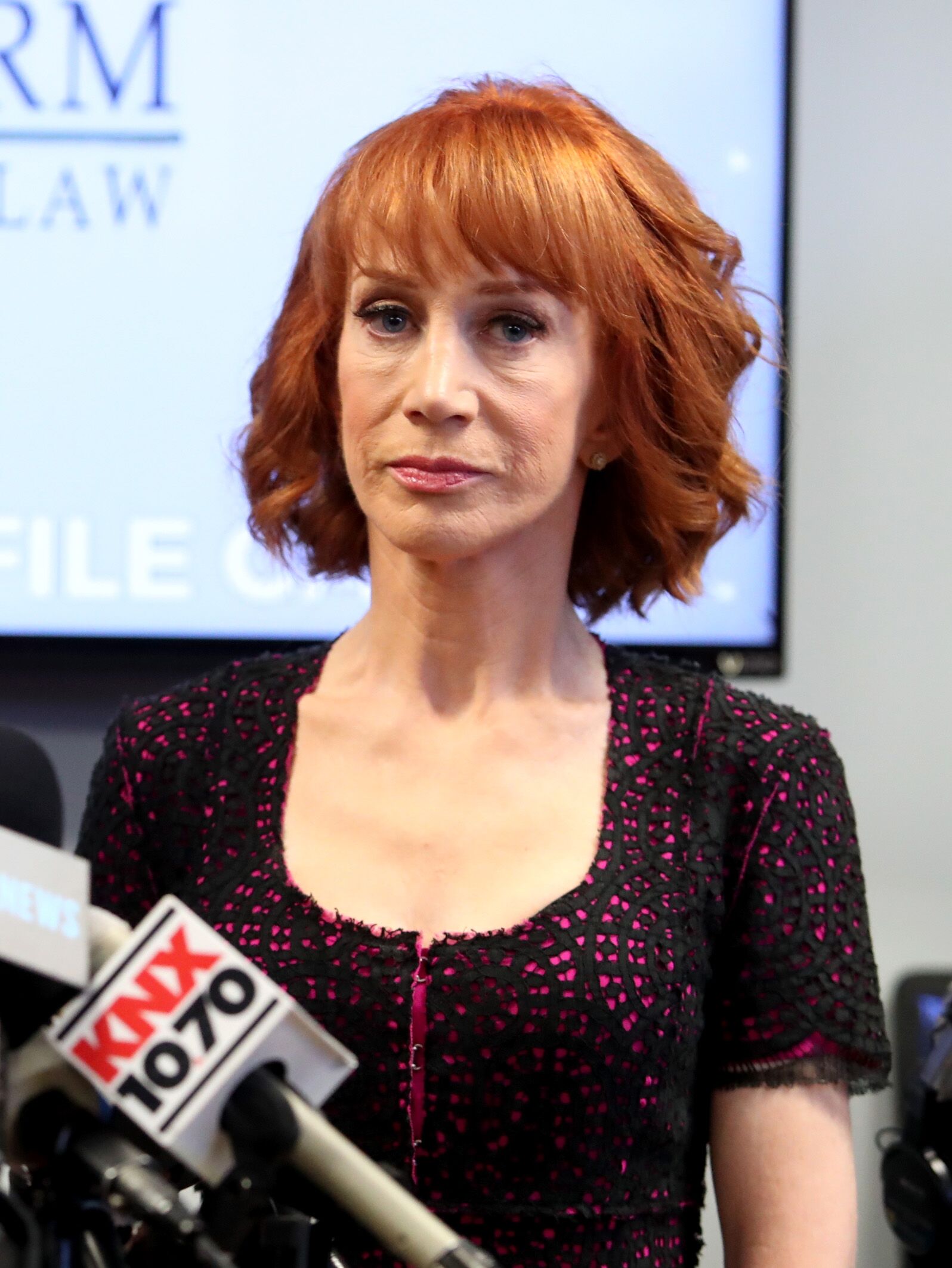 Griffin told The Hollywood Reporter in 2016 that she received a harsh call from DeGeneres about Celebrity Run-Ins.

"[DeGeneres] was extremely upset, and I think she had a thought that she was going to, like, put me in my place, or whatever, but as you know I'm not shut-uppable," Griffin said.

The reason behind such behavior only recently became clear. 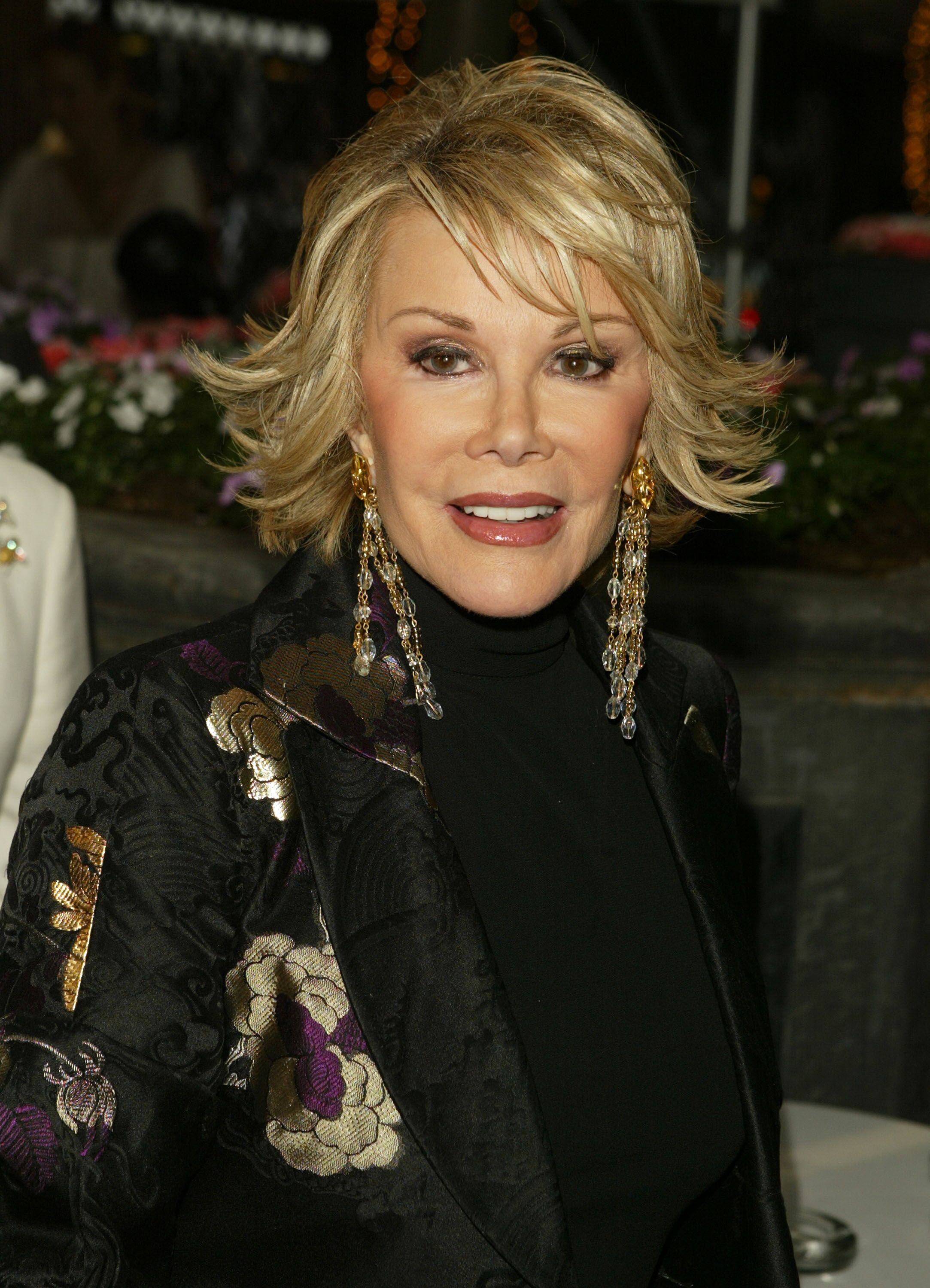 So what is it? In fact, Griffin said that she and DeGeneres got into a dirty war of words shortly after Joan Rivers's death

“One of the things that really hurt Joan, and we talked about it at our last meal together, was that Ellen always shunned her and Ellen thought she was vulgar and not funny,” Griffin told the audience, according to Variety. 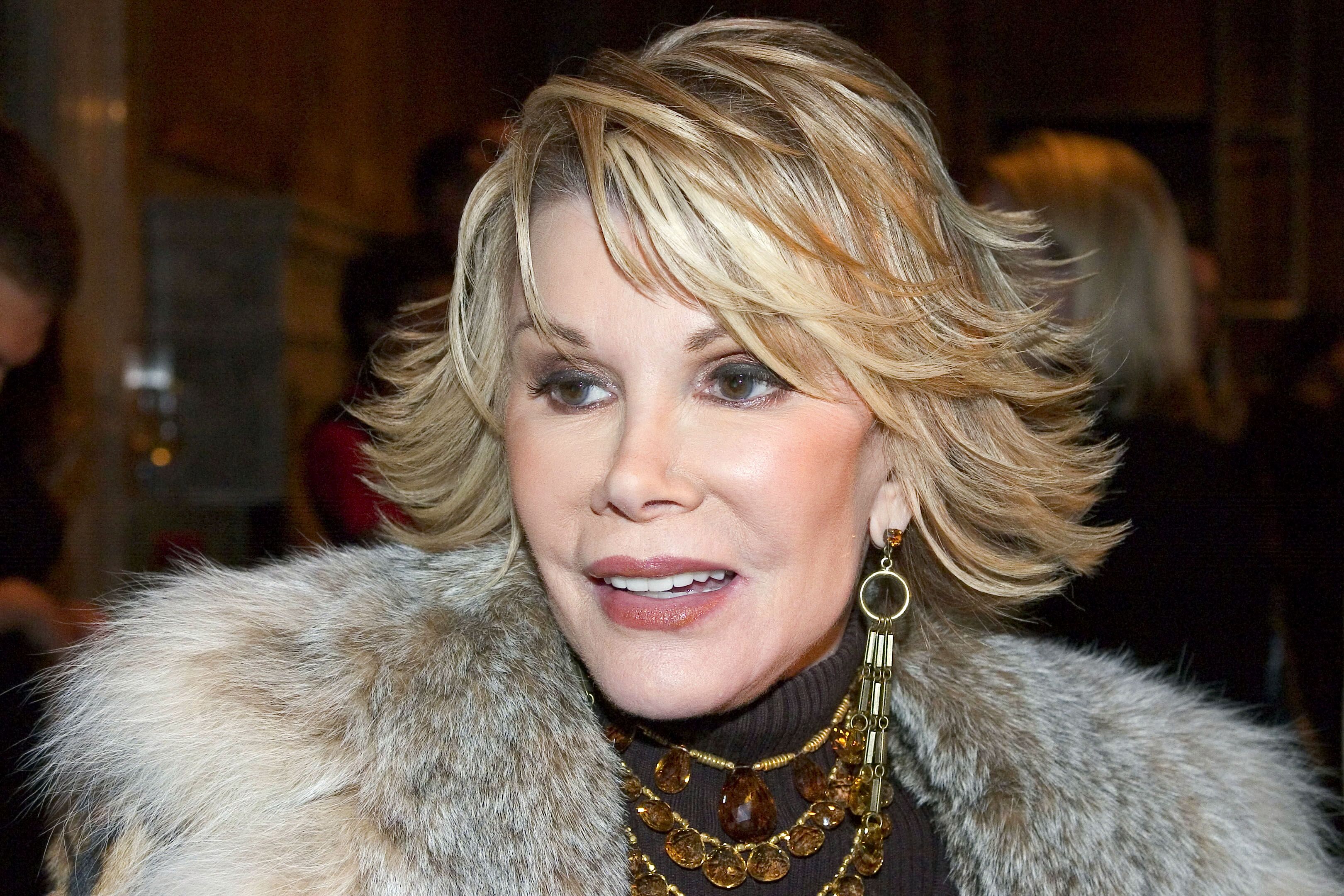 Knowing this, the 57-year-old "D-List" comic still reached out to DeGeneres to check if Ellen would do a tribute for Rivers after Joan died in 2014. According to Kathy, Ellen didn't want to do it, because she regarded Rivers's humor as "mean," Variety reported. That did not sit well with Griffin, who said that her colleague's words set her off. 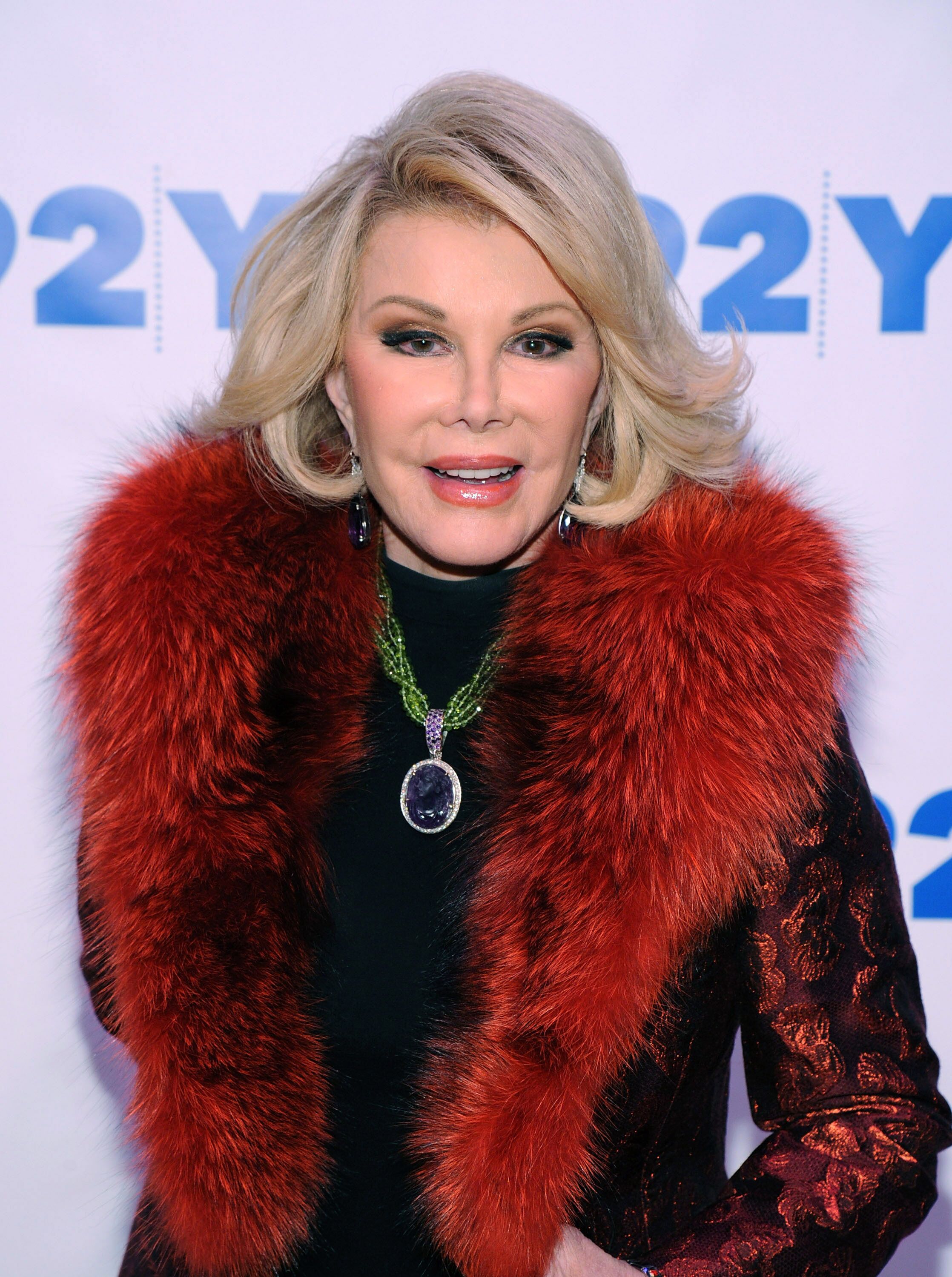 “So we had a fight in which I used inflammatory words,” Griffin said. The celebrity continued with a passive-aggressive compliment of sorts:

"Joan Rivers didn't have a mean bone in her body, and I wish Ellen would have really celebrated her more because Ellen has such an amazing, incredible platform," she said, adding, "Joan broke the glass ceiling for women talk show hosts." 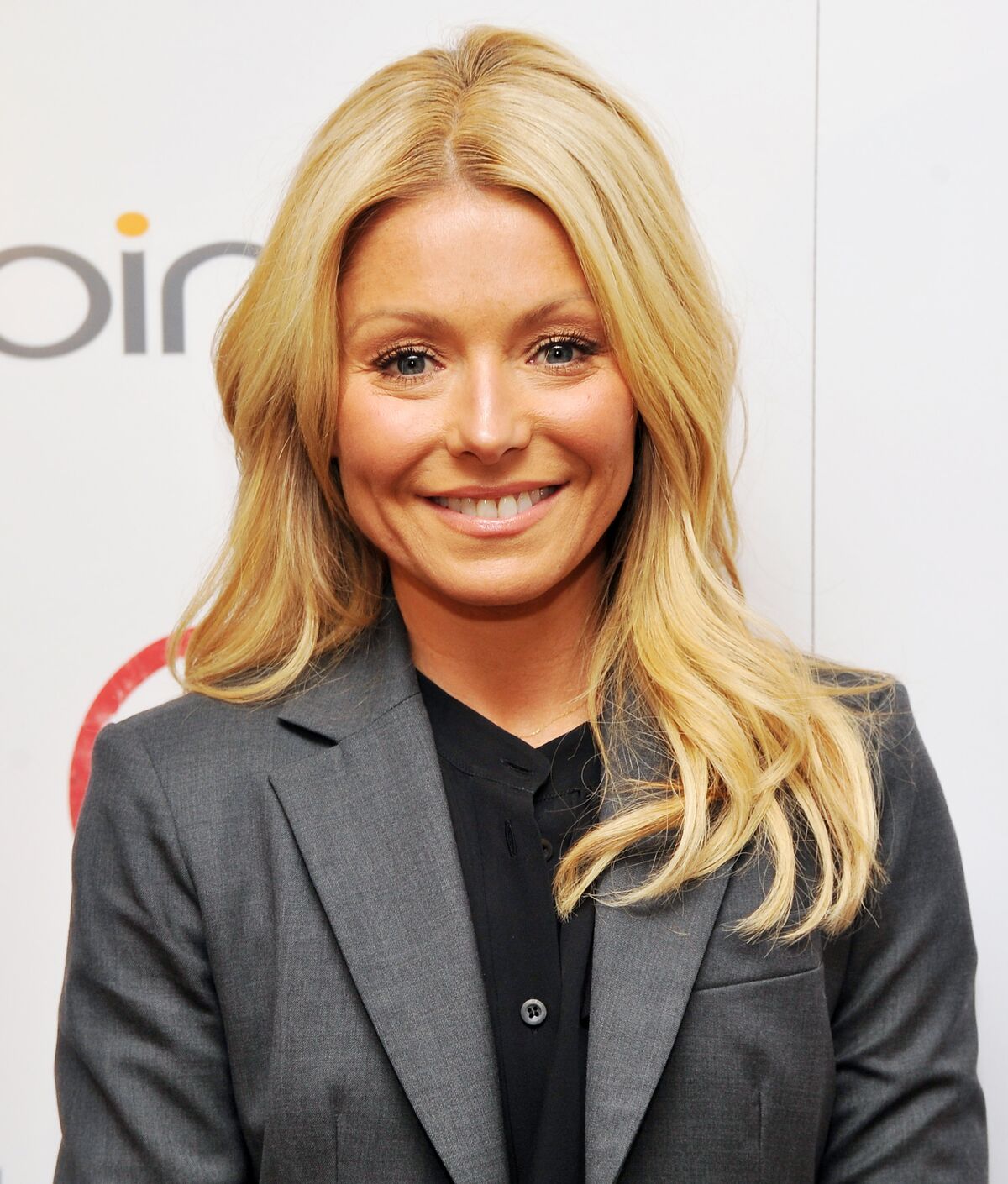 Kelly Ripa and Michael Strahan were one of the morning show circuit's favorite couples while co-hosting Live! with Kelly and Michael back from 2012 to 2016. But when Michael suddenly announced he was leaving the show to join ABC's Good Morning America, their relationship quickly crumbled. Most hosts remained neutral in this conflict

But Ellen invited Michael Strahan to her show, which, of course, made Kelly Ripa mad. 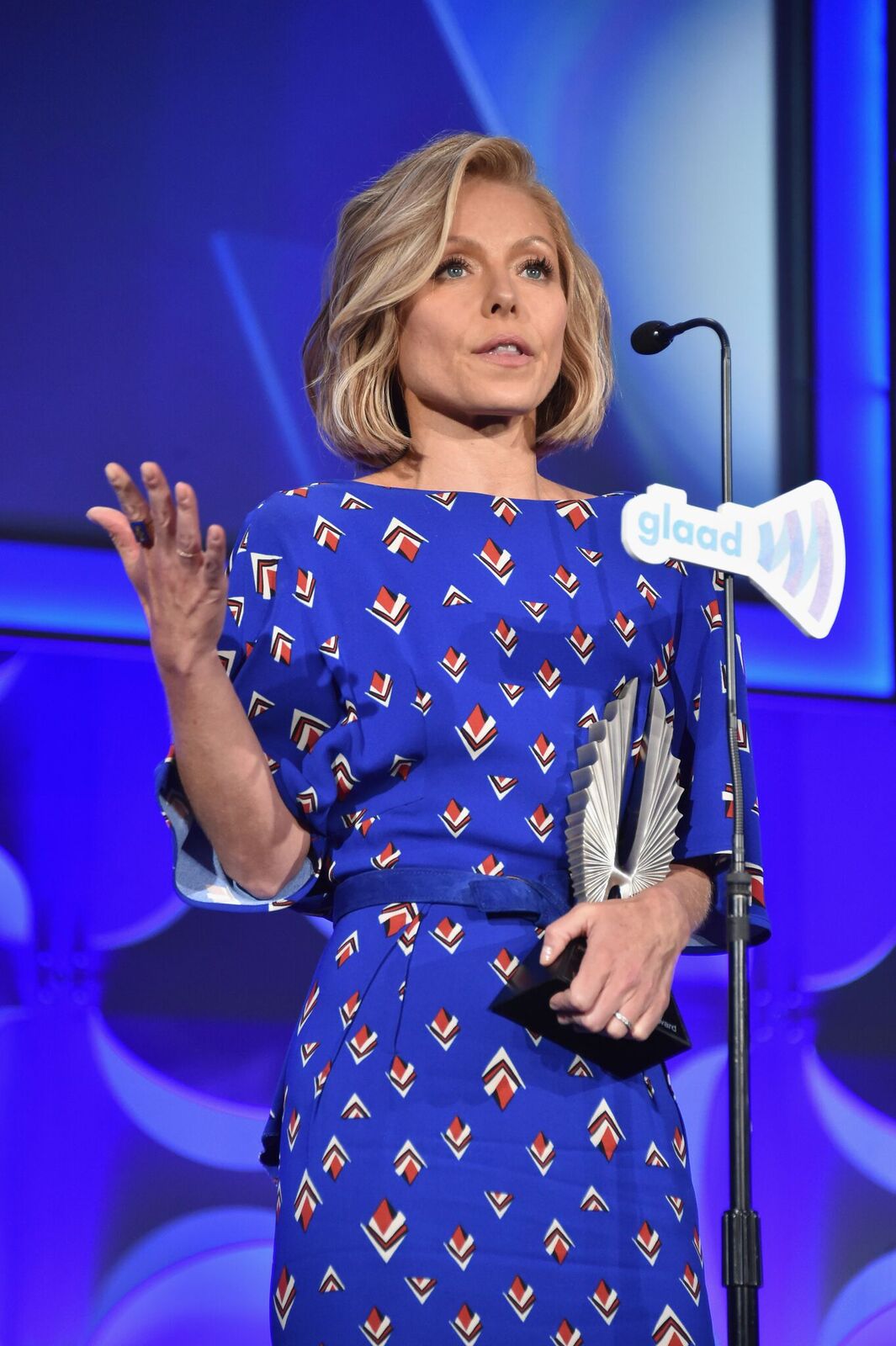 "Cozying up with Michael was like telling the world she had taken his side and was taunting Kelly," which left Ripa "livid."

People's opinions on that were quite different. Some think Ellen did that by accident, and some believe she's too smart to make that kind of a mistake.