Ziva David, the multi-lingual Mossad liaison officer, played by none other than the stunning Cote De Pablo, captured the hearts of NCIS fans. The Chilean-American actress is best known for her role as Ziva David, but the star's resume was already impressive. Before NCIS she was co-hosting shows and winning awards, and since her role on NCIS, she's lent her voice to two award-winning musicians! Read on to find out why this actress is so picky about her roles and why she'll never get plastic surgery. 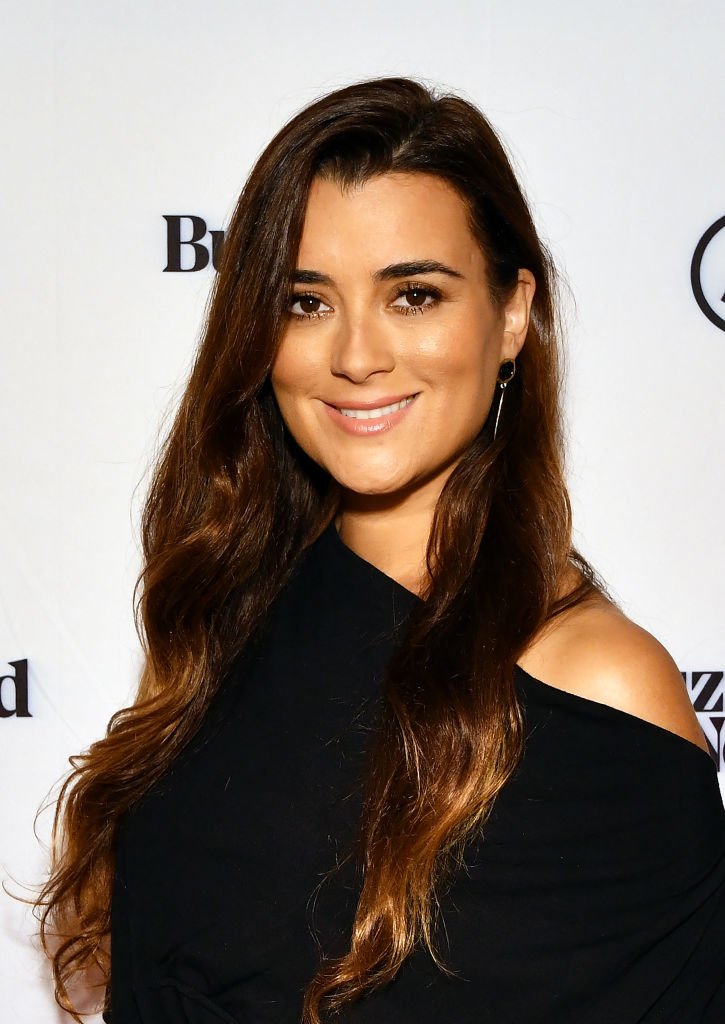 WHERE DID IT ALL BEGIN?

Born in Santiago, Chile, she moved to America when she was ten-years-old. When she was only 15-years-old De Pablo co-hosted episodes of the Latin-American talk show Control with former Entertainment Tonight host, Carlos Ponce. She went on to attend Carnegie Mellon University to study music and theatre. After a number of television roles, in 2005, she was cast to portray the leading character, Ziva David, in the CBS television series NCIS. In 2011, De Pablo won an ALMA Award for the role. In 2008, she lent her voice for a portion of Tom Waits' song "Temptation" for an episode of NCIS. She also sang on Roberto Pitre's Vivo En Vida album. Here are 20 other interesting facts we found out about Cote!

Cote de Pablo was born Maria Jose de Pablo Fernandez. Rumor has it that when she moved from Chile to Miami, people at her new school could not pronounce her name, so she changed it to "Cote," a common Chilean nickname for María José. 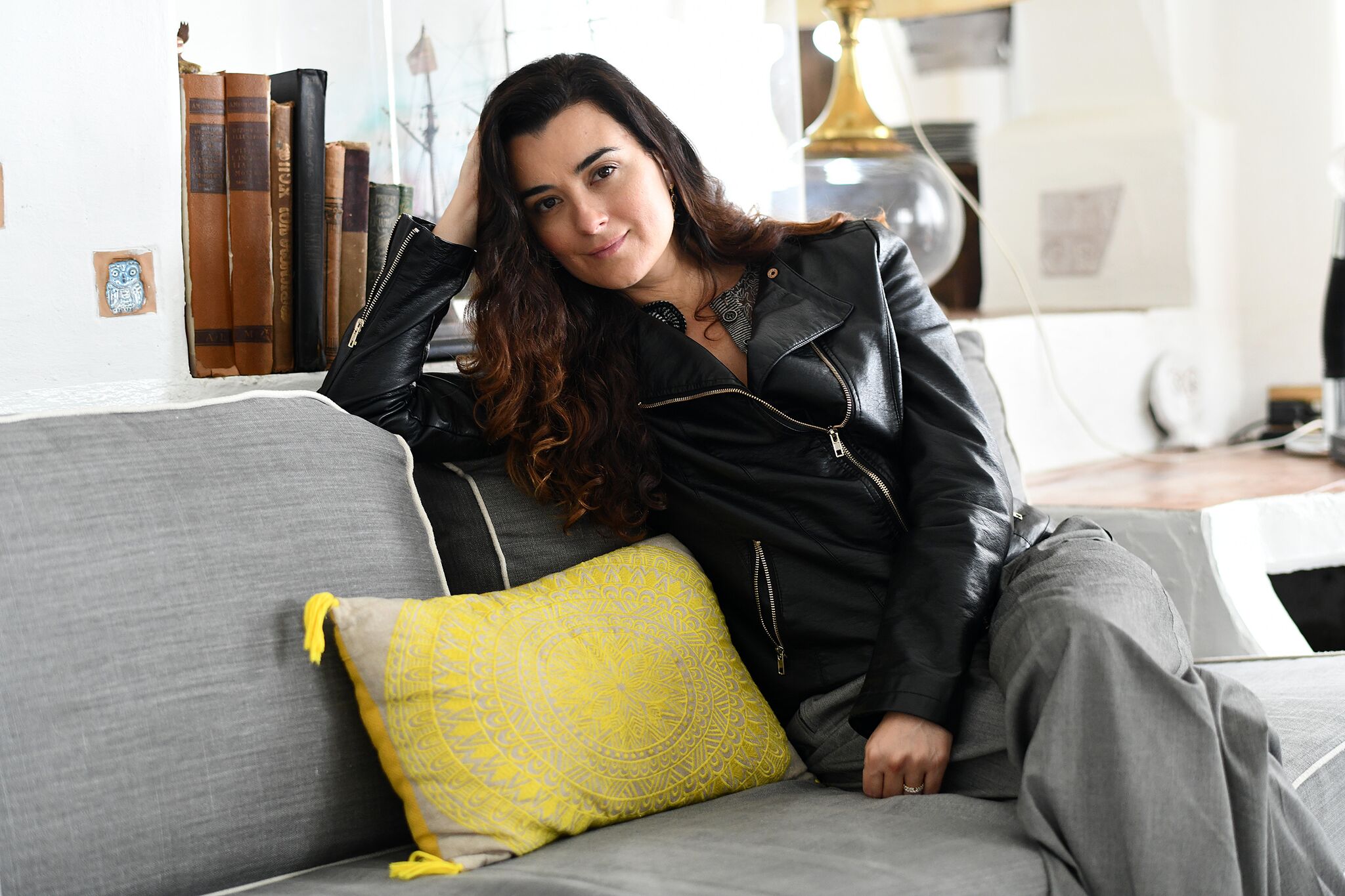 2. SHE WAS A STAR ATHLETE AS A CHILD

When they moved, she did not speak much English and struggled until a teacher helped her find her path. She said,

"In 5th grade, I had a teacher… who was wonderful, and he was an older man. And the only thing I knew really was 'run.' I knew what that meant. And so he put me into the track and field, and so he got me starting to run and all that stuff, and before I knew it, I was a little track and field star. And I remember, he would say in the middle of a competition, he would scream and get very red and scream, 'Cote, run!' And that's all I knew." 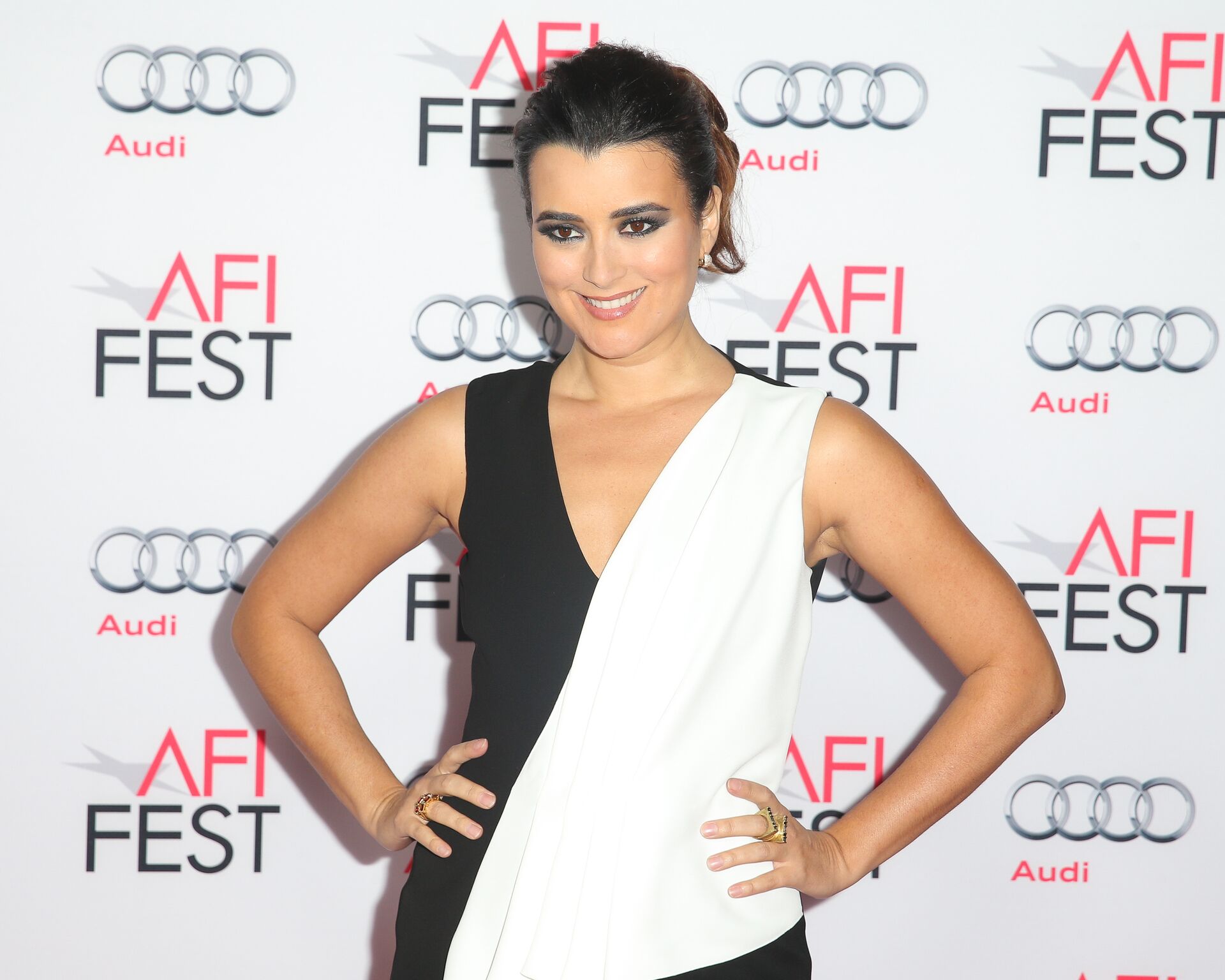 3. DE PABLO DIDN'T WANT TO BE AN ACTRESS

Growing up, De Pablo had a different dream. She reportedly did not want to be an actress but a secretary. She told TV Guide,

"I, believe it or not, wanted to be a secretary, much like Maggie Gyllenhaal in The Secretary. … I had clips all over and markers, and you know, the old-fashioned typewriters… I like to follow direction… and, by the way, I became an actor, so I'm kind of doing it anyway." 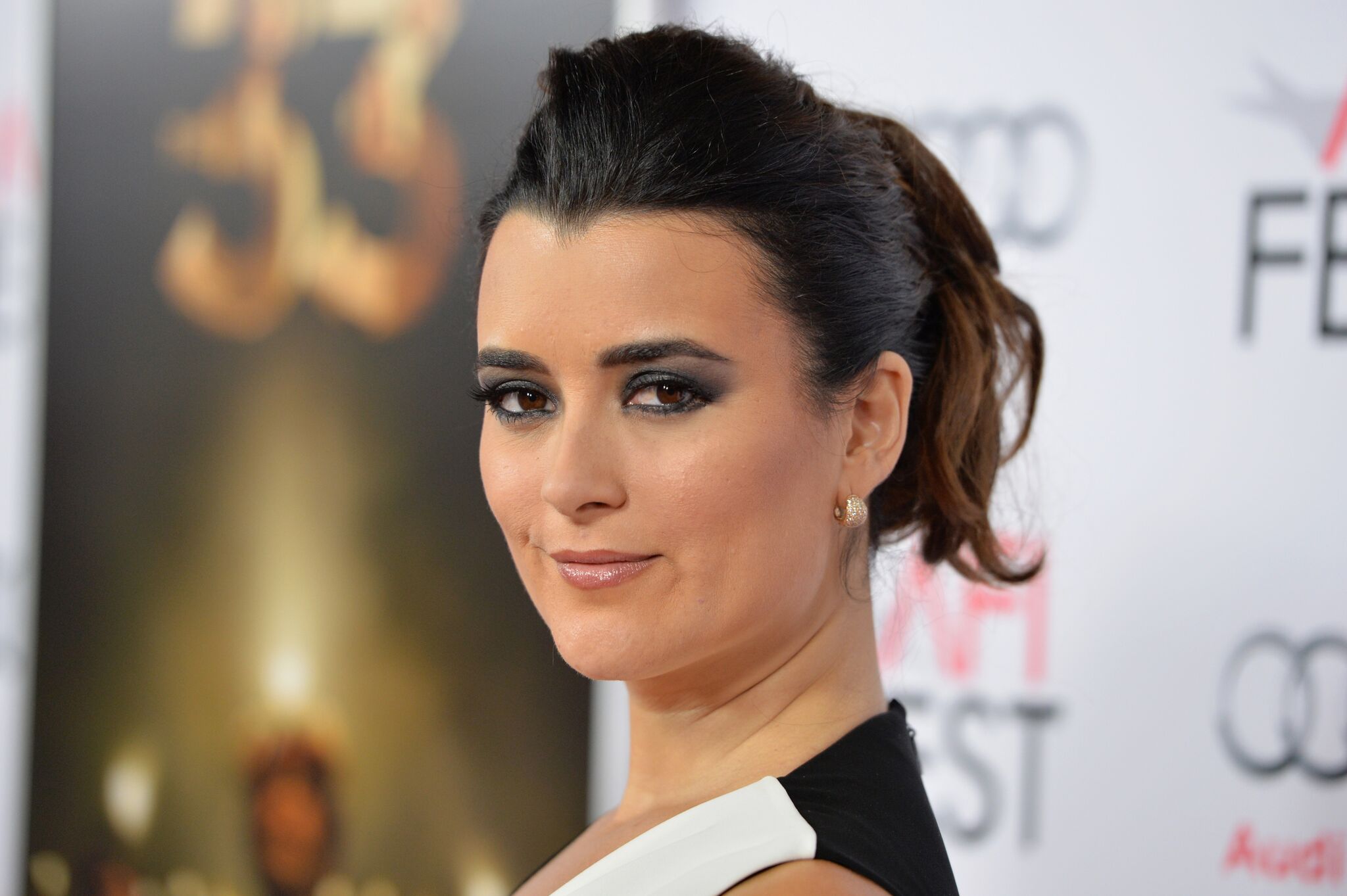 De Pablo attended a performing arts high school, which aided in learning English. She revealed she had always been interested in the arts but mainly used it as a "way to communicate with people in my new country…My friend had the perfect saying for it: 'You found your tribe.' We're not Chilean or Argentinean or Brazilian or Russian. We're actors." 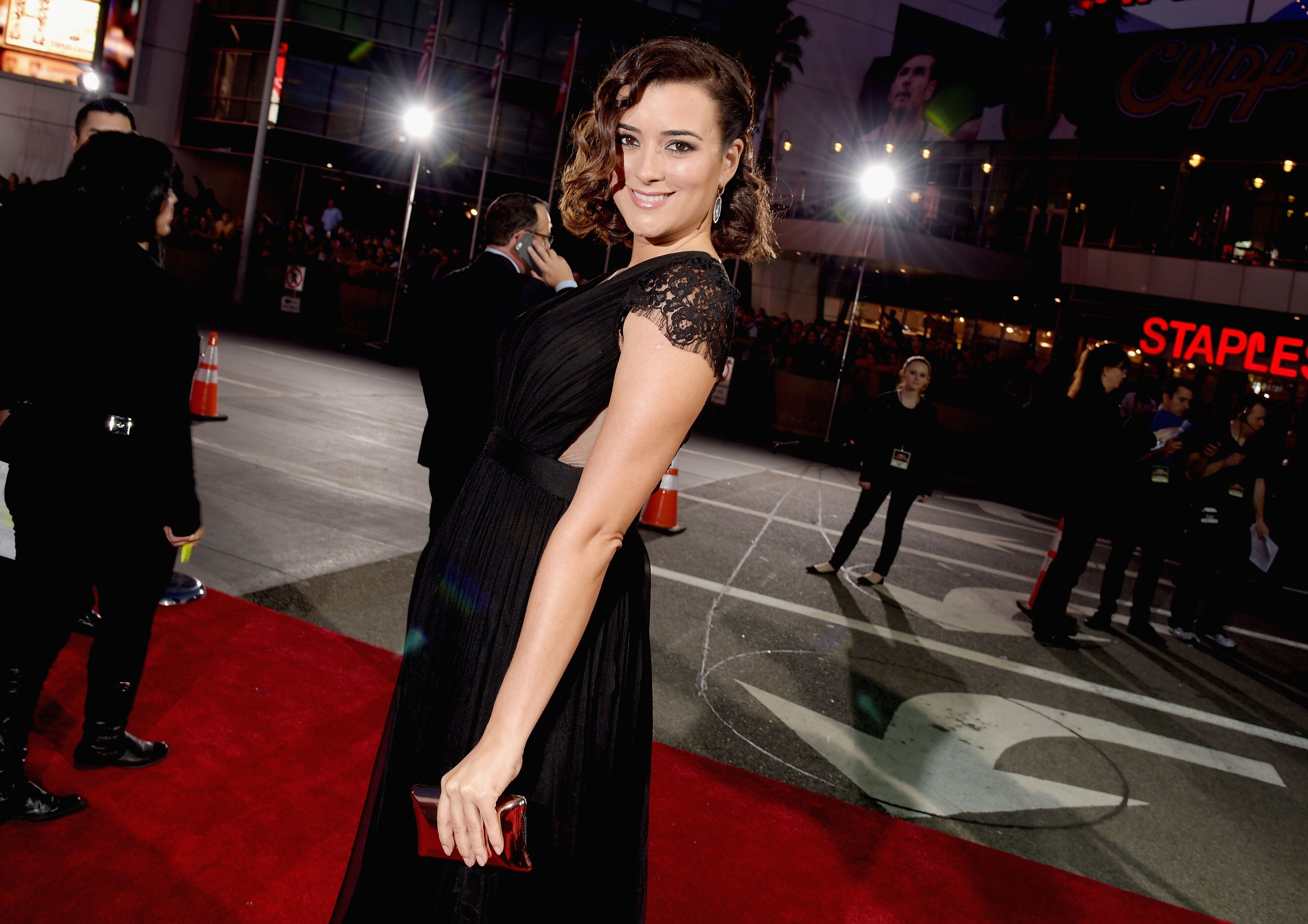 Her love for the arts continued through high school. She went on to study musical theater at Carnegie Mellon University in Pennsylvania. While there, she appeared in several plays, such as And the World Goes 'Round, The House of Bernarda Alba, The Fantasticks, A Little Night Music, and Indiscretions.  She graduated in 2000 with a Bachelor of Arts in Musical Theater. 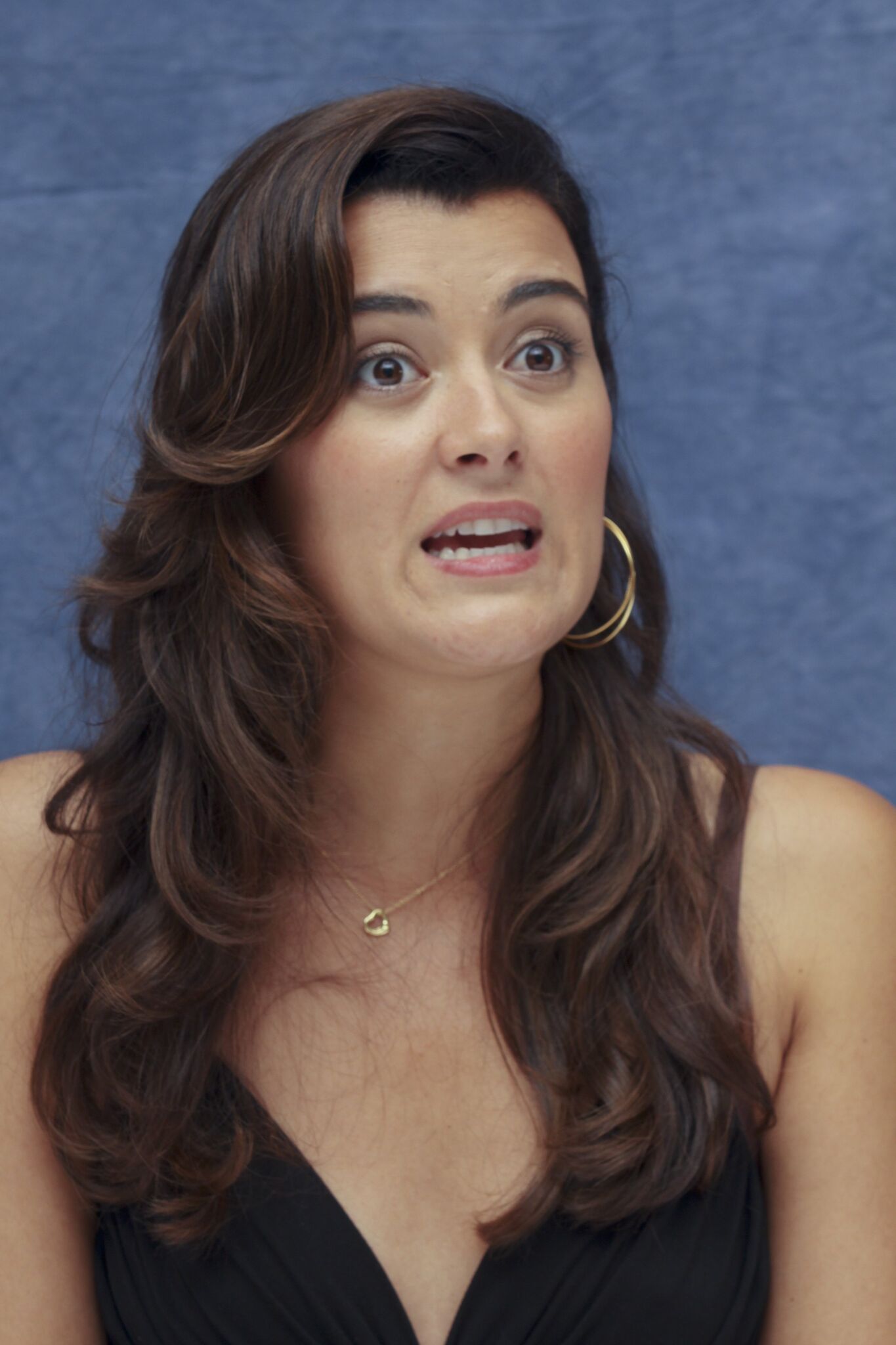 After graduating, she appeared on the New York City Public Theater stage for a Shakespeare production, on the daytime TV show All My Children, and in commercials. De Pablo also played the role of Marguerite Cisneros in The Jury (broadcast on the Fox Network).

The show was short-lived, having only ten one-hour episodes. In 2005, De Pablo was set to debut on Broadway in The Mambo Kings as Dolores Fuentes, but the show closed after its trial run in San Francisco, and two days later, she was auditioning for NCIS. 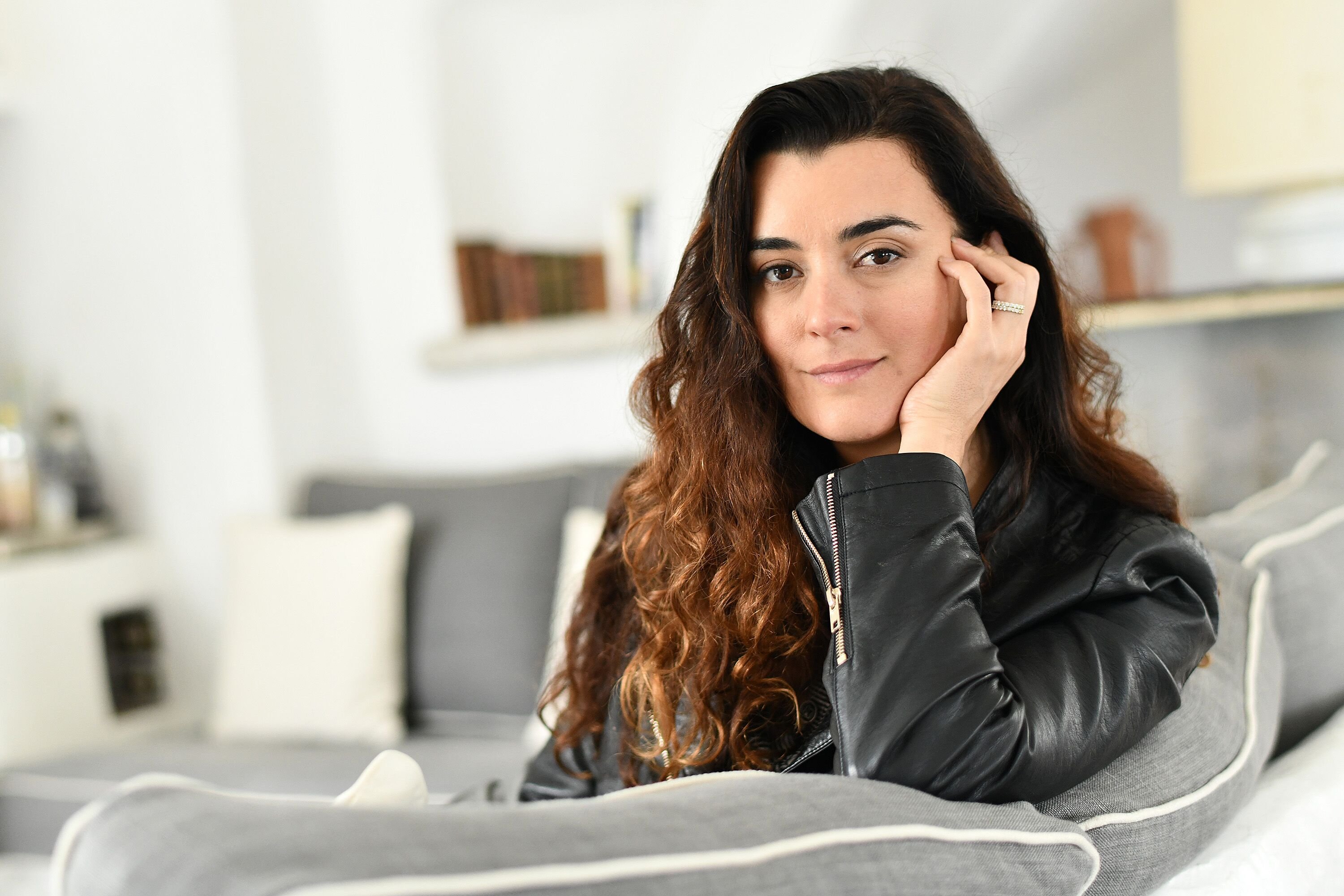 She might play a former Israeli special forces veteran on NCIS, but the star revealed during an interview on Good Morning America that she had never fired a gun and was also terrified of them. Pablo revealed that she had "wanted to stay for more episodes, but had no choice in that matter." She later told TVLine that she felt the writers "rushed" her exit and that she "would have liked a little bit of closure." 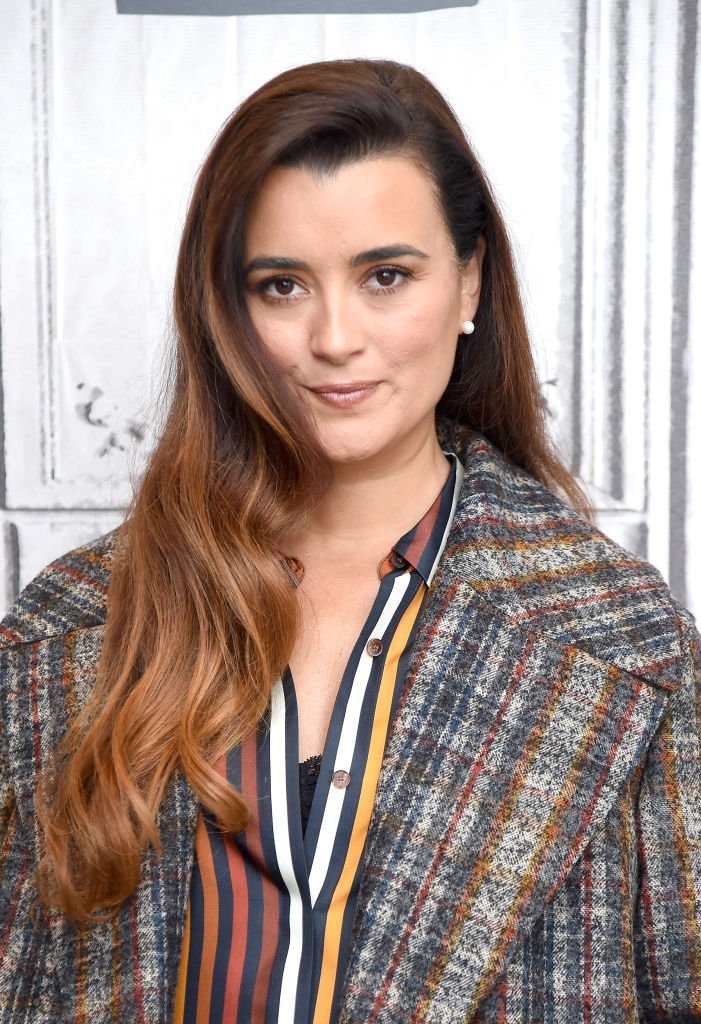 9. THANKS TO THE FANS

She left the show after eight years and more than 180 episodes. Fans were distraught to see her go and petitioned for her return. During an interview with TVLine.com, she said, "When you make decisions like this, you never expect for people to fully understand. So it was really delicious to feel that kind of love, and I'm always grateful for that." 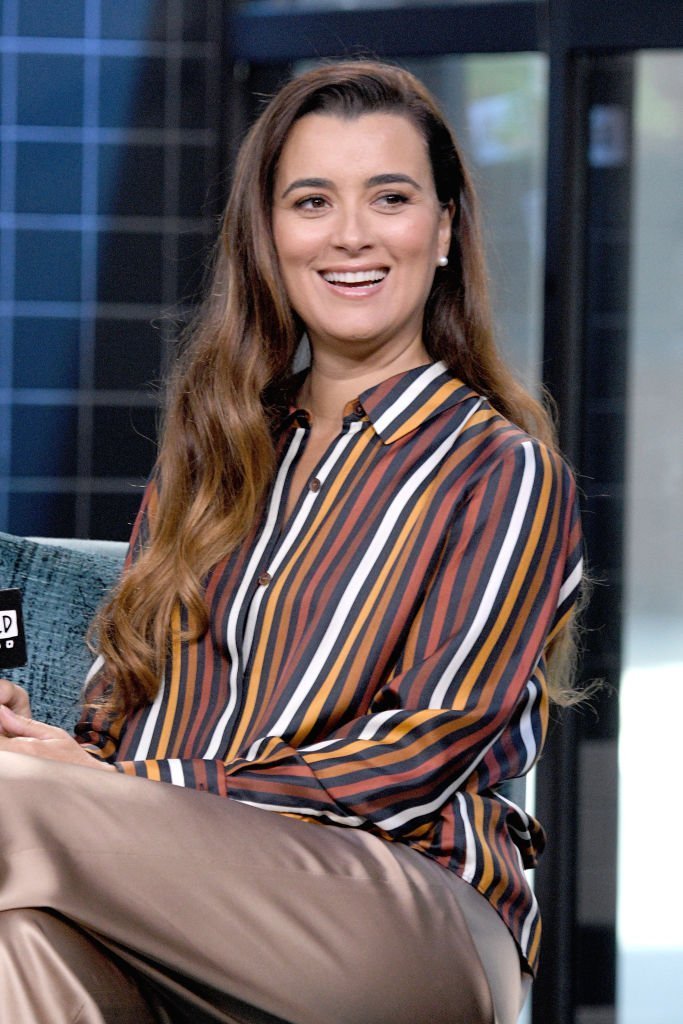 Besides acting, she also flexed her musical talents. She reportedly initially did not want her character to sing; however, the NCIS writing team kept the idea on the table, and after two years, she gave in. She also sang in the Season 6 premiere of NCIS. 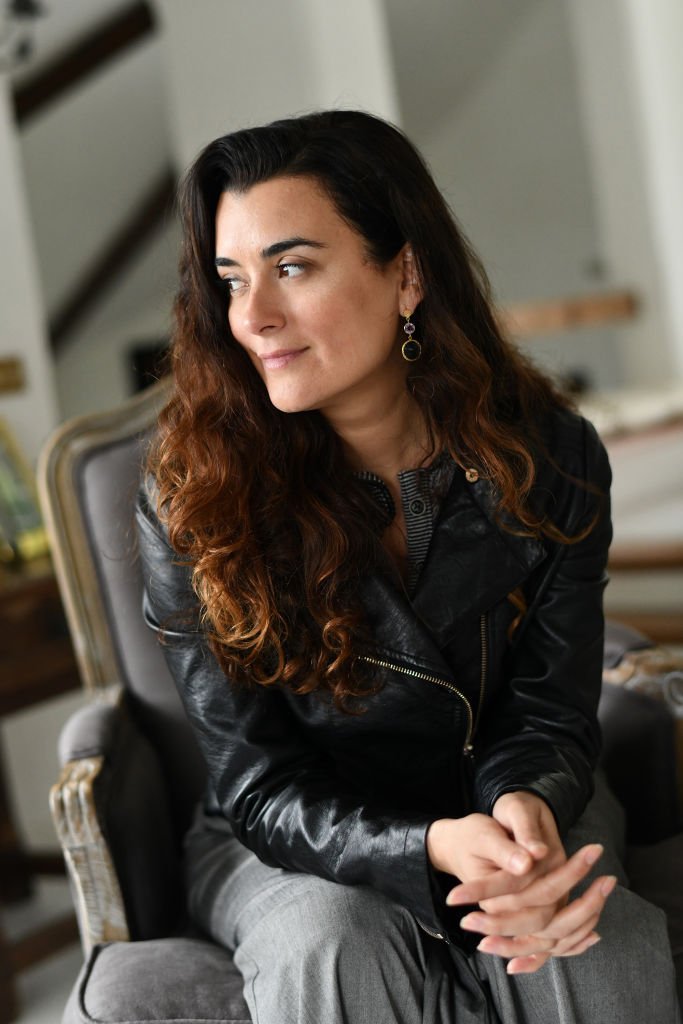 11. YOU GOTTA HAVE FAITH

She was raised in a "conservative and Catholic environment," but her faith in God was truly solidified when she was 21 years old. She revealed that her grandmother's battle with cancer was a spiritual awakening for her. 12. SHE ALSO BELIEVES IN REINCARNATION

De Pablo does not identify with a specific religion and believes there is "a very big God out there," saying she also believes in reincarnation, based on "the majestic beauty in nature and the overwhelming perfection of it." She also said that one pass at human existence isn't quite enough. According to reports, De Pablo does most of her own stunts in NCIS. Once, she ended up with a neck injury from a stunt that later healed but inspired her to take up yoga regularly.

“We were supposed to be in a big restaurant kitchen, and I was being hit by flying cabbage–I still have the bruises on my legs. [A few days later] I woke up in horrible neck pain. My mother always used to say, ‘You don’t think about your teeth until you have a cavity'” It was the same thing with my neck. But it’s 100% better now. Because of that injury I’m going back to yoga.” She once said, "I'm not on Facebook. I'm not on Twitter. I know a lot of celebrities who go around complaining how little privacy they have. And then my question to that is always, well, how much of yourself are you putting out there? If you are everywhere, then you've sacrificed the very thing that you are complaining about, which is your own privacy." De Pablo is firmly against plastic surgery. She believes women should embrace their age, especially on television, because there "is no age on TV, it would be a crime because TV must reflect a world that is more diverse than women between 25 and 40. She expanded, explaining that she would never want to get an operation just for a role, "if they don't give it to me for talent, I am not interested," De Pablo said.

"You see beauty campaigns with Diane Keaton and others 60, 70, and it is because there is a market with great purchasing power. Not seeing them does not mean they cease to exist. And those in charge of programs and soap operas should have this strong female presence because we are living longer, getting better and more magnificent. If we are aware of this and we make a decision, we can transform public consciences and generate great changes." The NCIS actress revealed that even though the show has made her famous, her home country is a refuge from her grueling TV schedule because nobody knew her.  After working 12 to 17 hours a day, Monday through Friday for months, the cast has a two-week break. De Pablo uses this time to retreat to her house on the beach in Santiago, where even though she starred in one of the most popular TV series in the world, she could be anonymous.

"I liked that here they didn't know me," she said. "I could be left in peace, although I don't deny that I love when someone approaches me and says, 'You're the actress that is doing things in Hollywood, my children are fans of your series.' This makes me proud! It is different when an American says this than someone from Santiago." She speaks fluent English and Spanish, but her character also speaks German, Russian, and Arabic. De Pablo revealed she was supposed to be European in the show, but at the last minute, the plan changed.

"Within 48 hours of actually getting the part, they changed the part to an Israeli woman. And then within 48 hours of that, I had to shoot. And then they gave me a huge monologue that I had to learn in Hebrew." She said. She later added, "But, it doesn't seem to ever be perfect enough, especially when you try to be as perfect as possible, and you have twenty-four hours to learn a language phonetically." De Pablo is known for making her own decisions and carving her path. She is not afraid to go against societal expectations both in her career and personal life.

"The last time I was home visiting Chile, I was grilled about having kids and about whether I would baptize a child when I have one. Our lives are just very different. I'm not sure if they agree, but I'm not giving up my opinion." The actress lists "Game of Thrones as one of her favorite shows. De Pablo expanded, saying she also enjoys shows that have "women wear long beautiful hair, corsets, and lovely wardrobe, I'll be there watching. Especially if they have sexy scenes with lovely men that have beards." De Pablo's best friend is her mother, and they bond through cooking. She revealed that after her parents split, her mother returned to Chile to live. But distance doesn't keep these two apart! De Pablo shared that her mom will come to visit for two to three weeks at a time. She once said,

"My mom has a rare talent for being able to open up the refrigerator, and with the peas, the leftover eggs, the cream, the spinach, the cheese, and a little rice, she can just whip up incredible risotto." As for NCIS, De Pablo has starred in two episodes, and is set to appear in two more this season. Fans are rallying again, pushing for a “Tiva” reunion, plus Tali, as Ziva and Tony shared a narrative for nine seasons. Can you have one without the other?