In recent years, there hasn’t been a show with more unbalanced opinions than the reboot of “Charmed”. Some people love, some people hate, however, one thing remains the same to everyone: their passion for the original version of the how. It has been some years since the show stopped airing, so let’s have a look at what the cast members have been up to since then!

It was a shock to hear that Shannen left the show at the peak of its popularity. In reality, life on the set of Charmed was anything but charming. Doherty had an off-screen feud with co-star Alyssa Milano, which went so far that one day Milano gave producers an ultimatum that either Doherty should leave the show or she would. 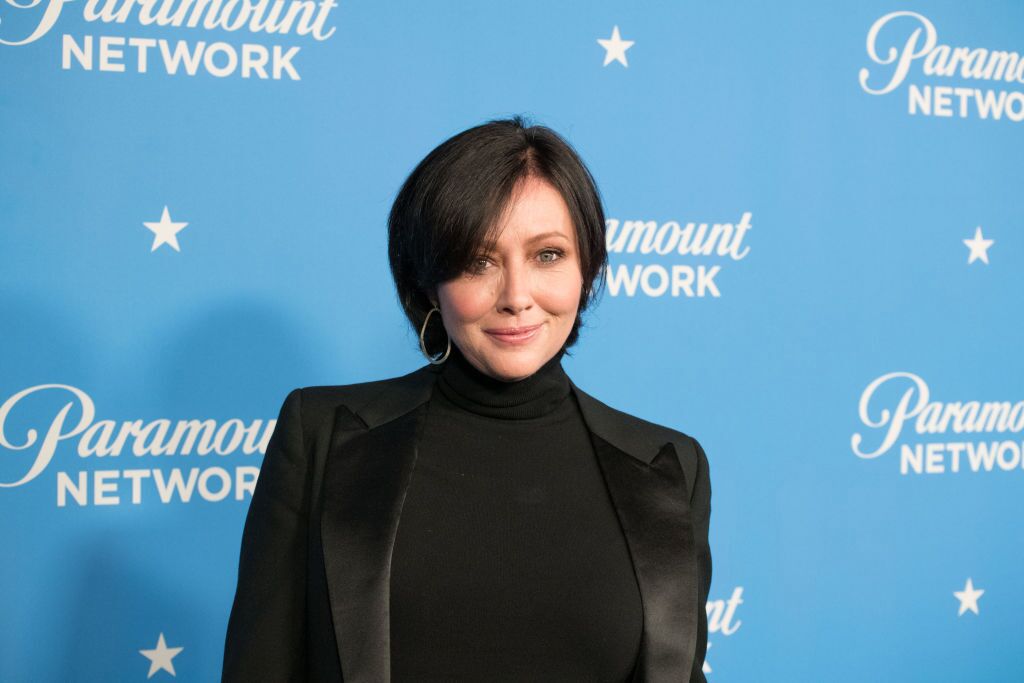 The real reason behind their conflict was never revealed. Although the popular theory is that Doherty was jealous of Milano's growing popularity. Because before that, Shannen was the only star on the set, thanks to her previous character Brenda in the famous Beverly Hills series. WHAT HAPPENED IN HER PERSONAL LIFE AFTER THE SHOW?

The eldest sis left the show and faced some real challenges in her life. A year later, Doherty unexpectedly got married to famous poker player Rick Salomon but the two split up after just nine months. After a devastating relationship, she focused on her career and starred in a couple of projects, which didn’t bring her much joy or popularity. Shannen started her own reality show “Breaking Up with Shannen Doherty”, but it was a failure, being stopped after just one season. Shannen even appeared on “Dancing with the Stars”, but her couple was the first to be eliminated... At least her personal life got a new sparkle, as she met photographer Kurt Iswarienko - and they got married. A NEW CHALLENGE COMES ALONG

2015 brought her another challenge. Doherty was diagnosed with breast cancer that had seriously spread, which she described as "The unknown is always the scariest part... Pain is manageable, you know living without a breast is manageable, it's the worry of your future and how your future is going to affect the people that you love." She went for chemotherapy and radiotherapy following surgery and in two years she announced that her cancer was in remission. The diagnosis changed Shannen's attitude towards her relationship and her life entirely. She finally became friends with the people, who she once hated the most, including her "Charmed" co-star Alyssa Milano.

WHAT IS SHE UP TO NOW?

Shannen now really appreciates how it changed her life. Her co-stars from “Beverly Hills”, “Charmed” and even “Riverdale” all sent her words of support. Since then, Doherty started to focus more on things that bring her joy every day. Like her calm life living on a horse ranch, where she loves spending time with her four horses and three dogs.

Shannen hoped for the better but her new diagnosis last year revealed that her cancer returned. She was working on the reboot of “Beverly Hills”, “90210” and decided to keep it secret. One of the reasons why she didn’t talk about it was that Luke Perry had passed away shortly before.

WHAT DID SHE HAVE TO SAY ABOUT ALL THIS?

"Our life doesn't end the minute we get that diagnosis. We still have some living to do," the actress said. Together with diagnosis, her marriage to Kurt Iswarienko also went through a transformation, but not a bad one. Shannen states that cancer solidified them, making them appreciate each other much more, and leaving all misunderstandings behind.

“After a year of dealing with cancer coming back and other stresses, I’m back at it. Taking care of myself and embracing every day. It’s not always easy. I have days where I'm depressed or just plain lazy. But I push through with the help of friends”, she recently wrote on her Instagram.

In addition to continuing her amazing work as an actress, after the show ended, Alyssa also became a successful entrepreneur. Together with her Charmed sis Holly Marie Combs, Milano released a lingerie line. Milano also became a world-famous philanthropist, as she started working with UNICEF on ongoing global initiatives. 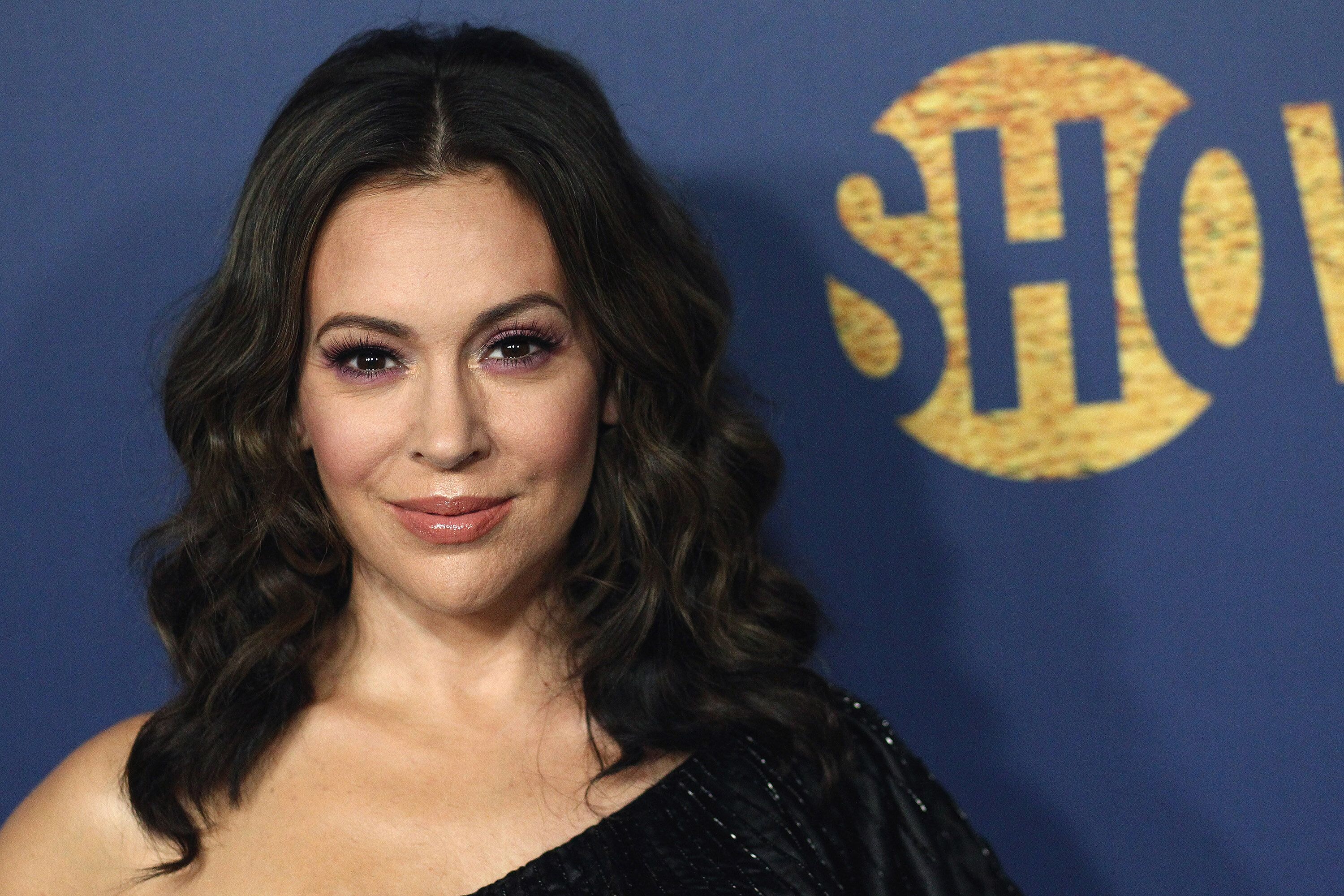 Besides, Milano published a book about her passion for baseball, “Safe at Home: Confessions of a Baseball Fanatic”. Her sudden love for baseball was not accidental. As her love interest, David Bugliari is a sports agent for the Creative Artists Agency. After the three-year love affair, Alyssa decided to tie the knot with David. WHAT HAS BEEN HAPPENING IN HER PERSONAL LIFE?

Two years later the actress gave birth to their first son – Milo. And in 2014 the family welcomed a daughter who was named Elizabella Dylan. The actress regularly posts photos of her children with her husband and their beloved pets on her Instagram.

Milano joined the cast of two Netflix comedy series: “Wet Hot American Summer: Ten Years Later” and “Insatiable”. And most recently you could see her in a leading role in “Tempting Fate”, based on the best-selling book by Jane Green. "I’m just happy to still have a career [...] and be allowed to do what I love," she said.

Right after “Charmed” finished its run, Holly Marie Combs focused on motherhood, as in the same year of the show's last episode, Combs gave birth to her second son Riley. And only two years later she and her then-husband David Donoho welcomed their third child, one more boy - Kelley James!

Despite the happy news, their marriage soon fell apart. Holly and David filed for divorce in 2011. Meanwhile, Combs was signed for the series “Pretty Little Liars”, where she played the character of Ella Montgomery, mother of one of the main characters. The show had a successful run for seven years and came to the end in 2017.

SHE HAD HER OWN REALITY TV SHOW

Combs also starred in her own road trip reality show together with the “Charmed” star Shannen Doherty. The six-episode series followed the pair traveling across the southeastern United States, where viewers were able to vote on the activities that Doherty and Combs would partake in at each destination.

It was fun but did not bring much success to either of the actresses. Later, Combs starred in the film “Love's Complicated”, playing the lead role of Leah Townsend, a big city novel writer. And for now, that is her latest big role on screen, however, her personal life has been more successful!

Two years ago the actress pleased her fans with a photo she took to announce that her boyfriend, whose name is Mike Ryan, had popped the question. Holly shared a photo of her new diamond engagement ring and captioned the image with the words -- 'Yes. Just yes.'

In September last year, the happy couple announced that they got married in a small and quiet outdoor ceremony in Carmel, California. Apparently, nowadays the actress mostly just enjoys the blissful warmth of family life again, which is much well deserved. If that is working for her, why pursue something else?

McGowan wasn’t living a “Charmed” existence while starring on The WB’s hit supernatural show. The actress confessed that two years in a row during the filming of “Charmed” she was constantly struggling with 102-degree fevers. It was due to the stress of the high expectations of her, as McGowan had to become a better version of Doherty on the set. Despite the stress, “Charmed” brought her huge popularity and great job offers like the role in Robert Rodriguez and Quentin Tarantino's double-feature film “Grindhouse”. After her famous relationship with Marilyn Manson, she had love affairs with men, but all of them were short-term. For some time, Rose was in a relationship with artist Davey Detail.

HER LOVE LIFE KEEPS BEING EXCITING

Her love affair with Detail even evolved into marriage, but two years later, the star filed divorce papers. McGowan is currently in a new relationship with a young non-binary person model Rain Dove. Talking about her new partner with Pink News, the actress made some confessions. “It is my first time dating a non-binary person, and yeah it’s nice not going out with a man,” the actress said about her new partner. These days, she is also devoted to activism and feminist affairs, and she was also one of the first people who bravely accused producer Harvey Weinstein.

HER INVOLVEMENT WITH HARVEY WEINSTEIN

The “Charmed” star admitted that in 1997 Weinstein was inappropriate with her during the Sundance film festival and later paid her off with 100 thousand dollars. In 2017, Time recognized McGowan as one of the Silence Breakers, the magazine's Person of the Year, for speaking out about her experience with Weinstein.

Rose McGowan has also released a memoir titled “Brave” in the past years, which gives readers an uncensored look at her personal life — including her triumphs and tribulations. We surely are very interested to read what she has shared with the world, as we are certain she has been through a lot!